Rakudai Kishi no Eiyuutan (chivalry of a failed knight) is an action/romance series with similarities to Asterisk War. Produced by Studio Silverlink.

Unlike Asterisk War the anime is shorter, so there are less quotes.

If you’re a fan of the anime – here are all the best quotes worth sharing from the characters. 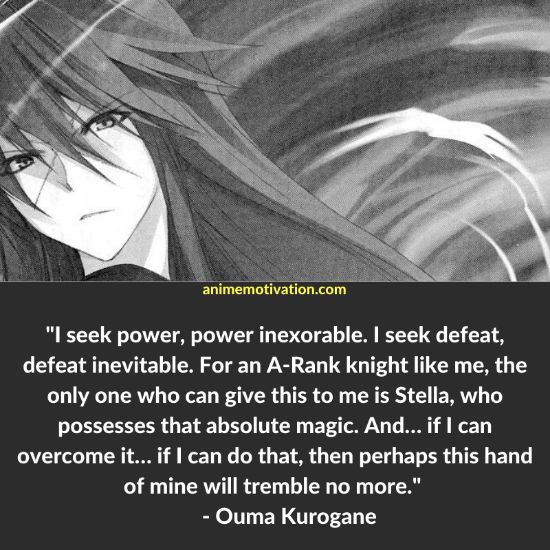 “I seek power, power inexorable. I seek defeat, defeat inevitable. For an A-Rank knight like me, the only one who can give this to me is Stella, who possesses that absolute magic. And… if I can overcome it… if I can do that, then perhaps this hand of mine will tremble no more.” – Ouma Kurogane 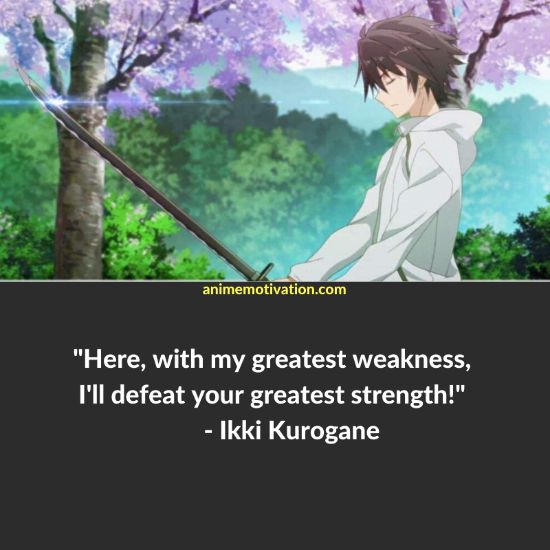 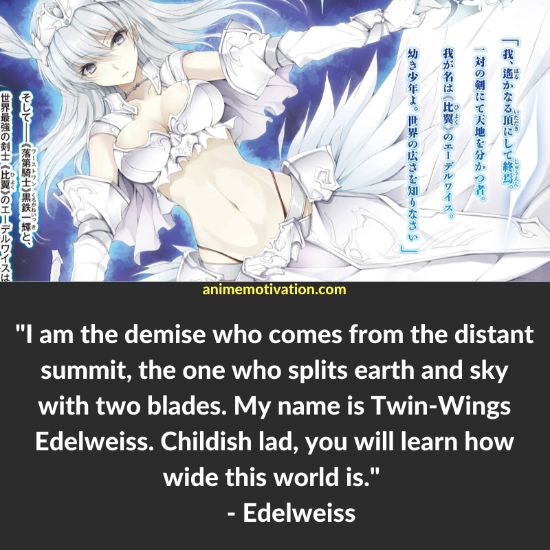 “I am the demise who comes from the distant summit, the one who splits earth and sky with two blades. My name is Twin-Wings Edelweiss. Childish lad, you will learn how wide this world is.” – Edelweiss 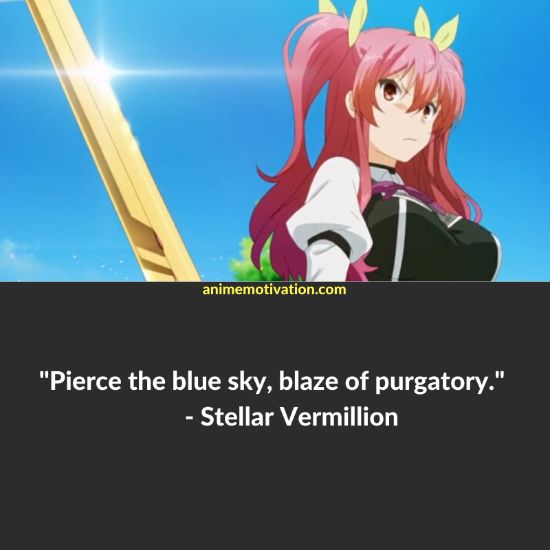 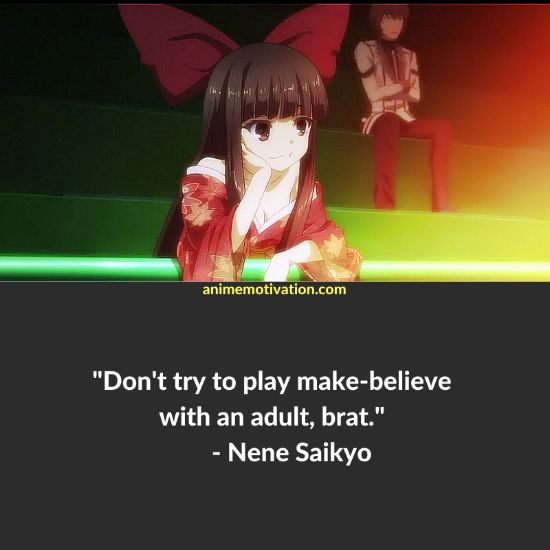 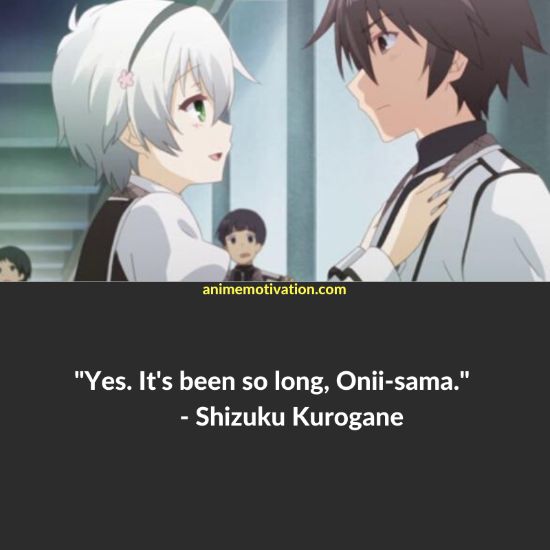 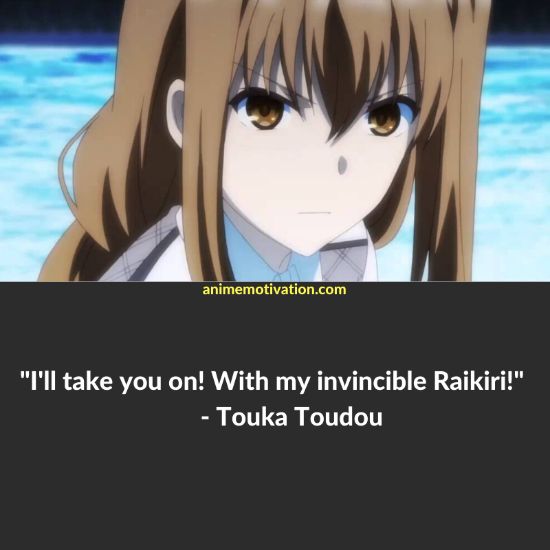 “I’ll take you on! With my invincible Raikiri!” – Touka Toudou 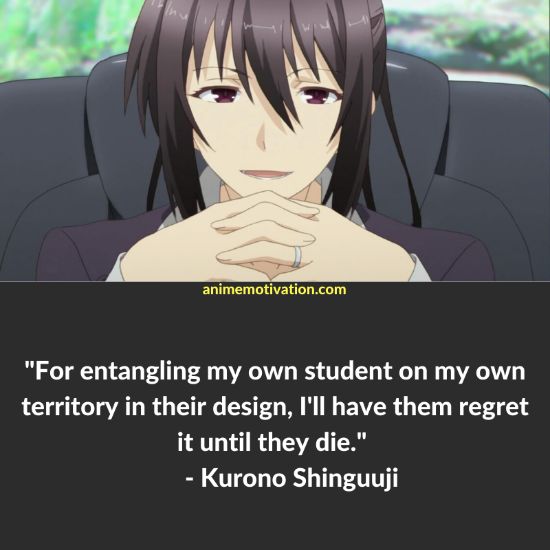 “For entangling my own student on my own territory in their design, I’ll have them regret it until they die.” – Kurono Shinguuji 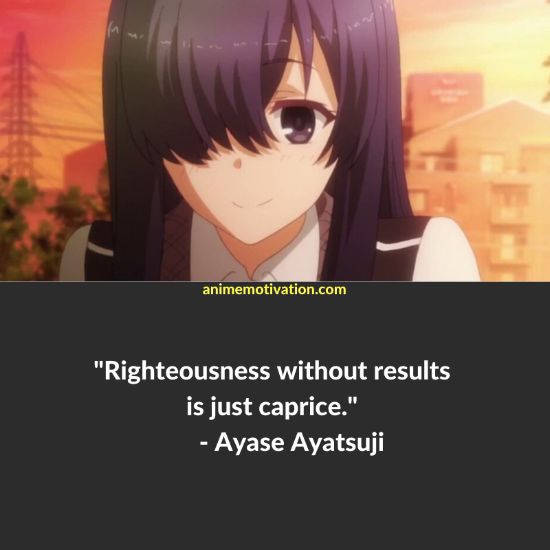 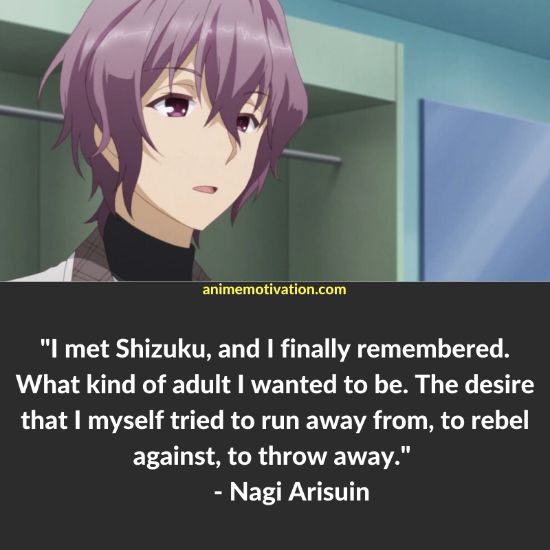 “I met Shizuku, and I finally remembered. What kind of adult I wanted to be. The desire that I myself tried to run away from, to rebel against, to throw away.” – Nagi Arisuin 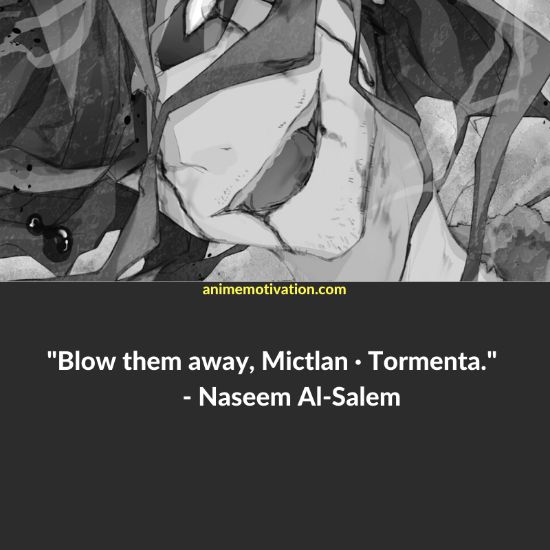 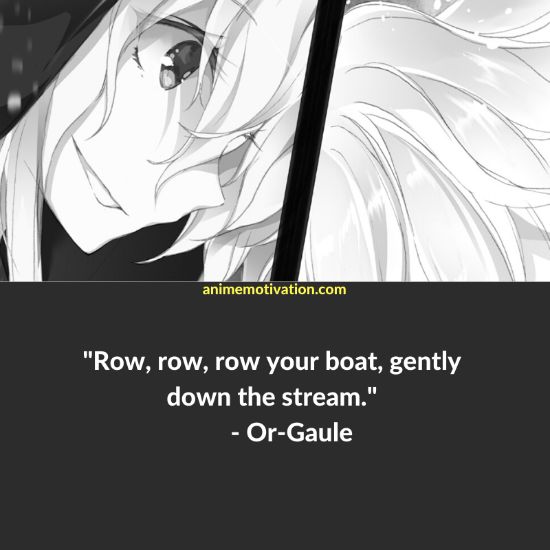 “Row, row, row your boat, gently down the stream.” – Or-Gaule 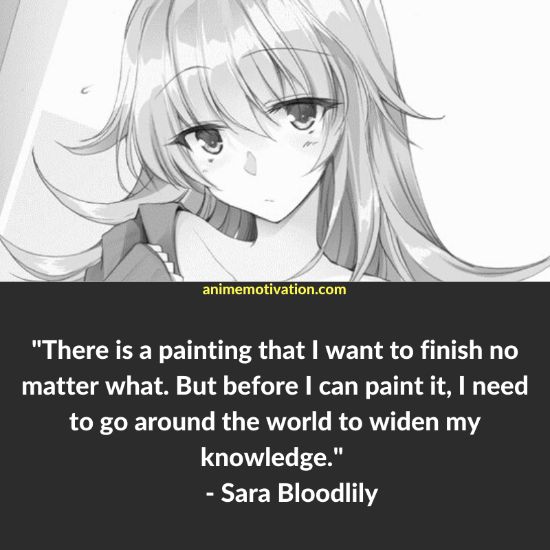 “There is a painting that I want to finish no matter what. But before I can paint it, I need to go around the world to widen my knowledge.” – Sara Bloodlily 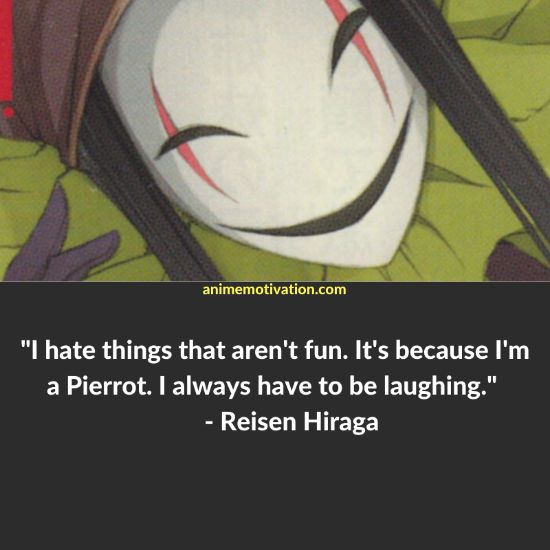 “I hate things that aren’t fun. It’s because I’m a Pierrot. I always have to be laughing.” – Reisen Hiraga 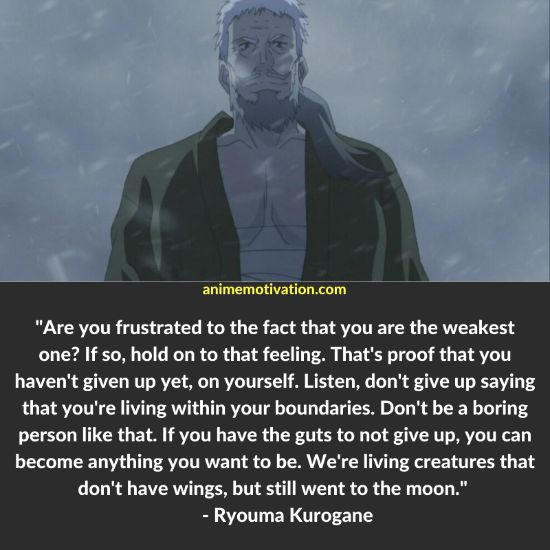 “Are you frustrated to the fact that you are the weakest one? If so, hold on to that feeling. That’s proof that you haven’t given up yet, on yourself. Listen, don’t give up saying that you’re living within your boundaries. Don’t be a boring person like that. If you have the guts to not give up, you can become anything you want to be. We’re living creatures that don’t have wings, but still went to the moon.” – Ryouma Kurogane

“Ahaha – Well, I’m a guy who does the impossible. If you can believe that.” – Utakata Misogi

“I won’t run away. I’ll be with you until the end, Touka-chan.” – Kanata Totokubara

“Okay! To all the new students, congratulations on getting in.” – Yuuri Oreki

“A weakling who cannot enjoy such a heated, deadly battle will never be called the Last Samurai.” – Kuraudo Kurashiki