It seems like SJW’S, snowflakes, and cancel culture comes in all shapes and sizes. And the hate train continues to operate.

For some reason this news hasn’t been shared by major outlets.

The book in question is:

The book was originally published by Susan J. Napier.

You can even get it on Google Play or Amazon. 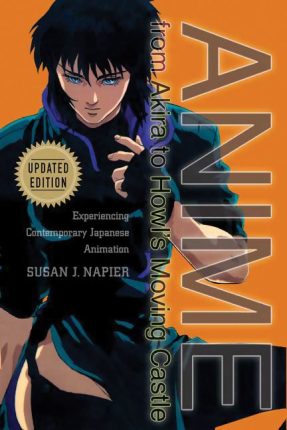 How the controversy started

As stated by The American Library Association:

“The controversy began when a 17-year-old high school student enrolled in a course at Kent State University, “College Writing 1: Social Issues Through .”

The main textbook for the course is “Anime.”

The student wrote to the professor that the book made him uncomfortable and went against his “moral obligations,” and asked for an alternative assignment. The professor responded that there was no alternative text to the main textbook for the course, and when the student refused to do the reading, he received a zero for his reading assignment.”

After a 17 year old enrolled in an course, and felt the textbook was more than he bargained for, the drama started.

Naturally he enrolled in the course so his refusal to take part in it lead his teacher to give him a score of 0.

“The student’s parents contacted state Rep. Stoltzfus, who was outraged by the book: “It’s sexually explicit with acts of sex that are unimaginable – pictures and descriptions. Somebody with a twisted mind conjured it up.”

According to Stoltzfus, “The content forwarded to me was atrocious. It’s got sexual violence, things you can’t imagine in the text that no mind should see, especially a minor.”

The book in question has nothing to do with those kinds of topics. It’s the equivalent of saying South Park is x rated.

Ironically as it always seems to be the case, homegrown books and media in the USA get a pass, but  gets the sharp end of the stick.

Taken from The American Library Association:

“I reached out to Kent State University to ask them to remove the content from the curriculum. I told their government affairs official I want it removed by Monday, and it’s a brick wall.

No one’s contacted me and said ‘We’re going to work with you on this.’ They have not reached out. They’re not going to remove it from the curriculum.”

The politician then had this to say:

“I let the university know that the material is unacceptable and apparently they think it is acceptable so if it’s acceptable, all my friends in the general assembly are going to receive a copy of this book courtesy of me.

We’re gonna look through this book, and we’re gonna decide if this university is worthy of giving 150 million dollars of taxpayer dollars to it every year.” – Reggie Stolzfus

“Kent State issued a statement asserting that it defends the basic principles of academic freedom and free expression: “Faculty have academic freedom to communicate ideas for discussion and learning to fulfil the course objectives.” 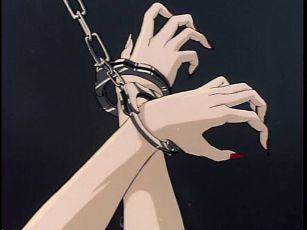 John K. Wilson, the author of the source of this topic, makes a lot of points about censorship.

Not with itself, but with the way is being censored and targeted in Kent State University.

They teach an course with the book I mentioned as the source.

In specific the material used is from a chapter called: “Controlling Bodies: The Body in Pornographic .”

In a university setting, this is being used to analyze and TALK about and the topic of focus. A debate of sorts and an intellectual discussion.

But this is being exaggerated and made to be something it’s not because one entitled, arrogant, and closed minded politician wants to censor anything HE dislikes.

That being anime in this case. Even if it’s being used for educational purposes.

Either way – this is just more proof of the disdain the loud western minority has for . Without wanting or trying to understand it.

It’s judged on face value with no context or leeway given.

What do you think about this?

Why Anime Is  Bad For You, According To The Internet