Pixiv is a platform in Japan for:

And anyone in between who focuses predominantly on anime art, art, art, and so on. The platform is a big deal, reaching 349M+ visitors a month according to SimilarWeb.

It seems similar to the approach Patreon took when they started banning anime art.

Pixiv decided to increase censorship because of outside pressure 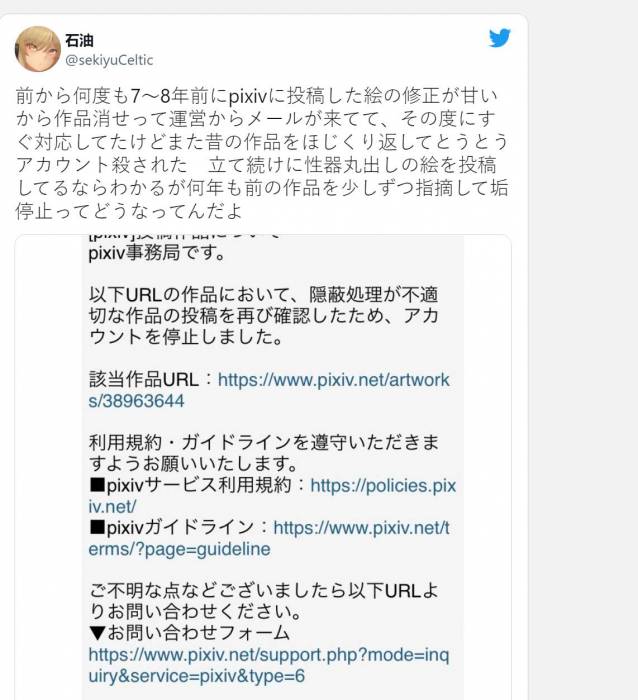 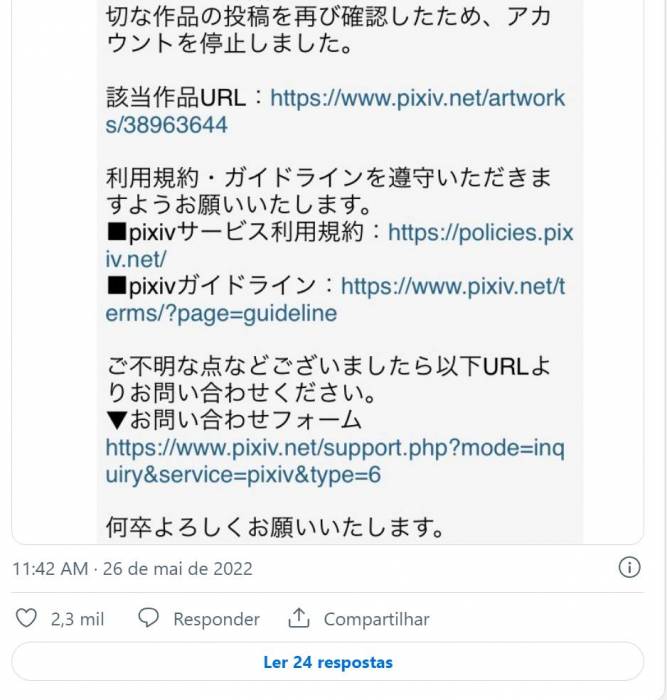 One Japanese artist in particular @sekiyuCeltic shared a Tweet with examples to make their point about the censorship going on at Pixiv.

“I get emails from management asking to delete illustrations I posted on Pixiv seven or eight years ago because they were so lax in fixing them, and every time I acted on requests right away, but then they started digging up my old one work again and they finally closed my account. I can understand your account being banned if you post illustrations in quick succession, but having your account banned for things you posted many years ago? I don’t understand.”

As pointed out by AnimeUnited:

“The artist’s post indicates that the illustration he was warned about was published about eight years ago. What might have changed in the law between then and now?”

That is the question….

What changed between 8 years ago and today with Pixiv and the “law”?

“This is not Pixiv , but a police operation provided for in the Penal Code, article 175. It is only half a rumor, but the notifications from the Internet Hotline , commissioned by the police, would have intensified and Pixiv was forced to respond to them. If the censorship is too fine, it may be a reason for police notification.”

“Pixiv is no good these days… Lots of people harassing artists with impunity while doing this.”

“Pixiv finally sided with the old men in Congress in favor of the damn law that only favors those who are afraid of sexuality.”

The gist of this issue is:

And as a result, artists are leaving the Pixiv platform. But who knows how this will effect them going forward (not likely much).

What happens next is anyone’s guess. 18+ Uncensored Anime Shows That Are Raw And Uncut