Ishuzoku Reviewers is STILL being talked about. Even since I originally broke the news relating to Funimation.

The has been in so many controversies and it’s not gonna stop anytime soon.

The latest news with Ishuzoku Reviewers is connected to MyAnimeList. 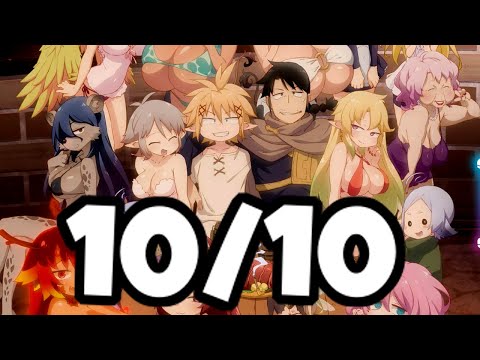 It all starts with this video by Nux Taku. A YouTuber I’ve covered:

The long and short of it is he told his subscribers to VOTE 10/10 for Ishuzoku Reviewers on MAL.

With 1.1M+ subscribers, it’s clear a nice chunk went ahead and shot it up to the #2 spot.

Lost Pause covered it, too 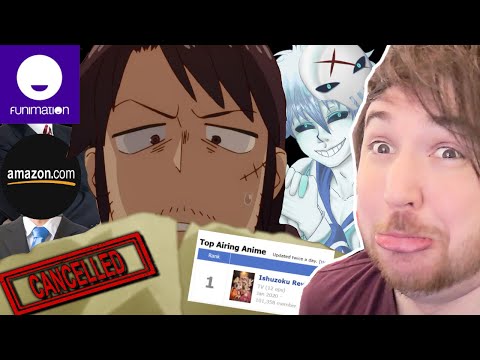 Ever since Lost Pause and Nux Taku dropped these videos, asked their fans to “vote” for Ishuzoku Reviewers on MAL… Followed by Ishuzoku Reviewers climbing to the #2 spot, MyAnimeList has come out swinging with left and right hooks. “What happened to the score?

On Wednesday, one YouTuber told his 1 million followers to go to MAL, register an account if necessary, and vote Ishukozu Reviewers a 10.

Another YouTuber with 1.4 million followers has now jumped on the bandwagon and told his followers to do the same.

Will this be fixed?

For some reason the moderator won’t mention Nux Taku and Lost Pause. But instead says “YouTuber”.

If they’re trying to stop people from seeing their videos or “Google’in” them it’s pointless.

It’s blatantly obvious who they are.

I wanted to make a follow-up post here, in light of the current onslaught of Ishuzoku Reviewers—led by one individual who has seemingly either lost his marbles or let internet fame get to his head. Thanks to this individual’s easily-influenced mob followers, Ishukozu Reviewer’s score has been tampered with so badly, it makes the trolls who spammed Chihayafuru 3 look weak. I don’t have words to express how such a display of thoughtlessness makes the staff feel, particularly Luna and I who were in a sheer panic when we first saw the flood of scores.

Negativity aside, I managed to find two silver linings in this whole fiasco.

Before all this happened, I received word that the development team may be done Phase 1 sooner than expected, and so we were trying to schedule an earlier release date (taking into consideration the weekend and national holidays in Japan). Silver lining #1 is we shouldn’t have to live with this long.

Second, we were so focused on combating illegitimate scores given by duplicate account creation, we didn’t consider illegitimate scores given by legitimate users due to vote brigading. Don’t get me wrong, we want to tamper with MAL scores as little as possible. However, when an entry receives upwards of 15,000 “10” votes in less than 24 hours and those votes can be linked to one source, there is clearly a problem. Silver lining #2 is we will try to modify what we’re releasing in Phase 1 to also deal with this (and similar cases like it).”

MAL isn’t backing down and made their points clear: they’re not tolerating it.

The community (and Lost Pause + Nux Taku) heard this loud and clear.

Lost Pause responded to it on his channel: 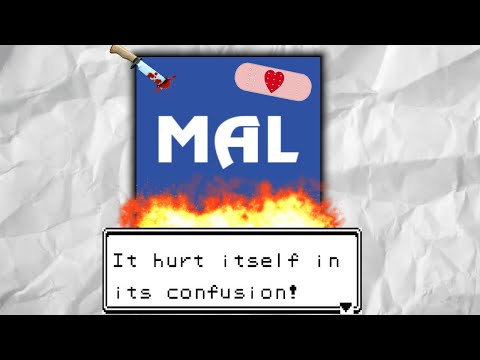 It makes more back-breaking work for VOLUNTEERS who are already at their limit to keep MAL running.

And it’s lead to a strange but curious discussion about MyAnimeList volunteers, and how MAL operates.

Why are the volunteers having to do the work? If this is such a big problem and such a major issue, wouldn’t it make sense for the staff being paid from MAL’s Affiliation and 10,000 dollars/month minimum advertisement per company to do the work?

“Why are the volunteers having to do the work? If this is such a big problem and such a major issue, wouldn’t it make sense for the staff being paid from MAL’s Affiliation and 10,000 dollars/month minimum advertisement per company to do the work?”

What this person’s saying is:

So why are volunteers breaking their backs to do this type of work, when their paid stuff should be stepping in?

Hey, a brilliant idea here: Why doesn’t MAL use the $10,000+ they get monthly for every ad on the site to actually pay their staff instead of imposing “back-breaking work” on free labour? Upvoting a cancelled is a sin but slavery is ok? Man, you’ve got your priorities wrong

As we can see – there are other Tweets bringing up the same thing, with no response from MAL or anyone in particular.

fans are sceptical of how MyAnimeList operates

So, if it is back-breaking? Why don’t you use paid staff as opposed to unpaid volunteers?

Why isn’t you website compensating people for their time? Seems a liiiiittle slimy.

Also don’t throw “abusing volunteers” out when the only reason they are volunteers is your website isn’t paying people.

Strange how you’re dodging that not paying your staff is slimy. Good to know that we’re on the same page, then 👍

The gist of this conversation is this:

“If MAL is a company with paid staff and they make $10000’s of dollars a month, why are volunteers forced to do ALL the work?”

There seems to be no direct answer to that question.

MAL is built on a mutual relationship between the parent company and community, which we willingly participate in. Paid or not, purposefully causing grief for staff anywhere is simply not on.

And I’ve already seen the sensationalist video/article this misinformation came from.

The social media managers response is a political one:

“MAL is built on a mutual relationship between the parent company and community, which we willingly participate in. Paid or not, purposefully causing grief for staff anywhere is simply not on. And I’ve already seen the sensationalist video/article this misinformation came from.”

I’m the one who broke the news related to this in “article” form, if they mean the NDA rumor.

But back to the point – still no direct answer to why volunteers are doing all the work.

This is only one person on behalf of MAL, but they make it sound like MyAnimeList is run like Wikipedia… Which is far from the truth.

Wikipedia isn’t for profit, but MyAnimeList is.

So it’s a strange, almost cryptic thing to point out or defend.

MAL reacted badly. This is free promotion. I didn’t even know about MAL until now because of @Nux_Taku . I would’ve gone to the site, but seeing their poor response & character assassination to Nux & Noble I won’t. MAL site isn’t 100% unique. I can find another rating site.

But for the most part – the majority disagree with MAL’S stance on the whole thing.

Some fans see it as nothing more than a joke, or sarcasm at best. Which it was.

MAL didn’t take it that way though.

What’s your stance on this debate?