The and industry can get weird at times. There’s no denying that even if it’s not the norm or the majority when it does get weird.

It doesn’t need to be for that to happen either.

Seven Seas Entertainment, a big publishing company in LA , USA, who publishes recently made an announcement that doesn’t go unnoticed.

That announcement is about a called My Secret Affection, which will release January 2023. And it’s nothing like anything that’s typical of the industry.

“Brand-new license announcement! MY SECRET AFFECTION, a sweet shojo series by Fumi Mikami. After meteorites from space turned everyone on Earth gay, what happens when a girl falls for her childhood friend who’s a boy?”

They also say this is a SHOUJO, obviously with a twist. 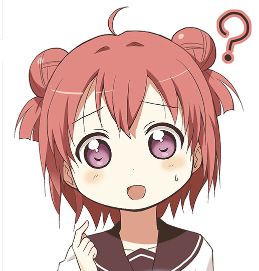 “In this sweet, unforgettable shojo , space made the world gay. What happens when a girl likes a boy in this new reality?

It’s been thirty years since meteorites from space turned everyone on the Earth gay. In a world where heterosexuality no longer exists, Takanashi Kazusa falls for her childhood friend Ayumu–a boy. Though she’s doing everything she can to act normal whenever they hang out, her love for Ayumu is growing stronger by the day. How much longer can she hide her secret feelings?”

And there it is in black and white. Meteors from space, strange meteors I should say end up crashing on Earth and making all the straight guys…. Gay.

Similar to World’s End Harem with the handful of Men who survive, My Secret Affection has one girl who unlike all the Men she’s still straight (heterosexual). 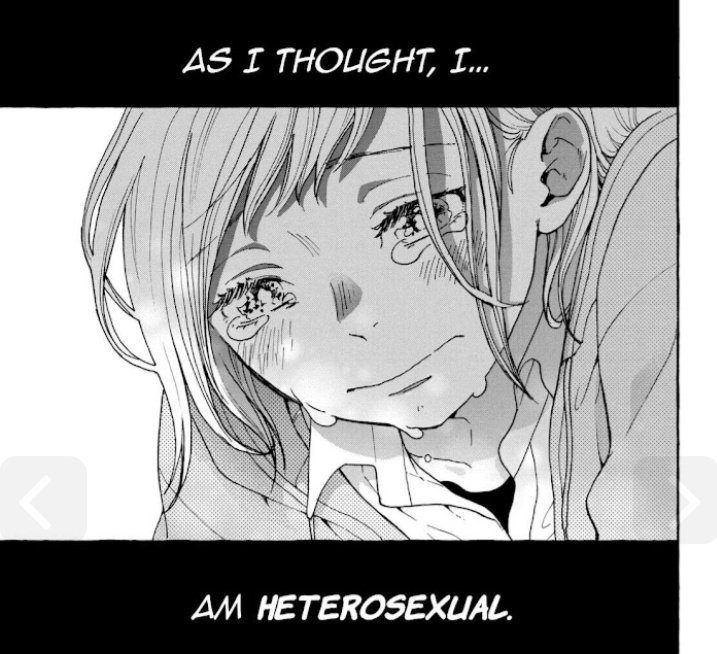 This complicates things as you can imagine since a straight person and a gay person aren’t attracted to each other. But in this context they’re implying it can lead to something that usually wouldn’t take place.

Is it too much of a pun to say it’s pretty ghey? 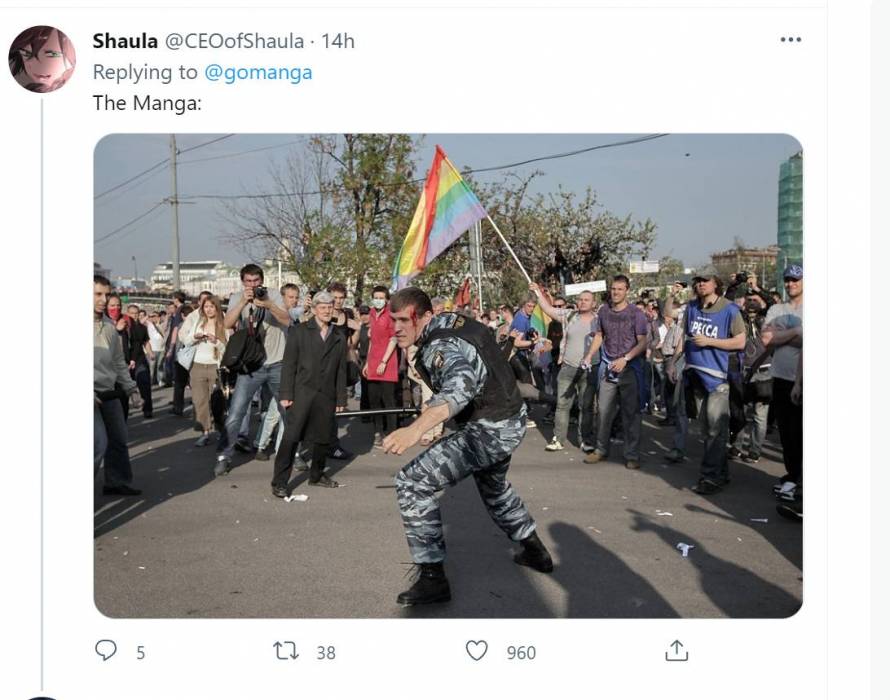 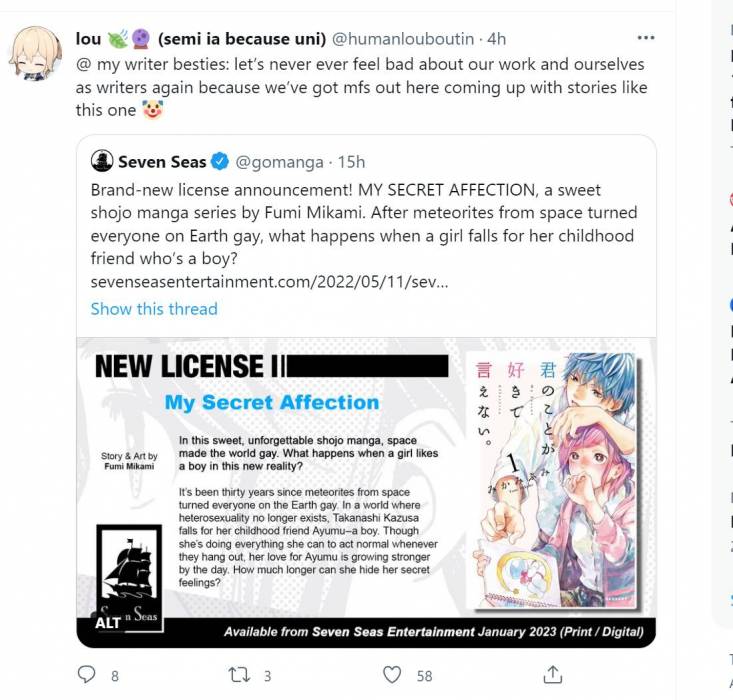 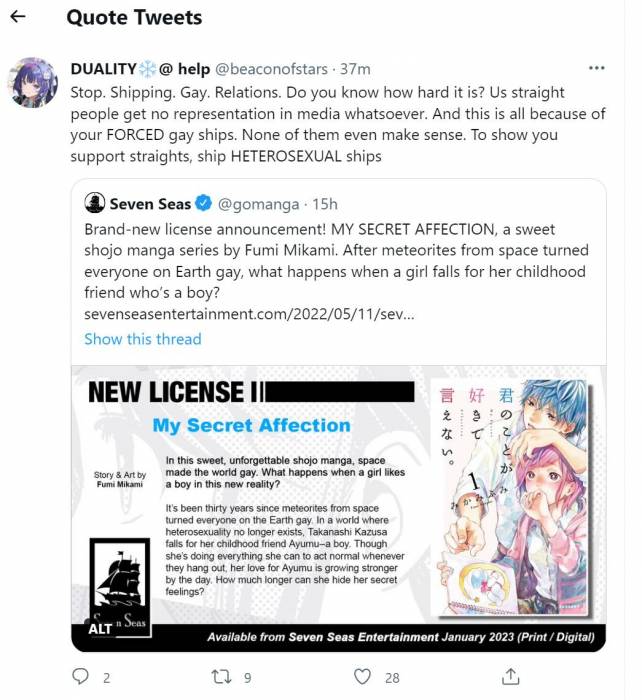 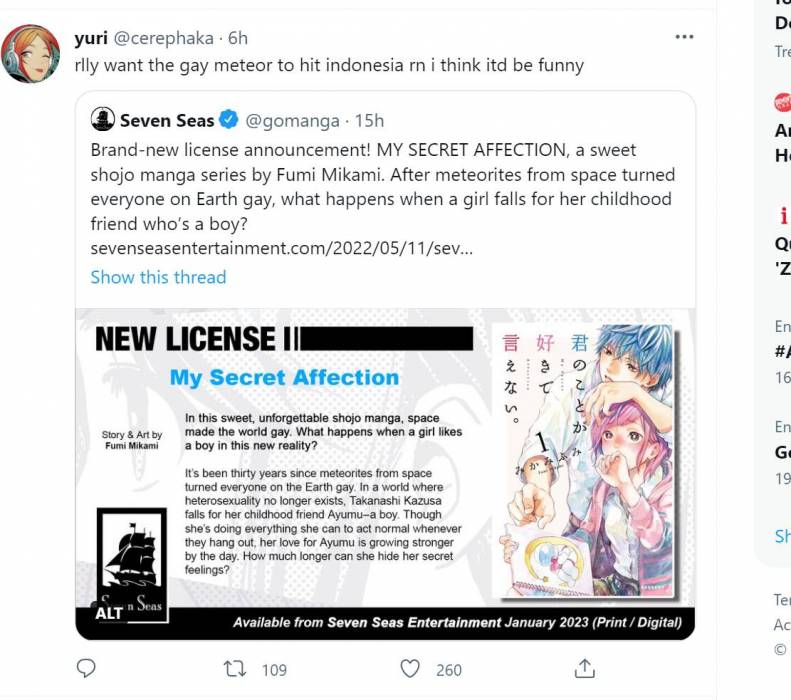 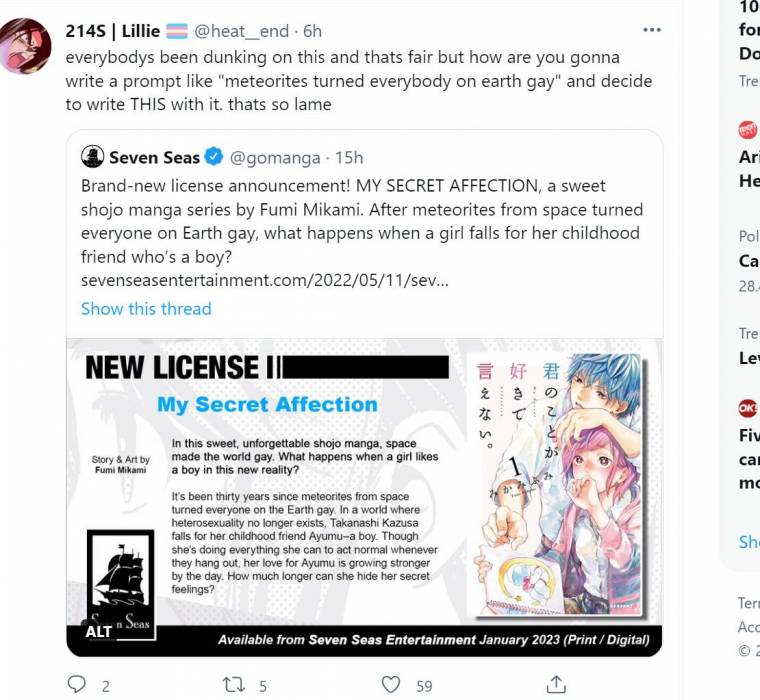 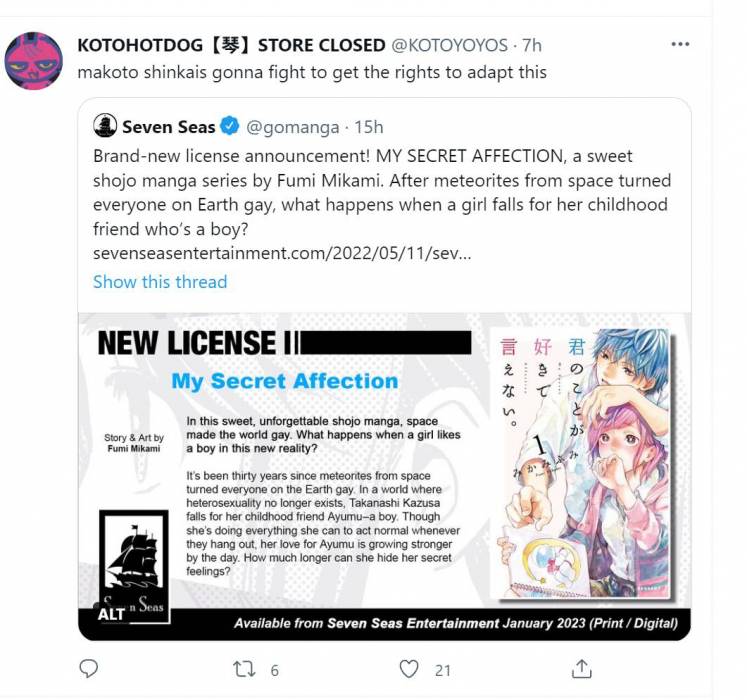 As you can see from the variety of responses, some people are cool with it, some are finding humor in it, and others can’t stand the thought of it.

It seems to me like most fans reacting have a problem with the , the author, or some other reason they’re not saying.

Either way the is still getting people talking and once it drops in January 2023 (if there’s no setbacks) that conversation will only explode more. And might even cause controversy….

Especially if it’s ever adapted into an series. 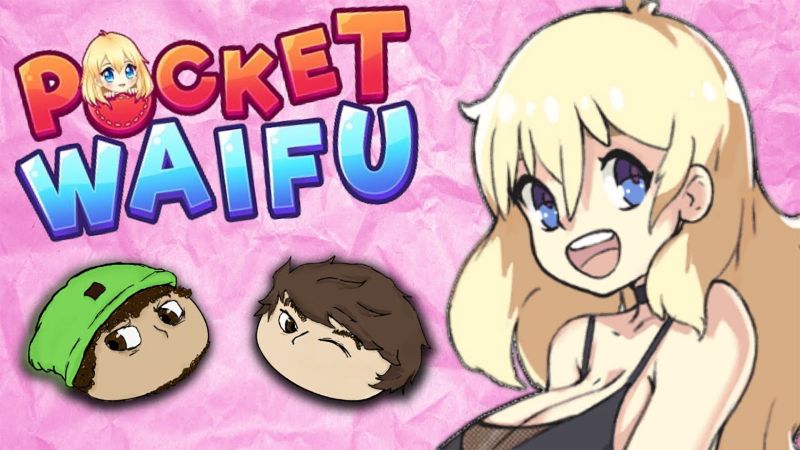 Is Spy x Family Overrated GARBAGE Or A Genuine Masterpiece?