Motivation is known for original posts from a data stand point.

Being the first anime site to do this style of content since 2016, it’s not surprising.

In the past it’s been about:

And a similar format for Pokemon, Redo Of Healer, , not to mention vs Hollywood (statistically) and many others.

The data is taken from:

And 187 countries were analyzed to come to the below results.

The list first started out with 100 titles, then was narrowed down to 20 with a time frame of the last 90 days!

1. Most popular by country (worldwide) 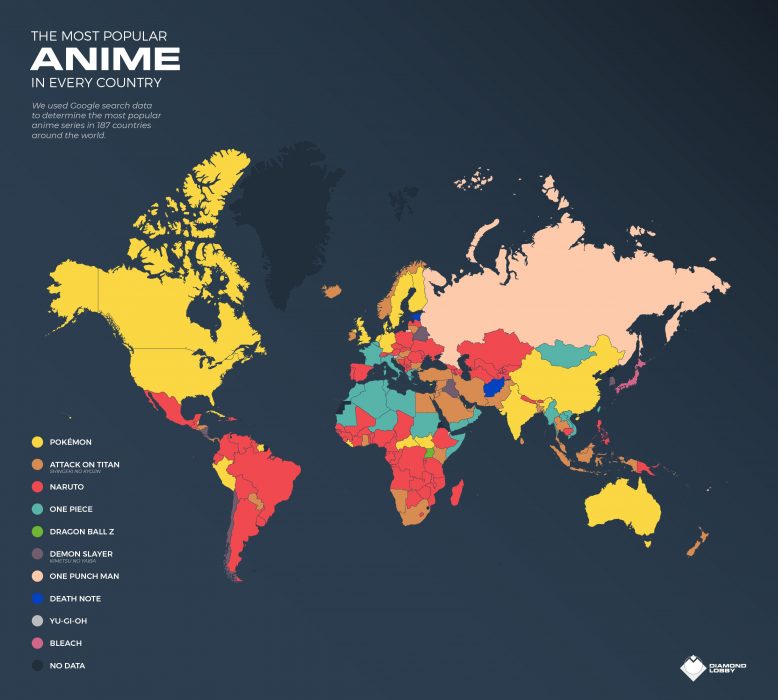 When you measure the most popular by country, worldwide, POKEMON comes out on top. Mostly thanks to America.

But it’s also true with Australia, and some parts of Asia.

One Punch Man is particularly popular in a specific part of the world. With the rest (not including ) split up across the maps.

Related: Did You Know The Biggest Pokemon Fans In The World Are In These Top 25 Countries?

2. Most popular in North/South America 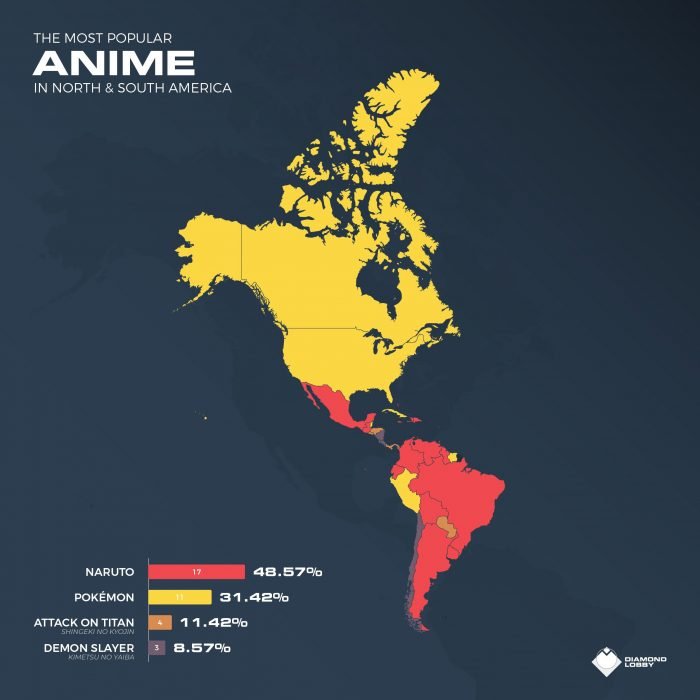 North & South America are very particular. Only 4 are the most dominant.

Next is Attack On Titan and one of the newest, best selling shonen: !

3. Most popular in Europe 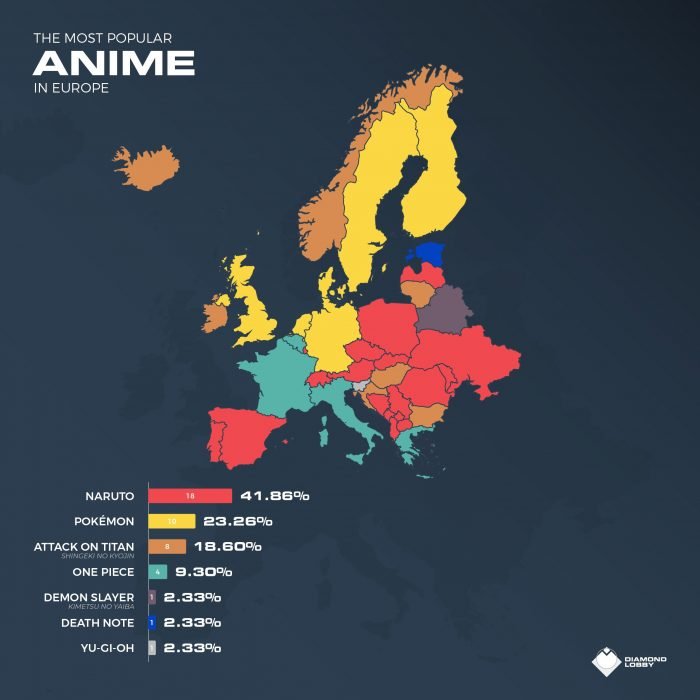 In the continent of Europe, wins out with over 41% preferring the series above others.

Pokemon is 2nd with 23%, with the rest in the single digits, including AOT, OP, DS, and Yugioh.

4. Most popular across Asia 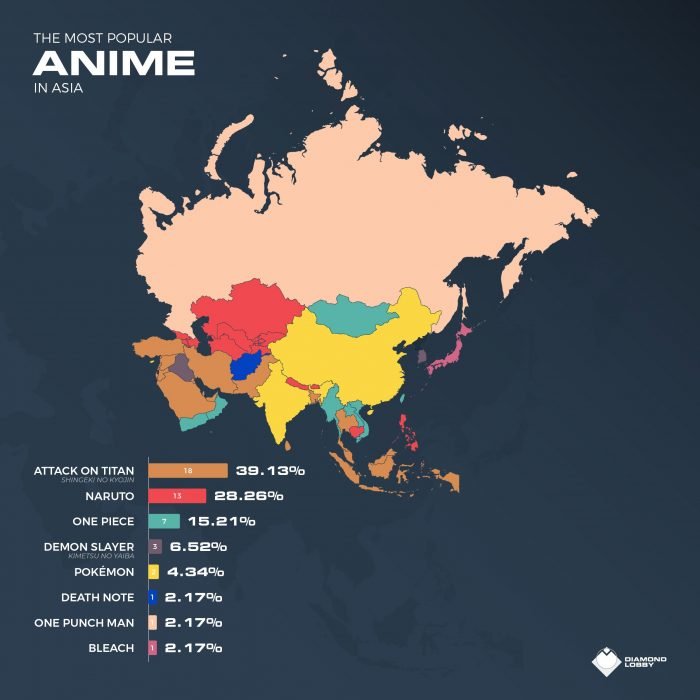 Attack On Titan sits at 39.13%, with and next in descending order.

, a new-ish Shonen ranks higher than Pokemon, , One Punch Man and Bleach across Asia in general.

Relevant: 67+ Meaningful Quotes From Attack On Titan Will Hit You Hard

5. Most popular across Africa 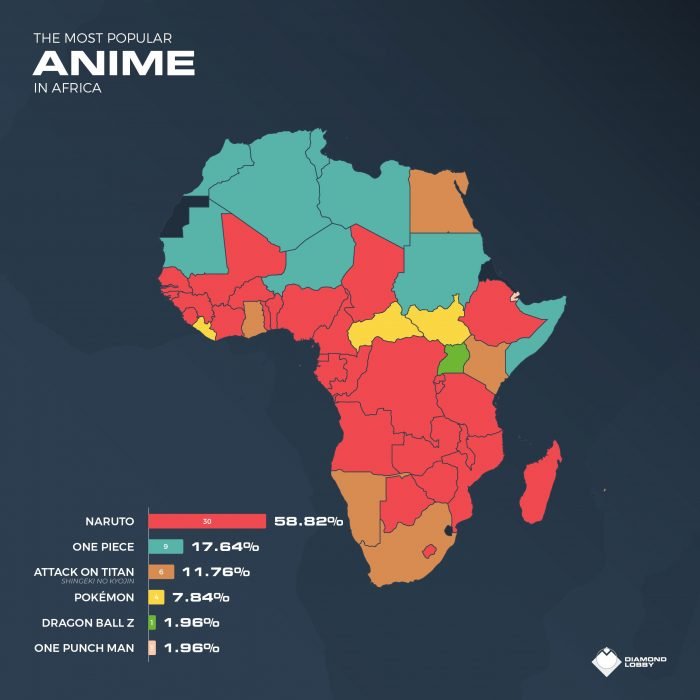 In Africa, the motherland, is dominant with 58% of Africans preferring it over the others when broken down.

and Attack On Titan are next in line, with Pokemon beating out DBZ and One Punch Man (the latter which are equal).

6. Most popular in Oceania 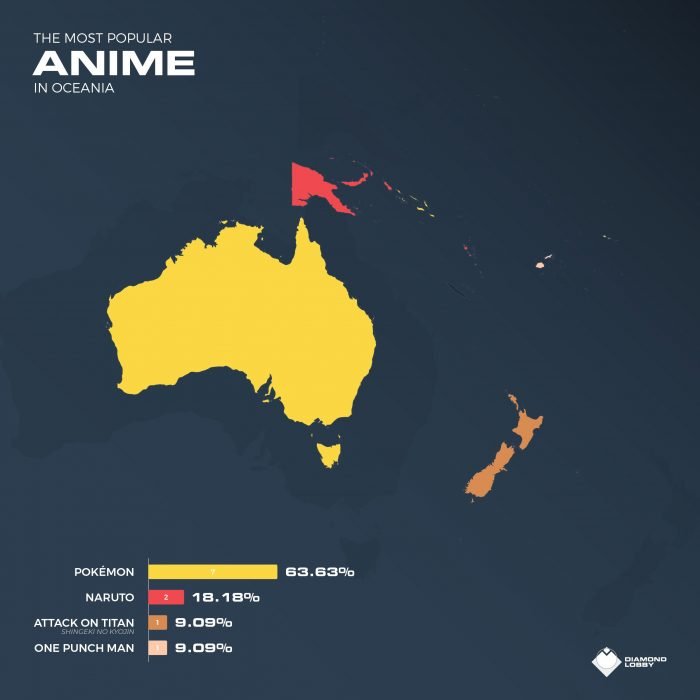 Throughout Oceania, Pokemon is the dominant series with over 60% of people favoring the .

Next in line is with 18%, and Attack On Titan in sync with One Punch Man by percentage.

What do you think of the statistics in relation to your country or continent?

The Popularity Of K-Pop Vs Anime, And The International Influence Between Both