Problem Children Are Coming From Another World Aren’t They? Also known as Mondaiji Tachi is an Isekai with a long title, an OP main character, and elements similar to One Punch Man.

Whether you’re a fan or looking for quotes from characters you liked, this list will do it. 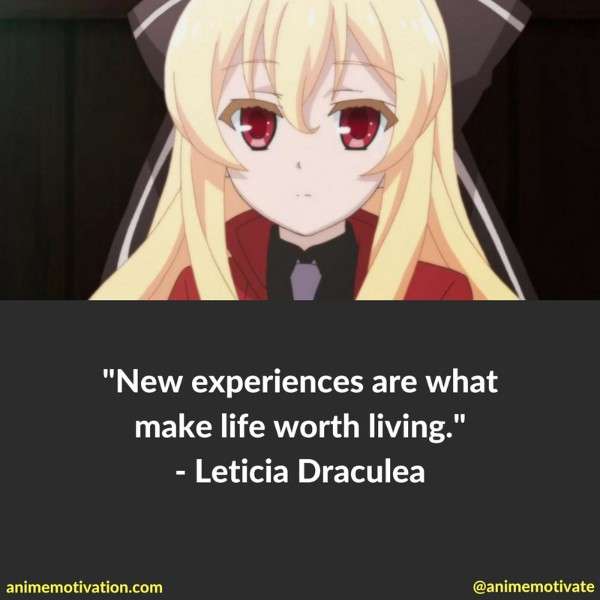 “New experiences are what make life worth living.” – Leticia Draculea 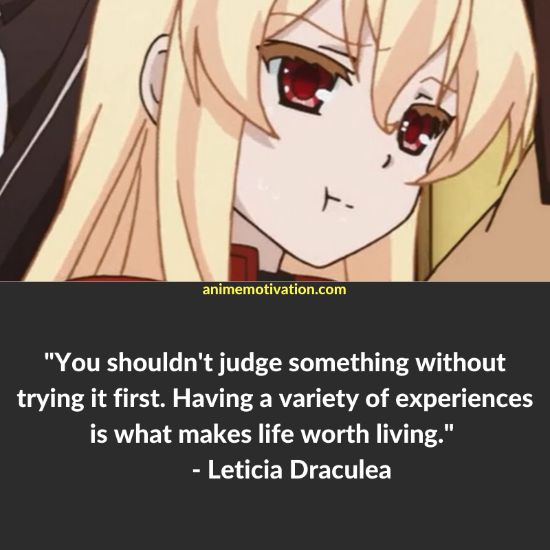 “You shouldn’t judge something without trying it first. Having a variety of experiences is what makes life worth living.” – Leticia Draculea 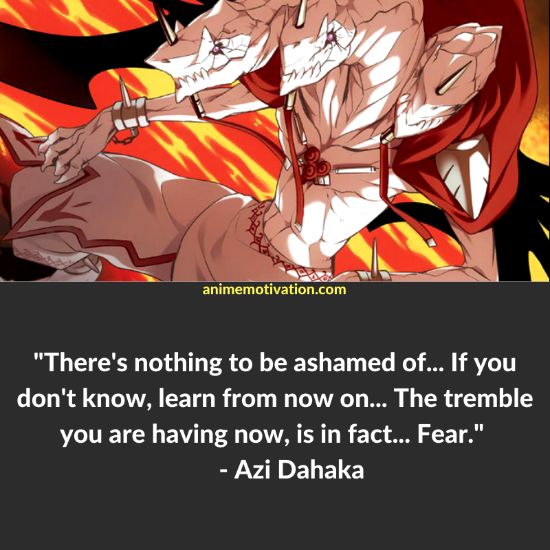 “There’s nothing to be ashamed of… If you don’t know, learn from now on… The tremble you are having now, is in fact… Fear.” – Azi Dahaka 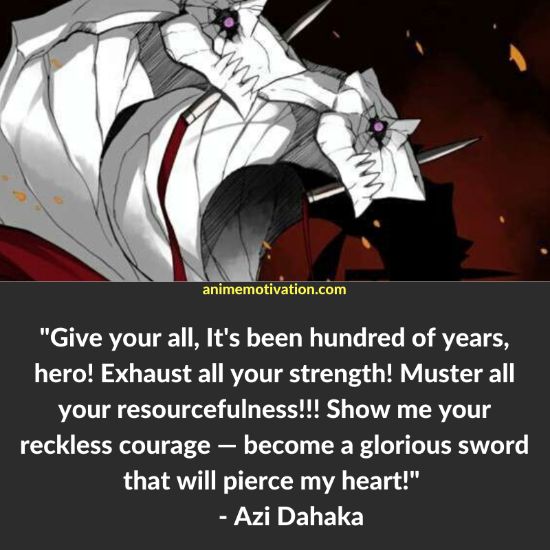 “Give your all, It’s been hundred of years, hero! Exhaust all your strength!!! Muster all your resourcefulness! Show me your reckless courage — become a glorious sword that will pierce my heart!” – Azi Dahaka 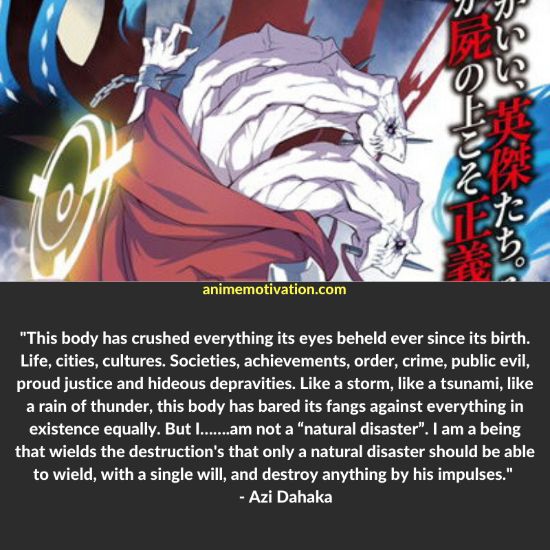 “This body has crushed everything its eyes beheld ever since its birth. Life, cities, cultures. Societies, achievements, order, crime, public evil, proud justice and hideous depravities. Like a storm, like a tsunami, like a rain of thunder, this body has bared its fangs against everything in existence equally. But I…….am not a “natural disaster”. I am a being that wields the destruction’s that only a natural disaster should be able to wield, with a single will, and destroy anything by his impulses.” – Azi Dahaka 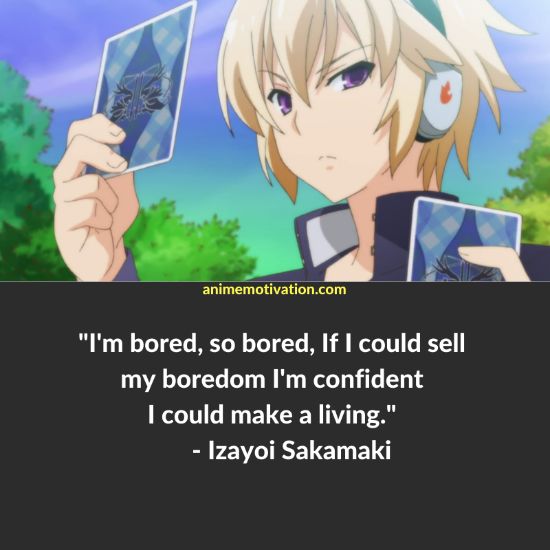 “I’m bored, so bored, If I could sell my boredom I’m confident I could make a living.” – Izayoi Sakamaki 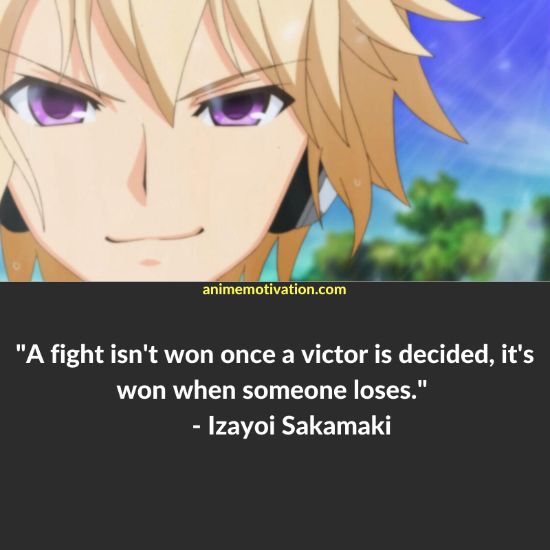 “A fight isn’t won once a victor is decided, it’s won when someone loses.” – Izayoi Sakamaki 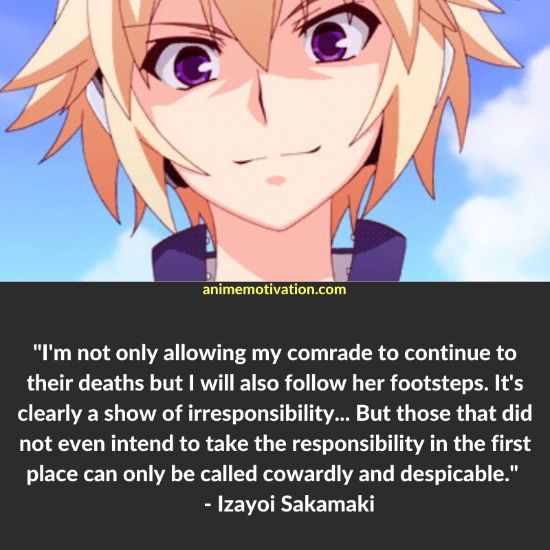 “I’m not only allowing my comrade to continue to their deaths but I will also follow her footsteps. It’s clearly a show of irresponsibility… But those that did not even intend to take the responsibility in the first place can only be called cowardly and despicable.” – Izayoi Sakamaki 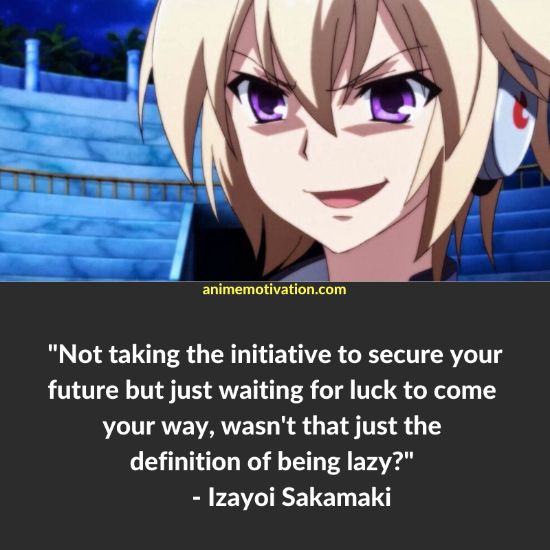 “Not taking the initiative to secure your future but just waiting for luck to come your way, wasn’t that just the definition of being lazy?” – Izayoi Sakamaki 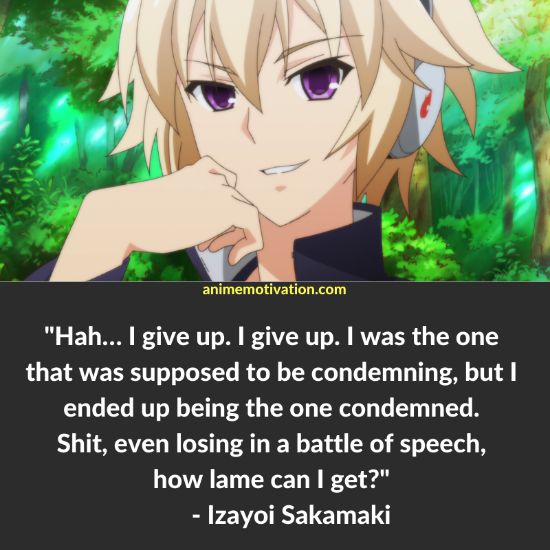 “Hah… I give up. I give up. I was the one that was supposed to be condemning, but I ended up being the one condemned. Sh*t, even losing in a battle of speech, how lame can I get?” – Izayoi Sakamaki 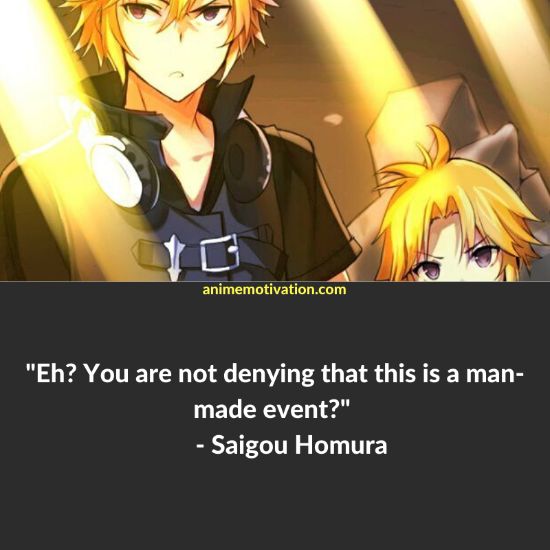 “Eh? You are not denying that this is a man-made event?” – Saigou Homura 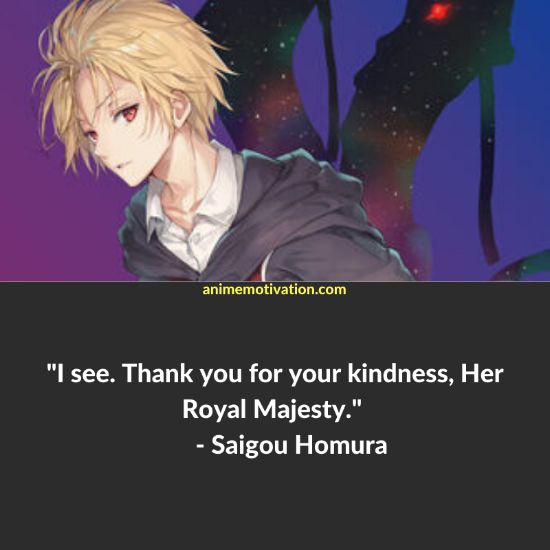 “I see. Thank you for your kindness, Her Royal Majesty.” – Saigou Homura

A Collection Of Houkago no Pleiades Quotes With Meaning

The Best List Of Haibane Renmei Quotes To Remember