She may look “fancy” on the outside, but on the inside she’s a warrior with a fiery determination. Not surprising considering she’s treated like a piece of shit picked up off the street in her childhood.

Some fans don’t like her, especially in the beginning of the . But she’s a character to be remembered because of her depressing story in .

Here are some quotes you can relate to and take inspiration from. “No one would help me. And that’s when I understood… That only I could help myself.” – Mine

In the end you can only help yourself. Especially when nobody else is willing to help you.

Others can help you, of course. But if you really want to get the job done and accomplish something, you’re the one who matters most. 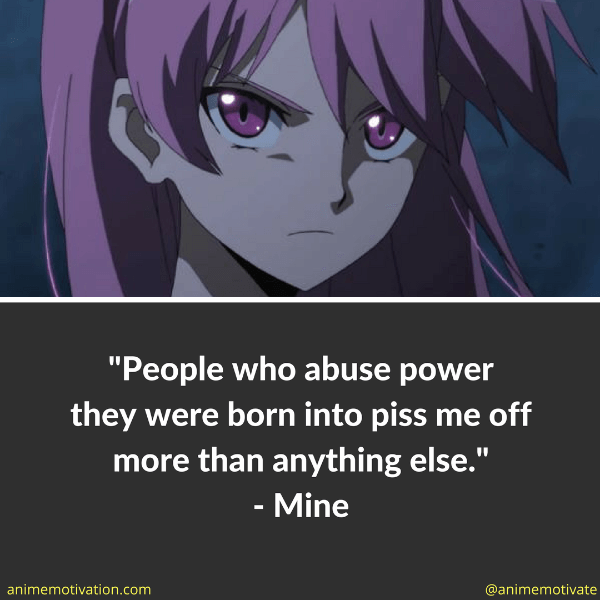 “People who abuse power they were born into piss me off more than anything else.” – Mine

Power is good in the right hands. But in the wrong hands terrible things happen. Never take your power for granted. 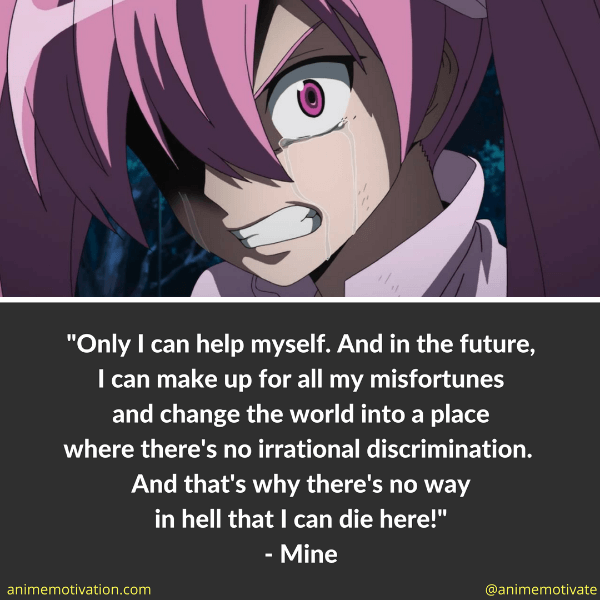 “Only I can help myself, and in the future, I can make up for all my misfortunes and change the world into a place where there’s no irrational discrimination and that’s why there’s no way in hell that I can die here!” – Mine

This has to be Mine’s best quote. She cares for people. She wants the world to be a more positive place.

Anybody who wants that and is willing to work for it is admirable. And quite the inspiration! 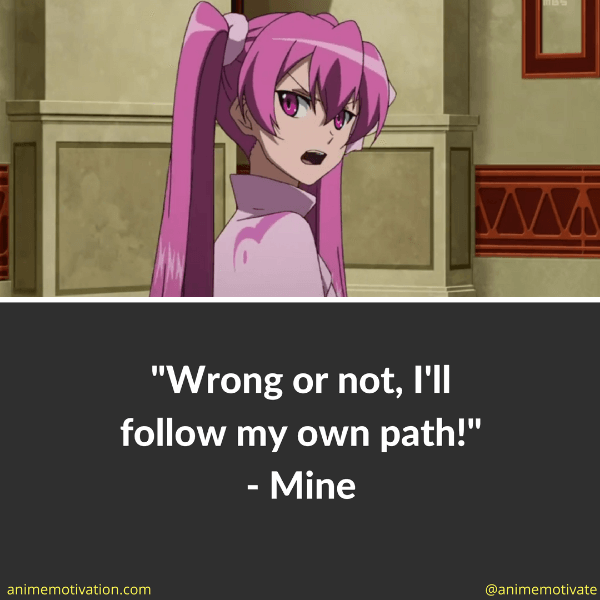 If you stand for something, you’ll stand for nothing. Even If what you’re trying to do is tough.

Even if people don’t agree with it, you have to follow your own path and do what you believe is right.

50 Motivational Anime Quotes That Will Sweep You Off Your Feet