Minato Namikaze is known as “yellow flash” of the series because he’s so fast. Even the lightning clan is surprised at his level of speed and technique

Similar to his son, Minato smiles a lot, is expressive, and is serious when he needs to be.

His vast life experiences as a Shinobi and the tragic events he witnesses shape his view and perspectives, and this reflects in his quotes which fans can appreciate,

You may learn something, or it may take you back to a moment in time. 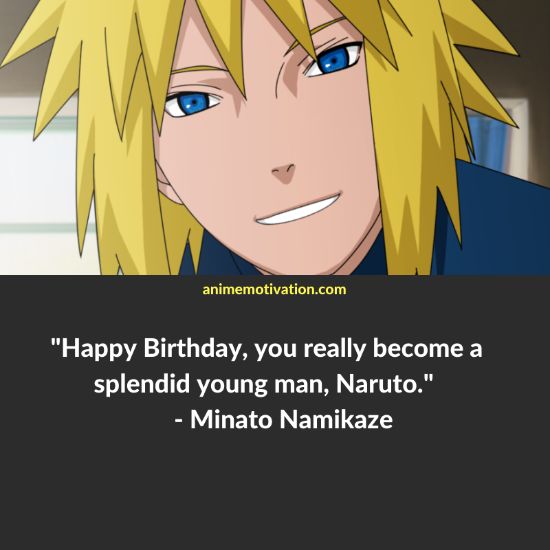 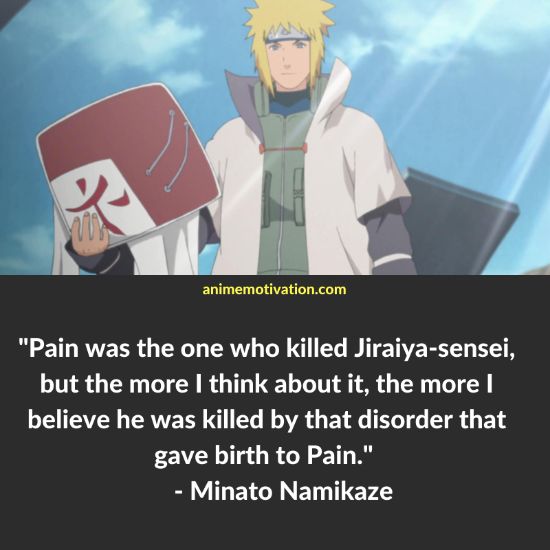 “Pain was the one who killed Jiraiya-sensei, but the more I think about it, the more I believe he was killed by that disorder that gave birth to Pain.” – Minato Namikaze 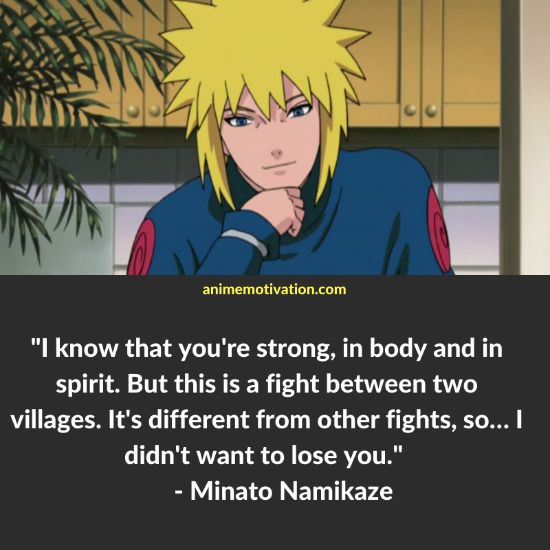 “I know that you’re strong, in body and in spirit. But this is a fight between two villages. It’s different from other fights, so… I didn’t want to lose you.” – Minato Namikaze 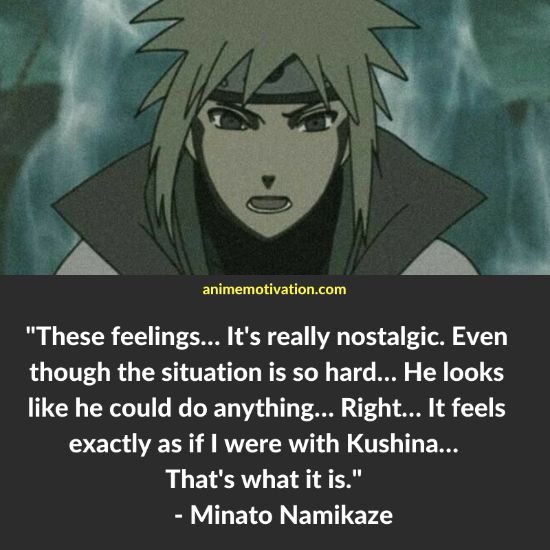 “These feelings… It’s really nostalgic. Even though the situation is so hard… He looks like he could do anything… Right… It feels exactly as if I were with Kushina… That’s what it is.” – Minato Namikaze 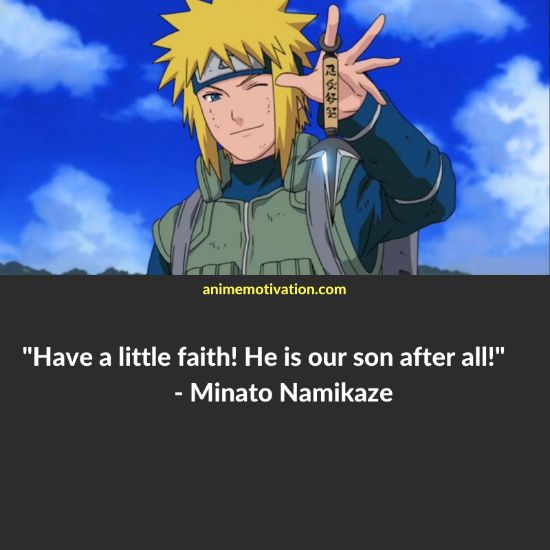 “Have a little faith! He is our son after all!” – Minato Namikaze 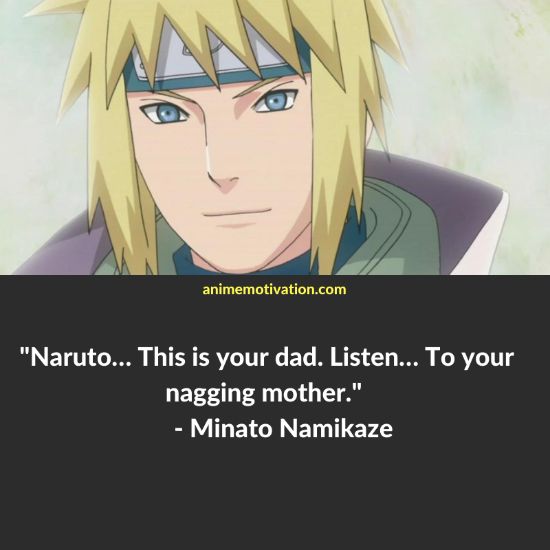 “Naruto… This is your dad. Listen… To your nagging mother.” – Minato Namikaze 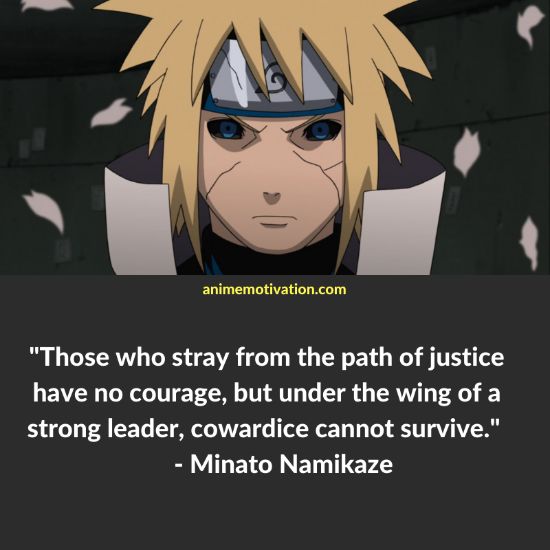 “Those who stray from the path of justice have no courage, but under the wing of a strong leader, cowardice cannot survive.” – Minato Namikaze 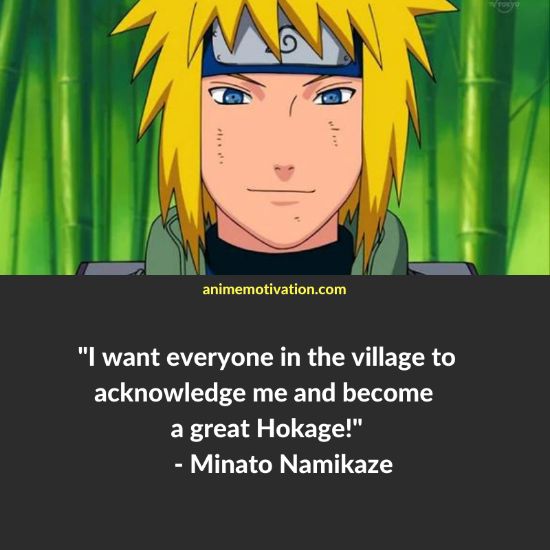 “I want everyone in the village to acknowledge me and become a great Hokage!” – Minato Namikaze 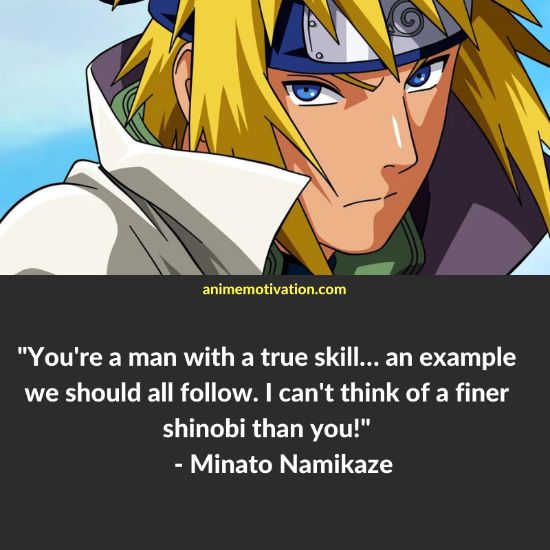 “You’re a man with a true skill… an example we should all follow. I can’t think of a finer shinobi than you!” – Minato Namikaze