“I see. Well, this is normal with my mother. I’m just one of her dolls.” – Mei Misaki

There’s something very cold and emotionless about Mei Misaki. That’s the feeling you experience when you first watch Another.

But as you get deeper into it, you realize Mei’s not really cold. She’s more caring than she seems, and she’s a deep thinker.

It’s her deep thoughts that make her quotes so special and relatable.

Let’s get into those quotes below. 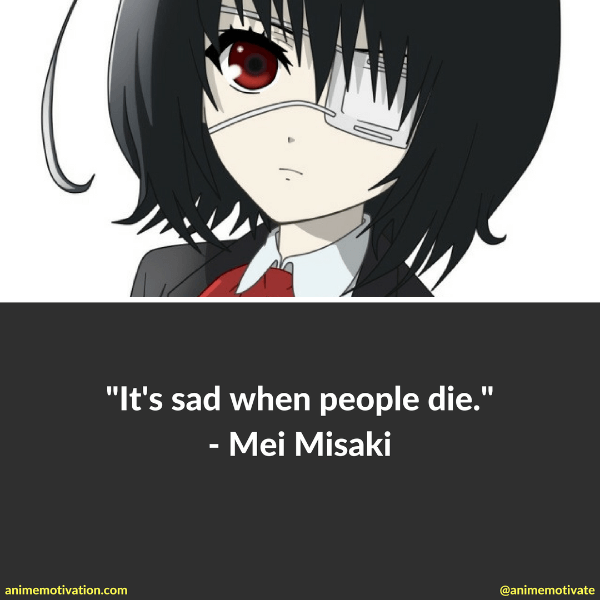 Mei mentions this right after a death in Yomiyama middle school. 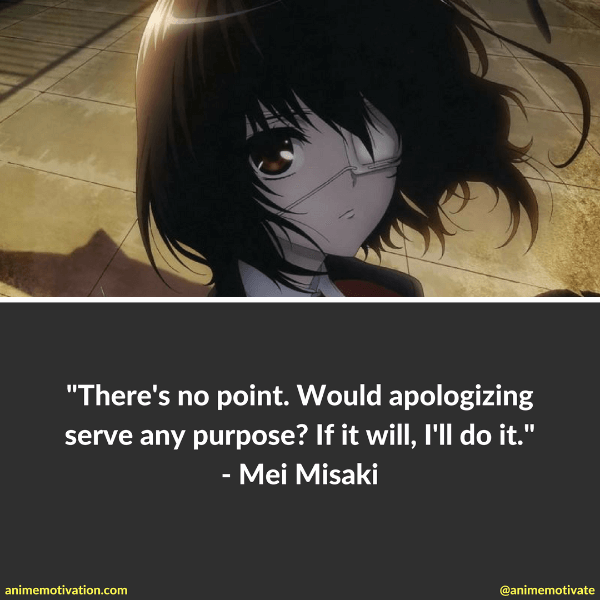 “There’s no point. Would apologizing serve any purpose? If it will, I’ll do it.” – Mei Misaki

Before apologizing, think it through. You’re not always in the wrong, even if it seems so. 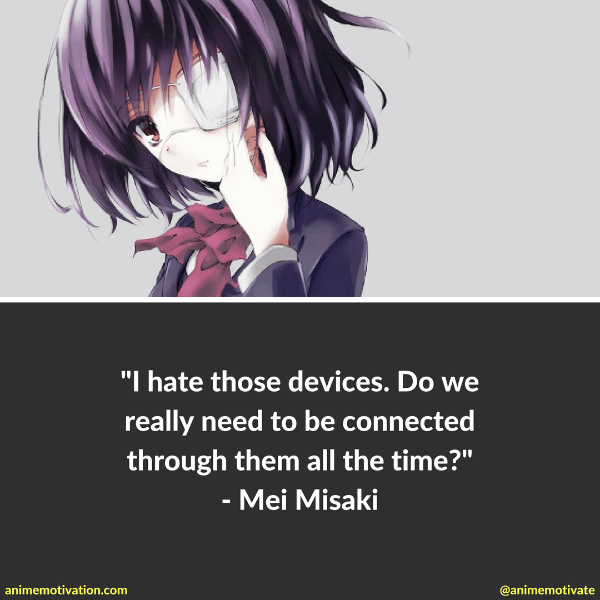 “I hate those devices. Do we really need to be connected through them all the time?” – Mei Misaki

Mei says this at the end of the last Another episode to Kouichi Sakakibara. “No matter how many relationships we seem to have, we’re all alone.” – Mei Misaki

What Mei means is – everything is centered around ourselves. And no amount of relationships can change that fact. We’re by ourselves regardless. 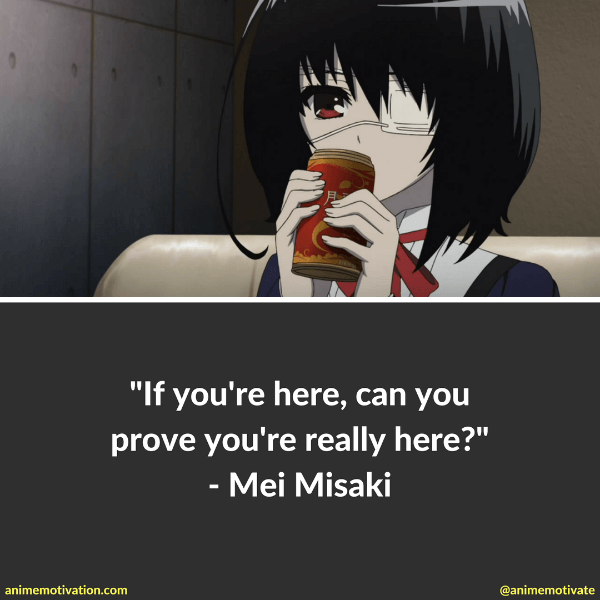 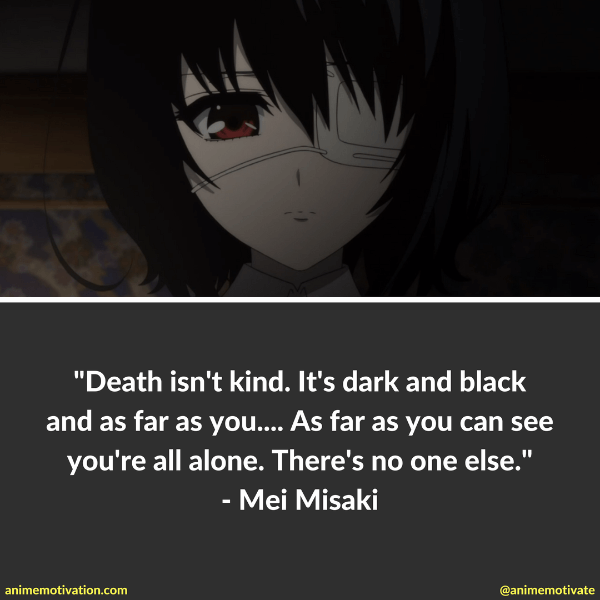 “Death isn’t kind. It’s dark and black and as far as you… As far as you can see you’re all alone. There’s no one else.” – Mei Misaki

Death is an ugly thing in life. And it’s a personal issue we all have to experience one way or another. 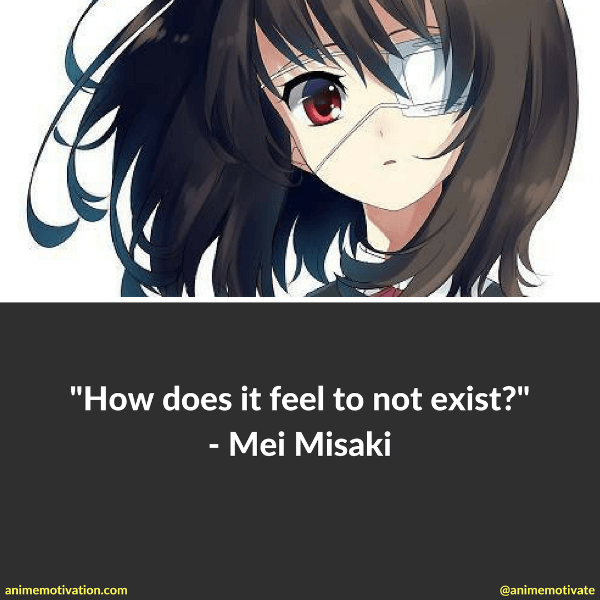 “How does it feel to not exist?” – Mei Misaki

Throughout the show, Mei Misaki is treated as if she doesn’t exist. And when Kouichi gets treated the same way, Mei Misaki mentions this quote.

It’s something many of us can relate to, in some way or another. And at one point or another in our lives.

21 Kenichi The Mightiest Disciple Quotes With A Purpose

The Most Memorable Quotes From Erased That Will Take You Back

The Greatest Another Anime Quotes