Lelouch Lamperouge is one of my favorite characters. For reasons more important than his fame as a character.

For one – he’s one of the least cliche characters around. Unlike the typical “noble, good guy” characters we see over and over again.

Lelouch breaks convention as far as what a hero is supposed to do.

And that’s why his quotes are so damn powerful, relatable and meaningful. And of course – worth sharing.

With that in mind, here are some of the best Lelouch Lamperouge quotes from Code Geass. 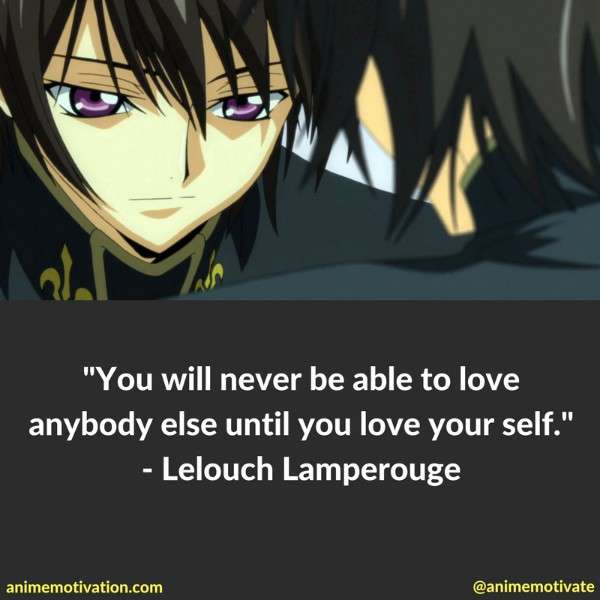 “You will never be able to love anybody else until you love yourself.” – Lelouch Lamperouge

Cliche, but still the undeniable truth when you get down to it. 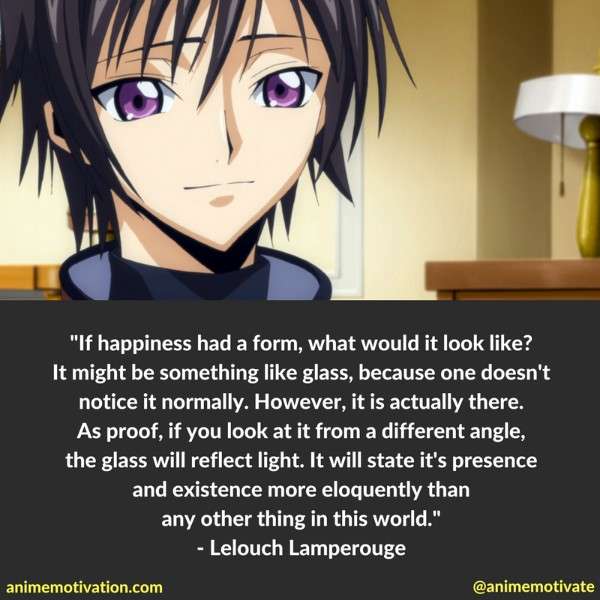 “If happiness had a form, what would it look like? It might be something like glass, because one doesn’t notice it normally. However, it is actually there. As proof, if you look at it from a different angle, the glass will reflect light. It will state it’s presence and existence more eloquently than any other thing in this world.” – Lelouch Lamperouge

One of the best philosophical quotes from the Code Geass series. 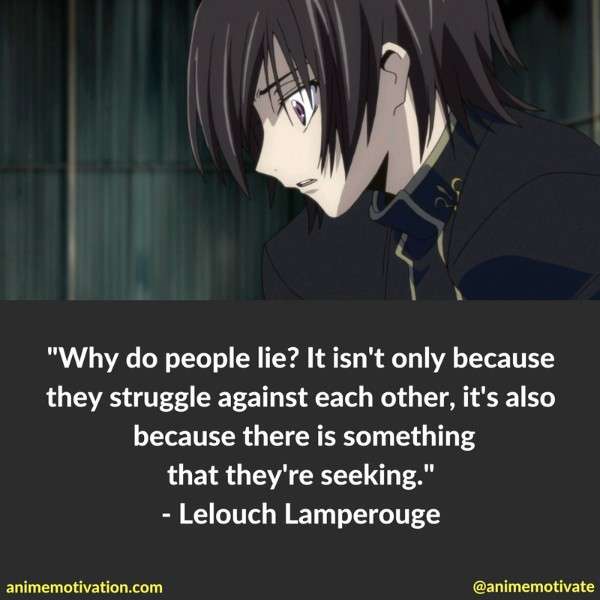 “Why do people lie? It isn’t only because they struggle against each other, it’s also because there is something that they’re seeking.” – Lelouch Lamperouge 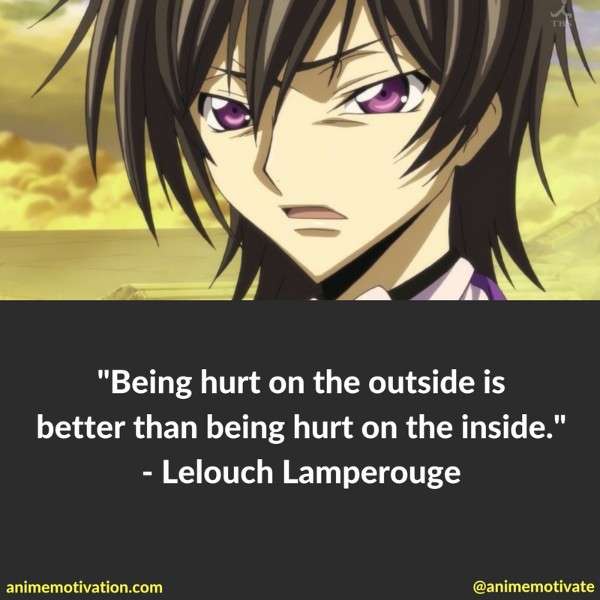 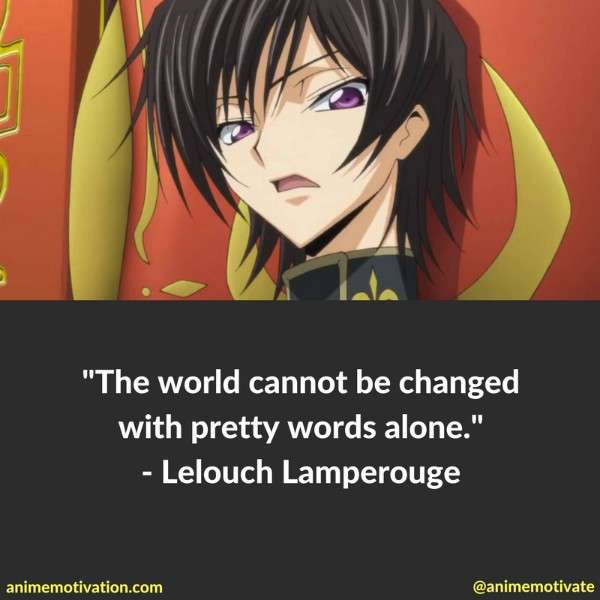 Words mean nothing if never followed by actions. Cliche but undeniable.

“A life without no changes can’t be called life. You can only call it experience.” – Lelouch Lamperouge 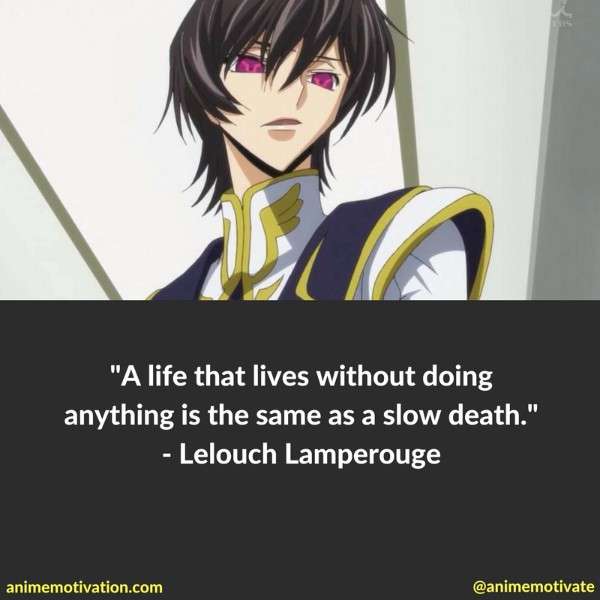 “A life that lives without doing anything is the same as a slow death.” – Lelouch

The sad, harsh truth. That’s enough to make you appreciate your health if you have it. 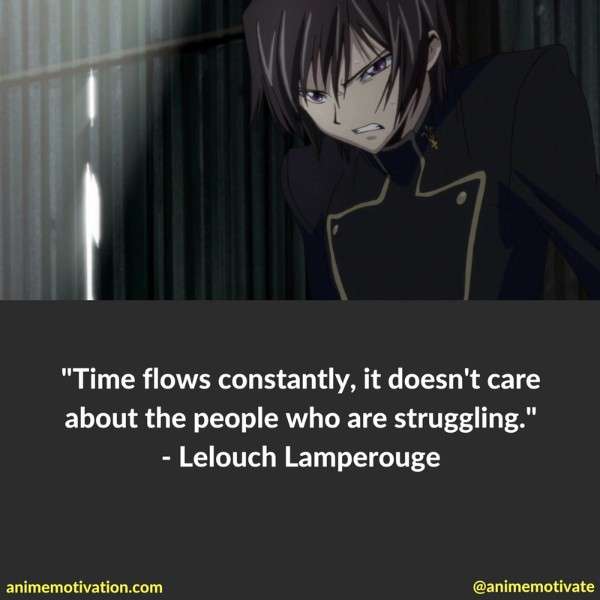 “Time flows constantly, it doesn’t care about the people who are struggling.” – Lelouch Lamperouge

Time flows regardless of pain, struggle, happiness or prosperity. 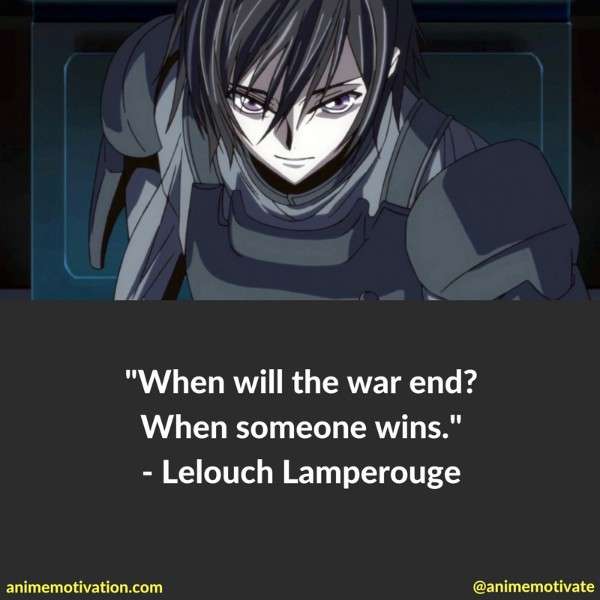 “When will the war end? When someone wins.” – Lelouch Lamperouge

And that’s why war is never ending. It’s fruitless when all is said and done, and you end up losing too much compared to how much you get back in return.

Which Lelouch quotes do you love?

Related: The Most Popular Anime Shows In 2017, According To “MyAnimeList”