Since January 1st 2021, copyright laws in Japan have changed.

If caught in Japan, you can get a few years in prison and fined some 1+ million Yen.

On the worldwide front though, it seemed like this wasn’t the case. And pirates were still exempt from legal action.

That might be changing. Or at least Kodansha won’t be tolerating copyright infringement.

Regardless of whether they have an argument or not. 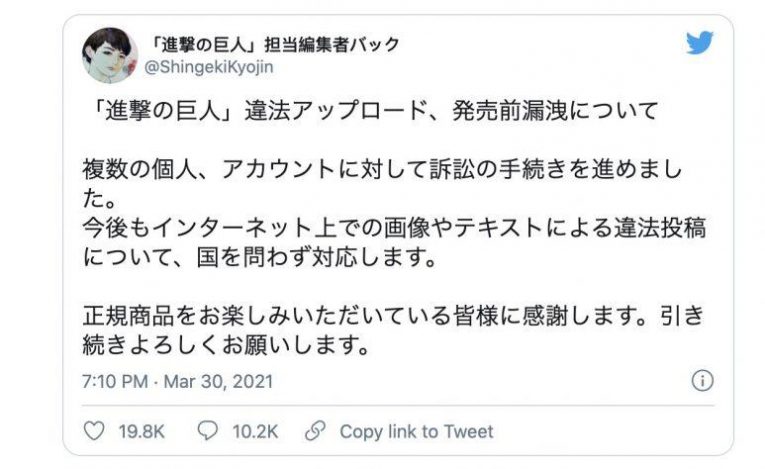 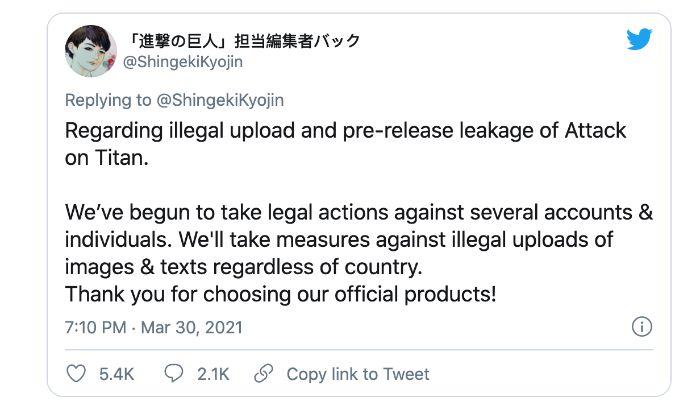 Attack On Titan has been dominating the charts, the internet, social media…. everything.

The popularity of the last season is well known, and some people have been sharing dialogue and screenshots.

They also claim they’ll take legal action against people who upload images and text, regardless of country.

This has all been RULED out by the Tokyo District Court, so it’s official.

The rise of piracy during the pandemic caused it

As stated by a Japanese publisher:

“The number of websites posting all the details of a ’s content is increasing one after the other, and this is becoming a major problem,” said Shogakukan’s editorial department, adding that it will be resolute in defending the rights of creators.”

From my point of view it won’t end well if they go that far and take action against people sharing screenshots here and there.

But I do get why they’re being aggressive.