This isn’t a popular thing to do but it has to be done. The community and the industry at large is a little stuck.

On one hand you have:

And then you have fans in the UK, , Philippines, and so on with a limited selection of .

In these countries (Indonesia included) the legal sites don’t have a massive selection of to choose from.

It’s more accurate to say they don’t have ALL the that are on offer in let’s say, the US or Japan.

Crunchyroll has 1000+ anime in the USA, but that’s not true in most other countries around the world.

That’s where piracy comes into the picture, and solves part of the problem. Just not in a way that’s conflicting which doesn’t sit right with the police.

That said, it’s a necessity. wouldn’t be here without it, and neither would its massive internet (and global) fanbase.

I won’t just be recommending pirate sites though.

KissAnime has been shutdown since August 2020 after being the biggest pirate site for years, and a dark horse in the industry.

Many sites exist today in spite of it. And even FREE ones on YouTube these days.

Let’s talk about the best ones you can use. More so if you’re restricted in the country you’re living in.

9Anime has grown massively since KissAnime was shutdown. I know this because I wrote an article about it with statistics.

They and even legal sites have benefited from KissAnime’s controversy and shutdown.

9Anime has everything KissAnime did, it just looks different and is run by someone else all together.

Like all pirates sites, your main risk is the malware ads, and the overall dodgy ads they’re filled to the brim with.

It’s a sacrifice many are willing to go to when the they wanna support isn’t available in their country.

It’s grown equal in size to KissAnime, which shows you just how BAD the industry’s service is.

Piracy is a service problem after all.

Muse Asia started in Singapore in 2019. They’ve grown to a YouTube channel with over 4M subscribers. That’s a LOT in a short space of time.

The pandemic probably played a role with it a year later.

There’s a growing trend of a few channels who are able to stream FREE on YouTube as a result of partnerships. And best of all? It’s legal.

Muse Asia is only available to some users in parts of ASIA, not outside of it. Unless you use a VPN that is.

Either way, if you’re outside of Japan this is a solid way to watch free , legally, though you’re bound to be limited at some point.

They upload a lot of shows consistently with that being said.

Related: Crunchyroll Vs Funimation: Which One To Choose, And Should You Use BOTH?

AnimeLog was started by around 30 companies, one of them being TOEI Animation. A massive company to say the least.

After starting in June 2020 during the pandemic, AnimeLog has gained over 300K subscribers and regularly uploads FREE content to its channel.

Unlike Muse Asia, this content is available to fans worldwide. Though I’m not sure if there are countries that are excluded, depending.

It’s a good option to watch as much as you can without going to pirate sites, but unsurprisingly not all can be watched here.

This is the limitation of uploading free content to YouTube, an American owned platform. It doesn’t solve (and Japan’s) issue with piracy completely. 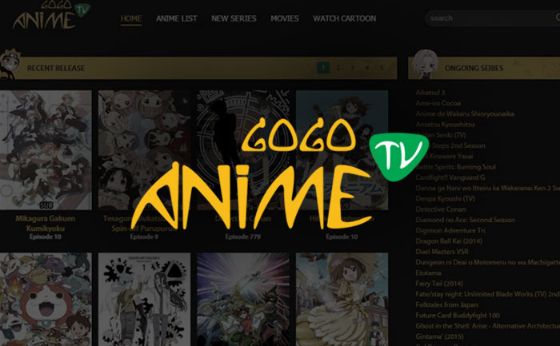 No different to KissAnime or even 9Anime, Gogoanime just looks and works slightly different.

The principles are the same, as is the amount of content, shows, movies, and whatever else some fans can’t watch elsewhere.

And that’s where it all comes to an end

licenses are strict, and this creates a disparity which looks different depending on the countries.

Because of this – piracy, whether an fan wants to or not, will always become a viable option.

This is changing, but this is the best you’ve got until those changes come to fruition. Especially if you’re outside of the USA!

Why Anime Streaming Services Can’t Stop The Power Of Piracy

Animedao is a good alternative

Animedao is my go-to place for new anime & anime that doesn’t have a dub, but I’m primarily a dub watcher, so I’m forced to use other sites I don’t like as well for my shows.

The issue I’m having with 9anime and Gogoanime is that I can’t figure out how to bookmark my shows. I don’t know if it’s because these sites don’t have this feature, or I just haven’t figured out how to use it yet. Either way, it’s a feature I miss.