Kagura Mikazuchi, the leader of Mermaid Heel and younger sister of Simon.

She’s one of ‘s strongest characters regardless of which guild members. And is one of the most focused warriors out of the entire series.

What I like about Kagura is her warrior spirit. She doesn’t make excuses, she does whatever it takes, and her loyalty to what she believes in is inspirational.

Kagura’s the last person who will do something she doesn’t believe in, as her standards are set high. 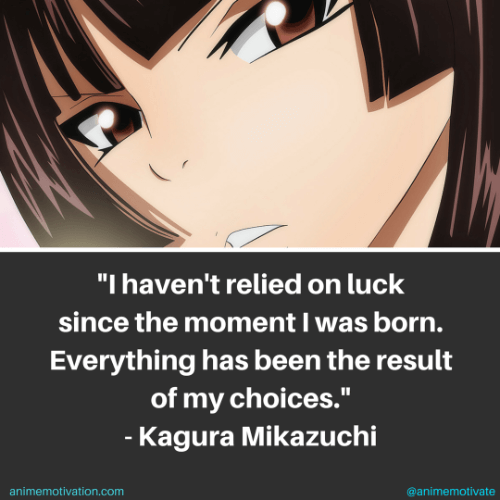 “I haven’t relied on luck since the moment I was born. Everything has been the result of my choices.” – Kagura Mikazuchi

It’s easy to blame people or circumstances when things don’t go well. And it’s easy to claim other people are luckier than you are, and have better advantages.

Whether that’s true or untrue isn’t important. What’s important is realizing life is a result of your choices. And being able to admit it. As well as taking responsibility. 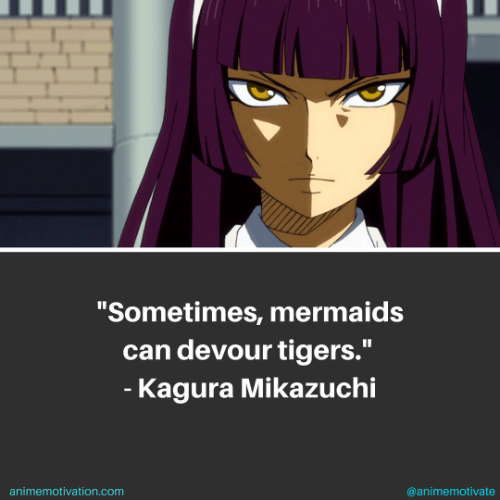 It’s not what you are that counts. No, it’s who you are. That’s what makes the difference.

If you have courage, determination and confidence, you can conquer challenges that are even bigger than you. Even if it seems impossible, or has been impossible for others.

That’s the takeaway from Kagura’s quote. 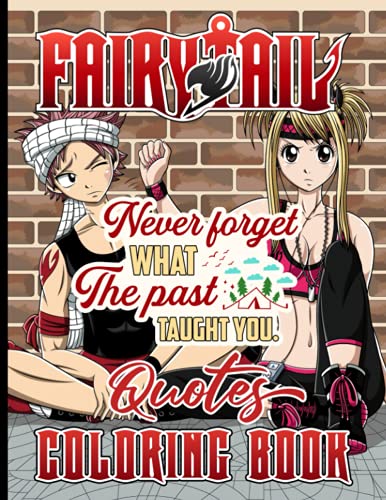 Fairy Tail Quotes Coloring Book: High-Quality Start Shopping
We earn a commission from Amazon & other affiliates if you make a purchase at no additional cost to you.

Should Natsu Be With Lucy Or Lisanna?

The Most Legendary Fairy Tail Quotes