Akihiko Kondo is a Japanese man who’s most known for his fictional marriage in 2018. This “marriage” wasn’t like any usual marriage by definition.

The character in question he got married to was Hatsune Miku, a vocaloid holographic character who sings worldwide and has her own fanbase in the community.

Akihiko Kondo has even toured with:

And a lot more as a result of his choices and unusual marriage situaiton.

The original backstory of Akihiko Kondo 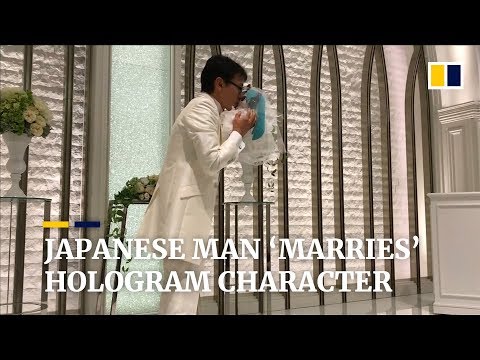 “According to NYT, Mr Kondo first found comfort in Miku in 2008, after bullying at his job sent him into a spiral of depression. He had decided long ago that he would never love a real person, partly because he didn’t want the life that Japanese society demanded of him. Later, the 38-year-old man began making songs with Miku and purchased a stuffed doll of the character online.

A major breakthrough in his relationship came a decade later when Mr Kondo was able to interact with the fictional character for the first time in 2017 thanks to a Gatebox – a $1,300 machine that allowed device owners to interact with characters via holograms and even unofficially marry them. A year later, he then proposed to Miku’s flickering avatar.”

In the beginning back in 2018 everything seemed honky dory, fine and dandy, or whatever other term you wanna use.

As shown in the original 2018 video Akihiko “marries” his waifu, a fictional character called Hatsune Miku. And he’s even seen holding this character like you would your wife on the day of your marriage.

He’s then seen kissing Hatsune Miku and caressing her as well.

His parents didn’t show up to the wedding but they approved it, and the wedding wasn’t legal so the man paid over 1 million Yen to make it happen. 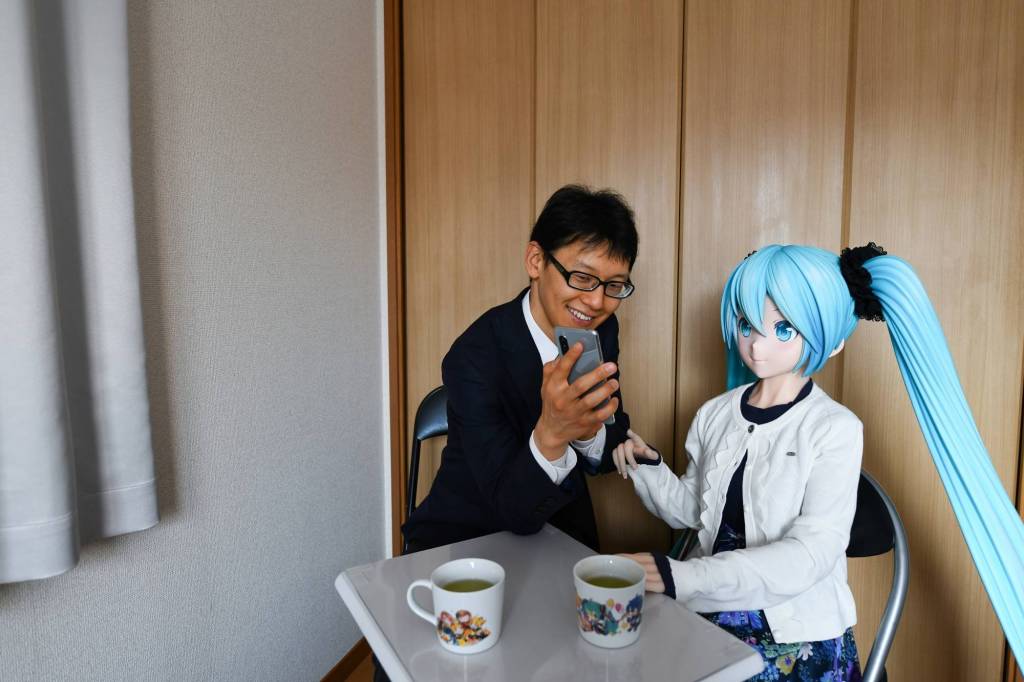 The local government employee and seemingly ordinary man has lately said he’s struggling to connect with his virtual wife.

That “struggle” shouldn’t surprise any logical thinking person because after all, this is a fictional character who isn’t real. Therefore the relationship is one sided and everything he wants the fictional character to do, he has to orchestrate himself.

Despite this “change”, especially since the pandemic, Akihiko had this to say:

“He said that after four years of marriage, his relationship with Miku has hit a roadblock. But he also added that it hasn’t lessened his feelings for Miku. He told Mainichi that his love for Miku hasn’t changed and he plans to be faithful to the fictional character until he dies.” Apparently they have a name for people like this now, which are a small minority of people. But still, they’re referred to as “fictosexuals”. People attracted to fictional characters, sexually and romantically.

There’s a clear pattern with how this comes about and it’s usually deep rooted. With Akihiko for example it started with him being bullied, which later lead to his obsession with fictional characters.

What do you think of this story?

16+ Anime Characters With Grey/Silver Eyes Who Are Unique