Hamatora: The Animation is a super power/drama series produced by NAZ. Released back in 2014!

Within the 12 episodes in this are lines and quotes worth sharing. So let’s focus on the best quotes, each with a lesson. 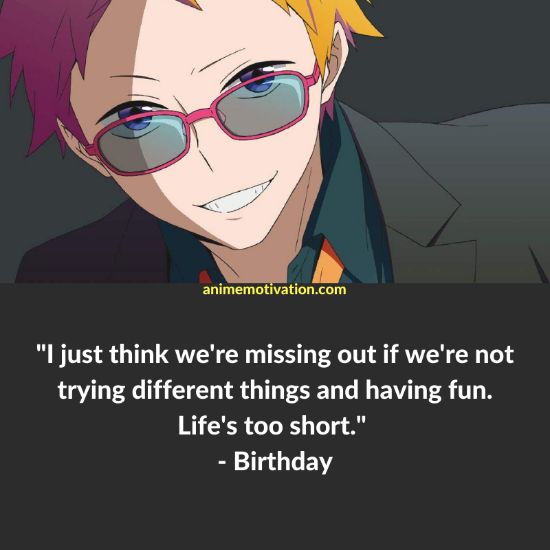 “I just think we’re missing out if we’re not trying different things and having fun. Life’s too short.” – Birthday 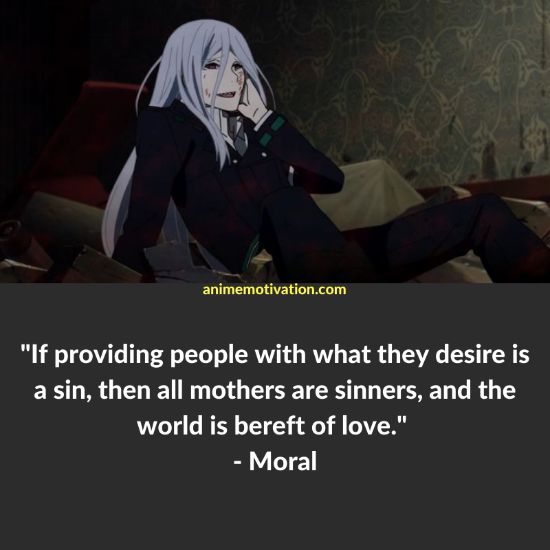 “If providing people with what they desire is a sin, then all mothers are sinners, and the world is bereft of love.” – Moral

“All human beings can only perceive the world through the filter of their values. Mediocre values may be harmless, but they are also utterly worthless.” – Moral 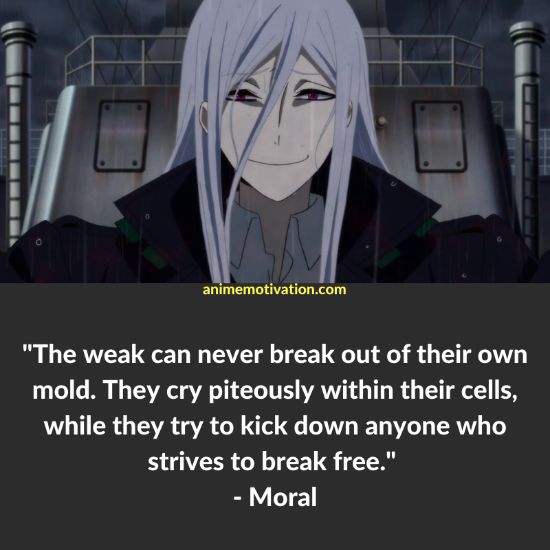 “The weak can never break out of their own mold. They cry piteously within their cells, while they try to kick down anyone who strives to break free.” – Moral 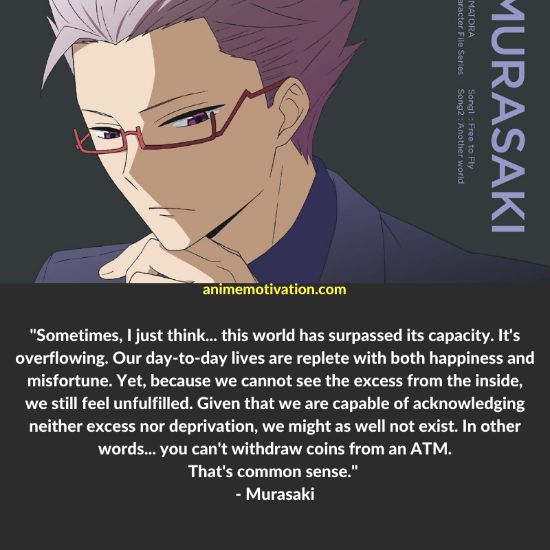 “Sometimes, I just think… this world has surpassed its capacity. It’s overflowing. Our day-to-day lives are replete with both happiness and misfortune. Yet, because we cannot see the excess from the inside, we still feel unfulfilled. Given that we are capable of acknowledging neither excess nor deprivation, we might as well not exist. In other words… you can’t withdraw coins from an ATM. That’s common sense.” – Murasaki

“Human emotions are just black or white sometimes there and consistent and can even be contradictory, but that’s all right.” – Murasaki

“Feelings aren’t black and white. Even if they’re fuzzy and contradictory, if they’re sincere, they are what they are.” – Murasaki 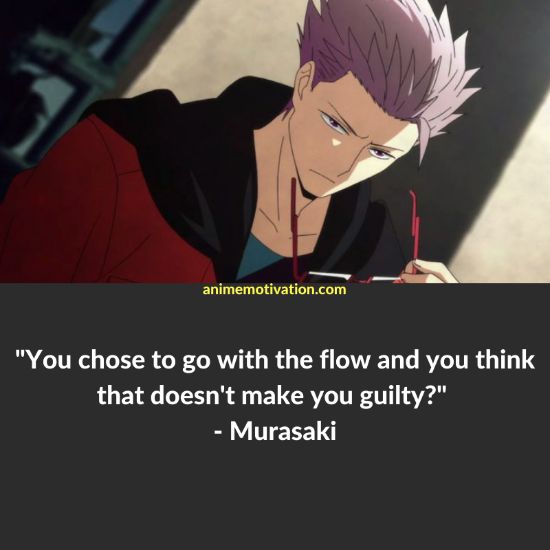 “You chose to go with the flow and you think that doesn’t make you guilty?” – Murasaki 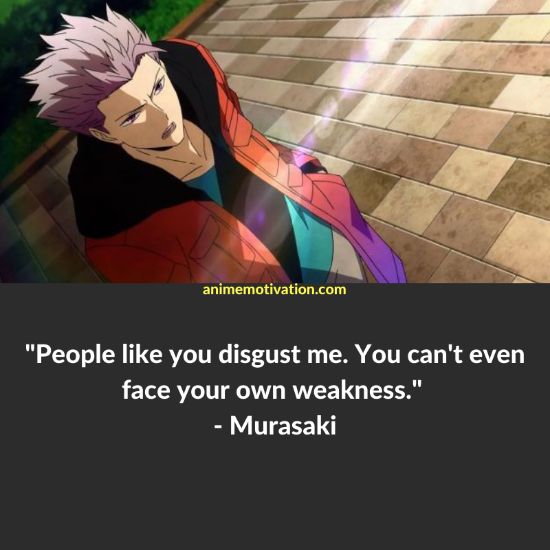 “People like you disgust me. You can’t even face your own weakness.” – Murasaki

The Greatest List Of Beelzebub Quotes To Remind Anime Fans!