Haku is one of the earliest characters in to have a lasting impression. And he didn’t even play the longest role in the series.

He’s an unfortunate character born in unfortunate circumstances, and yet still holds somewhat of a positive outlook. And is grateful to the man who took him in (Zabusa).

His harsh life experiences is what shapes Haku’s quotes, on top of his kindness in spite of the lifestyle he live. 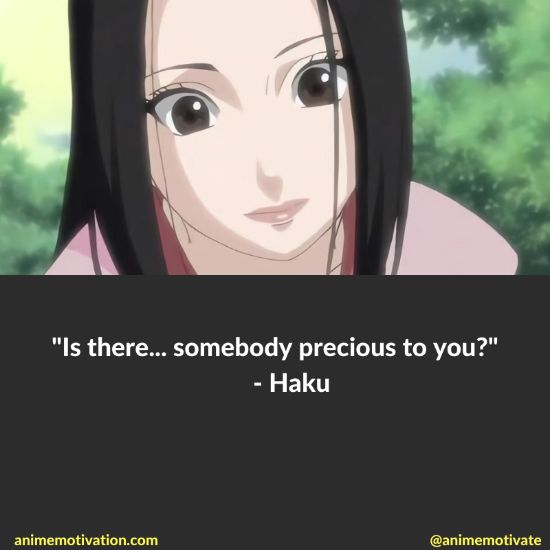 “Is there… somebody precious to you?” – Haku 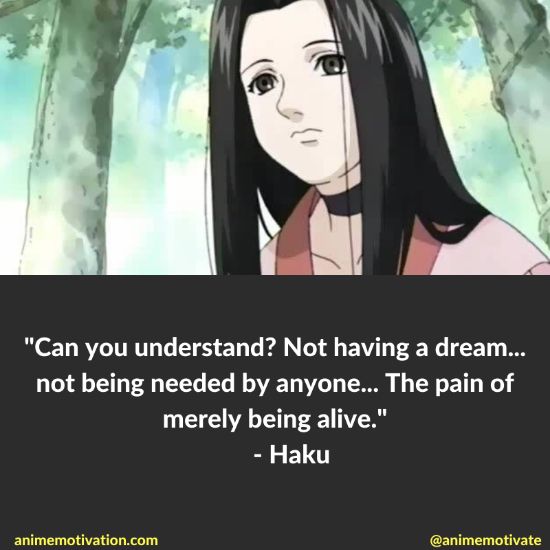 “Can you understand? Not having a dream… not being needed by anyone… The pain of merely being alive.” – Haku 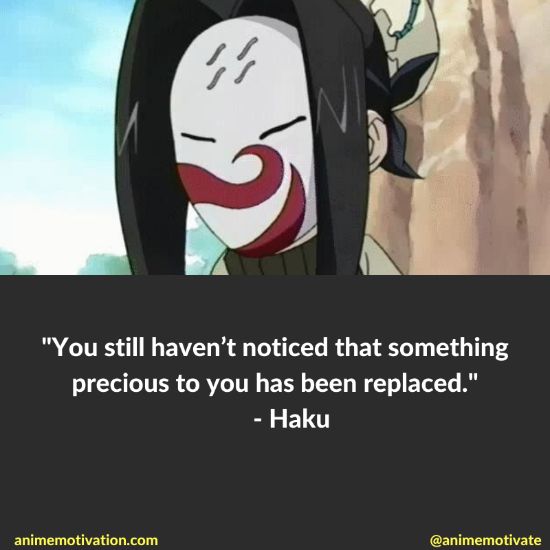 “You still haven’t noticed that something precious to you has been replaced.” – Haku 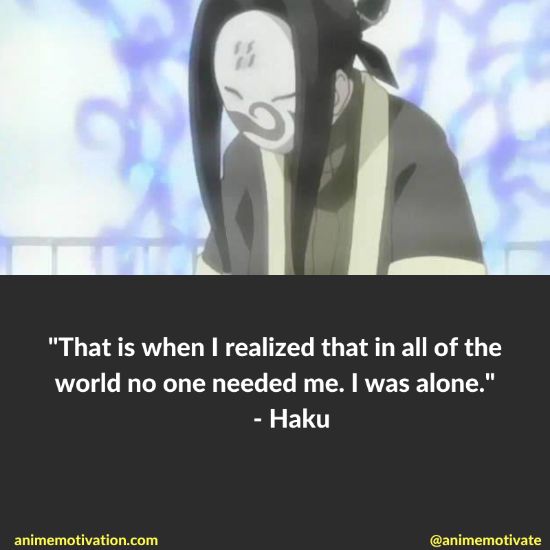 “That is when I realized that in all of the world no one needed me. I was alone.” – Haku 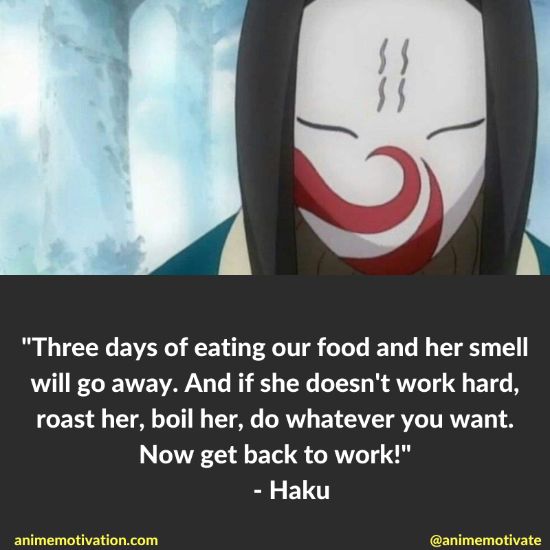 “Three days of eating our food and her smell will go away. And if she doesn’t work hard, roast her, boil her, do whatever you want. Now get back to work!” – Haku 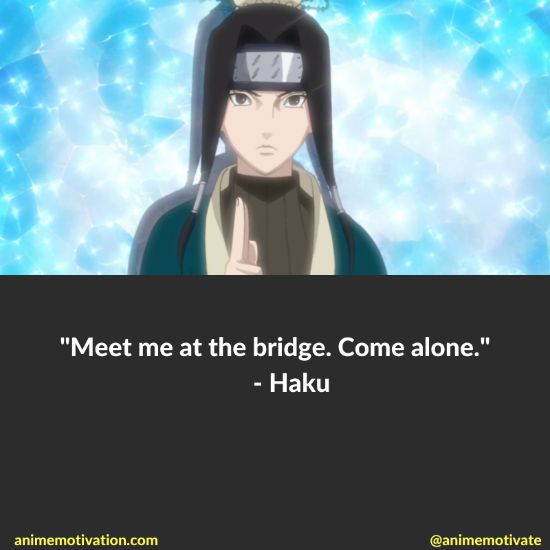 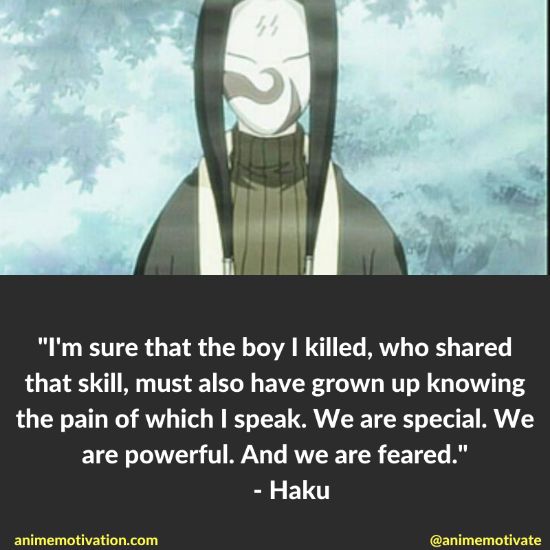 “I’m sure that the boy I killed, who shared that skill, must also have grown up knowing the pain of which I speak. We are special. We are . And we are feared.” – Haku 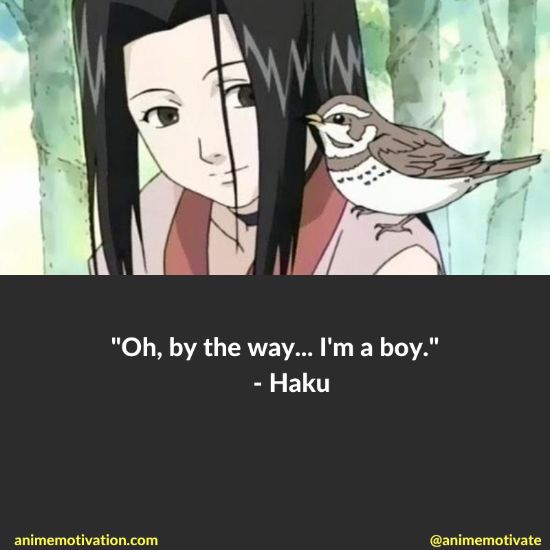 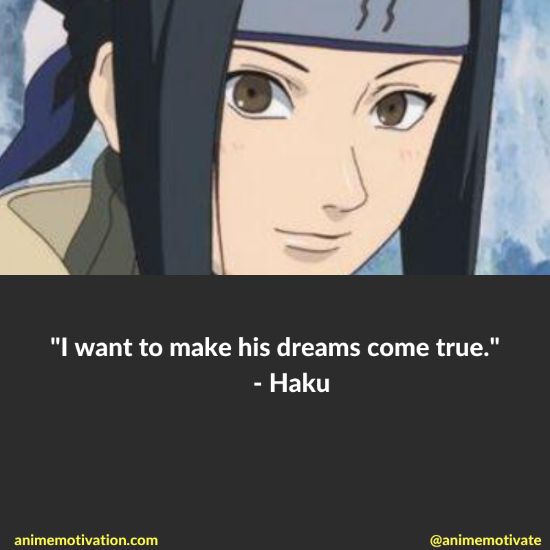 “I want to make his dreams come true.” – Haku 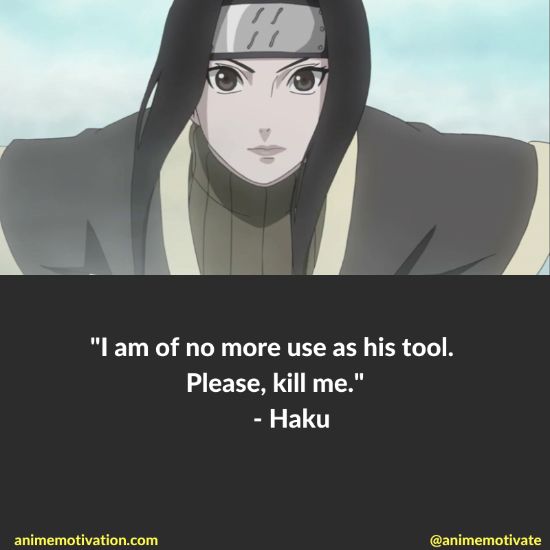 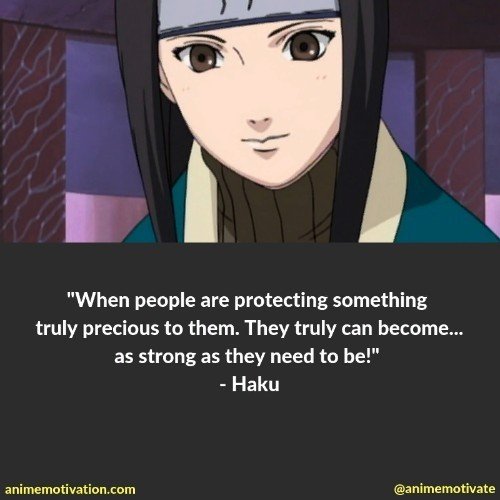 “When people are protecting something truly precious to them. They truly can become…as strong as they need to be!” – Haku 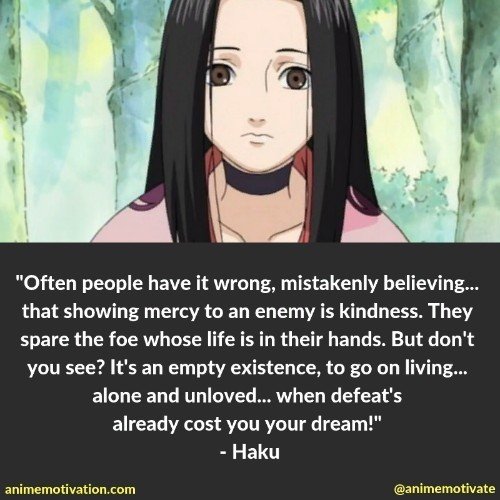 “Often people have it wrong, mistakenly believing… that showing mercy to an enemy is kindness. They spare the foe whose life is in their hands. But don’t you see? It’s an empty existence, to go on living… alone and unloved… when defeat’s already cost you your dream!” – Haku 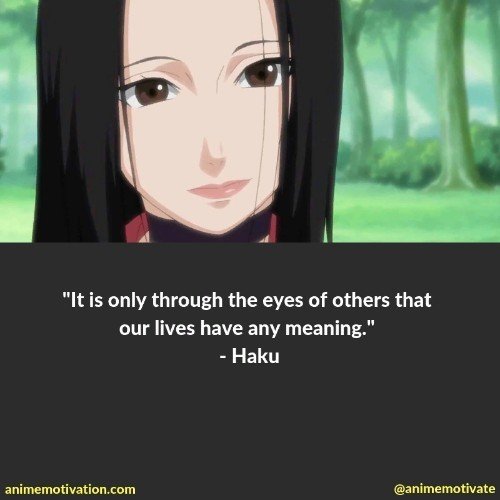 “It is only through the eyes of others that our lives have any meaning.” – Haku

The 21+ Greatest Neji Hyuga Quotes That Strike A Nerve