Any rational fans first reaction to this news would be something like YEAH RIGHT.

It’s not surprising why.

The argument is similar when comparing webtoons to or . They’re too niche to matter on a  global scale.

But Yoshiyuki Tomino is certain China’s the new leader

It’s an important in the mecha genre as well.

In an article covered by REAL ECONOMY in Japan, Yoshiyuki had a few things to say about , Japan, China, and how Japan is no longer the leader in animation.

“As an industry person, it rankles me that they’ve come so far that they can even do animation. But that’s also indicative of how, using digital animation, even a single individual can create a satisfying whole. The question is how should Japan’s production, which deals with series and story-driven works, regard these developments?”

He is of course talking about China in particular.

He later goes on to say:

“There’s a danger that if Japan keeps making with a single-minded focus on the business angle, then we’ll suffer a total defeat to the guys in Beijing. But I don’t intend to throw a bone to those guys who came to my lecture. I don’t want to lose.

Still, I want you all to be aware that Japan is no longer a leader in animation. Despite this, the media and business worlds are not conscious of it.”

His logic comes from the fact many lovers from 10 years ago who came to his lectures are now professionals in the industry.

He also said intellectuals in universities (China) are coming into the industry.

Either way, even if it’s true as far as what’s going on behind the scenes, it’s NOT true on the surface or in the way it’s perceived.

This is relevant because as long as that’s true, Japan can get its act together as I’ve been saying for years. And actually innovate which I’ve talked about countless times.

The “Innovation” part that Yoshiyuki brought up is true, and it’s Japan’s main weakness that they’ve refused to do for decades at this point.

China’s “product” as far as animation is nothing compared to in Japan, so they’re not leaders until and if that ever changes. 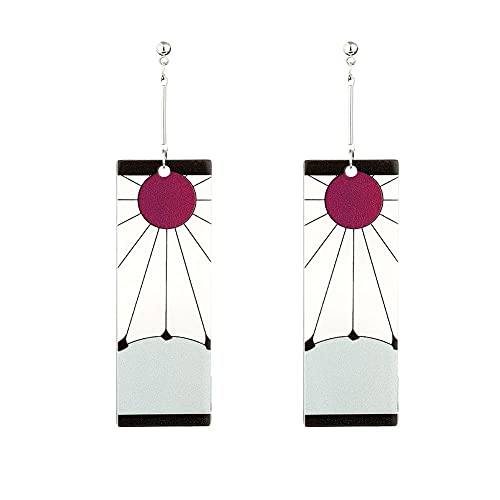 Kamado Tanjirou Earrings Japanese Anime Demon Slayer Start Shopping
We earn a commission from Amazon & other affiliates if you make a purchase at no additional cost to you.

15 Chinese Anime Shows You Should Consider Getting Into!