Here’s a few fun facts about Ash Ketchum to start off this post:

If you’re having a bad day, or ever do have a bad day (as we all do), this post is for you.

Funny Ash Ketchum Quotes That Will Cheer You Up:

“Ahh, don’t get your underwear in a knot.” – Ash Ketchum 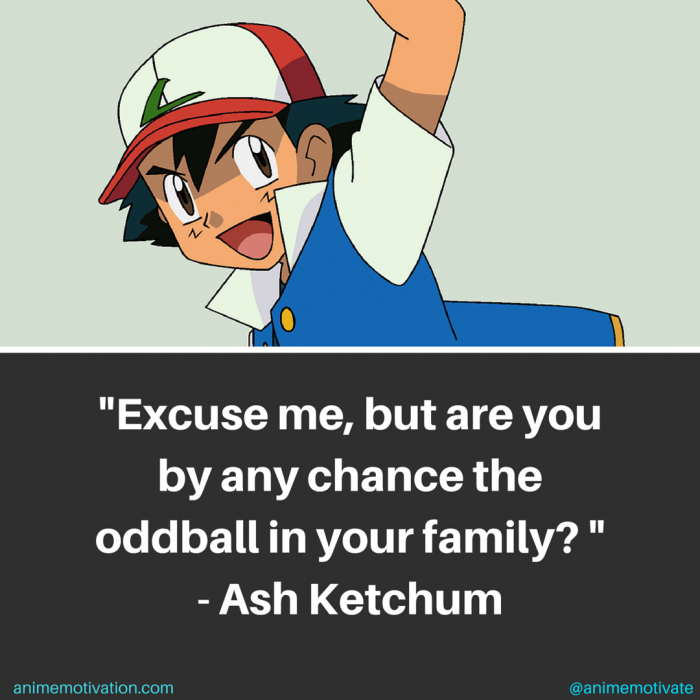 “Excuse me, but are you by any chance the oddball in your family?” – Ash Ketchum

Try asking that question to the next person you meet… That’ll be more than a laugh.

“Lets eat fast so we can eat again.” – Ash Ketchum

“I’m having a major hat crisis. Could you steal Pikachu some other time?” – Ash Ketchum

Because when you’re having a hat crisis, you don’t have time for the problems others have for you. 😉

Because that’s the nicest thing you can say to your friend in the most sarcastic way possible. 😉

“If anybody’s out there, you can come out. And if you’re a monster or a ghost, you can stay where you are!” – Ash Ketchum

This Is What Pokemon Can Teach You About Friendship

6 Pokemon Life Lessons That Are Full Of Wisdom