Dr Stone is the anime of 2019 fans are talking about. It’s different, has great animation, and more importantly: the messages in this anime are a mix of inspirational with some interesting life lessons and takeaways.

That’s what the focus of this quote post will be. Sharing the best Dr Stone quotes the anime has to offer. 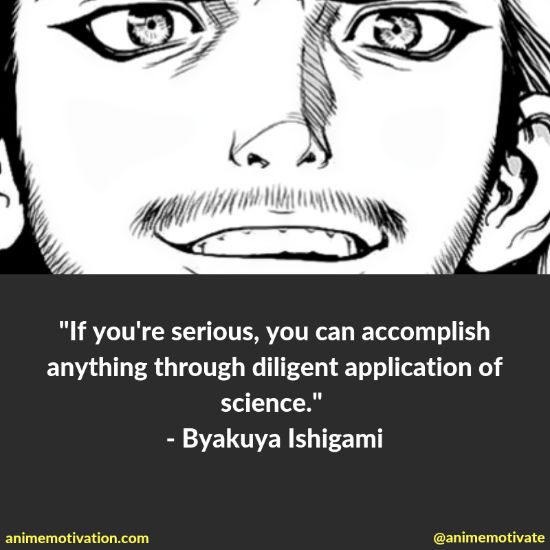 “If you’re serious, you can accomplish anything through diligent application of science.” – Byakuya Ishigami 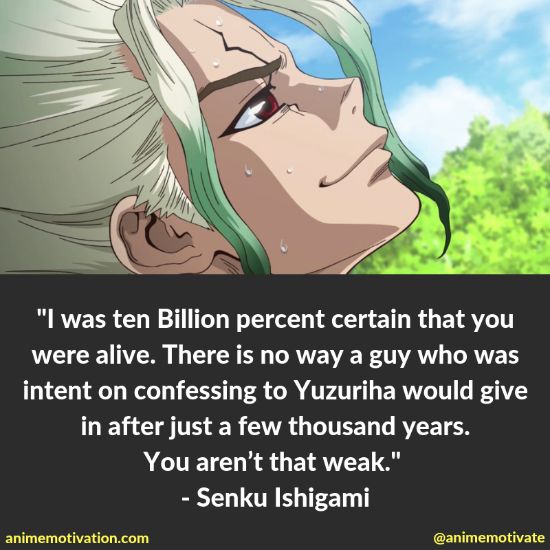 “I was ten Billion percent certain that you were alive. There is no way a guy who was intent on confessing to Yuzuriha would give in after just a few thousand years. You aren’t that weak.” – Senku Ishigami 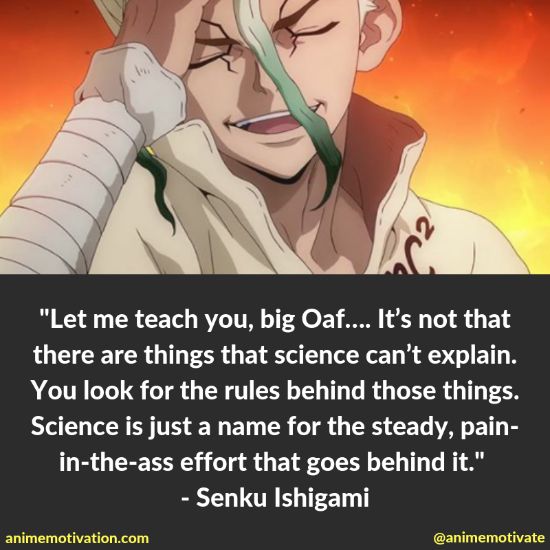 “Let me teach you, big Oaf…. It’s not that there are things that science can’t explain. You look for the rules behind those things. Science is just a name for the steady, pain-in-the-ass effort that goes behind it.” – Senku Ishigami 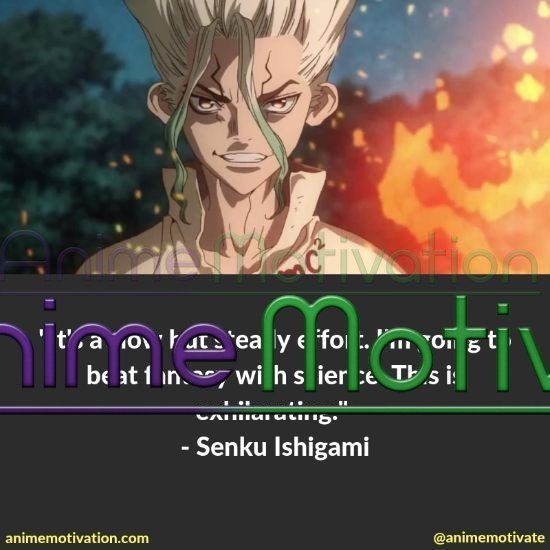 “It’s a slow but steady effort. I’m going to beat fantasy with science. This is exhilarating.” – Senku Ishigami 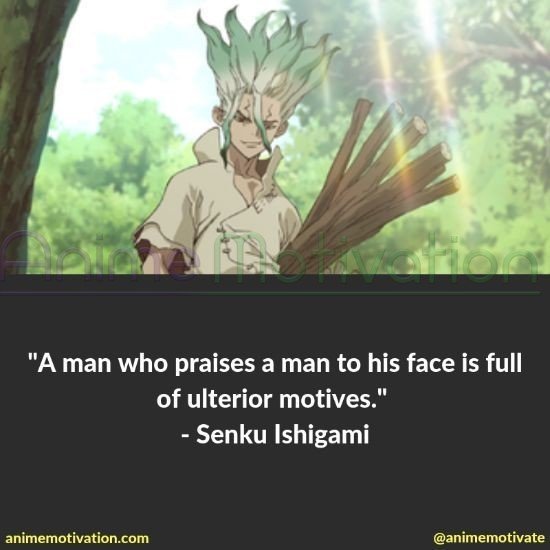 “A man who praises a man to his face is full of ulterior motives.” – Senku Ishigami 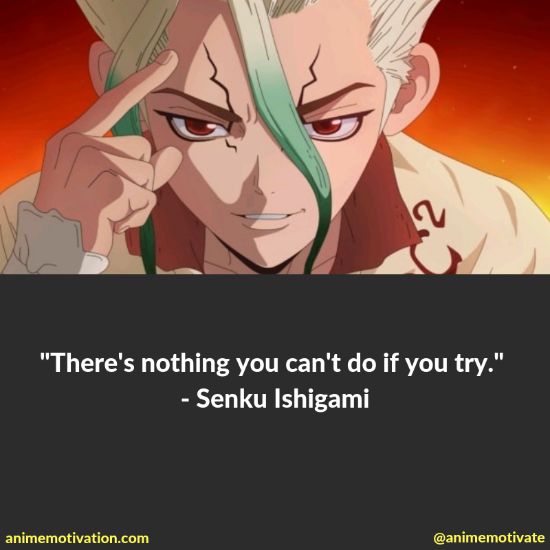 “There’s nothing you can’t do if you try.” – Senku Ishigami 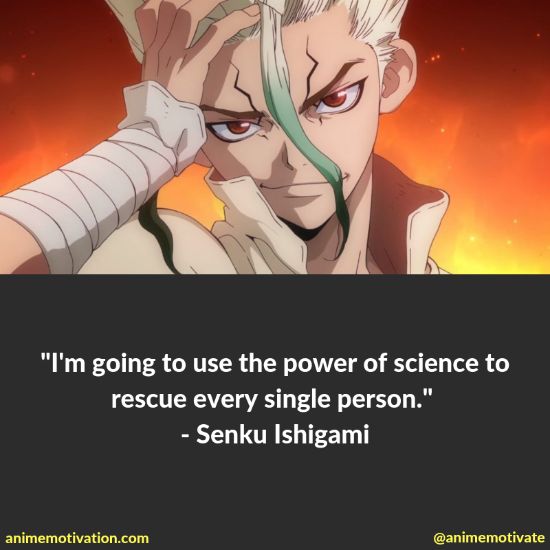 “I’m going to use the power of science to rescue every single person.” – Senku Ishigami 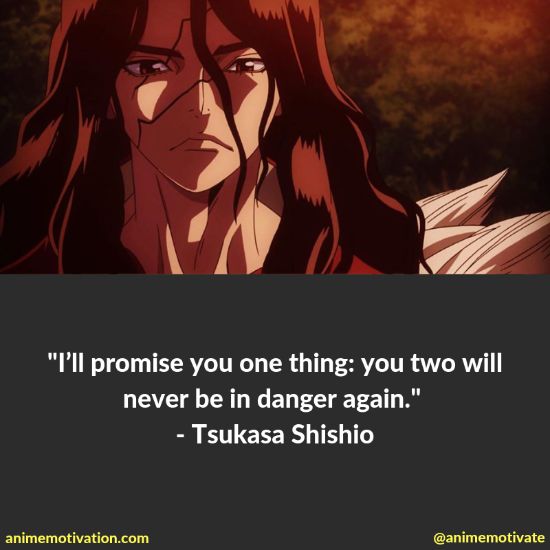 “I’ll promise you one thing: you two will never be in danger again.” – Tsukasa Shishio 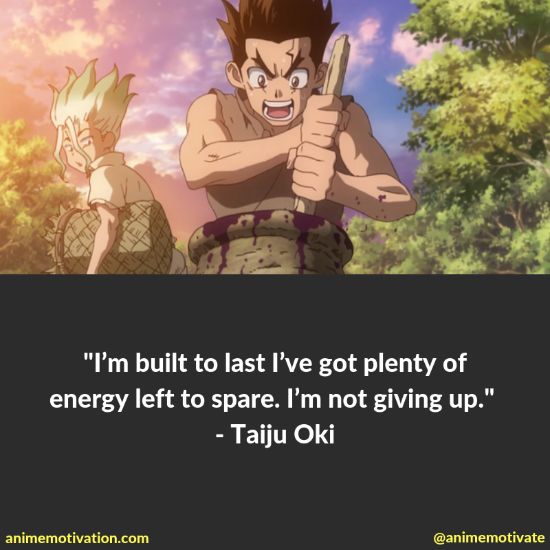 “I’m built to last I’ve got plenty of energy left to spare. I’m not giving up.” – Taiju Oki

Here Are All The BEST Digimon Quotes Anime Fans Will Love

All Of The Greatest Yugioh Quotes Ever Heard