anime I’ve known this year. You can thank the release date for that.

If it was released when season 4 aired, I’m sure we’d be having a different conversation now.

But either way – everyone swears to me how GREAT of an is. So I had to watch it. 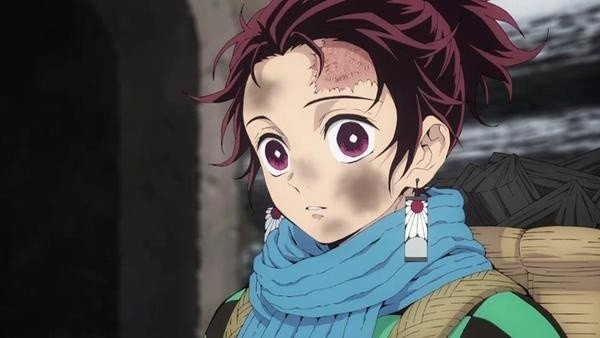 Here are the things I’ll be reviewing:

1. Let’s start with the visuals 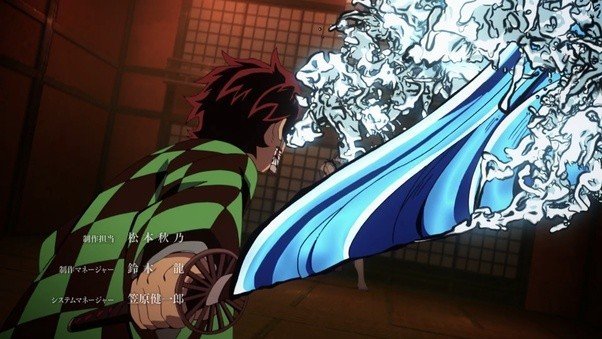 is produced by Ufotable. The same studio behind shows like:

And the Fate franchise in general. Ufotable makes gorgeous and few fans will disagree with that.

Demon Slayer is proof of this once again with its stunning visuals, animation, characters and attention to detail. No matter WHAT the episode or what’s happening within a certain scene. 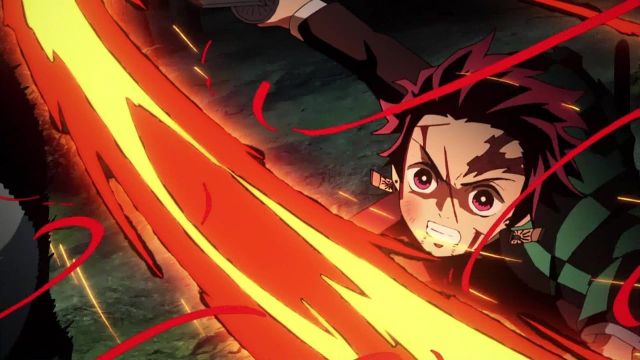 The flames in this scene don’t do the quality justice. You have to watch to see it yourself. 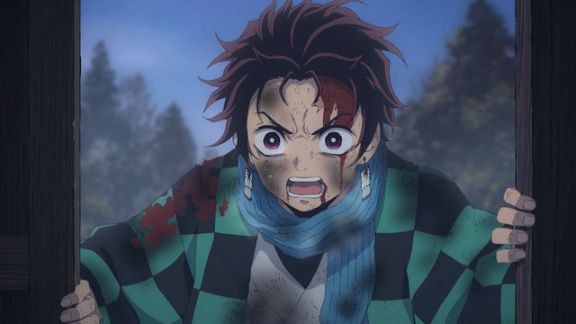 And here – even the “dirt” patches, bleeding and marks on Tanjiro’s coat look realistic and on point.

If this was rated purely on its visuals, there aren’t many competitors who’d stand a chance in the ring with .

Credit where credit’s due.

The two MAIN characters are Nezuko, the younger sister of Tanjiro.

Nezuko’s turned into a demon after her family is slaughtered by demons. And she inherits some demon blood herself, becoming a demon in the process.

Tanjiro ain’t having any of it, and dedicates his life to protecting Nezuko. even as a himself. With the sole purpose of finding a cure to turn Nezuko into a “human”.

it’s a bitter-sweet story between siblings, and I think the does a GOOD job of sharing and showing the bond they have for each other.

After all – they’re both the only family they have. And their odd relationship makes shine in ways other Shounen don’t. 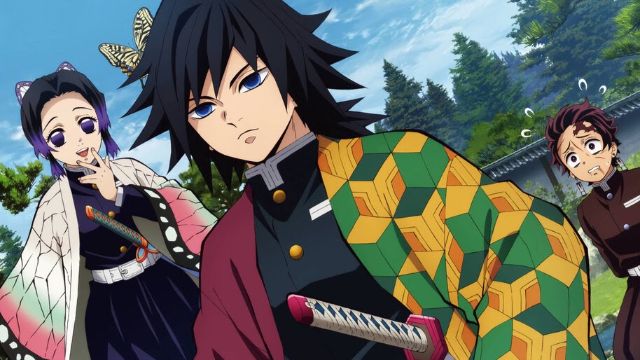 Tomioka is there from early on, and he’s the reason Demon Slayers story takes the path it does.

He shows mercy after seeing the strange circumstances surrounding Tanjiro and Nezuko. Being a calm swordsmen himself with not much known about him, his “aloof” personality makes him curious as a support character. 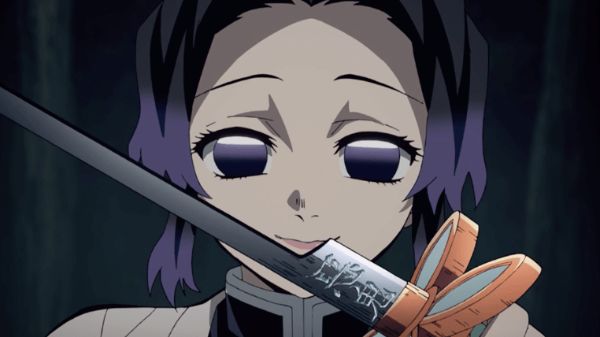 Shinobu has similar personality traits, but she’s more gentle, jolly and happy on the surface. But there’s something dark underneath the surface and overall she’s a good fit to the story. 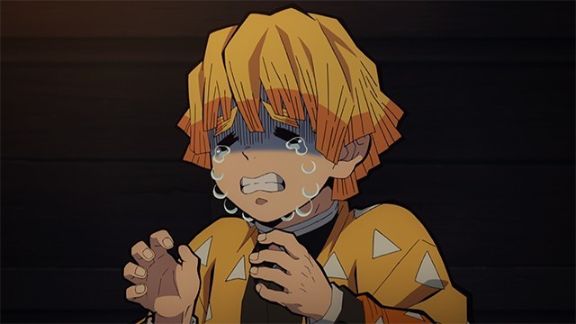 Zenitsu on the other hand is annoying as F. He’s the worst part of and I wouldn’t be surprised if fans QUIT the because of this guy.

He’s an example of bad comedy taking too far.  And his constant b*tching only makes it worse.

I haven’t even seen a child character complain this much. 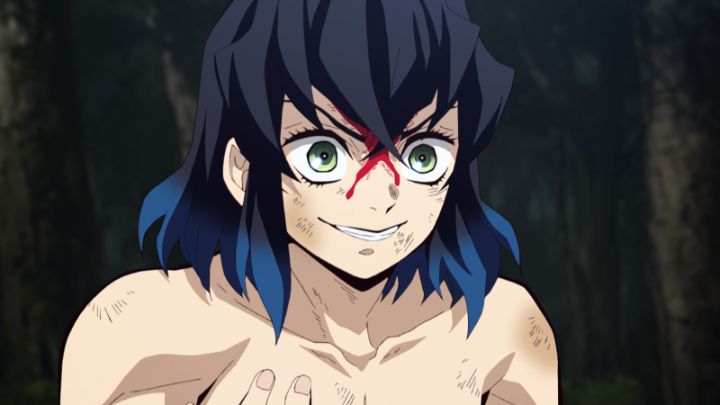 And Inosuke, as stupid as he is in the beginning, has an interesting development in the series.

He’s “humbled” by his experiences and changes a lot. His lack of common sense comes from the fact he’s raised in a forest and never had any family or a home to go to. Or even learn from.

That’s what the story dictates anyway. 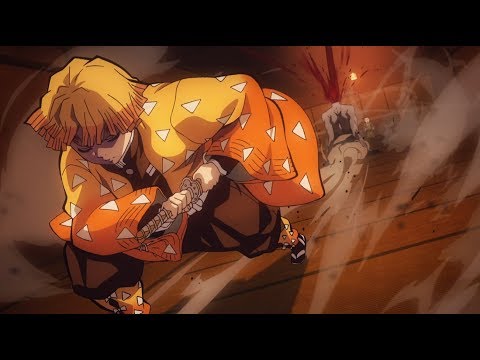 As much I hate Zenitsu as a character, when he gets serious? His action scenes are some of the BEST highlights of .

It really does make you think “why can’t Zenitsu always be like this” but you could argue that having flaws is why these moments are so appreciated.

Though I don’t think it’s a good excuse personally.

Episode 10 is another action scene worth pointing out. It’s what I call “Demon soccer” because of the way Nezuko kicks the ball back and forth.

Here are the images:

THIS battle so far is one of my favorites. Nezuko blasting the ball back and forth with enough force to literally rip someone’s head off was intense. 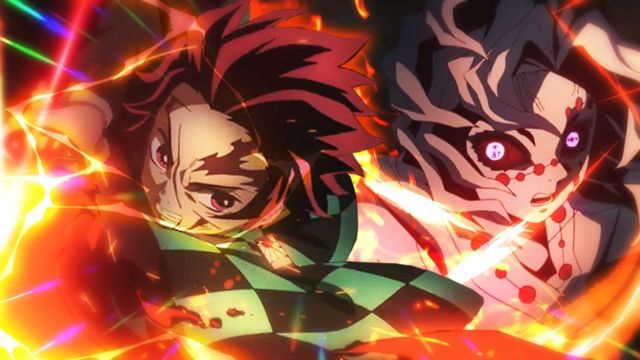 And episode 19, which everyone is calling “the best episode” looks stunning and had its moments of intensity as well.

I wouldn’t say it’s as good as the hype claims, but it’s a stand out episode in the series. For me it motivated me to finish the .

The violence in a lot of the scenes is one highlight I’ll mention. The IMPACT sends shivers in the exact moment it takes place.

Almost all of these “soul crushing” moments feel and devastating. And the camera angles are spot on.

Related: 26 Of The Most Dark Anime Series

The thing I hate about hype is it’s overrated. And in this case – Demon Slayer’s story is “decent”.

Strangely enough it strikes a good balance of not feeling “too rushed”, especially in the beginning where Tanjiro goes from “tragic” experiences to all of a sudden being a BOSS going head to head with demons.

It feels rushed, but at the same time it feels “right”. I give it credit for that because It’s not something I’ve seen before. 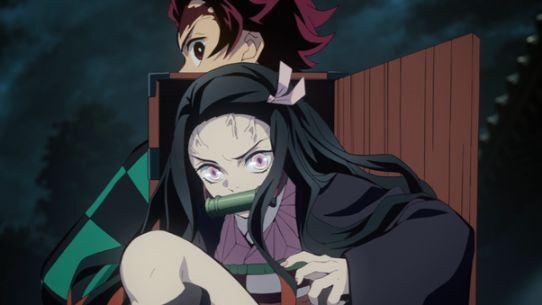 The aspect of the main character travelling with a demon, knowing how it’s strange in the universe of , that’s interesting to me.

I think this is what makes the plot “unique”, even if it has its flaws.

One flaw worth pointing out is the abuse of flashbacks, especially in episode 19.

It almost felt like it was trying to be a cliche Shounen. And in some aspects it started to feel like .

After all – we all know in reality, Tanjiro never stood a chance of surviving. Until midway through his attack when he gets “2-5 minute flashbacks” that save the day. Making the experience even more emotional as you watch it unfold.

But I’m OK with that. That’s part of the point. But I just think there are more flaws in episode 19 than most fans will admit.

Before watching through the it seemed like was all beauty and zero depth or quality. But it starts to pick up and ends up being much better in the end.

anime, but not a masterpiece

If you’re new to like a lot of people who are watching it, yes, you’ll enjoy it. This is true even if you’re an veteran who’s watched 100’s and 100’s of shows.

And even though I’d like to see a second season, the “hype” surrounding this doesn’t match the quality, depending on what you focus on.

A Collection Of Demon Slayer Quotes Worth Sharing!

The Truth Behind Why Anime Characters Don’t Look Japanese