Do you remember the first time you discovered what “” is?

And how your first series made you feel about Japanese animation?

I remember, it was Dragon Ball Z. And that nostalgia will never wear off, even today.

Well, Darling In The Franxx gave me a similar feeling earlier in 2018

This is the opening for Darling In The Franxx. The opening alone is special.

It’s one of the best I’ve heard, which isn’t surprising when you realize Studio Trigger is behind the series.

They always produce some of the best in the business.

And then there’s the 1st episode of D.I.T.F

This is where Zero Two and Hiro, the main characters are introduced.

Along with the beast called: Klaxasaur. And the emotionally driven battle between the Klaxasaur and the main characters.

At this point, and for episodes to come, I can’t help but feel goosebumps for the similarities to , and other shows blended into one.

And somehow it’s all done without Darling In The Franxx losing its identity, or blatantly ripping off other shows without having any of its own unique traits to make it stand out.

Controversial as it is (being banned in China, etc), I loved the direction Studio Trigger and A1-Pictures were driving it in.

From where I sat, they were driving it to the bank.

And I was sure the was gonna be one of the BIGGEST we’ve seen.

In fact – before episode 15 came around, Darling In The Franxx was my favorite of the year!

But somewhere along the way, Darling In The Franxx broke my heart and ruined my expectations 🙁

It still makes me wonder how such a hyped up (that was actually good) turned out so badly and literally rolled off a cliff in the end. And splattered itself into pieces.

Why did I start hating it?

And how did it betray my trust after having so much potential?

This Is Why Darling In The Franxx Fell Apart:

1. It no longer made any sense

Once something starts to confuse you and make you wonder WTF is going on… you start to lose interest.

In the beginning – Darling In The Franxx felt refreshing like jumping into a warm Jacuzzi.

It had its own “identity” like I said before, despite taking inspiration from shows like or Gurren Lagann for its design, , atmosphere and so on. 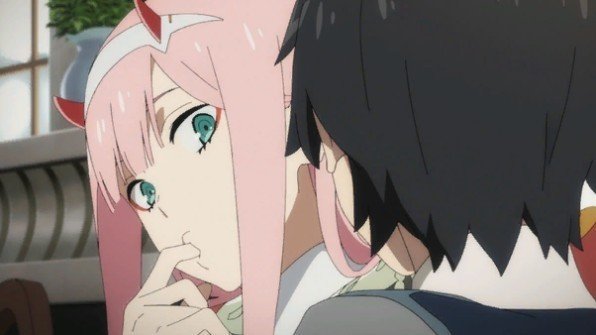 The music is one of its biggest highlights by the way.

Even as much as I hate this show now, the is too good to deny.

But as time went on, and it gets to around episode 16-ish, it starts to feel like Darling In The Franxx doesn’t know who it is anymore.

I just didn’t know what the eff was going on anymore. And neither did most people from what I know.

Obviously a lot of elements can be combined, plenty of do it. And even succeed trying.

But with Darling In The Franxx they basically started throwing sh** at the wall and seeing what sticks.

It didn’t matter whether it was a rock or a stone (which obviously can’t stick to a wall). But in their own desperation, Studio Trigger and A1-pictures still did exactly that anyway.

By this point, the went from memorable to forgetful

What happened to the threat of the Klaxasaurs? And the simple, yet mysterious plot that was just enough to keep you on the edge of your seat?

The plot that was easy to understand?

All of a sudden they decided to make EVERYONE fall in love with each other for no reason at all.

This was one of the first signs of it eventual demise.

It went from Mecha/supernatural to “WTF, I need to stop smoking so much weed. I’m high as fuck” – that’s literally how confusing the plot turned out.

They really must have been high in the last half of this series.

Read: The Greatest Anime Shows Have These 7 Elements That Make Them Stand Out

2. It started to become cliche

Gigguk made a 10 minute parody of Darling In he Franxx for similar reasons.

The fan-service I don’t mind.

Or the ridiculous idea of having the main character in a “doggy-style” position while piloting the Franxx.

But around episode 18-22 they somehow manage to get the Klaxasaur princess to sexually harass (kiss) the main character for some BS plot hole of “advancing” the series.

That’s the only reason she was created out of thin air.

Cliches are a part of life. And especially entertainment. You can’t avoid it.

But Darling In The Franxx got so cliche that it tarnished its own identity and stripped itself of whatever it had left that made it unique in the first place.

All that potential gone to waste. All because they rushed it in a hurry to “patch it up” and get it finished 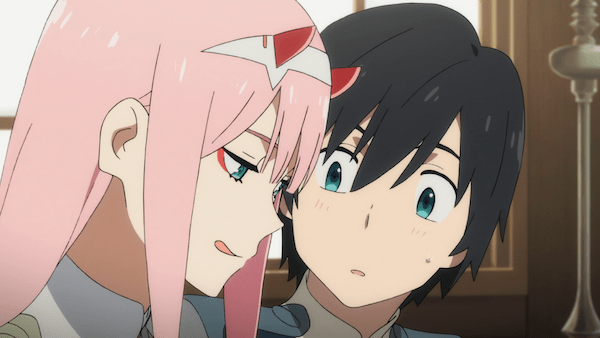 It’s like running half way down a race track and deciding to stop.

Why mess things up when you’re already doing so well? With so much momentum built up?

I love studio trigger, but they surprised me with this one.

Who knows what the “real” reason is for why it turned out the way it did. Besides the points I’ve already made.

I honestly can’t think of any other I’ve considered a favorite that I went on to hate with a passion.

But that’s because I hate to see something with so much potential destroy itself like that.

Darling In The Franxx could have been the “ of the decade” with as much influence as , , or other classic series.

But like they say, things happen. And in this case, it was for the worst.

Recommended: How Not To Summon A Demon Lord – The Best Ecchi Anime In 2018??