Cells At Work is one of the greatest anime of all time as far as creativity, uniqueness, and educational content.

No anime comes close. It brings hope to the anime industry and what’s possible with it in the right hands.

The concepts are fresh.

Life lessons, ironic lessons, and important lessons about life in general can be found here.

Not to mention the type of life lessons explained in such a way it’s like being in school, except it’s entertaining.

1. Your health really is a reflection of what you eat 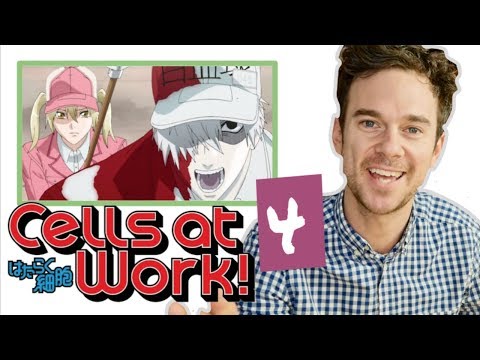 Cells At Work tackles a lot of different elements. And even shows you the result, metaphorically, of eating the wrong foods. Or certain foods causing certain issues.

This is shown in a more tame way when the immune system goes into chaos after the body gets food poisoning.

Red blood cells, white blood cells, it’s almost as if your body starts attacking itself. Or doing things it shouldn’t (before induced vomiting in this case).

If you eat sh*t overtime, it only stands to reason your immune system will reflect that. And a lot of problems will follow from that.

All this is shown in the most entertaining, educational way possible.

Cells At Work doesn’t shy away from getting deep with its explanations, or highlights of some of the worst conditions a person can have.

Cancer is one condition everyone knows of. It’s something people fight everyday, and are fighting right now to survive.

How Cancer cells form is a result of an error in your body.

Your cells regularly “copy” themselves to speed up functions in your body. But when a copy goes wrong, this is how cancer cells form.

If too many of those “copies” are errors, well, that eventually leads to a tumor.

Your body make sure that never happens so it usually never gets to that extreme.

That’s why technically, cancer cells are normal cells gone wrong. Caused by an accident in your own body.

Relevant: 8 Reasons Why Anime Is The BEST Form Of Entertainment (And Why We Love It)

3. Platelets are your body’s “construction” workers 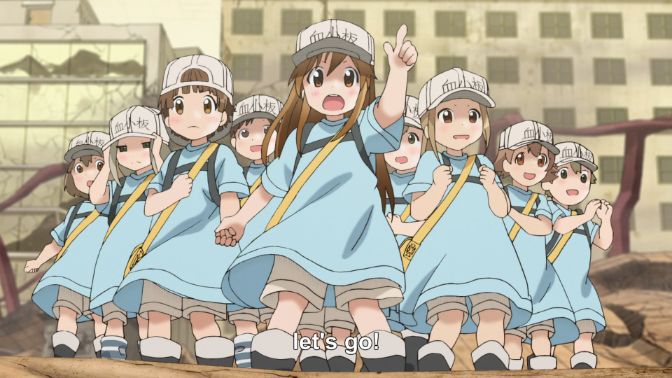 Platelets are made to look like the cutest of any character in Cells At Work. I don’t think there’s any debating it.

From the way they work together, make orders, and carefully do whatever it takes to repair your body… It’s all made to look wholesome.

In all seriousness though, platelets in your actual body are like construction workers. It’s their job to “fix” any damage.

If you get a cut on your arm, notice how it heals up and hardens eventually? That’s your platelets doing their magic.

They patch wounds up, prevent blood clotting, and they work as fast as they can to make that happen. While White blood cells fight off bacteria at the same time.

Platelet Cells at Work! Nendoroid Figure Check Price on Amazon Learn More
We earn a commission from Amazon & other affiliates if you make a purchase at no additional cost to you. 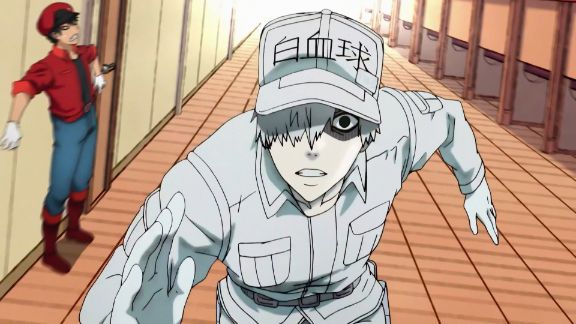 White Blood Cells, or Neutrophil Cell are the most common type of white blood cell in the body.

Their job is to obviously protect you from viruses, bacteria, and to eliminate it. But you can think of these cells as your body’s internal police force.

Once the body’s immune system sends out the right signals, Neutrophil Cells are the first to respond to the call. Just like Police from a 999 call.

Once they arrive at the scene of the bacteria or virus, they aggressively destroy the threat. Without any hesitation.

Ironically this is how it’s portrayed in the anime Cells At Work. It’s a metaphor to what goes on inside your own body.

So much is accurate about this anime series, that’s what makes the metaphor’s so on point. And surprisingly entertaining.

Related: 31+ Intense Anime Series That Are Too Mature For Little Kids

5. Red blood cells are like the postman who delivers parcels 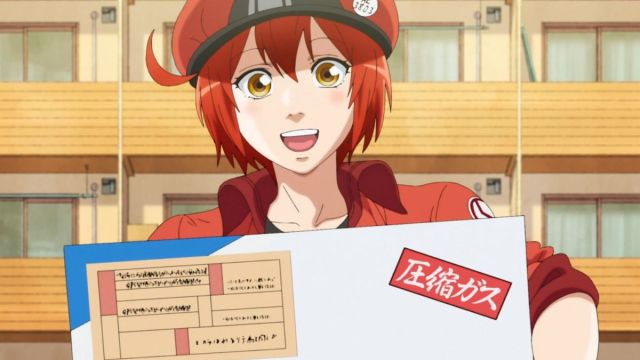 Red Blood Cells main job is to deliver oxygen in your body. Especially to the right places, cells, and what not.

You can think of your red blood cells like Fedex, USPS, Royal Mail, or any other postal company.

If your red blood cells are held back from doing their job, a lot of problems will stack up pretty fast. And the problem only multiplies.

Your body will literally shut down, and in the worst case the body dies.

And in this weakened state, even white blood cells will struggle to protect your body from bacteria invading it. 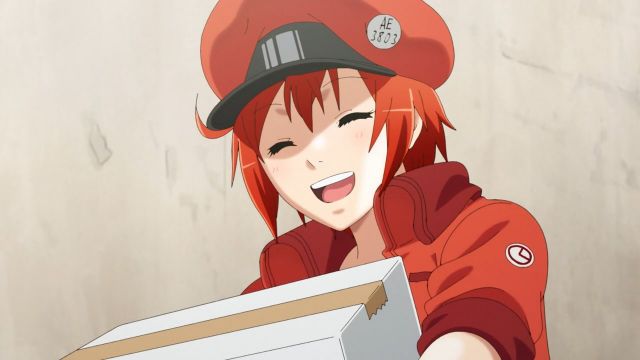 This is why blood donations make a difference. It allows a person’s blood cells to keep “delivering” packages to keep the body running as it should.

Red Blood Cell is my personal favorite from the anime. She’s the one you’re able to relate to the most, other than white blood cell.

It’s ironic because we’re talking about a cell in your body and not a human being. 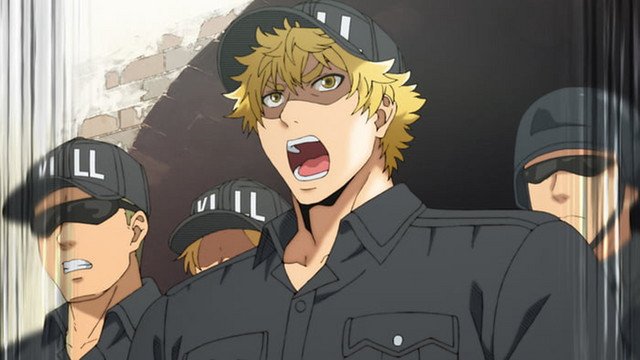 Killer T Cells are one of your body’s last lines of defense. And they don’t f*ck around when it comes to protecting you.

As a type of white blood cell, Killer T cells are like assassins, but more like military for their numbers and how they operate.

They’ll outnumber any bacteria, virus, and aggressively destroy it before it even has a chance of multiplying.

Killer T Cells especially attack cancer cells, and anything deadly that might cause problems on the extreme side of things.

As a white blood cell they work alongside Neutrophils to protect the peace. And do what must be done.

Can you think of anything else?