Brynhildr in the Darkness quotes taken from anime characters:

Brynhildr in the Darkness is a sci-fi, drama series produced by studio arms. Same studio as Elfen Lied and Maou Yuusha.

Let’s focus on taking the most important, relevant quotes from this anime. And giving you something to connect with.

Whether you’re a fan or not, here’s the show’s best quotes. 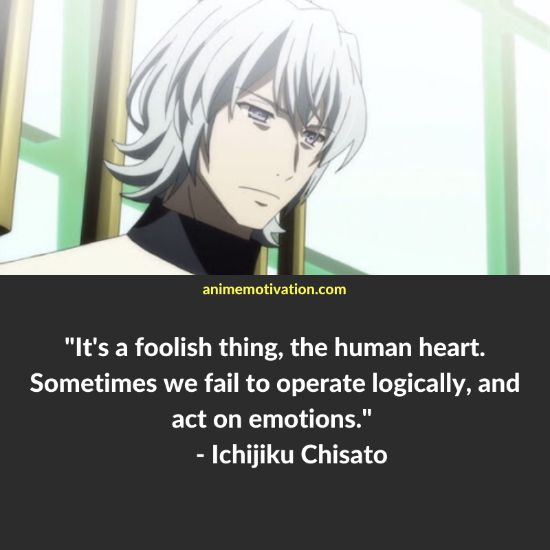 “It’s a foolish thing, the human heart. Sometimes we fail to operate logically, and act on emotions.” – Ichijiku Chisato 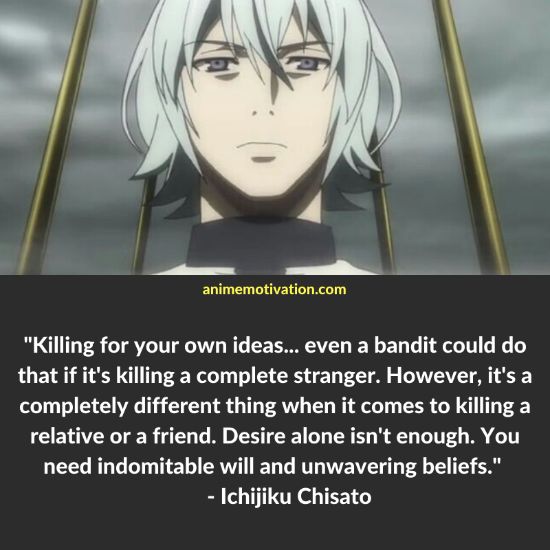 “Killing for your own ideas… even a bandit could do that if it’s killing a complete stranger. However, it’s a completely different thing when it comes to killing a relative or a friend. Desire alone isn’t enough. You need indomitable will and unwavering beliefs.” – Ichijiku Chisato 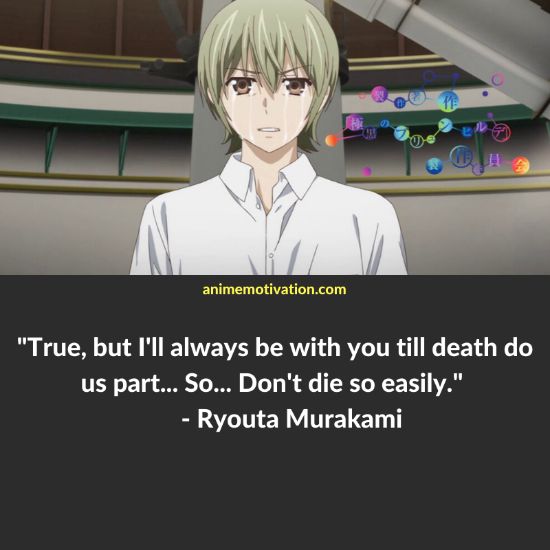 “True, but I’ll always be with you till death do us part… So… Don’t die so easily.” – Ryouta Murakami 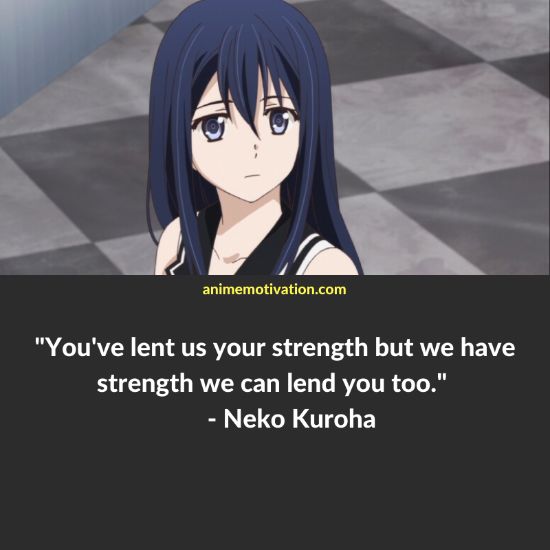 “You’ve lent us your strength but we have strength we can lend you too.” – Neko Kuroha 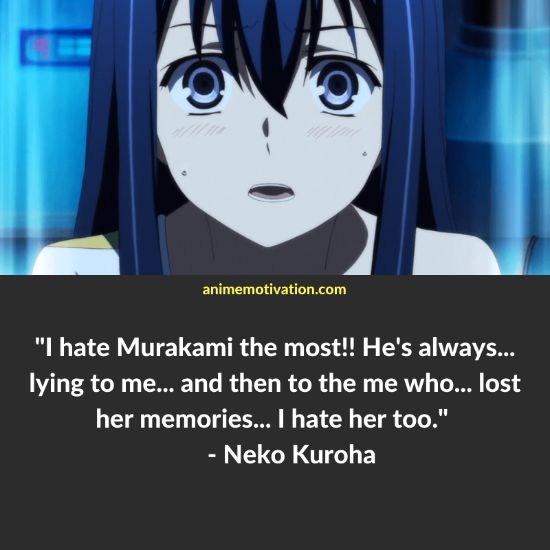 “I hate Murakami the most!! He’s always… lying to me… and then to the me who… lost her memories… I hate her too.” – Neko Kuroha 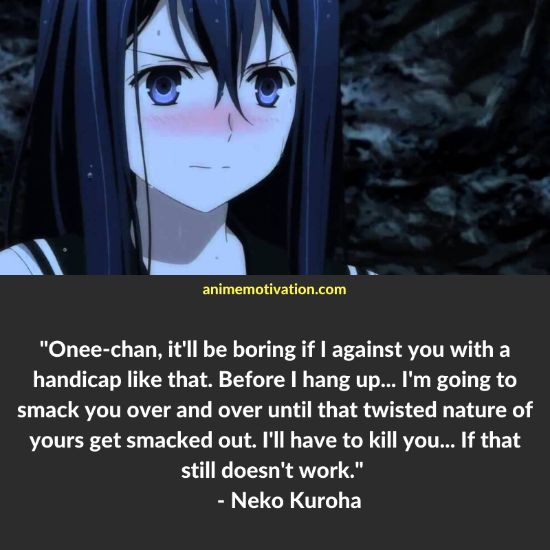 “Onee-chan, it’ll be boring if I against you with a handicap like that. Before I hang up… I’m going to smack you over and over until that twisted nature of yours get smacked out. I’ll have to kill you… If that still doesn’t work.” – Neko Kuroha 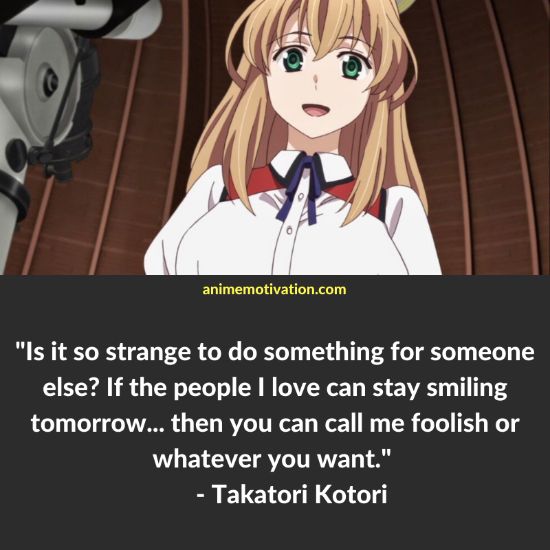 “Is it so strange to do something for someone else? If the people I love can stay smiling tomorrow… then you can call me foolish or whatever you want.” – Takatori Kotori 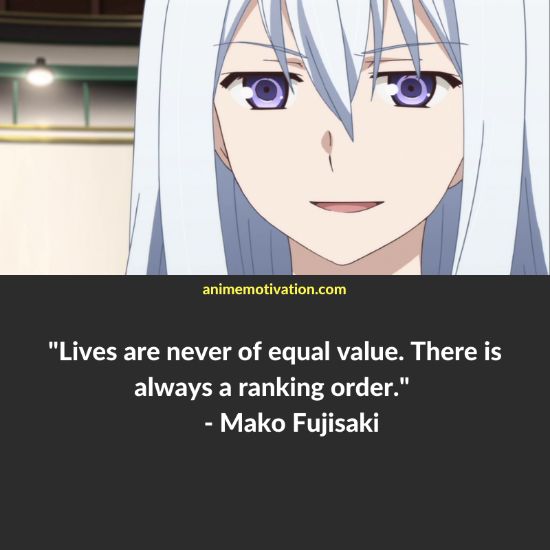 “Lives are never of equal value. There is always a ranking order.” – Mako Fujisaki 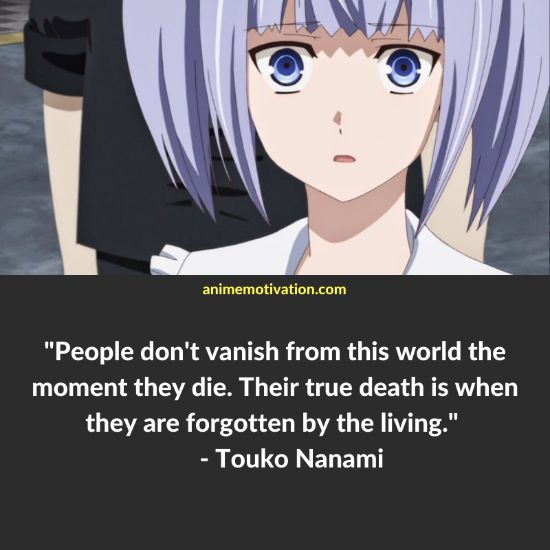 “People don’t vanish from this world the moment they die. Their true death is when they are forgotten by the living.” – Tokou Nanami 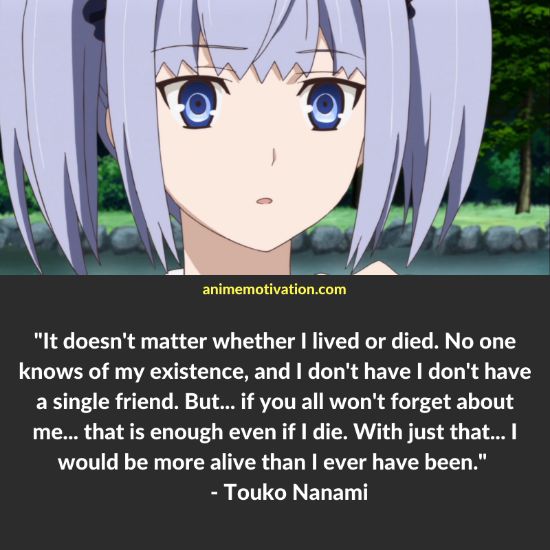 “It doesn’t matter whether I lived or died. No one knows of my existence, and I don’t have I don’t have a single friend. But… if you all won’t forget about me… that is enough even if I die. With just that… I would be more alive than I ever have been.” – Tokou Nanami 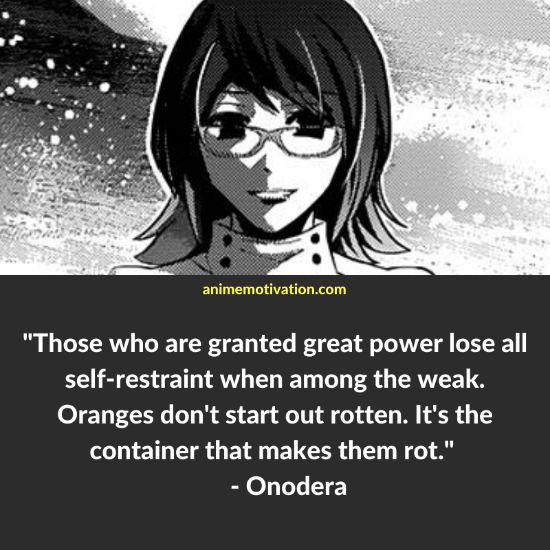 “Those who are granted great power lose all self-restraint when among the weak. Oranges don’t start out rotten. It’s the container that makes them rot.” – Onodera 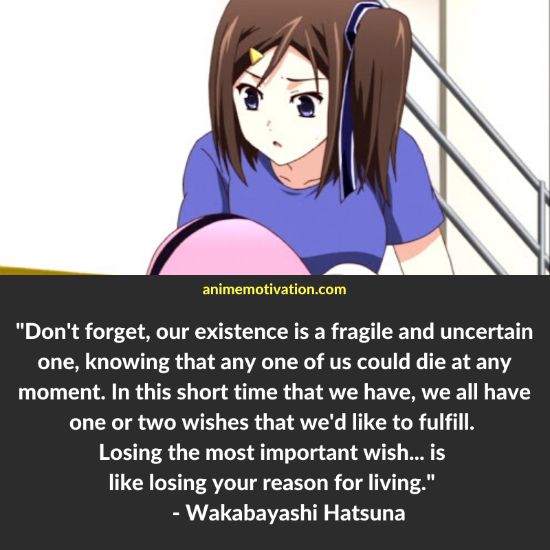 “Don’t forget, our existence is a fragile and uncertain one, knowing that any one of us could die at any moment. In this short time that we have, we all have one or two wishes that we’d like to fulfill. Losing the most important wish… is like losing your reason for living.” – Wakabayashi Hatsuna 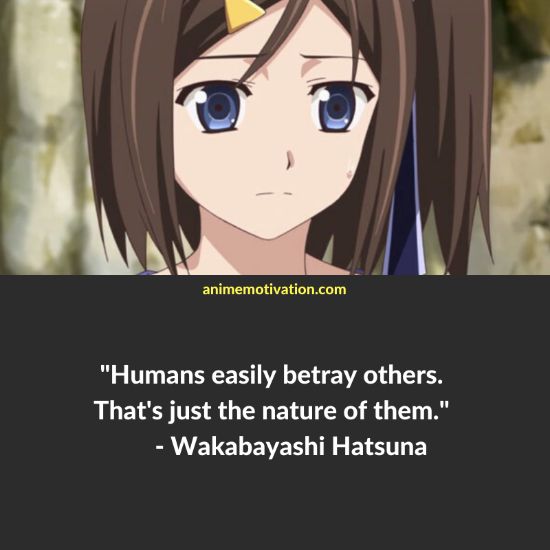 “Humans easily betray others. That’s just the nature of them.” – Wakabayashi Hatsuna 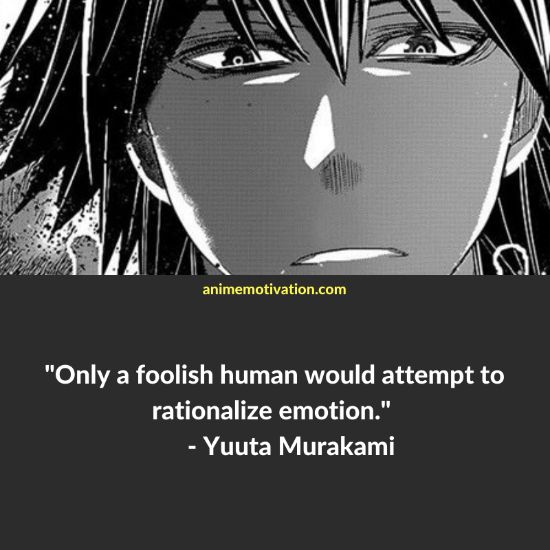 “Only a foolish human would attempt to rationalize emotion.” – Yuuta Murakami 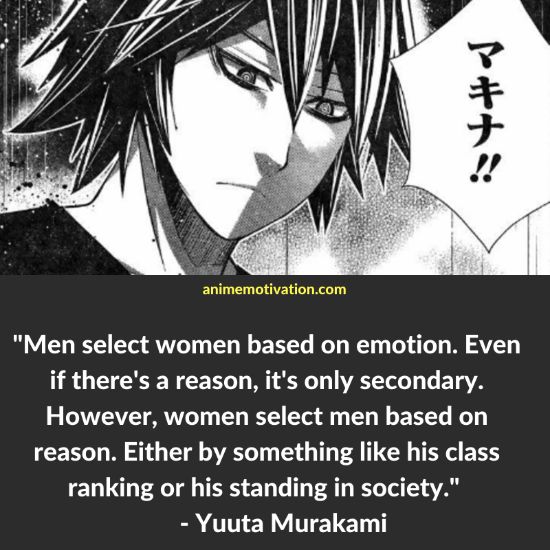 “Men select women based on emotion. Even if there’s a reason, it’s only secondary. However, women select men based on reason. Either by something like his class ranking or his standing in society.” – Yuuta Murakami 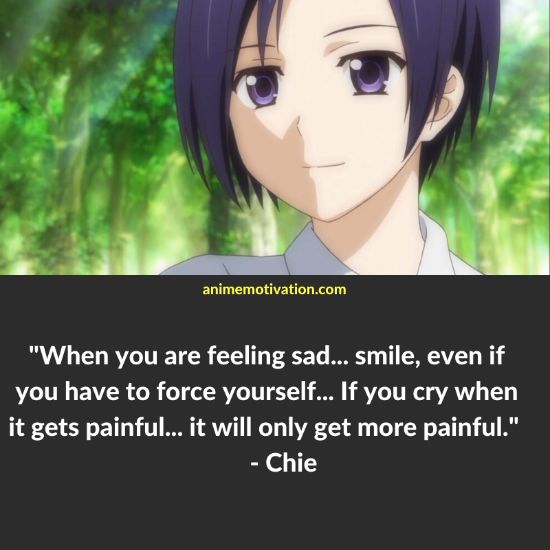 “When you are feeling sad… smile, even if you have to force yourself… If you cry when it gets painful… it will only get more painful.” – Chie 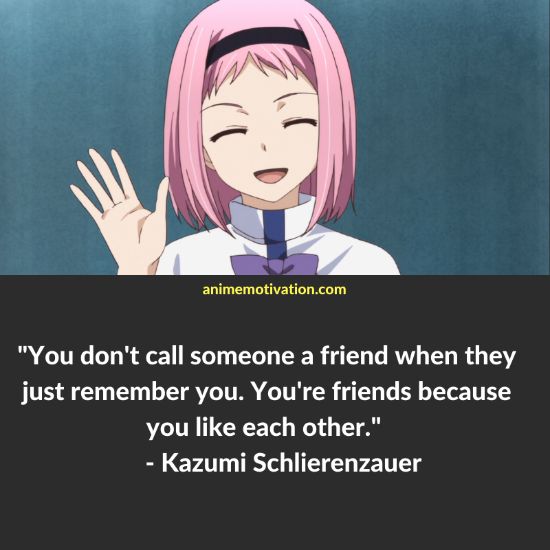 “You don’t call someone a friend when they just remember you. You’re friends because you like each other.” – Kazumi Schlierenzauer

A Collection Of Bungaku Shoujo Quotes For Fans Of The Movie