Just when you thought controversy could at least take a break, more controversy sparks like a match stick.

This time it’s about the content in NEW fall 2021 : AMAIM Warrior at the Borderline. It started October 5th 2021 and is being done by new studio Sunrise Beyond.

So what’s the BEEF? 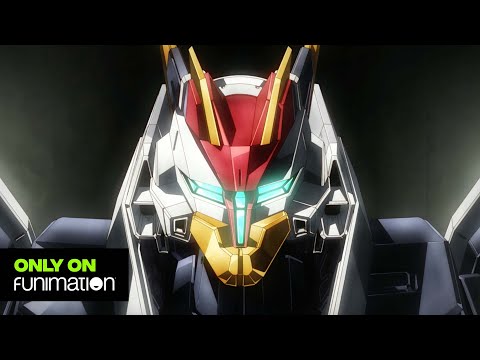 The takedown of this mecha on Bilibili’s platform can be summed up in ONE sentence.

“The depiction of the Chinese inspired villains is responsible for the ‘s removal.”

China in particular is extremely sensitive to even the slightest depiction or portrayal of anything Chinese. More so when it ends up on their turf.

They’re big on controlling the narrative and the message, so this is all it took for the to be removed forever.

AMAIM’s 5th episode is what triggered the shutdown

As pointed out by MAL, here’s the ‘s description:

“In the year 2061 AD, Japan has lost its sovereignty. The Japanese people spend their days as oppressed citizens after being divided and ruled by the four major trade factions. The country became the forefront of the world following the deployment of AMAIM—a humanoid special mobile weapon—by each economic bloc.”

This is important because the characters in red have been assumed to be depicting Chinese people. And claimed to be portraying them as characters who are oppressing Japanese people in this ‘s fictional story.

As pointed out by 4gamers (edited):

“In the fifth episode broadcast this week, it describes the story of one of the forces “Asian Army” oppressing the people in Japan.

In addition, Chinese netizens also alleged that, comparing the history of China and Japan, AMAIM, which reversed the positions of the oppressed parties, is fundamentally a deliberate distortion of history.”

If you know anything about the history of Japan and China, you’ll understand what they’re getting at and are suspecting.

Is it a bit of an exaggeration or a genuine concern that condones removing the from Bilibili?