Summer 2020 has already started for the industry. And plenty of shows are airing, or have started airing as of today.

So far we’ve got shows that are:

And there’s a good mix of both to keep things fresh.

Here’s some of the best this summer 2020 to start watching!

1. Uzaki Chan Wants To Hang Out This is an /slice of life that was adapted after stirring up controversy with SJW’s.

Uzaki Chan Wants To Hang Out… As the title implies, the ‘s motives are self explanatory.

Uzaki comes across as annoying, selfish, and that one who always has to be around people to enjoy themselves.

Of course this isn’t true. Uzaki has a thing for the male MC and that’s why he clings and teases him so much.

The is a bit trashy (like Shimoneta) so as long as you know what you’re getting into, you should enjoy it. This ’s off to a strong start and the villains are getting noticeably more powerful, with the violence jumping up a tad,

Tamaki is finally getting some action without the over use of pointless fan service from season 1.

Some black characters and POC have been added to the roster, with the dark-ish story starting to boil under the surface as it continues from where S1 left off.

Definitely an underrated Shounen to watch out for. Railgun T, or A Certain Scientific Railgun S3 is back in action. Started airing today after a 1-2 month break from the first half of the season.

The Dream Ranker arc (2nd half) is now airing with episode 16 setting the tone for what’s to come.

If it’s superpower types of you’re into, watch Railgun from the beginning until now. It’s one of the best out there and the world of Railgun stands out from your average series.

I’ve been following this because it’s by madhouse studios. And I wanna see how far they can push it (they never make a season 2, this is a first).

No Guns Life continues from the first season with the extendeds, Juzo Inui, Mary Steinberg (the engineer) and a kid named Tetsuro.

The is starting to explore the backstories of the main characters, a thing the first season didn’t do.

If you want some mystery and action mixed together, No Guns Life is worth a go. 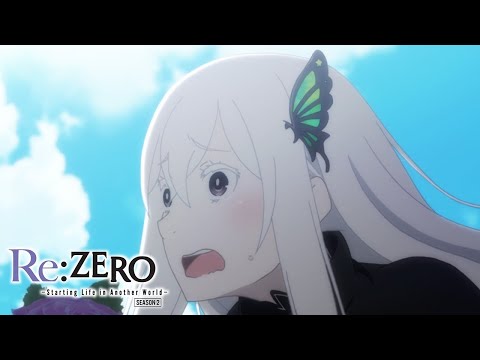 The witches seem to be a big part of S2. This is shown in the first episode and the carnage that comes with it.

More witches in the plot are coming out the wood works, Rem’s absence has shifted the plot, and everything so far looks like it’s leading up to something major.

Watch season 1 before season 2 to determine if you’ll like it. And if you do, don’t miss the 2nd season this summer.

The is a prime example of some of the best psychological/fantasy we’ve seen in years. AND It’s an Isekai.

Relevant: A List Of 30 Psychological Anime You NEED to Consider Deca Dence reminds me of or . The way it flows, it’s style, the main character and the animation has similarities.

It’s a sci-fi/action type of series with a strong first episode that leaves you with unanswered questions. and curiosity.

I’ve been looking forward to this from months ago and I’d watch it if you want something different this season. Oregairu’s latest season is here after so many years.

I haven’t watched it (can’t watch everything at once) but knowing the history of this I imagine it’s going well.

It seems to be from what people are saying.

If slice of life is right up your alley, then watch Oregairu. I

t’s different from most slice of life and has a more “in depth” approach than is usually seen. anime you watch for the martial arts. It’s one of the show’s strongest features.

The martial arts and the was inspired by the first Dragon Ball series. Which also focused more on martial arts.

The ‘s doing the rounds right now and is another webtoon that’s killing it, just like Tower Of God.

It’s a good transition from your typical shounen where everything is flashy and dramatic, since is more toned down.

9. Alicization: War Of The Underworld 2

Alicization is definitely the best version I’ve watched of all 3.

Alicization as a whole feels more accomplished and the arcs are better polished than older seasons.

The needs no introduction but it’s worth saying that this is one of the best airing in summer 2020.

And that’s regardless of the controversial first episode with tentacles and all that good stuff.

42+ Of The Greatest Hayao Miyazaki Quotes About Anime & Life