It is safe to say that production gave us a real treat last year!

We’ve seen everything from anthropomorphic animals and fairytales to fascinating war stories.  That said, 2021 gave us enough material to fill more than one top 15 list. 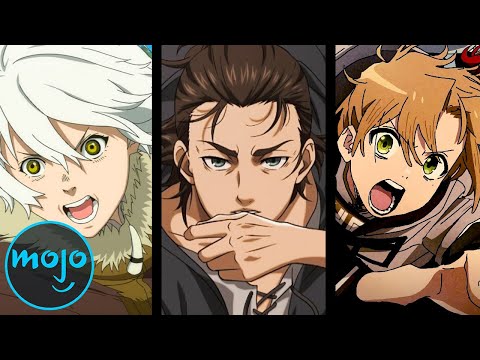 A genre that particularly blossomed last year is , to the delight of millions of fans worldwide.

Plus, with movies, such as that conquered the hearts of many, and super Halloween costumes we‘ve seen on TikTok, even more, people became curious about the genre.

Here’s a list of 15 that we enjoyed most last year. 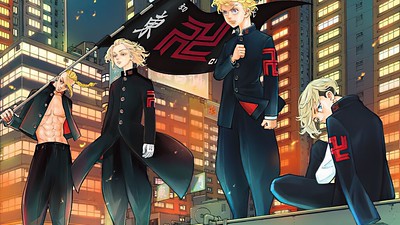 The popular show tells the story of 20 – something Takemichi  Hanagaki, who found out his ex-girlfriend was murdered by the local gang.

One day, somebody pushed him into an oncoming train, which took him 12 years back, in the period when he was a 14-year-old delinquent.

At that moment, he realizes that he can travel through time and change its flow and uses this chance to change the fate of his middle school girlfriend, Hinata.

Now, after reading this, you may wonder why so many people label it as their favorite .

Well, it is a shonen, and if you know anything about this genre, you know that shonen is one of the types of that usually attracts more fans than others because it offers intensity and action.

Also, you will not find plenty of series where the main character leaps through time and leads a gang of delinquents. Thus, many people find the plot to be exciting.

The main reason people like it so much are that it realistically portrays life. Of course, time leaping doesn’t exist, but all other things like gangs, etc., are very real.

Sport shows are among the most popular in the genre, and one that conquered the hearts of many is SK8 the Infinity.

The best sports follow a group of skaters from Okinawa who want to participate in underground races.  It is an exciting and moving series with charming characters you can only get attached to.

We were particularly moved by Reki and Langa’s relationship, which is the heart of the story.

The season has only 12 episodes, so you can finish it in two days. But once you do, believe us, you will end up wanting more.

For those of you who didn’t see it at all, My Hero Academia follows a superhero fan Izuku Midoriya.

Izuku lives in a world populated by superheroes, although he doesn’t have any powers. However, after he inherits superpowers from the world’s best superhero, he realizes that the dream of becoming the number one in this world might become true.

Nevertheless, once he gets enrolled into Academy, he realizes that being a superhero entails much more than he expected.

That is especially true in the fifth season because the students face a danger greater than ever before.

anime shows of all time, with the help of the brilliant second season.

It comes with two different arcs – Entertainment District Arc and Mugen Train Arc.  It is so wonderfully made that it just keeps audiences wanting more.

Plus, the film saw incredible success both in Japan and worldwide.

The first season of the Netflix series was already a huge hit since it brought quite a bit of drama, mystery, flashed-out world, endearing characters, etc.

Just when we thought that it couldn’t be better, the producers surprised us with the second season, which proved to be better than the predecessor in every way.

It talks about the world of anthropomorphic animals, divided between carnivores and herbivores, where a kind and gentle wolf Legoshi investigates the murder of alpaca in his school.

Relevant: 17+ Of The Best Sci-fi Anime That Won’t Disappoint!

Although Odd Taxi is an entirely new series, it already blew up big.

The beginning of the show is relatively simple and gives the impression of watching an ordinary . However, it quickly escalates into something more.

It’s about a crime that quickly gets out of control and part Scorcese crime epic. It also has elements of a furry show with a bunch of anthropomorphic animals.

The scriptwriters achieved the ideal balance between fantastic and realistic with elements of dry but funny humor and play with words.

The first season of the series was a love letter to the legendary sports with a bit of science fiction.  The ending was also brilliant, and it seemed like there isn’t much to say after that.

The second season, Nomad, managed to get the audiences even more engaged with touching stories of immigration and vulnerable communities, which is something you don’t see so often in this genre.

Of course, the phenomenal boxing fights left no one indifferent and are certainly among the reasons for the popularity of the series.

8. Ranking of the Kings

The first thing we want to tell you about Ranking of the Kings is – don’t be fooled by the looks of it. It may seem like a cure show for children, but it isn’t.

It follows a child-king who learns to accept himself and be a better person. However, it is a complex, political fantasy story that, in some way, might remind you of Game of Thrones.

The show offers exceptional visuals. Because of the simplistic characters and colorful backgrounds, many say that it artistically resembles Calvin and Hobbes.

The story is about an orphaned girl with magical powers named Biwa.

Taira no Shigemori, the eldest son of the mighty clan who is terrified by the visions of his death, decided to take the girl in. Since she is clairvoyant, Biwa predicts the fall of the Taira clan and various tragedies that precede it.

Since the clan is responsible for her father’s death, she refuses to help them regardless.

It is one of those series that became popular despite all odds. It combines the elements of horror and comedy, which works surprisingly well.

The plot contains some unpredictable twists which keep the audience engaged the entire time.

The arc is fantastic and perfectly fits the story that it wants to tell.

We can’t say that Blue Period is the best adaptation you will see. But as the original materials are so brilliant, it is safe to say that the show works pretty well too, even though it is not what people expected.

It will probably take some time for you to get in, but once you do, you will see that it is a deep and engaging .

It offers profound artistic and philosophical ideas, interesting characters, and a superb soundtrack.

All of us who loved the original Fruits Basket had to wait for so long to get the ending of our favorite .

The thing is that the original series had only 26 episodes, and it didn’t complete the story. But the new season is finally here, and we can say it is everything we expected it to be.

At the same time, if you are a Fruits Basket fan, you will have a hard time saying goodbye once again to all of your favorite characters.

This show exceeded all of our expectations. Considering that the creator is the same person who made A Silent Voice, it had big shoes to fill.

We are happy to say that it indeed did, and marvelously if we can add.

The exceptional series is emotional as it tells the story of being happy for being alive in this world, even in situations when you have nothing to win or lose. 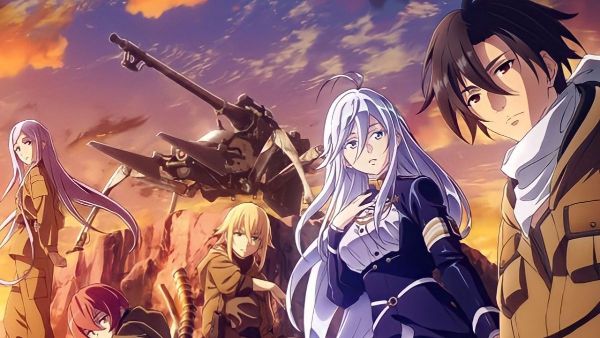 Eighty-Six 86 is definitely one of the best war and, in our opinion one of the biggest surprises from this year.

The plot tells a story of a war between two nations in the far future. Although the war should involve autonomous machines, one of the nations uses an oppressed ethnic minority that they call 86.

As the story unfolds, we understand they are sent to be killed as pilots for the government that claims not to have any casualties.

Fans of action will be thrilled to watch it. Others will be pleasantly surprised because even though it could have been a simple action story with a savior moment, it is much more than that.

It questions the concept of the white savior and points out the dangers of indirect fascism while making apparent parallels to the world that surrounds us.

After five seasons, the producers finally decided that it is time for a female Jojo. She needs to get out of prison before she can do anything.

It starts with her being sentenced to 15 years in prison for a crime she didn’t commit. Alas, she has no way of proving it and clearing her name.

So many phenomenal shows came out last year, and the selection process hasn’t been easy at all.

I hope you will enjoy watching and tell us which ones you prefer. Also, if you are not too big on the genre, we strongly recommend that you give some of those brilliant series a chance.

9+ Of The Best Anime Shows From Cloverworks (Studio)