Assassins Pride is a fantasy series adapted from a . Made back in fall 2019.

It’s about the challenges faced between the main characters because of the lifestyle they chose to lead, after getting to know each other.

Here’s the best quotes the anime has to offer. 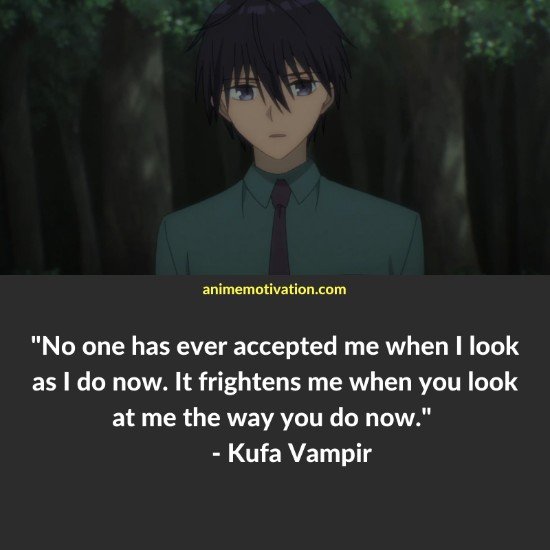 “No one has ever accepted me when I look as I do now. It frightens me when you look at me the way you do now.” – Kufa Vampir 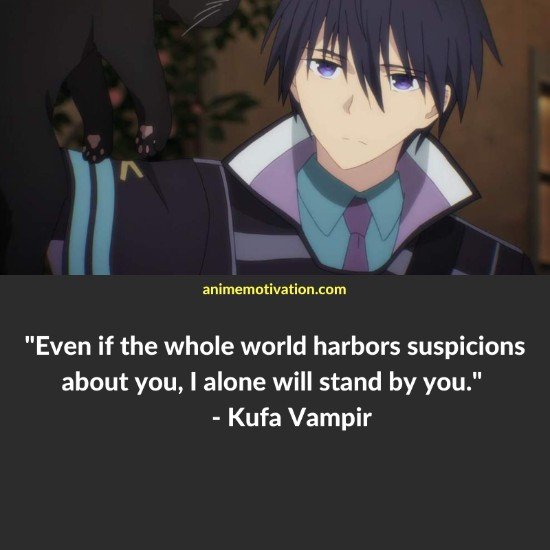 “Even if the whole world harbors suspicions about you, I alone will stand by you.” – Kufa Vampir 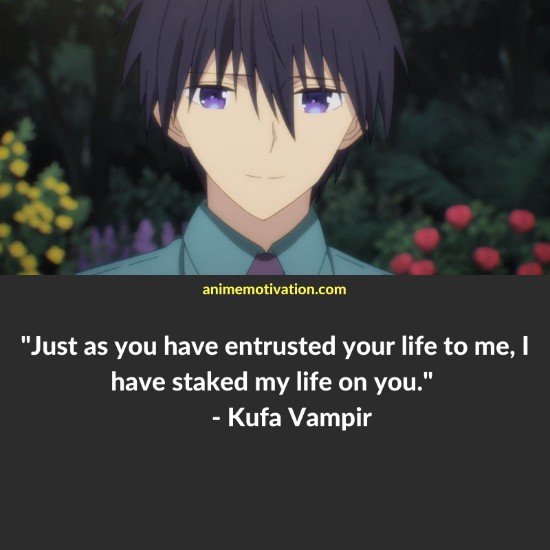 “Just as you have entrusted your life to me, I have staked my life on you.” – Kufa Vampir 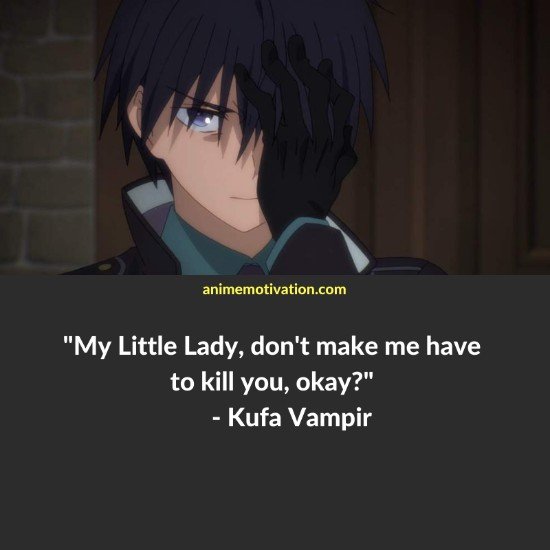 “My Little Lady, don’t make me have to kill you, okay?” – Kufa Vampir 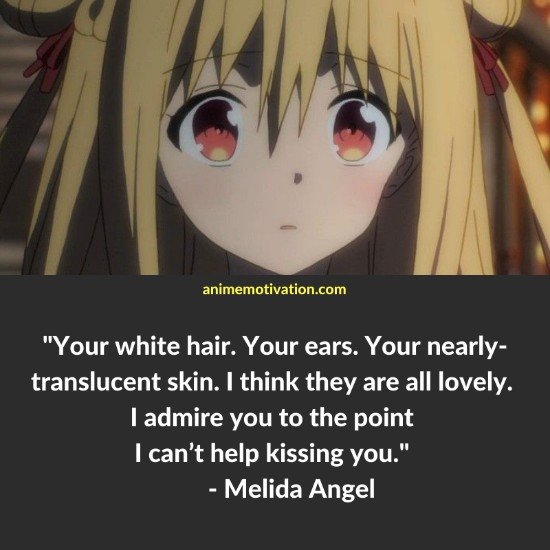 “Your white hair. Your ears. Your nearly-translucent skin. I think they are all lovely. I admire you to the point I can’t help kissing you.” – Melida Angel 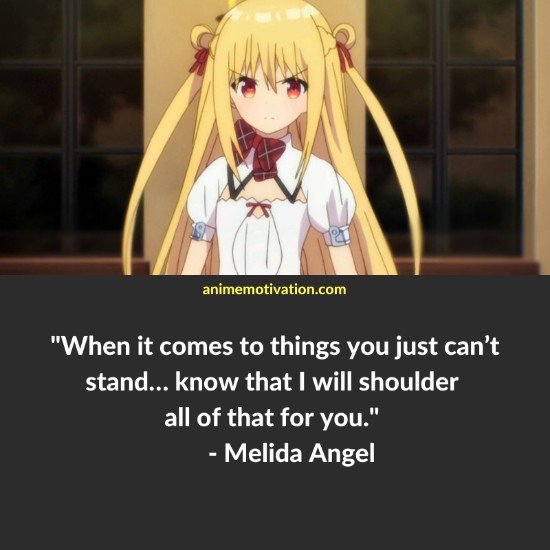 “When it comes to things you just can’t stand… know that I will shoulder all of that for you.” – Melida Angel 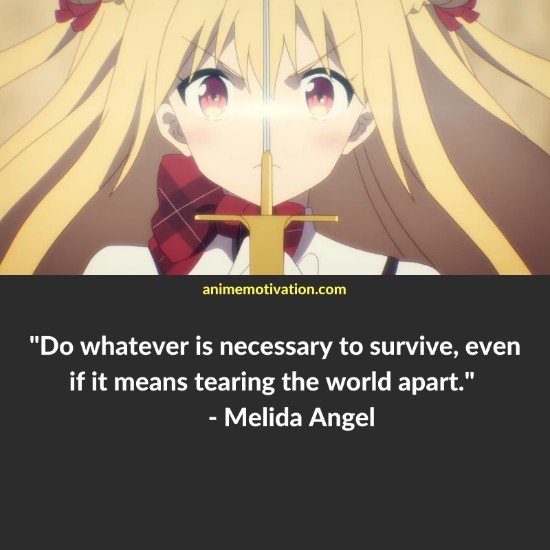 “Do whatever is necessary to survive, even if it means tearing the world apart.” – Melida Angel 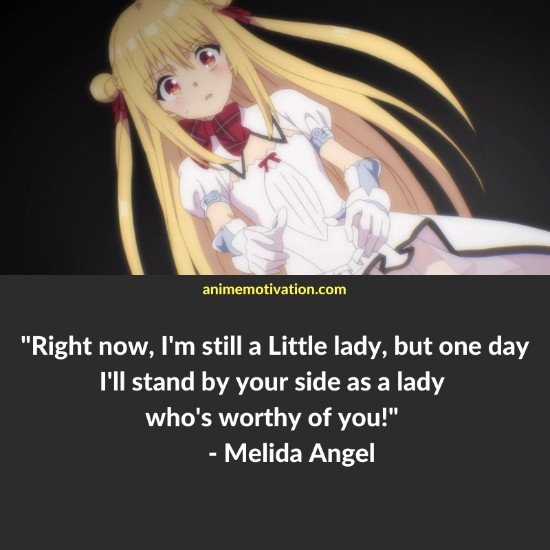 “Right now, I’m still a Little lady, but one day I’ll stand by your side as a lady who’s worthy of you!” – Melida Angel 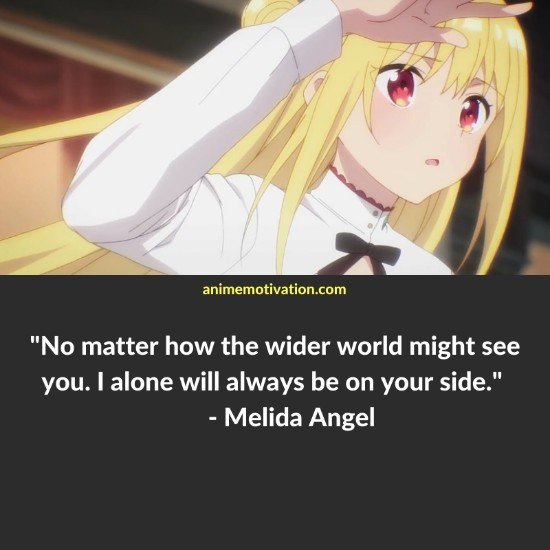 “No matter how the wider world might see you. I alone will always be on your side.” – Melida Angel 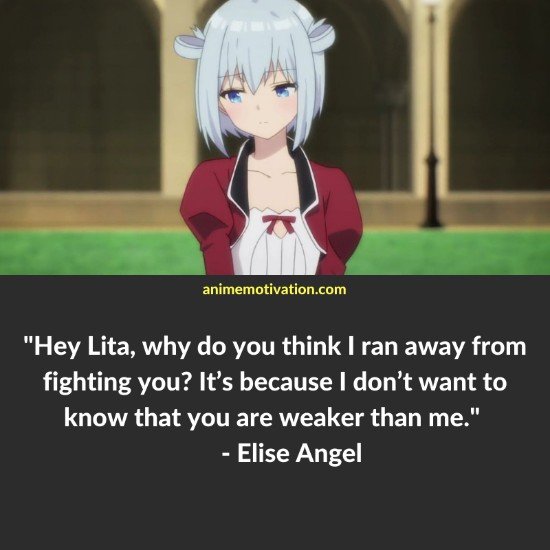 “Hey Lita, why do you think I ran away from fighting you? It’s because I don’t want to know that you are weaker than me.” – Elise Angel 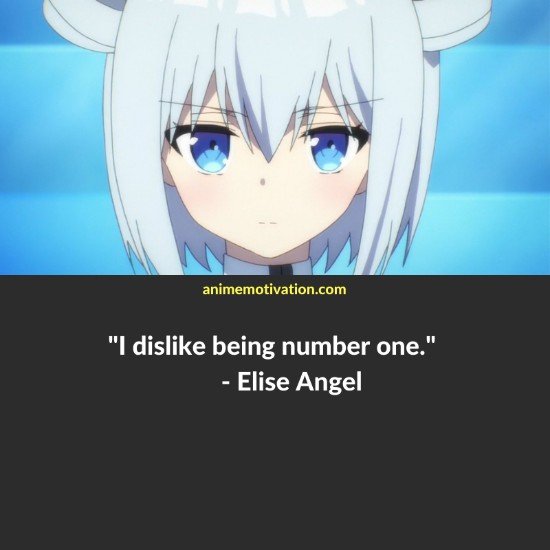 “I dislike being number one.” – Elise Angel