You have P.G anime where it’s clean as F.

Then there’s regular anime where you “might” get subtle fan service.

Let’s talk about the last one.

These anime don’t have sexual scenes in every episode, not even close to it. But they have relevant episodes where this takes place.

That’s regardless of whether it gets serious, intense, or whether it’s short or lasts a while.

Sword Art Online is a VR gaming series. After the characters find themselves stuck in their favourite game, they’re forced to fight to the death.

Dying in the virtual world means you die in the real world, and a similar premise follows all 3 seasons of SAO.

As Kirito and Asuna’s relationship develops from season 1, you do get “almost” scenes though not very many.

And of course, there are the more controversial episodes where characters almost get violated, though that’s another story in itself.

It’s worth mentioning since many people tend to point it out. 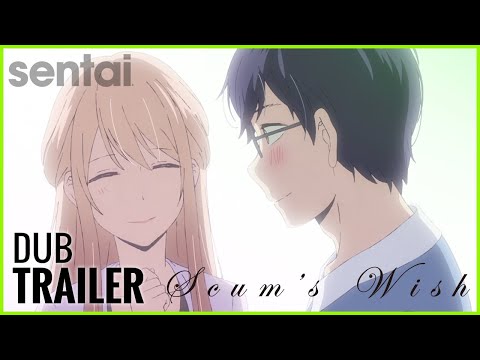 Scum’s Wish is a mixed bag of a series. Some fans enjoy it, others not so much. It’s that kind of anime.

The story is basically focused on the deeds of its characters. The “scum” in the title kinda speaks for itself.

It will make you question the ethics of certain things that go down in the anime, and may entertain or disgust as you watch it.

Sex scenes are guaranteed in this series. That’s one element it doesn’t hold back with. 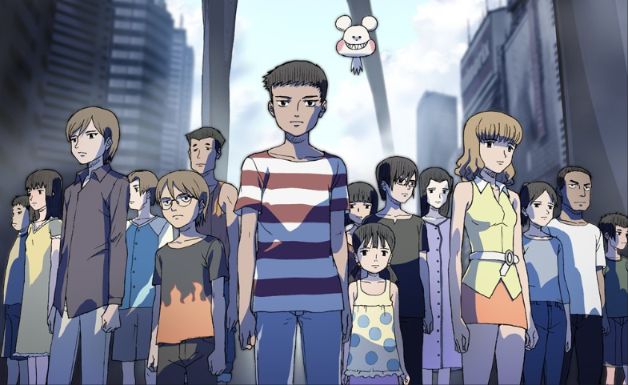 Bokurano starts off as trickery.

Imagine being told someone is working on a game with the intent to protect people in the end. The means of protection being the use of a robot.

Foolishly most people sign the contract laid out to them, and unsurprisingly, this is where things get dark and gritty.

The anime is made by studio Gonzo and is in the genre, so this kind of thing is expected. With obscenity thrown in where it counts. 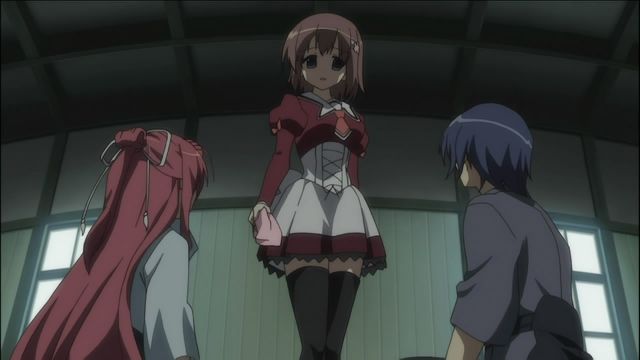 11eyes is surprisingly made by Doga Kobo, a studio known for their and comedic anime like Umaru Chan.

This is one of those supernatural anime where a bunch of characters meet each other, coincidentally. Or I should say they all end up in the same place.

The mission from here is to survive and fight together as a unit. This is where the anime takes place and things get more seemingly serious and violent.

The sex scene in this series happens later down the line, and in spite of the fact it does happen, well, I’ll let you find out for yourself.

Darling In The Franxx is many things.

And most of all: controversial. The anime stirred the pot of controversy so much, it was banned in China, and anime fans on Twitter lost their sh*t over the .

That aside, you do get some saucy scenes later in the anime. This is during the time when the plot takes a wild turn in direction.

The and the initial action scenes in FRANXX is on point, but it does get silly the further into it you get.

Relevant: 18+ Anime Shows With Lots Of Kissing Scenes And Romance 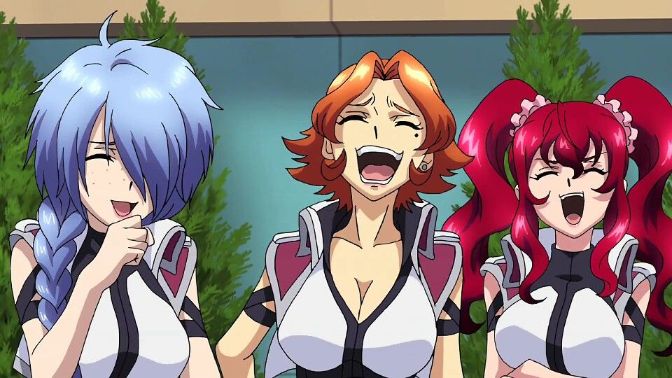 Cross Ange is an action/sci-fi anime by SUNRISE studios. The same studio behind Code Geass!

Released back in 2015, this anime focuses on hierarchy’s, outcasts, and those who have power. In the anime’s plot, those who can’t use “Mana” are looked down on like they’re worthless.

It’s a decent series and yes, it does have something saucy down the line if that’s what you want in particular.

Either way, you’ll be killing multiple birds with one stone since it’s not just a generic series.

Future Diary is one of the most famous series of all time. There’s no question about it.

Some love it, some hate it, and others just don’t care about it too much.

The plot is about people who GOD chooses to be diary users. Each with their own unique power (seeing the future in their diary, etc).

Similar to something like Battle Game In 5 Seconds, the anime is about survival with a lot of brutality and Yandere-action to go with it.

After Yuki Amano, one half of the MC’S develops a bond for his captive, they end up doing the dirty much further into the series.

This is anime remember, so don’t expect anything extreme. 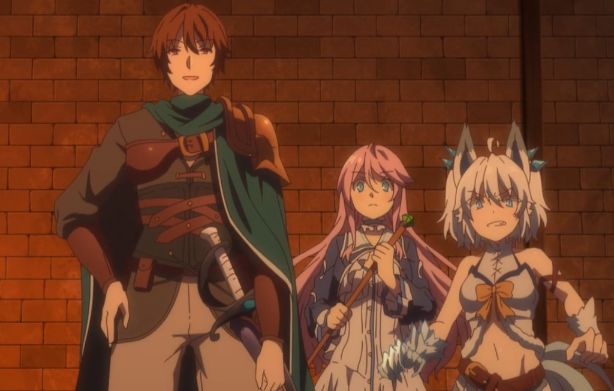 Redo Of Healer is the anime of 2021 that pissed tons of fans off, caused outrage, and had journalists crying tears of anger at the audacity of it all.

Keyaru, the male MC is put through hell.

You name it. Keyaru went through it and was taken advantage of by the so called innocent princess of the Jioral kingdom.

This anime is about revenge. And keyaru gets his revenge in an uncomfortably savage way. Which is why the anime was so controversial.

It’s revenge on steroids, but that’s not the reason for the saucy scenes. That happens as a result of Keyaru’s harem he builds on his journey.

It happens every 3 episodes or so. 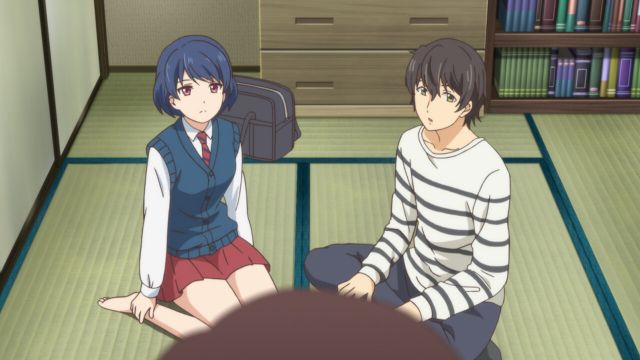 Domestic Girlfriend reminds me of Citrus. It’s presented as a trashy anime series with no real grace with the way it goes about things.

As the name implies, it’s about a girl who’s basically domesticated. To the point of the anime going the INCEST route.

You should keep that in mind if you wanna watch it because it’s not shy about it.

That said, Domestic Girlfriend targets a certain type of anime fan and it does wonders for those that want it (fetish). 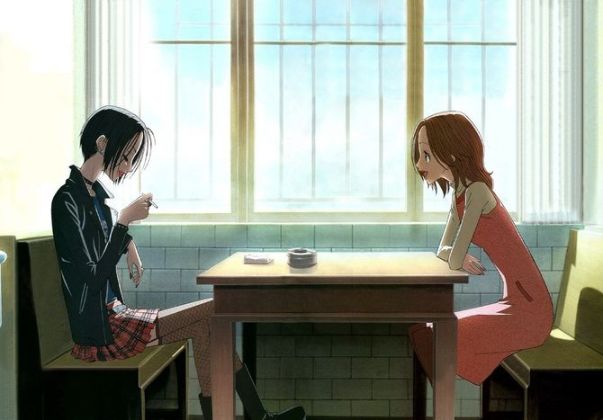 NANA is an absolute classic of an anime series. Of all the shows on this list, Nana is classy, has style, grace, and isn’t the least bit trashy.

This is all accomplished in spite of the anime having characters who are sexually interested in each other, and who actually take it there.

There’s two main characters: Nana Komatsu and Nana Osaki, 2 with the same name who meet each other on the train to Tokyo.

They happen to be sitting next to each other. And they even end up opposite each other in a set of flats.

Madhouse studios is to thank for this /slice of life . It deserves more appreciation. 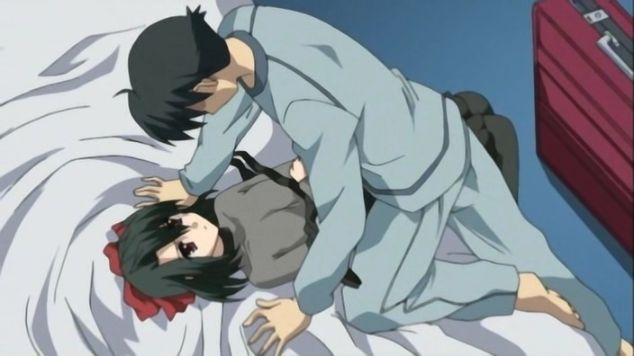 School Days is famous for the wrong reasons, but it needs to be mentioned regardless of its reputation.

The anime is about cheating. This is an important part of the anime’s plot, the pain, the tragedy, and the savagery of what goes down later.

If you looked up asshole in the dictionary, the MC’S name would be right there. That’s the level of messed up that goes down in School Days.

Of course, how they handled it is why the anime is considered one of the worst rated anime of all time. Sex scenes and all. 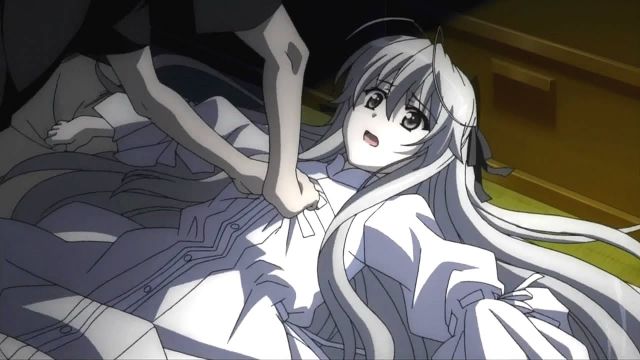 Made by studio feel, Yosuga No Sora is purely a harem anime series. That’s its main focus. If harem’s not your cup of tea, you won’t enjoy it.

For those who are into it, Yosuga No Sora may even seem pleasant and at times. But that all depends.

There are legitimate sex scenes in this series, and obvious nudity so that’s an added bonus if you want something more specific. 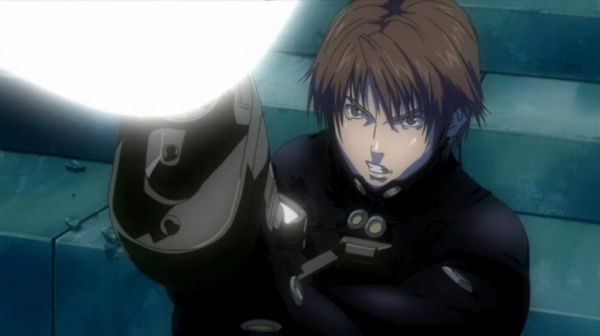 Gantz is one of those f*cked up anime series with dark elements, plenty of shock value, and of course – obscenity.

It’s made by studio Gonzo (or was).

If you’re not looking for anything or relaxed in the slightest, Gantz will take you to the darkest corner of society. And sicken you as much as it can with its portrayal of ugly, immoral characters and behaviours.

14. The Qwaser of Stigmata 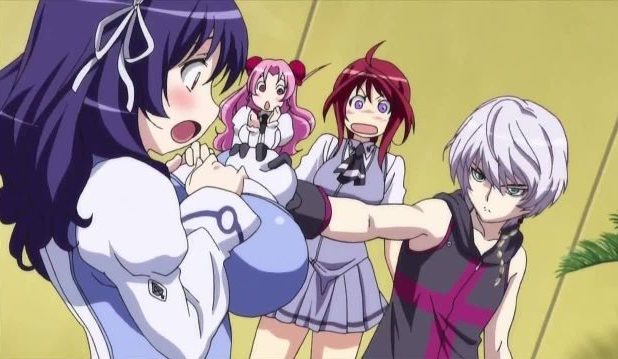 The Qwaser of Stigmata is made by the studio Hoods Entertainment. Same studio with the anime 3D Girlfriend and Mysterious Girlfriend X.

Being a Seinen anime you might be surprised to see it has a little “sauce” in a minority of its episodes. But it’s true.

In fact the main character literally gets power from “breastfeeding”, aka drinking milk from the female MC’s tiddies.

It might not be the traditional element you’d expect from an anime of this sort, but it’s relevant for those who seek it.

19+ Demon Anime Series You Shouldn’t Miss Out On!