Anime with bad English dubs exist. That’s no secret if you’re in the anime community.

It’s a point so many people get across, argue about or just point out on a regular basis.

Even though anime shows since the disaster of “4KIDS” has gotten better, there are still some that fall flat on their faces.

I’ll focus on both old and new anime shows where relevant.

Happy Sugar Life is a favorite anime of mine. It’s dark, disturbed, but artistic and symbolic in the way it expresses itself.

It’s like another shade of what you get from Higurashi: When They Cry.

That said, the DUBBED version of this anime is awful. Even for the main characters. It doesn’t fit.

They don’t express the characters emotions very well, or their personalities. 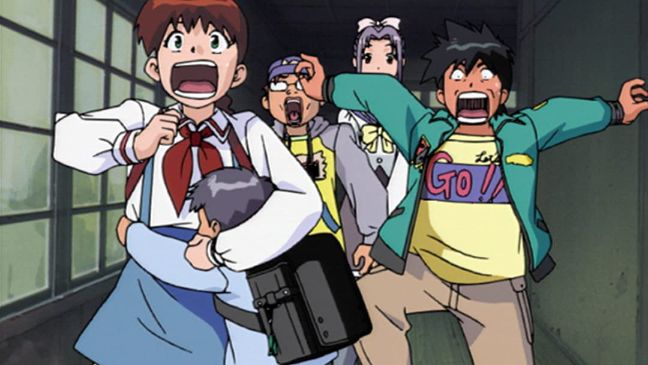 Ghost Stories is legendary in the anime community in the west. And I suppose other parts of the world outside of Japan.

In Japan the anime did poorly. It slipped and fell, and never managed to get back on its feet. So Japan gave it to the USA.

They let them “do whatever they want” with the dialogue, and so they had so much fun with it…. They butchered it.

There is a humorous side to it with the politically incorrect dialogue and wild comedy. But ultimately it’s sh*t at its core.

So it has to be mentioned here for the anime’s dubbed version. 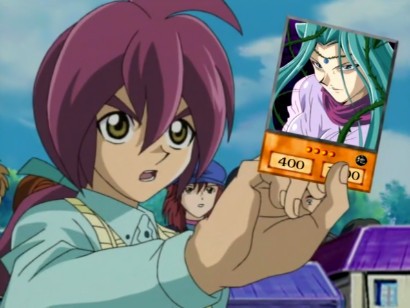 Yugioh was one of the many anime of the 2000’s that dominated and still lives on to this day.

It’s in the “classic” territory, and I doubt there are many who don’t know of it.

During the time it aired, a company called 4KIDS got a hold of many popular anime in the west.

Yugioh in particular was slaughtered for its dubbed content and a lot of the censorship this company was known for.

It wasn’t the greatest. 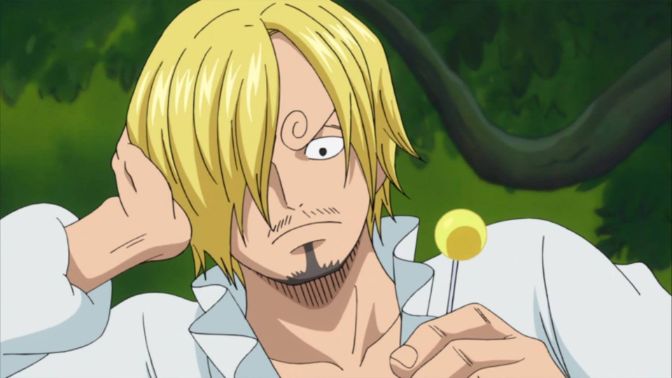 is another anime that was managed by 4KIDS at one time. And it didn’t go well.

Given the anime’s extreme fame and success, it made the reaction worse for fans who heard the dubbed version of this show.

Not every anime series can have a set of stellar voice acting like (when dubbed).

It’s not like it had much hope since 4KIDS were behind it though. 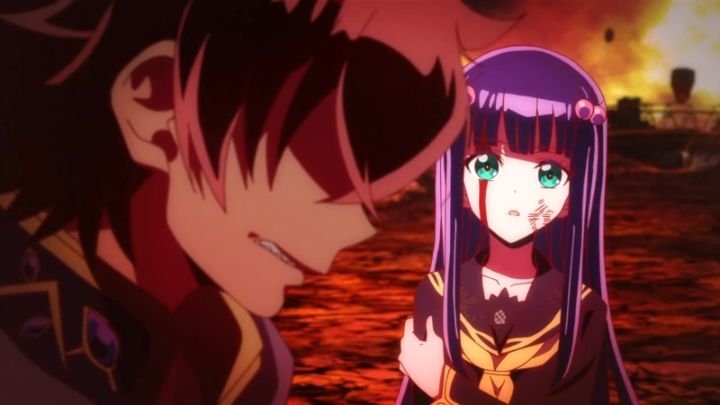 Twin Star Exorcist is a Shonen anime you may or may not know of. It’s somewhat underrated, but maybe not.

That applies more to the subbed version than anything else.

I watched the dubbed version of this anime, and initially enjoyed it. Benio and Rokuro (main characters) aren’t too bad.

The rest of the characters though, especially the girl with green hair. I forgot her name.

It makes her teenage character sound like a grandma.

At some point I couldn’t take the pain anymore. One of the worst dubbed anime I’ve heard.

Relevant: The Most COMMON Shounen Cliches 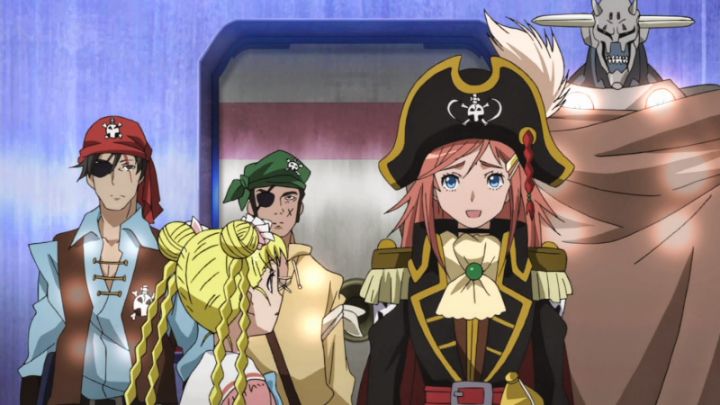 Bodacious Space Pirates is an OK anime. A decent anime.

I thought it was much better back then because I hadn’t watched as much anime.

It’s about Marika Kato, a pirate captain. And her journey through space with friends on a ship called the Bentenmaru.

Once you skip past the dub quality for the main characters, it gets worse. But the lip syncing is also a little off with the dialogue.

This was the dubbed version’s main issue I noticed. Still, it made everything worse. 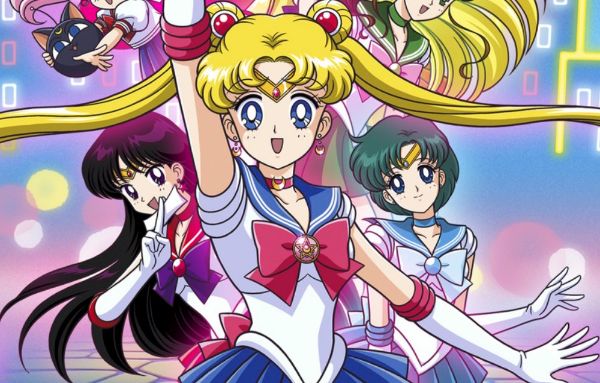 Sailor Moon is an absolute classic. It’s so big as a franchise that even non-fans know of it.

The anime inspired girls and gave them something to relate to in the 1990’s which was dominated by Shonen.

While the opening song is memorable and catchy in the English translation, the dub itself doesn’t compare.

It’s average or worse at best. But the nostalgia might be enough to overlook it for some.

Sailor Jupiter probably had the best voice. She’s a character I related to the most.

Relevant: 11 Of My Favorite Anime Characters Who Relate To My Personality 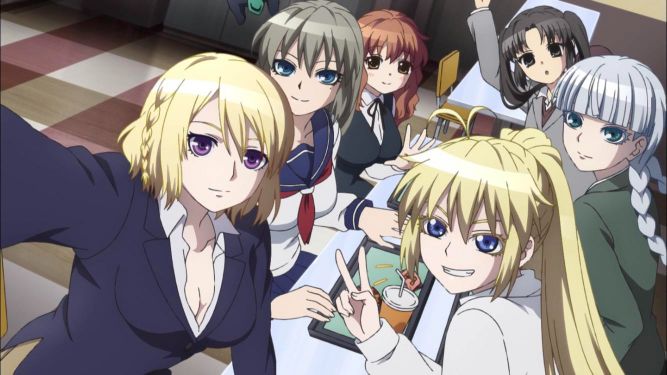 Magical Girl: Spec Ops Asuka is an anime series I looked forward to before release.

I had high hopes for it.

I’ve been wanting to see a “magical girl” series kill it and bring something new to the business the way did.

But the anime didn’t live up to expectations. And that’s even for the subbed version.

When you switch over to the dubbed version that released almost alongside the original, it gets bad. 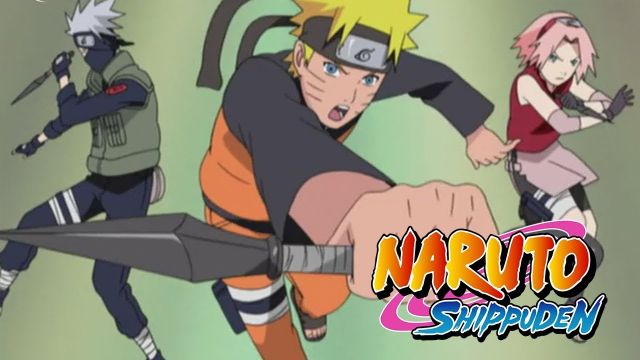 has a cult following in the anime community. Not everyone may love it, but those who do cherish it and put it on a pedestal.

Once you get past episode 10-20 the anime starts to pick up.

The voices aren’t bad for any of the characters in the subbed version. Not really.

But the dubbed version? You’ll regret ever trying to watch it dubbed, especially if you’ve heard the original.

I said it before and I’ll say it again: not every anime can have stellar voice acting like DBZ.

is proof because it’s painful. 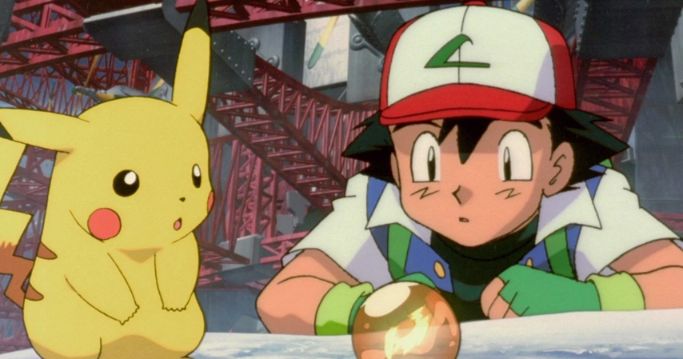 Pokemon is an anime I grew up on. And watched a bit of. And that was of course in the dubbed version.

I didn’t think nothing of it at the time, but when I listen to it now, it’s pretty bad (or “makka” in UK slang).

It was even worse with the 4KIDS version in comparison. No surprise. They ruined the dialogue.

As bad as the Pokemon dub is in general in some ways, it’s not the worst on this list to be fair.

Are there more anime with BAD English dubs?