Most  shows that aren’t in a fictional universe tend to be set in Japan.

If it’s in a fantasy setting though, it’s likely the UK or Europe.

There are even more in other genres set in different parts of the world outside Japan. 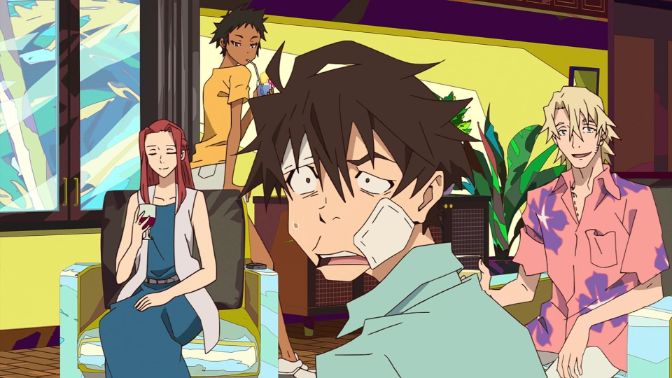 This is an anime series that dropped a few years back. It’s underrated and doesn’t get enough praise overall.

Eventually without him knowing about it, his family sets him up to help him escape Japan, headed straight to California.

This is where his new life begins as a professional swindler.

California is portrayed quite accurately as many fans point out, and the theme is filled with crime, deception, and brilliance in a league of its own.

Solid series, and plenty of traveling aspects with tons of different locations that keeps things fresh. 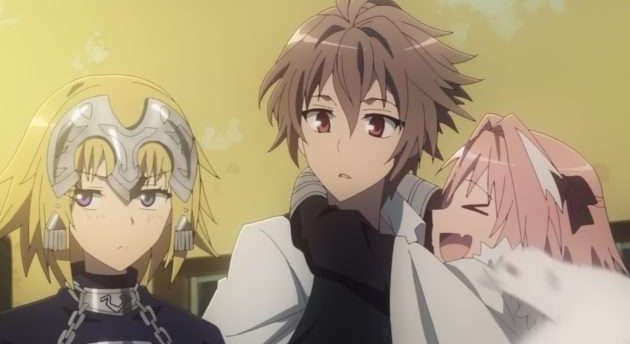 Fate Apocrypha is the third season to the original Fate Zero and Fate Stay Night series. You can think of it as a 3rd season anyway.

The story takes place in Romania where the Holy Grail has been moved to.

The Holy Grail is a magic item that grants the wish of anyone who basically wins the war between masters and servants.

With the being based in Romania, and the amount of moving about the characters do, there’s plenty chances to see a lot of scenery.

The action plays into that and it’s a decent FATE series when all is said and done. 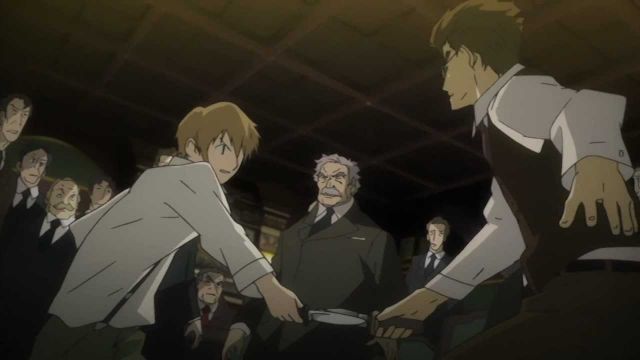 Baccano is a weird one. Many will understand this when you’ve watched enough to notice.

The story is based Manhattan, New York. The time period portrays it in the 1930’s version of Manhattan.

Chicago is also another part of Baccano that has relevance.

In a lot of ways it’s a lot like Bungou Stray Dogs.

And even alchemists running around the city. The dress styles and fashion in this series is a bit different.

The story may confuse you at first, but it all ties in later on. 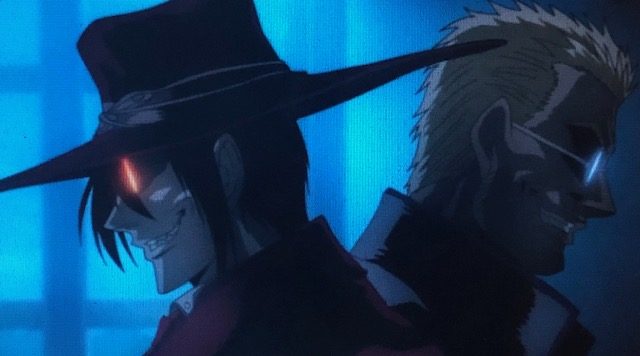 You can think of this like the vampire version of Black Lagoon. It came well before Black Lagoon’s release though.

They’re from the same studio Madhouse. The is based in the UK!

You have the gun-wielding main character popping heads left right and center with his twin pistols. And a fuck load of action packed scenes.

His female partner joins in on the action after being changed from human to vampire as a way to survive.

Hellsing Ultimate is the best version to watch since it’s the “truest” adaptation of the . 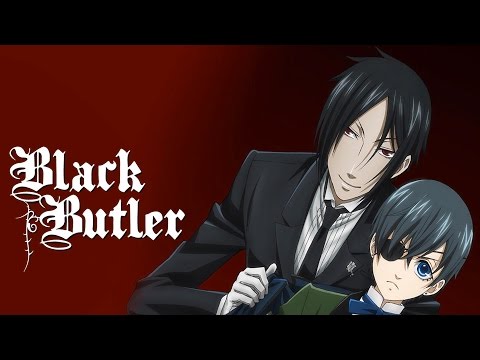 Ciel Phantomhive is this ‘s main character, along with Sebastian Michaelis serving as a secondary.

Sebastian is Ciel’s butler who loves to say “I’m simply one HELL of a butler”.

Ciel has a contract with Sebastian who is actually a demon in disguise. He uses Sebastian to serve the Queen of England, doing her dirty work in the shadows of society (murder and so on).

Most of this ‘s fanbase tends to be women, but it’s catered to everyone really. It depends on your tastes.

Similar: 10 Of The Best Anime Boys And Girls Who Love To Drink Tea 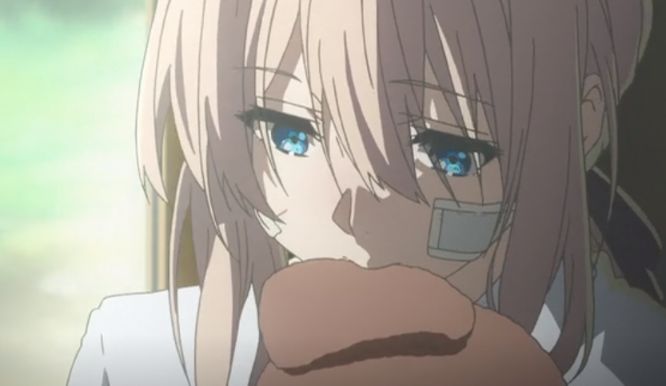 A girl named violet, an orphan who use brainwashed and used for war is now on a personal journey to heal her emotional wounds. And to find out the meaning of “I love you”.

Along the way she inspires and helps others through their pain and struggles, all through the power of writing.

While the isn’t based in a factual European country, its influence is blatantly inspired by Europe.

From the clothes to the style, the characters, the décor, architecture and everything in between. 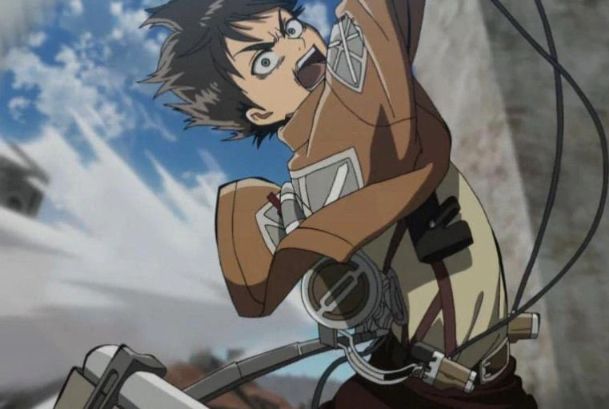 Attack On Titan doesn’t need an introduction. It’s one of the most popular in the world and will go down in history as a classic.

The , just like Violet Evergarden, is based in a place with a fictional name. That name is Paradis Island.

But in reality it mirrors a real world location down to a T.

That place is Madagascar, East Africa. Meaning Attack On Titan it’s set in the African continent.

It’s interesting because a lot of the characters are European in a lot of cases. Or European influenced.

That’s even true for Mikasa Ackerman. 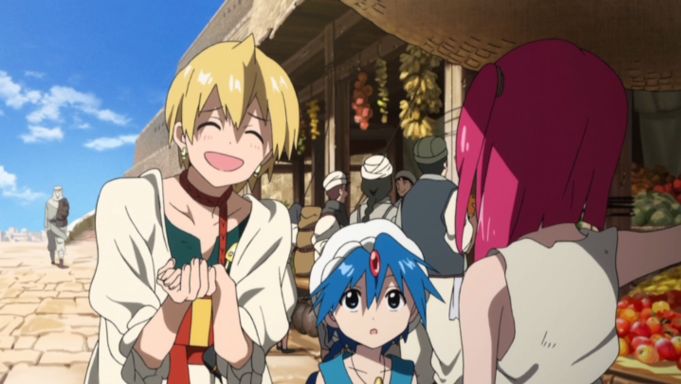 This is based on 3 characters:

The names are familiar to anyone who watched the Cartoon Aladdin. Even Aladdin in this has a flying carpet.

Magi has a lot of influences that are unrelated to Japan. First off the is based in Israel (Middle East).

In the the country is called Magnostadt.

This influence isn’t too surprising given the outfits, , style and even scenery in the Magi series.

It goes even further than that.

Morgiana, one of the main characters has African influence. Her race called the “Fanalis” from the dark continent is a mirror of the negative term used for Africa in the past. 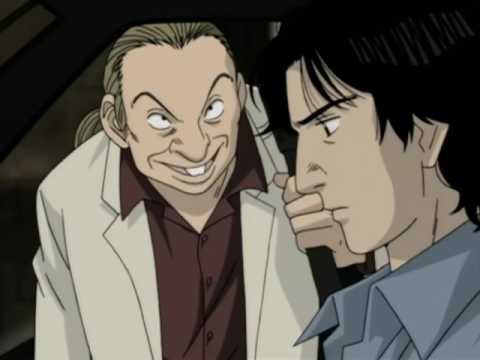 Monster is about Doctor Tenma and how he saves a kids life, only for that kid to turn into a serial killer 10 years later.

Tenma goes on the hunt for Johan as he feels personally responsible for it.

Another Madhouse classic, Monster is based in Central Europe. But two specific countries show up time and time again.

The ‘s locations are diverse because the main characters are always on the move and traveling.

The word “Monster” is a perfect description of the violence, horrors, and savagery of what goes down in this series. 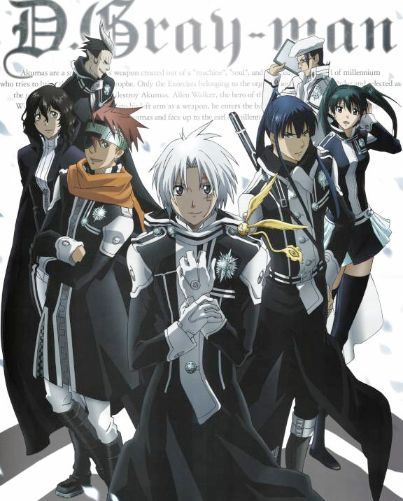 Exorcists are a big part of the main theme as they exorcise demons called Akuma, after they’ve possessed humans.

Allen Walker, a British main character is from London, which is where the is predominantly based.

The exorcist organization “the black order” has offices all over the world, so you see the main characters traveling to different countries on a regular basis.

The benefit of this is the characters are also diverse with different backgrounds and designs.

Similar: 15+ Of The Best British Anime Characters You Need To Know! 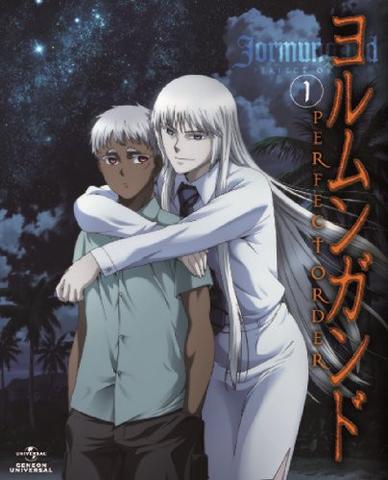 Jormungand is one of the most diverse with its locations, characters, scenery and views. Nothing stays the same for too long.

The main location is South Africa. But this changes to Europe, Middle East and an endless list of continents or countries.

Jormungand is about the business of arms dealing, and the dark underworld that connects to it.

Koko Hekmatyar is the chipper millionaire MC who travels the world arms dealing with bodyguards and killers every step of the way.

The life lessons run deep, and the realism is unlike any within the same genre.

Another Madhouse classic, Black Lagoon also has a diverse set of characters, backgrounds, locations and scenery.

It’s a violent series so a lot of bloody scenes come with it.

Revy Rebecca, one of the 4 main characters is Chinese American. But the MAIN location of this is in Thailand near Cambodia.

The uses a fictional name called Roanapur instead.

Dutch, the boss of the organization (the lagoon company) is African American. And many of the main and supporting cast are cut from many different cloths. 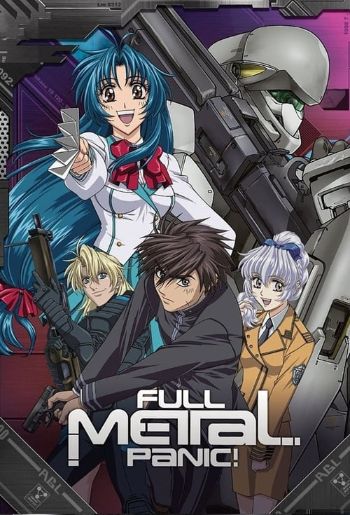 Full Metal Panic is about an Independent anti-terrorist organization called Mythril. Sousuke Sagara is one of the main characters and an important figure from the organization.

Growing up a child soldier he knows more about murder, killing tactics, and survival than the average late-teen his age.

This is why he has no social skills since he was never part of a normal society or life. He’s socially retarded.

His main job is to protect Kaname Chidori in Japan, but as part of his organization he travels around the world to different spots.

The Best Black Anime Shows With Black Protagonists And Culture!

12 Of The Greatest Anime About Japanese Culture