Back in late 2016, a couple of months after  Motivation started, I did my own predictions for 2017.

9 Big Predictions For The Anime Industry In 2017

Fast forward to today with 2019 only 2 months away, I decided to run a poll on Reddit. Asking fans what their predictions are for the coming year.

36 people have responded in the last 16 hours.

Let’s talk about their predictions, then I’ll add some of my own afterwards.

Isekai is where the main character is transported to another world. I’m sure you know by now.

“Get ready for Reverse – a regular villager in a fantasy world dies and gets reincarnated as the playboy son of a rich bigshot CEO in modern Japan.”

And here’s what another Reddit user said in response:

“Fuck. I actually want that.. Sounds like it’d be hilarious. A hardworking and impoverished villager comedically exploring all the privileges of our society and the things we take for advantage, and slowly getting used to all of it. …And then maybe there’d also be a gag about Japan’s insane work ethic and practices being equal to that of a slave back in his world.”

I can see a lot of creativity with this idea. I LOVE New Game. It’s one of the most refreshing slice of life shows in recent years.

2019 would be a good time to release a 3rd season, and I wouldn’t mind this happening.

This is another prediction for 2019. And I love it.

I don’t personally see it happening, but it has enough material as it stands to produce a season 2.

4. Expect to see more and adaptations

You can tell a lot of people agree that  is a trend that won’t stop anytime soon.

5. HiDive/Sentai Filmworks will be bought by Disney

I LOVE this prediction (because I love business).

Here’s what DeTroyes1 has to say about this prediction:

“Disney is at present the only major player in the /original content market that does not have its own licensing division. At present, the only titles they run on their service (Hulu) are licensed from other providers (mostly ).

However, none of these titles are exclusive to Hulu; every title they have is currently available legally somewhere else.

Since they are planning to challenge Netflix in the arena, finding exclusive content will be important.

At the moment HiDive/Sentai Filmworks is the only major provider/license holder that is more or less independent; purchasing it directly would alleviate the need to possibly start their own division from scratch, and would bring with it a large amount of content it can make exclusive to its services.”

It’s a logical prediction and it’s clear he knows what he’s talking about.

Many companies don’t believe in after all.

6. Criticism of “” by Social Justice Zealots Will Escalate

If you remember in 2017, a journalist from the BBC claimed “ promotes pedophilia” and all kinds of outrageous statements.

These are the social justice zealots this Reddit user is talking about.

Here’s what they have to say:

“We’re already seeing this happen, and it’s getting worse. Whether it’s feminists angry about depictions of women, religious people objecting to “glorifying” the occult, or complaints about excessive violence and/or perceived fascism, is unfortunately an over-ripe target for would-be nannies to get hysterical about.

All it would take is one prominent media darling to go over-the-top ranting, and the mobs will be pounding on ‘s door.

Don’t think it can happen? Ask old-time table-top gamers what the early 1980s were like for D & D players. Sooner or later, the iconoclasts will come for and ; prepare for it.”

It’s a good argument and it’s something I’ve talked about it before.

But if you ask me – this is the reason WILL continue to grow and become more in the entertainment business. “Reading between the lines, I suspect this is the project Sunrise and Legendary are working on.

Next year is the 40th anniversary of the original MSG, and Sunrise has been strangely quiet about how they plan to honor that series.

Making an announcement that a big-budget live-action MSG reboot was coming would pretty much blow anything else they could announce right out of the water.”

9. Shield Hero will have a major hit in the top 100 of MAL, with a follow-up season Considering how popular Danmachi is, it just might pull it off. If its good enough. It’s already reached 8 seasons and still going strong. So this is likely, though maybe not in 2019. 13. “Promised Neverland” could bring a level of hype comparable to and Attack On Titan A lot of fans seem to believe this has potential! Let’s see. K-On is a legend in the slice of life genre. So this would work out well with Kyoto Animation behind it.

16. “Promare” is gonna be big, and by big I mean on the level of or Gurren Lagann 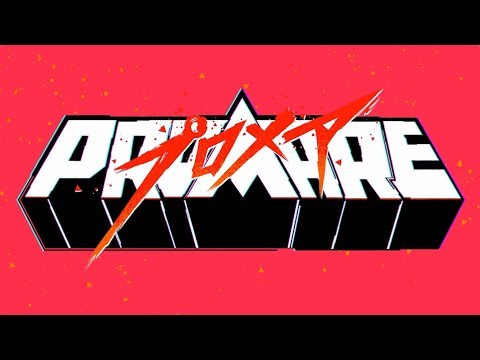 “A big virtual YouTuber ensemble CGDCT that either kills the concept or explodes into something terrifying and smug.

A big upsurge in over 2nd and 3rd seasons, with new films for things like Oregairu and Haruhi being announced.”

18. There will be a worldwide recession and then a crash in the industry

I’ve said a couple of times that the industries bubble hasn’t burst yet. Though I personally don’t see it happening as early as 2019.

It WILL happen though.

19. More shows will completely implode on themselves like Marchen Madchen and My Sister is a sad example of an that destroyed itself in 2018.

I was the biggest fan of that series, and it all went to hell. So I understand this prediction.

I can see the meaning behind this prediction. But I don’t underestimate the Chinese.

I’m sure they’ll figure it out eventually.

What are your predictions for 2019?

If you have any predictions of your own for the industry, leave it in the comments.

Recommended: Why The Anime Industry Is Still In Its “Startup” Phase, And How It Got Here