Anime piracy and the . It seems like there’s problems on both ends of the stick, and none of them are perfect solutions by any stretch of the imagination.

I mean just look at the headline of this post for irony. It’s entirely true as well, if not funny when thought about seriously.

AnimeKisaTV, an anime pirate site that started in 2018 voluntarily shutdown its services without outside pressure, seemingly.

20+ million visitors blocked ads too much 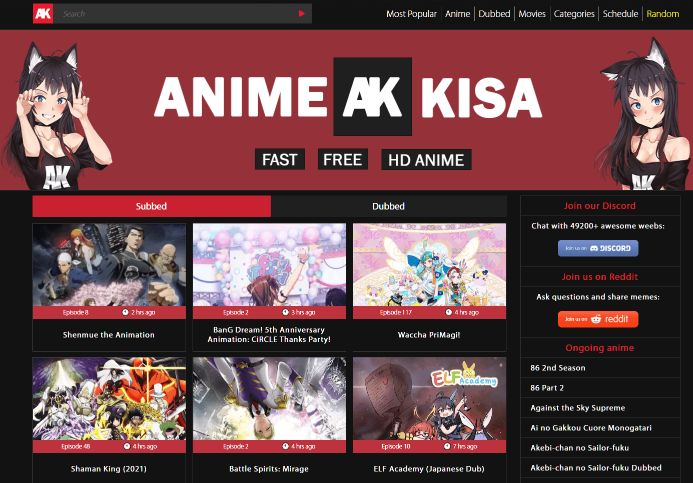 One thing that’s common with anime pirate sites is the sickening amount of ADS slapped all over the place. It’s to the point of abuse.

That’s not the least of it. There’s also ADS that are straight up malicious to the point of being able to f*ck up your computer (viruses, etc).

Because of these reasons many people who use pirate sites in the anime community tend to BLOCK ads, but it’s usually not to a deadly degree.

I’d say half at most use ad blockers on pirate sites.

AnimeKisaTV is one of many who broke under the pressure of ad blocking, forcing them to switch their revenue model by trying something different and more laid back.

The introduction of donations “According to an AnimeKisa announcement this week, it removed most ads about 18 months ago. Traffic estimates from SimilarWeb show a site in good health, with between 18 to 21 million visits per month in 2022 and a popular sub-Reddit and Discord channel for discussion. None of that could force people to donate, however.”

That means ADS were removed about 2 years after they started (2020), or in other words – during the pandemic and global lockdown. If not just before.

It’s a noble goal to have. If you have 20+ million visitors coming to your site you at least expect 100 or 1000 of those visitors to regularly donate to the cause and fund your services.

This is just a pirate site though, which in itself isn’t noble. It’s not a brand, an individual person can get invested in, or anything of the sort that would cause people to willingly donate….

Pirate sites are conveniences for those who can’t watch their anime legally without restraint, and so there’s no loyalty from visitors of pirate sites.

AnimeKisaTV learnt this the hard way when realizing how few were donating and how many visitors just didn’t give a shit. “If you’ve been here since a few months ago, you probably remember us running a donation campaign. Ever since we removed ads a year and half ago (excluding third-party ones that are impossible to remove), AK’s wallet dried up, thanks to your donations we were able to extend AKs life for a few months.

It has been 3 long years, it was great while it lasted, but AnimeKisa is never coming back online.”

And there you have it. That’s the fate of AnimeKisaTV, straight from the horse’s mouth!

The death of this pirate site won’t really be noticed much, but in the grand scheme of things it shows you how messed up the anime industry is overall, and how incompetent the service is as well. Anime Gifts for Someone Special Start Shopping
We earn a commission from Amazon & other affiliates if you make a purchase at no additional cost to you.