World’s End Harem (Shuumatsu no harem) is an series adapted from a . The first released back in May 2016!

The is about a world where 99% of the male population has been wiped out. With only one man remaining.

He’s on a journey to impregnate women to grow the population and save mankind. It’s controversial by nature.

With its obvious harem elements and Ecchi, here are some with similarities.

1. The World God Only Knows 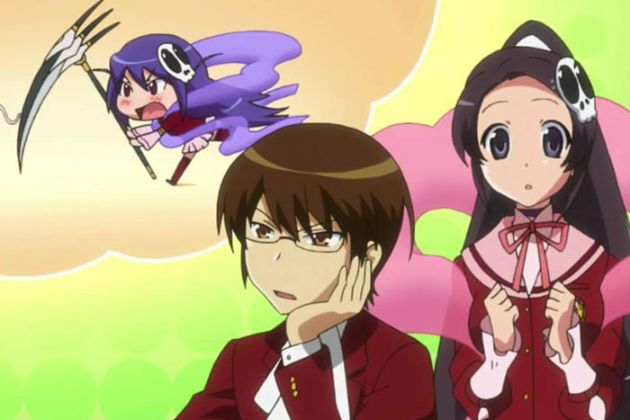 The World God Only Knows is an about Keima, an introverted MC who loves playing dating sims.

He’s only into 2d girls and pays no interest to real girls in school or life. But after getting himself caught up in something, life changes a little.

He has to “kiss” girls to save them. And that’s where the harem begins.

Not as dramatic as World’s End Harem, but the concepts are similar.  Especially from a romance, Ecchi point of view. 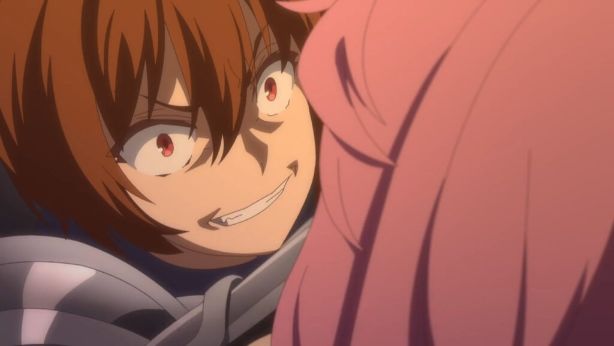 It has to be said, Redo Of Healer shares similarities with World’s End Harem. But just in a different style.

Redo Of Healer is an about revenge, and the unimaginable trauma the MC is put through. Hence his thirst for vengeance.

Along the way though, he builds a harem of sorts. And “sex” scenes are common in the during Keyaru’s journey.

It’s this element that shares similarities with World’s End Harem the most.

Both are also Ecchi and controversial as F.

Related: Anime Controversies In 2021 That Will Break The Internet

3. In Another World With My Smartphone 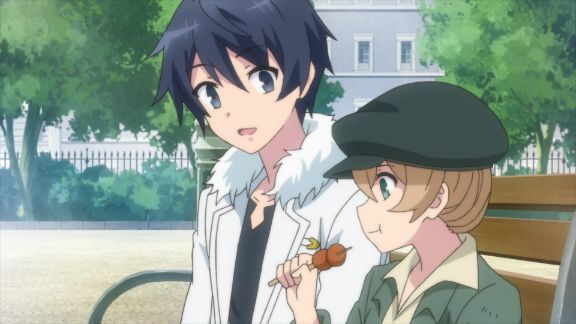 In Another World With My Smartphone is about Mochizuki Touya, a guy who’s reincarnated in another world.

He’s accidentally killed by God’s lightning, and so to show forgiveness, God grants him powers and a special smartphone to navigate the new world.

The aspect of the main character having “God’s” phone number is hilarious.

In this harem, Touya’s story plays out in ways similar to World’s End  Harem. But in an setting and supernatural abilities, fan service, etc.

4. How Not To Summon A Demon Lord 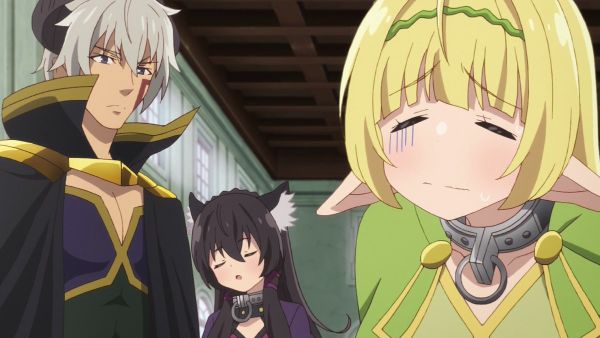 How Not To Summon A Demon Lord is about Diablo, or I should say an Otaku who’s becomes Diablo. A character in his favorite video game.

Being the demon lord Diablo makes him attractive in this new world, and the harem naturally follows.

When it comes to Ecchi and fan service, this doesn’t shy away from going to extremes. Or showing skin and other things you can picture in your mind.

I’m genuinely surprised the wasn’t as awful as I expected it to be when I watched it. 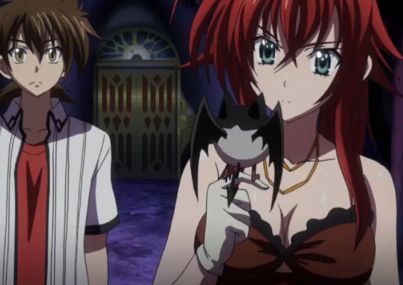 High School DxD has a main character who gets lucky and becomes the center of attention. A typical harem cliché.

Demon girls who are hotties become part of his life, or I should say he becomes part of theirs. And the isn’t shy about showing skin.

Or in other cases, taking it further.

There’s no impregnating going on here, but the crux of the has similarities. And it’s considered a king in the harem genre. 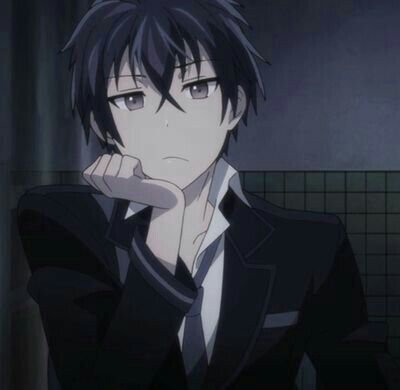 Black Bullet has a similar setting of doom and gloom. It’s just not in a harem cliché style of setting.

Tokyo has a monster known as a Gastrea, and the Gastrea virus kills. It’s on a epidemic level.

Rentaro Satomi and his “initiator” are trying to destroy this threat to save the human race. Along with many other groups, soldiers, and so on.

If you wanna transition from something similar on the surface, but not under it, Black Bullet works.

There are low key innuendo’s that can be annoying, but still similar to the nature of a harem. 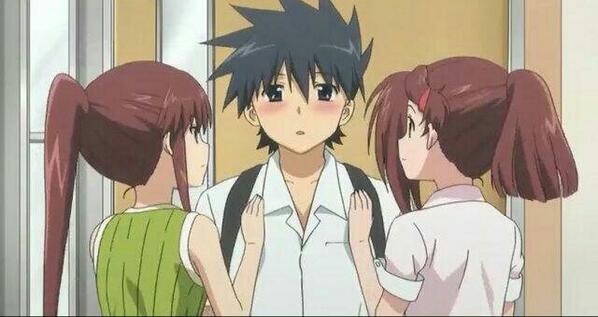 KissxSis has implied Incest and the brother/sister have no problem “going” there if you know what I mean.

It’s not similar to World’s End Harem for surface level reasons, but for the grimy, lewd content both have.

Not to mention the harem aspect that surrounds it all. It’s an easy transition. 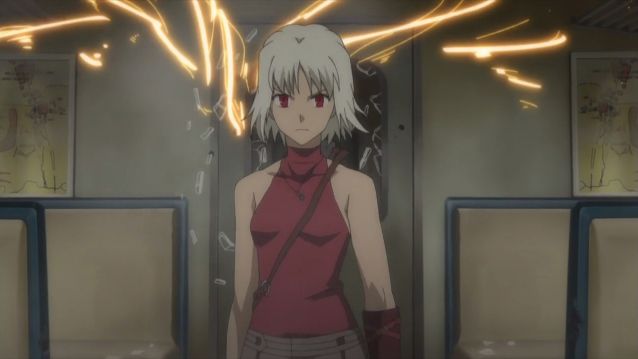 Canaan is a bit all the way to the left for comparisons, but the core of it is relevant.

In this there’s an epidemic going on. A killer virus. The main characters goal is to put a stop to it.

It’s a drastically different series for not having Ecchi or harem in it. But it’s still a good transitioning .

You get tons of action in this one, and some genuinely good music to go with it. 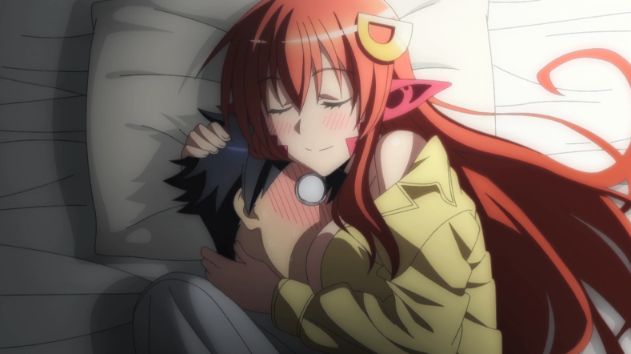 Monster Musume is another known harem like High School DxD. It doesn’t shy away from going all out with Ecchi and fan service.

The main character has fetishes and has a “snake” girlfriend.

As is the case with these , the harem indirectly builds and becomes a thing.

It’s lewd as F and that’s why I mention it here. It’s one of the best similar you can find like World’s End Harem.

Related: 14+ Of The Best Ecchi Anime That Are Worth Considering 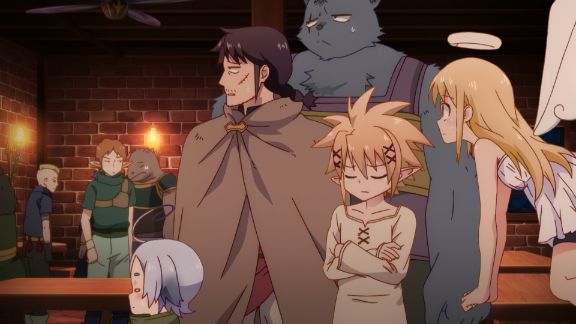 Ishuzoku Reviewers is another close when comparing to World’s End Harem. More so for its controversial nature.

In this , the main characters visit brothels and sleep with monster girls from all kinds of races.

Demon girls, elves, slimes, the whole lot. And then they leave “reviews” of each brothel they visit.

It’s a fetish type of , and everything about it is controversial. Which is why there was outrage during its release in 2020.

What other or is similar?