The Devil Is A Part Timer was a classic series released in the early 2010’s. It flips on its head and it did it long before modern these days.

Satan and his minions are forced out of their realm because Amelia, a angel would have killed them otherwise. And so they end up on earth and are now forced to live like regular Japanese people.

Their powers are weakened as well, and the takes a more comedic approach to an otherwise serious plot and situation.

Here’s a list of like The Devil Is A Part Timer, since the 2nd season is now airing this Summer (2022).

1. The Great Jahy Will Not Be Defeated! 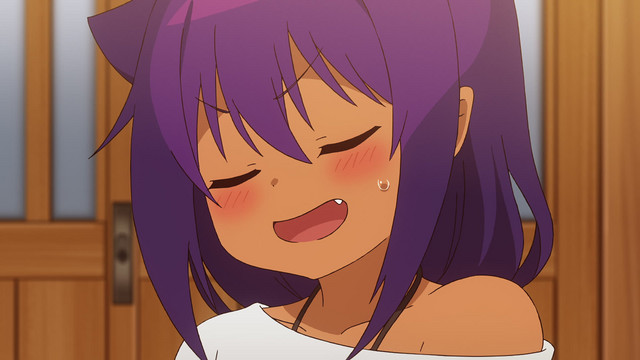 Jahy Sama is the most similar to The Devil Is A Part Timer. It’s basically the female version with slight differences to the story, enough to differentiate.

The demon Jahy is 2nd in command, and she’s enough to make all her subordinates shiver in fear. But then a magical girl comes along and destroys their world, forcing Jahy to earth.

She loses most of her powers and is reduced to a child like form, and is now poor, forced to work to make money with hopes of finding the Mana Crystals so she can restore her world back to normal.

Jahy and Sadao Maou actually live in similar looking places, and the comedy between both is on point.

Both shows also have a human character who becomes a sort of “peacemaker” between rivalry or enemies.

Relevant: 7+ Anime Shows Like The Great Jahy Sama Will Not Be Defeated!

Blue Exorcist is an that still needs another season and has been abandoned for years it seems. Rin Okumura is the main character and he’s the son of Satan.

Growing up he was seen as a threat to others and dealt with a lot of bullying and fought to defend himself. But the reason is because of his demon aura which he himself never knew he was part demon.

Just like in the  The Devil Is A Part Timer, both main characters are more comical than they are threatening (in the present story at least).

Blue Exorcist is like a mixture of (but for demons and no fanservice), and like The Devil Is A Part Timer for its comedy features.

Outbreak Company is an you won’t hear about too often, but it is a creative Isekai series that does things differently just like The Devil Is A Part Timer.

The main character in this case goes from Japan to another world, but the setting is different. In this world they LOVE Otaku culture, and they want the MC to export that culture into the new world.

Elf girls, maids, you get the usual suspects here as far as cliches and harems. But the similarities between the two are there.

The plot of a main character being from elsewhere, but then living with human beings and interacting with them is a common concept. Squid Girl is another version of that.

This classic but not so known comedy/slice of life is about a girl from the sea who’s a squid. She has the powers of a squid as well (like spitting squid ink or using tentacles).

After coming to the shore and damaging the property of the business Lemon Beach House, she’s forced to work and pay off the debt as a consequence. And the ‘s comedy starts from there.

It’s also a wholesome series with a seaside town setting.

Blend S is an about Maika Chan, a new employee who works in a cafe where they cater to their customers wishes. Like playing the role of a Tsundere while serving for example.

The work aspect is similar to the many episodes you see in The Devil Is A Part Timer, but Blend S is based around this and has no supernatural elements to it.

Blend S plays heavily on cliches but turns it into an art and you can’t help but laugh at the ridiculousness of it all. It’s funny as F.

Noragami is an where Gods can even be poor, and there’s a clear Hierarchy between the Gods of this world. Yato, an example of a God in this is homeless and has little money or influence to his name.

He pairs up wit Hiyori, a human girl who after an accident has no choice but to roll with Yato. And their inner circle starts to grow as Yato and Hiyori meet more spirits and important people.

The relationships and interactions between the main characters is probably what’s most similar to The Devil Is A Part Timer. There’s a few crossovers.

Miss Kobayashi’s Dragon Maid is a slice of life/comedy series with close comparisons to The Devil Is A Part Timer. It’s all about dragons who take the form of humans.

Tohru being the main dragon and an obvious lesbian, she’s into Kobayashi, the woman she got drunk with when they first met. And how she’s her maid, willingly, and they become family.

One stand out feature of Miss Kobayashi’s Dragon Maid is the quality of each fight and action scene. There’s no comparison. The details, aesthetics, and effort put into it even makes Shonen look average.

The mostly focuses on the slice of life and more comedic or wholesome vibes though.

Maou Yuusha is an title that means two different things. Maou = demon lord, which is the female character in this series. Yuusha = hero, who is the male character of the show.

This is also both of their names and they get into an unlikely relationship with each other, while doing everything they can to bring people together, educate society, make people self sufficient, and other business related activities.

As far as what the does it’s massively underrated and the romance is a major highlight as well.

Just like in The Devil Is A Part Timer, you have Koro Sensei, a character who is nothing like all the rest. He isn’t human or like other humans in general.

He’s also the so called threat who will blow up the moon and threaten the world in 90 days if he isn’t stopped. But the plot is more comical, comedic, and action packed than it is serious or upsetting (not until later).

Luckily the writers didn’t make the characters spend all their time in school, they also get out a lot so you see plenty of scenarios and backgrounds throughout the series.