Shikimori’s Not just A Cutie was bound to be a good the moment the adaptation was announced in 2021. The name speaks for itself.

Izumi’s girlfriend Shikimori isn’t just , but she’s also cool as well. And she’s protective of her boyfriend. They even know each others mothers and fathers, that’s how close their relationship is.

This element makes the a true romance without the fluff and focuses on the development of their wholesome relationship. 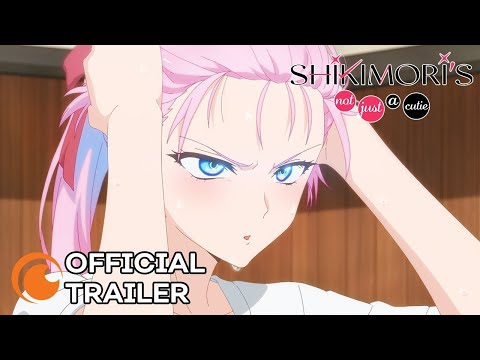 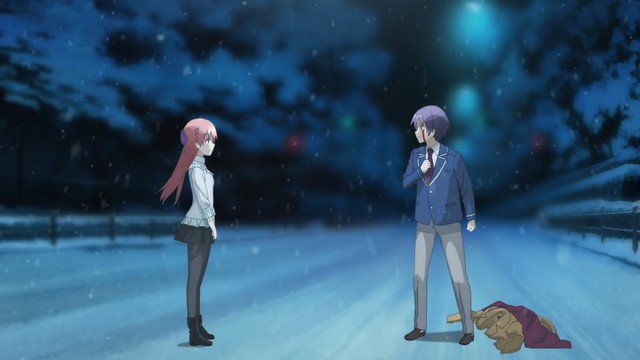 Tonikaku is an series all about romance and is one of the sweetest when it comes to . Both characters start off in a relationship from the very first episode.

This takes it further and both characters get engaged with the intent to get married!

Tsukasa Tsukiyomi is a red haired girl who saves Nasa Yuzaki when TRUCK KUN attempts to take his life away. Similar to Shikimori protecting Izumi in episode 1.

This sets the stage for the engagement, both characters moving in together, and their wholesome relationship evolving from that point forward in a slice of life format.

Few romance anime can compete with the genuine feelings behind this series. 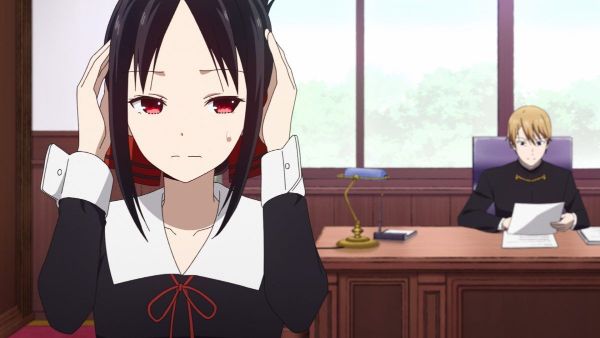 Kaguya Sama is a unique romance just like Shikimori’s Not Just A Cutie.

In this there are 2 protagonists who fancy each other in the student council. Those characters are Kaguya and Shirogane.

Both are too stubborn to share their feelings outright because they don’t wanna be the first to admit it, so they both try to outdo each other by encouraging the other to confess their feelings. Directly or indirectly.

It’s basically a petty romance but how it’s done is a work of art. It’s because of this approach that it can be appreciated despite the romance not being the strongest point.

3. Banished From The Hero’s Party 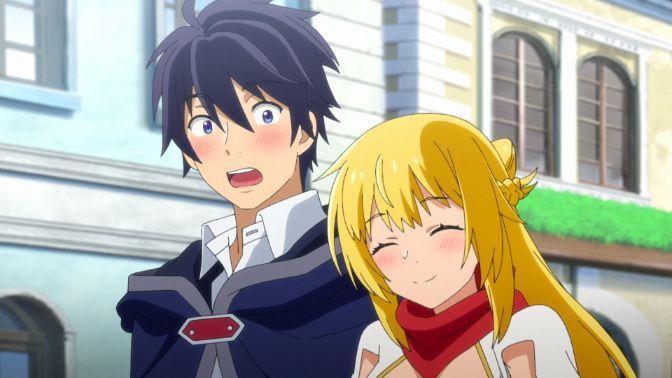 Banished From The Hero’s Party focuses on Rit, a blonde princess, and red, an ex-adventurer who worked with his sister and a set of comrades.

After one of his party members makes an excuse to get rid of him, Red decides to live a quiet life in the countryside. And Rit, a girl he hasn’t seen for a while decides to join him.

Since they already know each other their relationship progresses fast but not too fast, and they work together selling potions and products to a range of customers at their business.

There is some action and violence in this , too, but the romance is a major part of why this is wholesome and chilled.

Relevant: 26 Of The Most Popular Anime Couples Of All Time 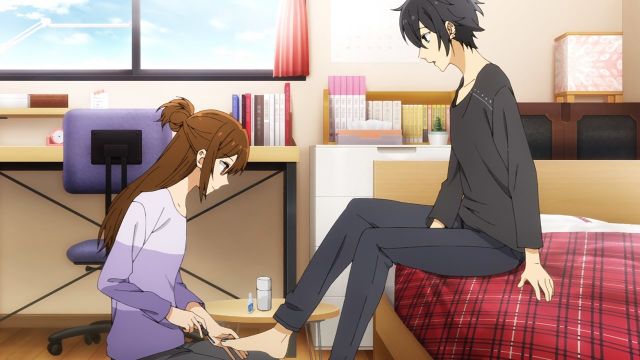 Horimiya is all in the name. Hori is the female MC of the , and Miyamura is the male character of the series. Form the outside looking in, Miyamura seems too introverted, reserved, and weird to approach.

One day when Hori is out Miyamura helps one of her siblings, and he then meets Hori. He changes his hairstyle so she doesn’t notice straight away.

From there they start to see each other more and become friends, which then leads to their romance and relationship. It was a big highlight in sprin 2021.

It’s genuine romance so fans of Shikimori will appreciate it.

5. My Bride Is A Mermaid My Bride Is A Mermaid shares a lot of qualities with Shikimori’s Not Just A Cutie. It’s an old school by today’s standards from the early 2000’s.

Nagasumi Michishio is at the beach one day, and he goes off into the ocean. Next thing he’s almost drowning and a mermaid saves his ass.

He wakes up in Sun Seto’s “lair” where her family live, many of who are gangsters and Yakuza. The mermaid law says the human a mermaid comes across has to die.

The alternative is to marry that person.

This is how Nagasumi and Sun Seto get engaged and pursue a relationship together, but not without her jealous father trying to kill Nagasumi and bury him 6 feet under. 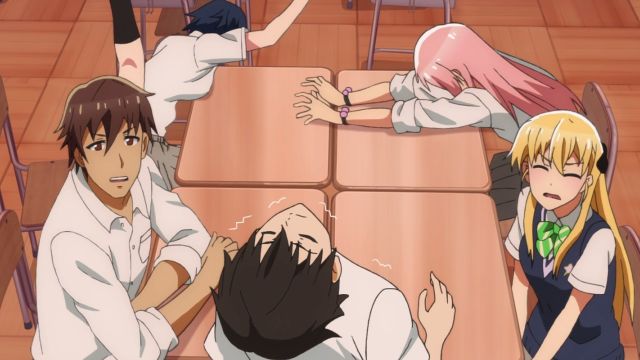 Gamers is a wacky series with some over the top humor, comedy, and romantic misunderstandings. Almost all the characters are gamers, girls included.

Karen Tendou is a blondie and one of the hotties at school. She’s fairly smart, kind, feminine, and helpful. She even has her own daily schedule and generally has good life habits.

She’s also a gamer though, and the male MC Keita Amano see’s her in a gaming shop, and their eventual romance starts to fall into place.

If you want something Otaku focused this will satisfy. And the comedy is a strong highlight. 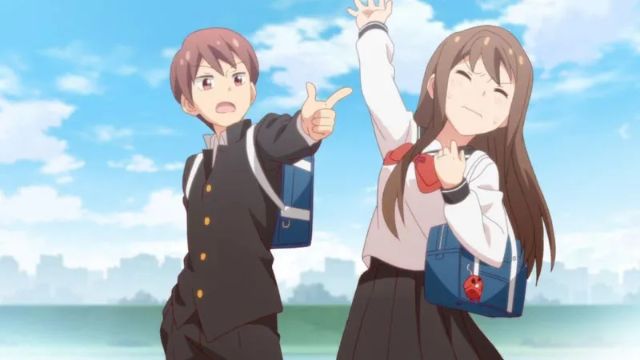 Tsurezure Children is romance on steroids. There’s not just ONE couple in this , there’s a bunch of characters who are all simultaneously getting into and starting relationships.

Each character is different and so their romantic journey is different as well. And the uses comedy to break the ice and make what would be wholesome appear to be more funny than it is.

It’s the kind of romance that you either love or you hate.

8. Engaged To The Unidentified 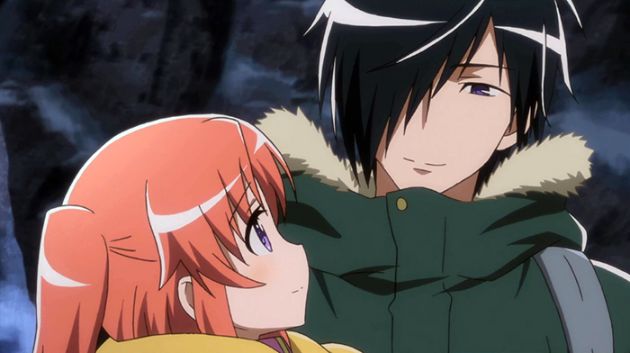 Engaged To The Unidentified has to be one of the strangest titles there is. But it all makes sense once the plot twist is revealed.

Kobeni is a 16 year old girl with an older sister called Benio who’s a bit of a lunatic and has a sister complex. She’s over the top but funny.

Without warning, Kobeni’s mother announces that a boy and a girl are coming over to stay, and the boy called Hakuya is someone she’d like Kobeni to marry or at least get engaged to.

Understandably Kobeni isn’t too happy, but she slowly starts to warm to Hakuya (and vice versa), and their relationship starts to shine.

If there’s any that needs a 2nd season, this would be it. 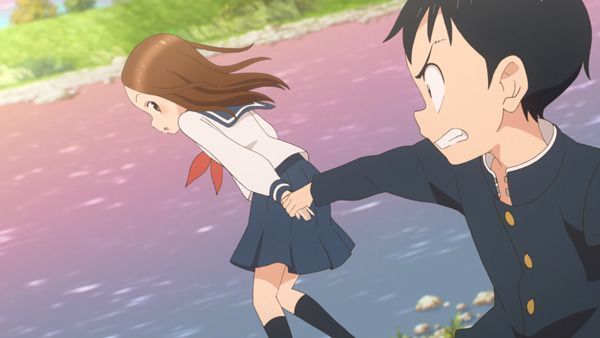 Skilled Teaser Takagi is the more type of wholesome as far as romance and slice of life ‘s go. The characters are younger.

Takagi in particular likes to tease the guy she likes, similar to Nagatoro but definitely not to that extent (it’s teasing, not bullying). And she gets a kick out of his reactions.

This is the basis of the , but it’s now 3 seasons in and things have developed a lot within that time. 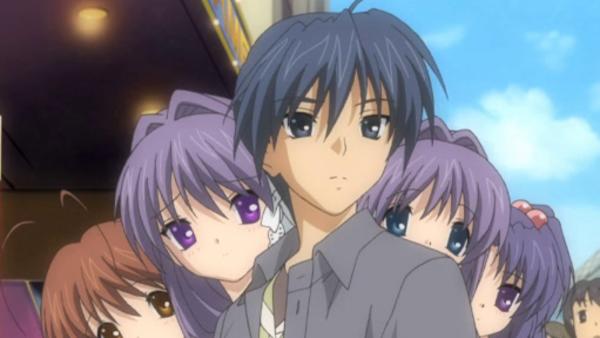 And we’ll end this with Clannad.

It’s an made in the 2000’s by Kyoto Animation and is considered one of the most emotional romance there is. Not to mention a classic slice of life.

Tomoyo Okazaki warms to a girl called Nagisa Furukawa, and vice versa. They both go to the same school, and by the 2nd season their relationship develops beyond your average romance series.

Clannad is the original “Violet Evergarden” for the depth and tragic events that take place, so be prepared if you’re gonna get into this . 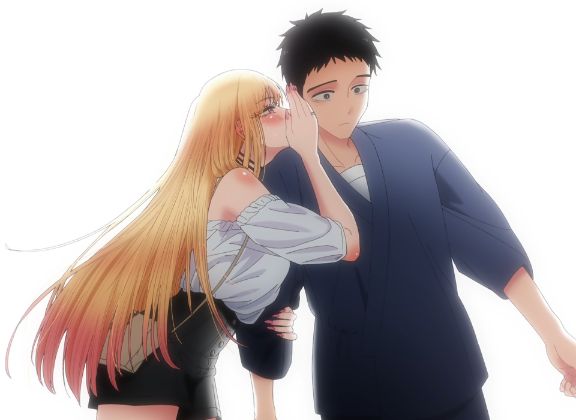 My Dress Up Darling takes romance to a new level of wholesome in the slice of life genre. Marin Kitagawa is a girl who’s an Otaku, and she’s not afraid to show it.

She loves to cosplay in particular. After meeting Gojo, a guy who makes dolls and is in the business of doing so, he starts to extend his skills to making cosplays for Marin.

Both characters win because they’re both exercising their passions, and this is the connection that draws them closer together.

Few people can deny how relaxed and laid back of a show this is, and the positive affect it has on you while watching it.