Quintessential Quintuplets is a harem/romance series with your usual comedy and misunderstandings. But the ends up being more than just that.

It’s a harem with class, style, and some great character development and chemistry between the characters without relying too heavily on cliches. 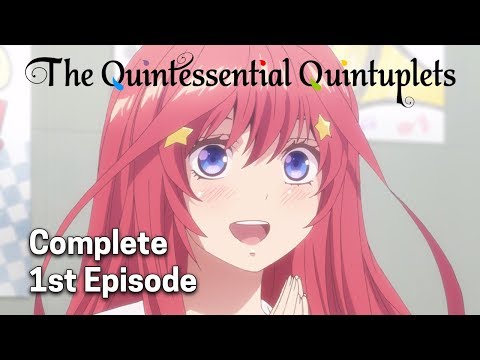 With 2 seasons and a movie releasing today, there’s plenty of content for newcomers to get into and give a try.

Before that though let’s get into a list of that can be compared to Quintessential Quintuplets! 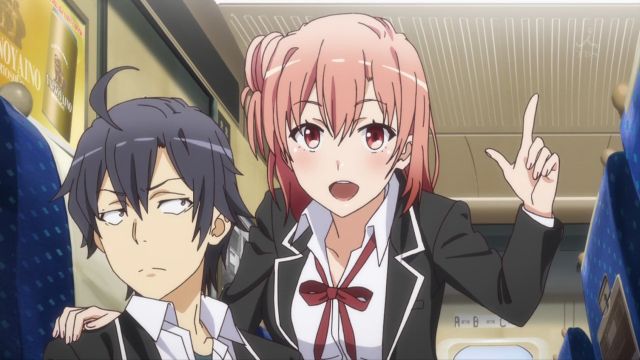 Oregairu is about 3 characters:

Hachiman is the male character everything centers around, including the two other girls pretty much. Yuigahama is the jolly, cheerful, “nice” girl everyone gets along with.

Yukinoshita is like Hachiman except she’s a bit cold and closed off. Hachiman is an introvert who see’s through the BS and values genuine relationships.

There’s romance but the 3rd season is really where things take a massive turn if we ignore the drama from season 1 and season 2.

Thoughtful and a romance/slice of life unlike any other. 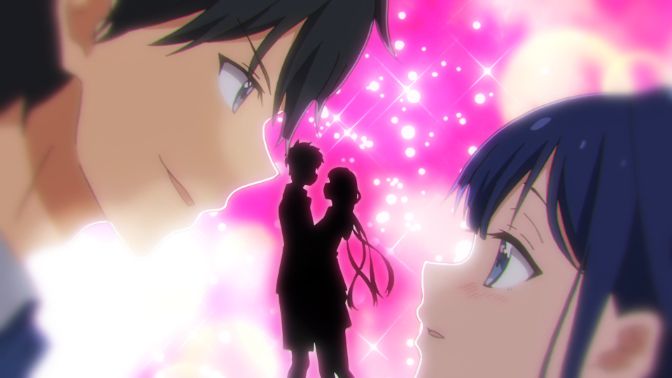 Masamune Makabe is a guy who always works out, exercises, stays fit, and eats the right foods to maintain his shape and health. This stems from a past insecurity.

He was once a fat kid (a rich one) who was bullied for his weight, and the girl he likes called Aki Adagaki rejected him because of his weight.

Being fit is Masamune’s way of getting revenge against the girl he likes years later by getting her to like him so he can break her heart later.

None of this happens of course and the story takes a different turn, which the upcoming 2nd season will expand on.

The comedy is underrated and is definitely one of the ‘s best highlights.

Girlfriend, Girlfriend is an series that released back in 2021. It’s a harem/romance that takes things even further than most tend to.

The male MC explores polyandrous relationships and has multiple girlfriends who all eventually agree to be his girlfriend. This leads to different dynamics than the usual monogamous style romance you usually see.

It also makes for a different taste of comedy and of course – fanservice. But it’s not for everyone and isn’t what you’d call a masterpiece. 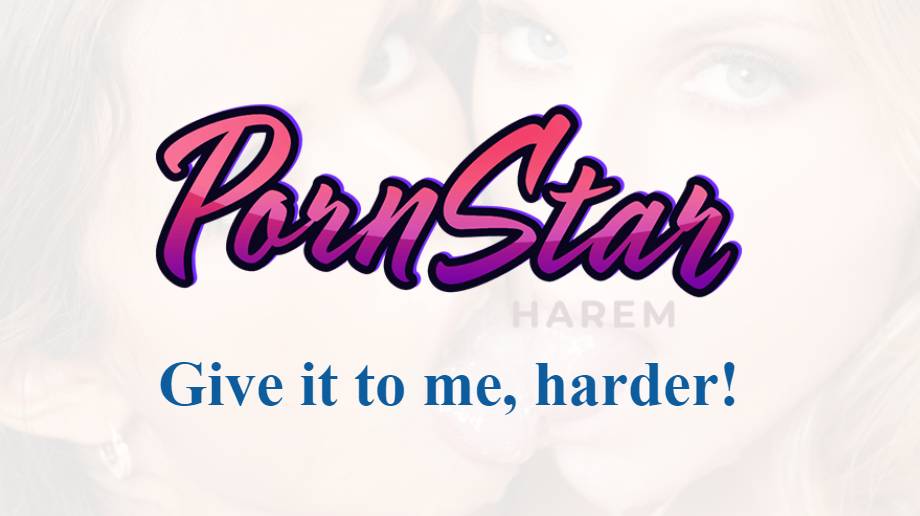 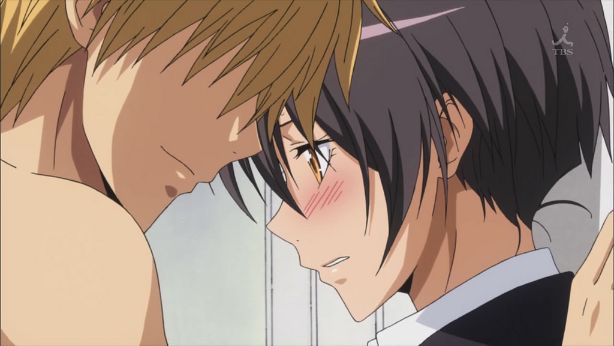 Maid Sama isn’t a harem by any stretch of the imagination, but it does have similarities to Quintessential Quintuplets.

Misaki Ayuzawa is a student council president so she’s more competent and reliable than the average girl from Quintessential Quintuplets. She doesn’t need tutoring.

Her biggest flaw is the way she treats men because of how her own father treated her, her mother and sisters. Boys at school hate her sexist views and double standards.

Usui Takumi swoops in literally and that changes the dynamics of the story since he opens her mind to certain things, and it has a positive effect on her outlook and personality.

Their chemistry and relationship is still one of the best to this day in the rom com genre. 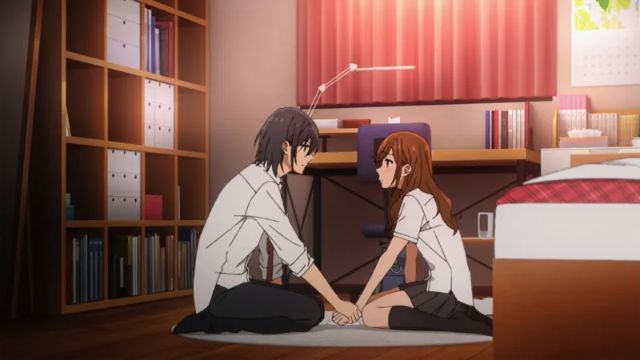 Horimiya is similar to both Maid Sama and Quintessential. The name of the is a play on the names of both male and female protagonists/heroines.

Miyamura is the guy who’s seen as an Otaku at school and the guy who’s unapproachable and weird. But outdoors he changes his hairstyle and appears to be different and more confident.

When Hori accidentally meets him after he helps her sister, she starts to fall for his “other” side most people don’t know about.

Their romance is wholesome, and their chemistry lights up the in ways other romance don’t.

6. Saekano: How To Raise A Boring Girlfriend 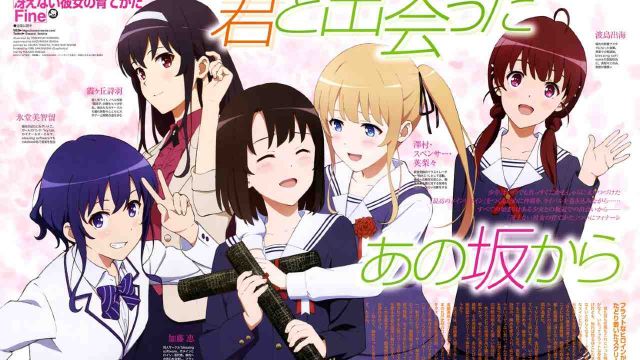 Saekano is another harem that goes beyond the normal cliches and standards, and gives you something a little fresher and better than what’s to be expected.

The “boring girlfriend” part of the title is slowly revealed later when a certain character is introduced.

Tomoya, the male Otaku MC with want to build a dating sim game. He gets help from other girls, 2 of who are best selling authors and Doujin writers.

The focuses on their relationships as they all work to create the dating sim game that Tomoya is desperate to bring to fruition. 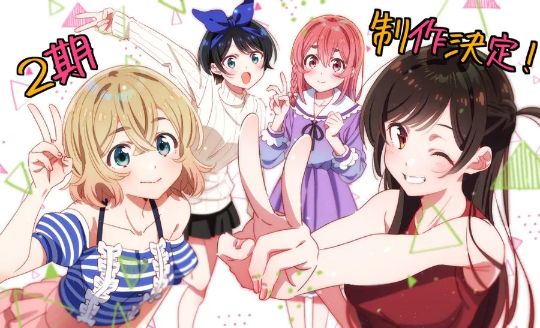 Rent A Girlfriend is an example of a harem/rom com series that has mastered the art of harem, misunderstandings, comedy, and twists to make for an entertaining series nobody expected.

Kazuya Kinoshita is the male MC and a certified SIMP who cant help put girls on a pedestal, especially his girlfriend who goes on to dump him for the f*ck of it.

Even when disrespected by girls, he takes the high road and is still nice to them. This is his biggest weakness. The fact he has no backbone and lacks confidence.

Chizuru Mizuhara is the female MC, the rental girlfriend who steals the show literally with her charm, maturity, beauty, open mindedness and how down to earth she is.

The other rental girlfriends who come later and Kazuya’s ex girlfriend is what mixes up the and makes it what it is, along with Kazuya’s friends who give him a kick up the ass on occasion.

Related: How Anime Can Help With Self Confidence And Boost Your Self Esteem 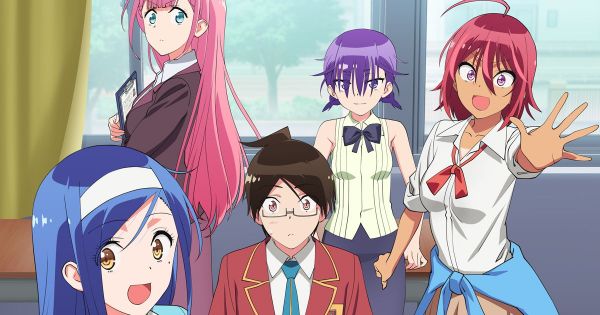 We Never Learn is self explanatory just like it sounds. It’s a bunch of useless girls who need tutoring because they’re failures at school. Not unlike the plot of Quintessential Quintuplets.

The male MC steps in to help each of these girls, including a brown skinned girl, and in a cliché kind of way their relationship builds and blossoms from there.

The art style is different to Quintessential Quintuplets but everything else is closely related. 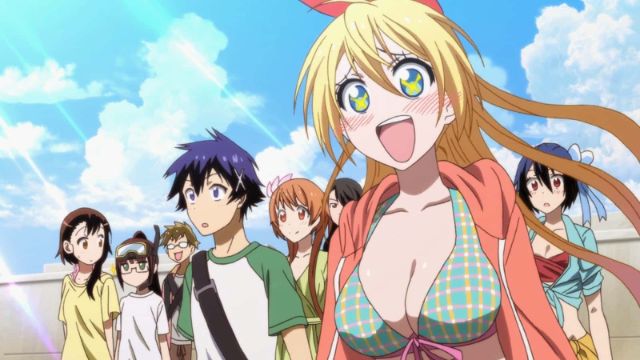 Nisekoi, made by studio SHAFT is another harem/romance that isn’t typical and doesn’t follow the usual plots and themes.

This is about Chitoge Kirisaki and Raku Ichijou, both of who have families from rival gangs trying to kill each other. They get into a “fake” relationship to keep both families at peace.

The name “Nisekoi” translates to fake love so it’s a pun.

Kosaki Onodera is another important character in the ‘s plot, but she doesn’t end up being the best girl despite being the close childhood friend.