The adventure aspect of Pokémon (and striving to be better) is why It’s still so successful in 2018.

And if you’re a fan of the Pokémon series, you know this is true.

So if you’re looking for something similar to Pokemon in terms of:

Then check out these 9 similar shows 😉 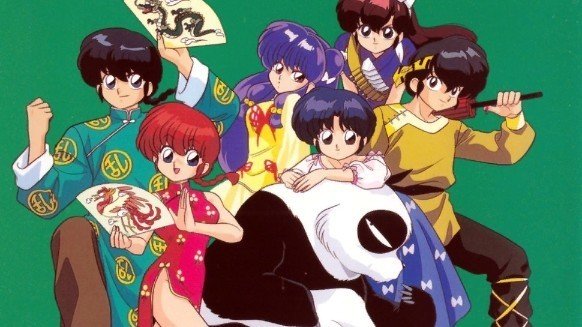 If we’re talking about “animation” by itself, Pokemon and Ranma couldn’t be more different.

But it’s what lies beyond the animation style of Ranma 1/2 that connects Pokemon to its style.

Both shows are part-adventure, part-comedy, and of course: supernatural. With the main characters striving for something, while traveling to new places and meeting new faces along the way.

It’s a subtle, but definite similarity worth mentioning.

And in some ways, the main character: Ranma will “kind of” remind you of Ash Ketchum in terms of role and personality. 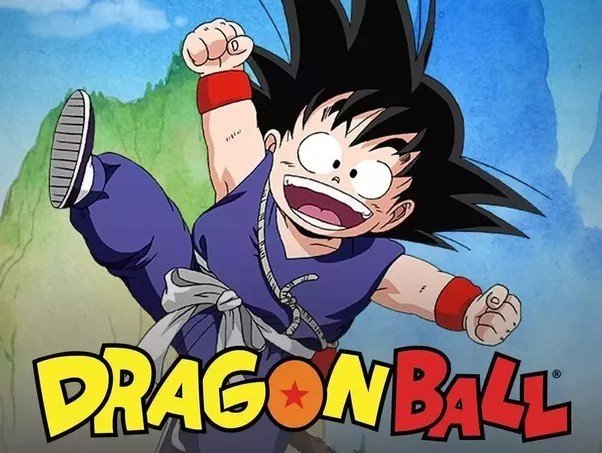 I’m talking about the 1st Dragon Ball series… NOT .

Though does have some similarities to Pokemon as well.

It’s all about Goku as a kid, and his adventures with Bulma and their hunt for the Dragon Balls.

Like Ash, Goku has a large appetite for food and is driven to become the best there is.

In similar ways, both Goku and Bulma run into “evil” characters who occasionally stand in the way. But are easily overcome in most situations (think of Team Rocket).

The only exception here is the initial fanservice that’s a little much compared to how clean Pokemon is. 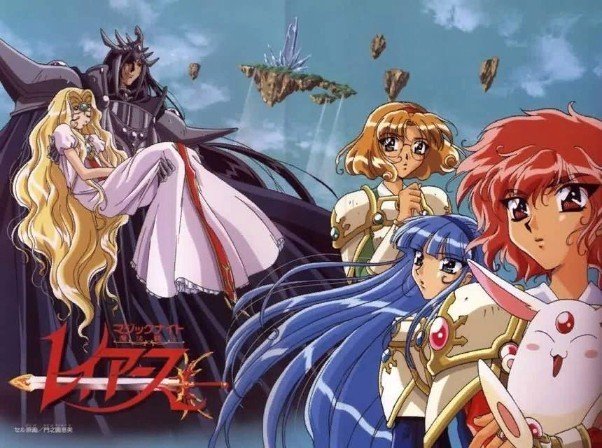 Magic Knight Rayearth is a mix of mecha, adventure, magic, fantasy and the supernatural.

The main focus of the series is on 3 main characters who are transported to another world.

One close similarity to Pokemon is a character named Makona. A type of fairy who joins Hikari, Umi and Fuu on their journey. 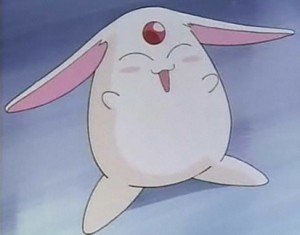 It’s almost the same to how Pikachu is seen with Ash Ketchum right from the get-go. Except Magic Knight Rayearth focuses on a female lead role and “lightweight” romance in season 2. 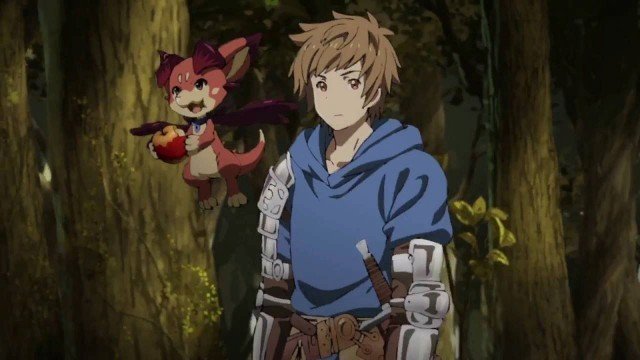 Granblue Fantasy is one of my personal favorite adventure series. With gorgeous animation and a different take on visuals.

While Pokemon is a kids show that’s 100% clean, Granblue Fantasy has a “slight” level of violence, but nothing too extreme.

What connects both series is the adventurous aspects, the main character Gran, and the talking dragon called “vyrn” who travels with the MC.

Another big difference is obviously the use of magic and the fantasy world it’s based in. 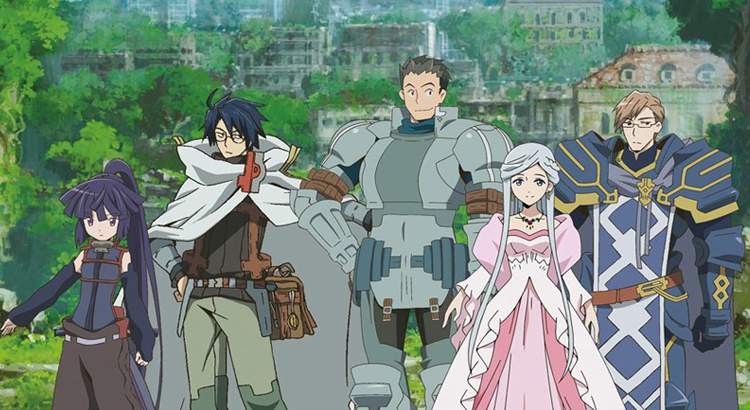 The good thing about Log Horizon is it’s light on fanservice. It’s pretty much dead.

So it’s a good transition if you’re into Pokemon.

The plot focuses on an in-game world called Elder Tales. Which is an MMORPG.

Similarities you’ll love if you enjoy Pokemon are:

And how it al progresses the more you get into both season 1 and season 2 of Log Horizon.

It’s a nice step up from Pokemon if you want something a little more . 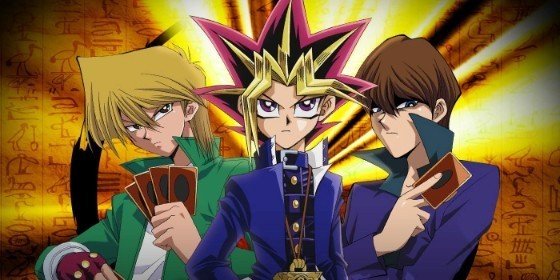 You probably saw this coming, right? It’s one of the more “obvious” shows which Is why I mentioned it later.

Yu-Gi-Oh takes the concept of Pokemon, and turns it into card battles. That’s the easy way to define it.

But the is more than just that.

And the main character is a LOT different to Ash Ketchum, as his personality is split into 2 different people. 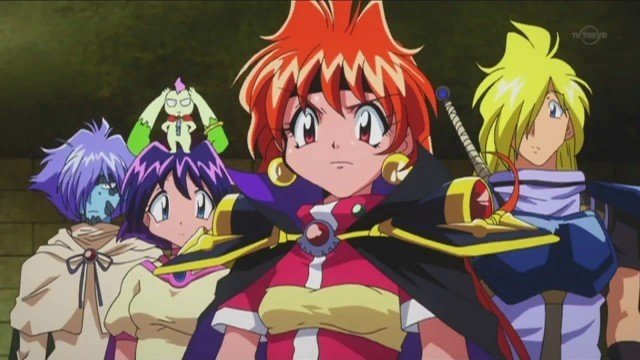 Slayers is similar to both Pokemon and Magic Knight Rayearth… with the exception that it’s:

Similar to Pokemon, you have both a male and female main character. And the comedy between the characters is something you’ll easily warm to if Pokemon is your thing. 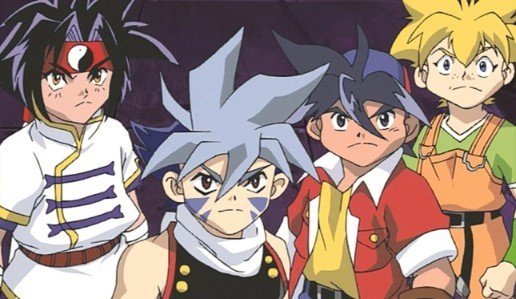 Beyblade takes the concept of Pokemon and turns it into… beyblades.

And the main character has his hat pointed backwards just like Ash Ketchum before a Pokemon battle.

Beyblade might not be as popular, but it’s obvious how similar it is, even if it’s quite different at the same time. 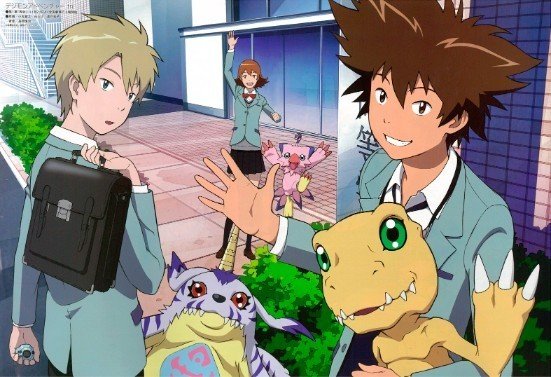 Probably the most similar to ever exist when it comes to Pokemon.

It’s all in the name.

Digimon has still managed to maintain a following all these years, and that’s in spite of being in the shadow of Pokemon.

Where Digimon has taken a LOT of its influences from.

But for what its worth, Digimon is one of the first to consider if you’re a fan of Pokemon, and especially if you’re not into the Pokemon series.

15 Of The Best Adventure Anime Series You Should Start Watching