girls with guns is one way of describing it.

In this world based in 2062, most of humankind has been wiped out. The planet is inhabitable, and T dolls as they’re called, are used in place of humans for combat.

A new threat of artificial intelligence is rebelling, and T Dolls are on a mission to take them out and defend the planet.

The visuals are stunning and it’s one thing that’s noticeable about this . 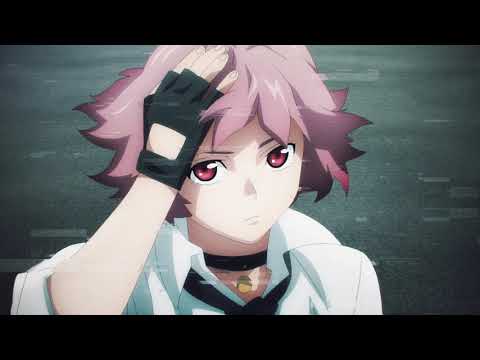 Here’s some similar shows worth watching. 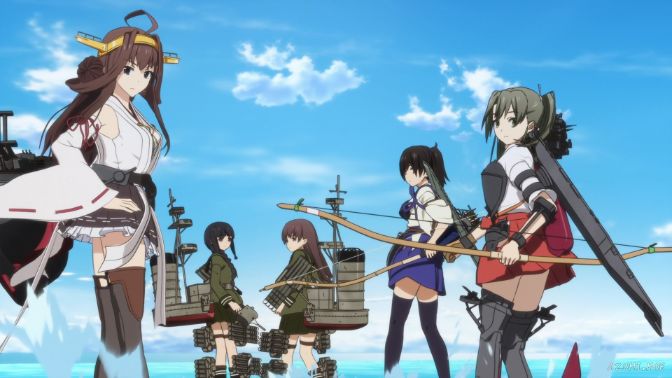 Kantai Collection is adapted from the Kancolle online games. It’s military based with girls as weapons. One example being Kongou, who represents the Kongou battle ship that was used in WW2.

Fubuki, the MC and beginner battle ship is in a new fleet and learning as she goes. She’s determined, but weak and nervous in the beginning.

She trains and overcomes some of her hurdles.

The battles in this are what make it so similar to Dolls Frontline, given the weaponry and militant themes of this series.

Kantai Collection is a little more on the “fun” side in some ways though. 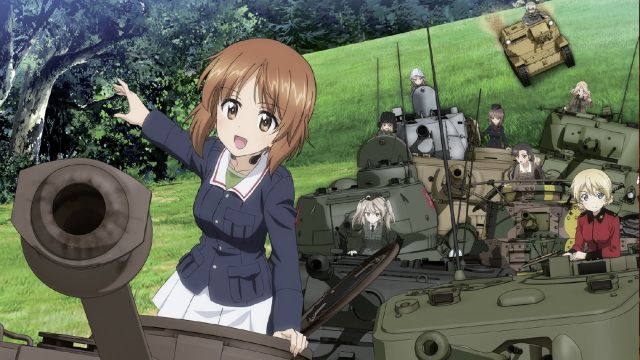 Girls Und Panzer is an about Miho Nishizumi, the younger sister of Maho Nishizumi who’s more experienced in combat.

Miho and others decide to go into tankery to prevent their school from being shutdown, and end up winning the competition set out for them.

If you like with a heavy focus on strategy, tactics, but presented in a more delicate fashion, this is the one. It’s another facet “ girls doing things”.

There’s references to certain types of military tanks from different countries, and overall has a western influence to it (UK, parts of Europe, etc).

Related: 15+ Of The Best British Anime Characters You Need To Know! 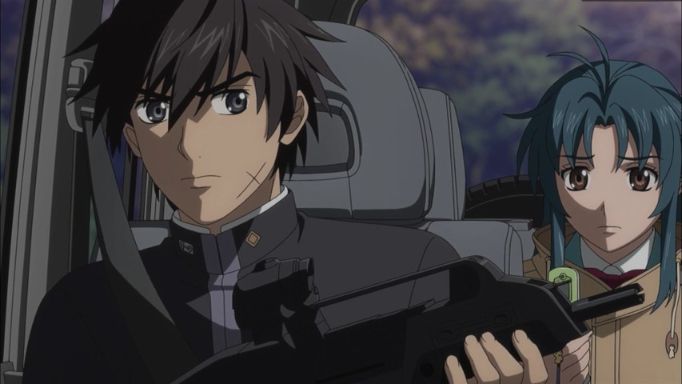 Full Metal Panic is about Sousuke Sagara, a militant character who grew up a child soldier. And now works for an independent military group.

They tackle terrorism across the world.

Sousuke’s mission is to protect Kaname Chidori, a potential target for something top secret she herself isn’t even aware she has.

There’s mecha in this , but a lot of missions do take place on foot, which gunfire, action, bullets flying, violence, and tactical episodes.

The main difference between FMP and Dolls Frontline is the more human element and the mechs they use. 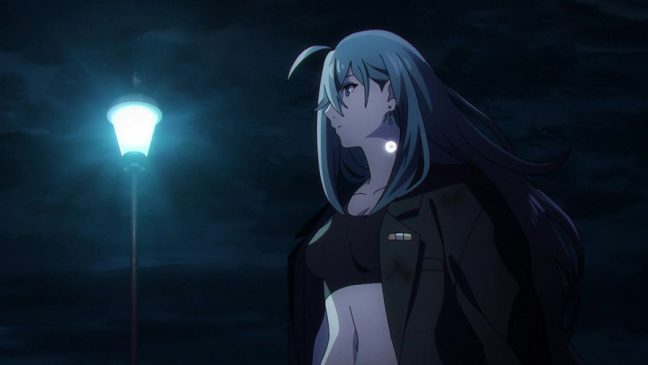 This is one of 2021’s best anime series, and missed out on a lot of coverage it could have gotten.

It’s an based on artificial intelligence, just like Dolls Frontline (or Girls Frontline).

Vivy, also called Diva has one goal: to make people happy with her singing. But this is sidetracked by a bigger threat.

A robot from the future tells Diva that A.I will try to destroy the human race in future, and so she partners with him to prevent it from happening.

Her reasoning is it aligns with her goal.

The action, fights, which at some points involves guns makes this the perfect to transition to from Dolls Frontline.

The visuals are unmatched. 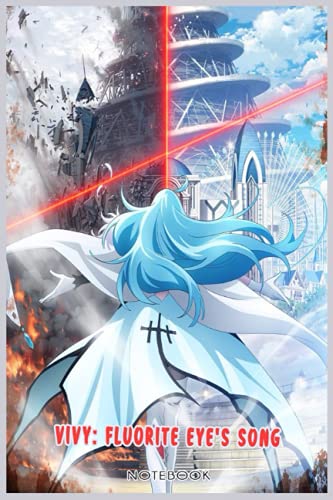 Vivy Fluorite Eye's Song: NOTEBOOK FOR MANGA FANS Start Shopping
We earn a commission from Amazon & other affiliates if you make a purchase at no additional cost to you. 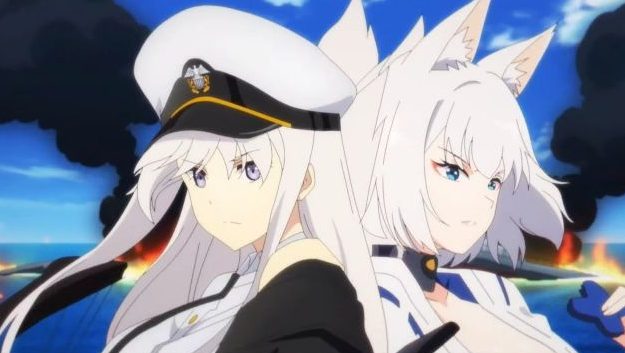 Azur Lane, adapted from a successful video game is a military, action style in a sci-fi world.

It has strong similarities to Kantai Collection, not just Dolls Frontline. The female characters are weapons.

In this world there’s a war, and “Grey Ghost” Enterprise are the one’s with the potential to bring it to an end.

Don’t expect the most accurate historical references in this one, but it does have historical ties just like Kantai Collection or Girls Und Panzer. 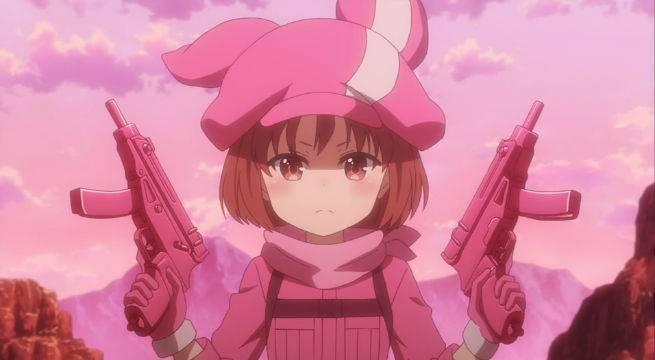 The original has an arc in the 2nd season dedicated to Gungale world, also called GGO.

Alternative Gungale Online is exactly as it sounds. The characters are different, and the setting is a little different.

Kohiruimaki Karen, or Llenn is the main character who rises up the ranks in the game, and plays as a SMOL girl. The completely opposite to her real world appearance.

Guns, guns, and more guns is what you’ll get out of this alternative series. With a  character right at the center of it. 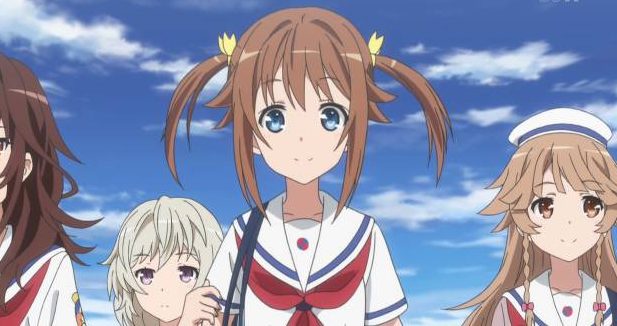 High School Fleet is a bit different with the way it operates, and how the story is approached.

The main characters are on a ship in the ocean, and these girls are aiming to become “blue mermaids”, a type of graduation status.

They end up having to defend themselves after the ship is malfunctioning, leaving them stranded and an open target.

In general this is portrayed in a slice of life/school style, with the military elements layered over it like butter on bread.

The 42+ Best Anime Quotes About Sacrifice And Tough Decisions