Anime girls are the centre of lap pillows. With the male character laying down on a girls lap and resting.

It’s a source of:

And even romantic episodes where it counts. And I don’t know many anime fans who don’t warm to it.

There’s even fewer anime fans who outright hate it (if they exist).

The reasons aren’t too surprising when you think about it. How could you not love something like this?

Let’s talk about it (and the reasons why lap pillows are popular).

Why Fans Love It: 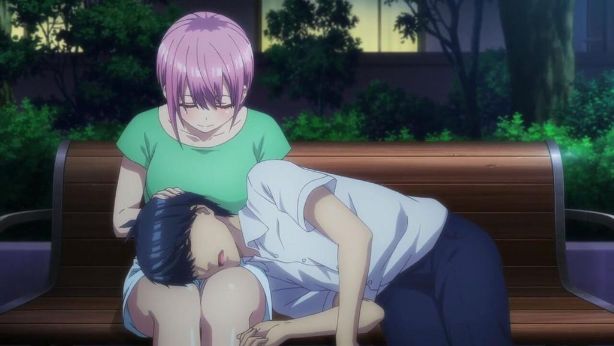 Imagine walking down a busy street in the city centre of Manchester (or the equivalent) and asking a girl if you can rest your head on her lap.

Most women would rightfully give you the eye, call you a few “bad” words, or call the police.

No sane person would expect a normal reaction from a question like that as a stranger.

If a girl (or anyone) let’s you rest in their lap… It means you both have some sort of relationship with each other.

That’s what intimacy is all about.

It’s the “closeness” of your friendship or relationship that allows you to offer your lap to rest, relax or even sleep.

Or in the case of Re:Zero: to talk, have a conversation and air out your problems in a safe space.

That’s exactly what Subaru Natsuki does in the anime. 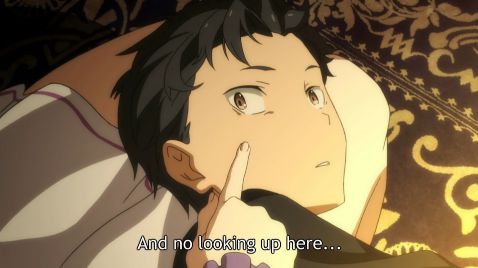 He’s stressed out, irritated, has a lot of feelings bottled up and has no one else to talk to.

She gives him the opportunity to lay out his feelings and get everything off his chest, even if Emilia can’t understand it.

But she and Subaru share enough of a relationship to allow that to happen.

All through the power of  a lap pillow!

In other scenes and scenarios in anime, lap pillows are a sign of romance and affection.

When I say that I mean from both sides, not just a one-sided interest.

A good example is Maid Sama. Misaki Ayuzawa uses Usui’s lap as a “lap pillow” further into the series.

In this case it’s the girl resting on the guy’s lap and getting intimate (and feeling embarrassed about it).

A better example is High School DxD. An series and one of the most famous and respected of its kind.

Rias Gremory and Issei have feelings for each other. It’s real. And the anime shows that as the seasons pass by.

The lap pillows in this anime represent romance, romantic feelings and the love characters have for each other.

This goes well with point #1 about intimacy, but the romance is like seasoning to the cliche of the anime lap pillow.

A cliche that never goes out of style and that’s why it’s still going strong (and why fans love it to this day).

3. It means you care a great deal 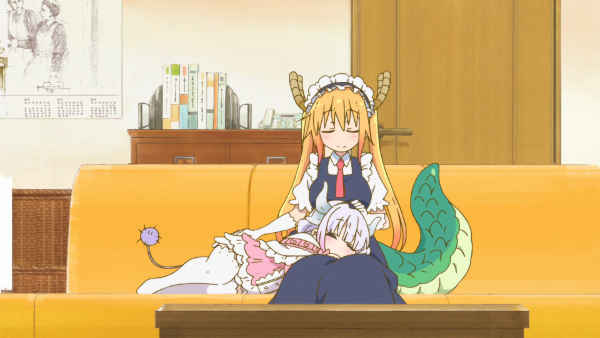 It’s like the scene out of Miss Kobayashi’s Dragon Maid.

Tohru lets Kanna Kamui rest in her lap and sleep because she’s so tired.

In this case it’s not about romance, feelings, or any of that mushy stuff.

It’s more about the fact you care a lot about the other person, without it being romantic or sexual. 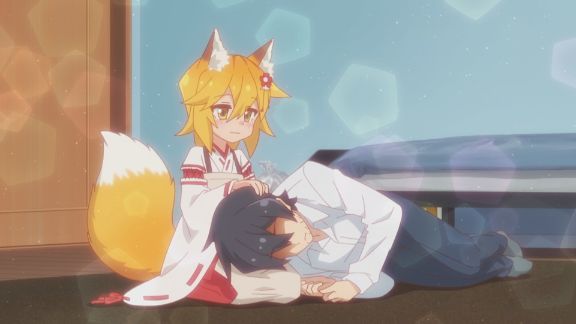 It means you see the other person as family (literally or otherwise). Or you just care about them and don’t wanna see any harm come to them.

You see this in the anime: The Helpful Fox Senko San.

Senko San (besides being a fox loli who’s 100’s of years old) is literally committed to washing away this guy’s depression.

“This guy” being the main male character.

The wholesome episodes, relaxing vibes, and chilled out atmosphere only makes it that much more pure to get lost in.

The “lap” pillow scenes only adds to it and makes it more appealing.

Plastic Memories is probably one of the nicest, most wholesome examples of anime lap pillows.

The anime is built on:

And everything in between.

Between Isla and Tsukasa later into the anime, you get this wholesome episode to even things out.

It’s one of the warmest episodes an anime has ever produced, and the “lap” pillow-effect played a definite role. 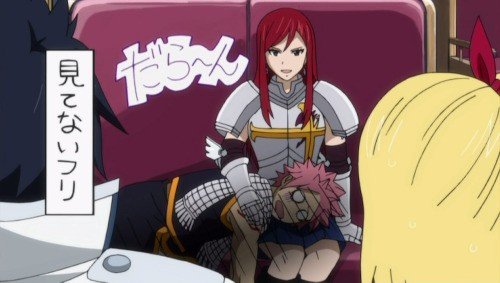 And when an anime’s ready to be stupid, funny and nonsensical, the “lap pillow” turns into something entertaining and so ridiculous you can’t help but laugh.

Erza Scarlet let’s Natsu rest on her lap but it’s anything but wholesome and more so aggressive and besides the usual point.

In the end, lap pillows in anime are loved because of the “feels” connected to it.

It’s a cliche that will never die, and it’s one that fans appreciate over and over again.