The anime industry has been growing in the past couple of years, consistently. At least as far as “numbers” go.

Things are looking up.

The Association Of Japanese Animations recently valued the industry based on its growth. Based on 2018’s performance. 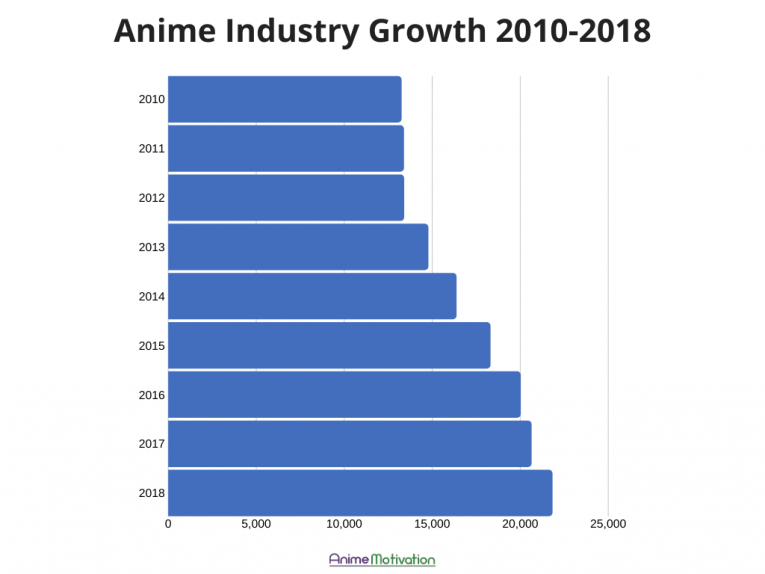 As you can tell from looking at the graph – this trend has grown more and more as the years go by.

Ever since 2013 the industry’s value has gone up massively year on year. With bigger jumps that are noticeable.

A lot of this is thanks to piracy, , and the growing acceptance of globally.

Live events like Conventions grew the industry’s worth by 23%, with around 10%.

Unsurprisingly, as I’ve said over and over – home videos () has dropped AGAIN by 23%.

Anime merchandise has dropped as well, which I predicted, by 4.4% overall.

It’s good to see is having an impact, but the battle is ongoing and there’s still more to come!

Why Piracy Is Hurting The Anime Industry, And Helping It At The Same Time