The term “femboy” has been going around for decades. In fact, it started back in the 1990s as far as documentation goes.

Similar to words like Sissy, it was used to offend boys and men with feminine characteristics.

These days the term, more so with anime, is used to describe anime characters with:

Here’s a list of anime femboys who fit that description. 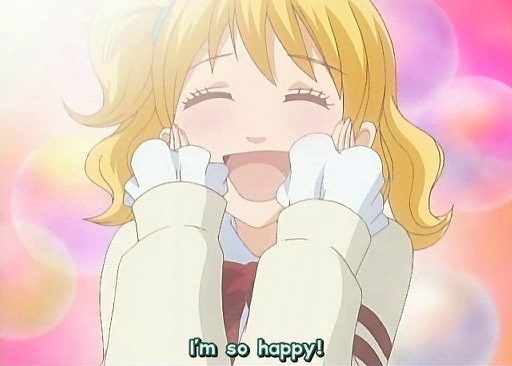 The character Seiko Kotobuki is a supporting character in this Shoujo/rom com series. Unlike many femboy characters in anime, Seiko is a legitimate transgender on top of the usual characteristics.

Upbeat, happy, cheerful, jolly, and usually always in a good mood to the point where it seems nothing can aggravate him.

As you see though Seiko can be jealous in a venomous kind of way, and in some ways disrespectful of other people’s boundaries.

Related: 25+ Of The Best LGBTQ Anime Shows That Won’t Disappoint 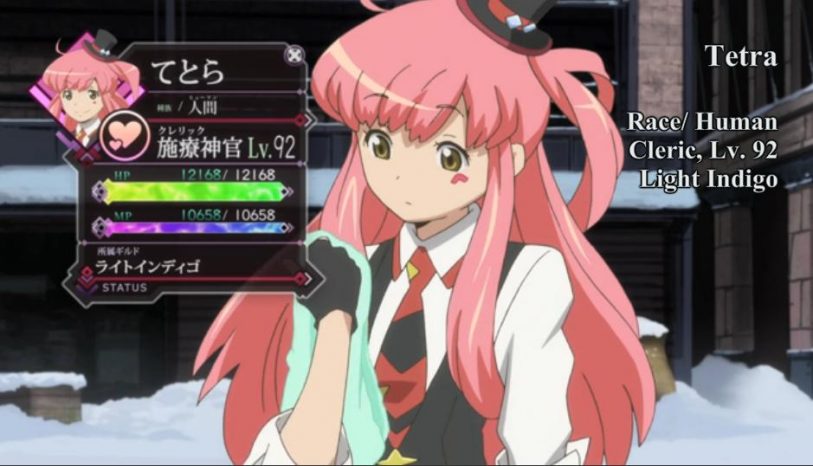 “It’s Tetra, baby” – if you watch the dubbed version of this anime, you’ll hear these words a lot from Tetra. He’s a femboy by definition and fits the bill so well it’s undeniable.

Throughout this where the characters are stuck inside a game, forced to make a life there, some characters don’t know Tetra’s true identity. And one guy, in particular, thinks Tetra is a girl.

There’s no TRAP reveal in this anime like others. 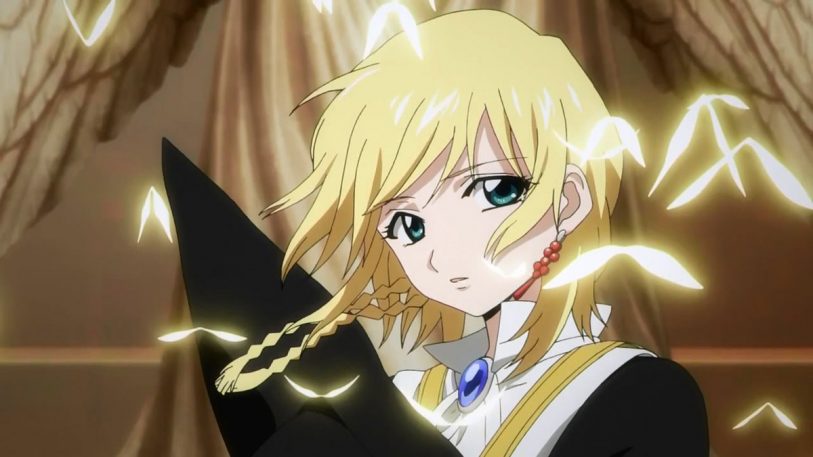 Titus is a passionate character who shows up later in the 2nd season of Magi, during the time when certain mages attend a school for training.

He becomes the friend of Aladdin, though he’s arrogant and hesitant at first.

Titus matures a lot through the series and there’s no time truer than when he meets a girl who’s suffering, bringing out the more empathetic and caring side of Titus. 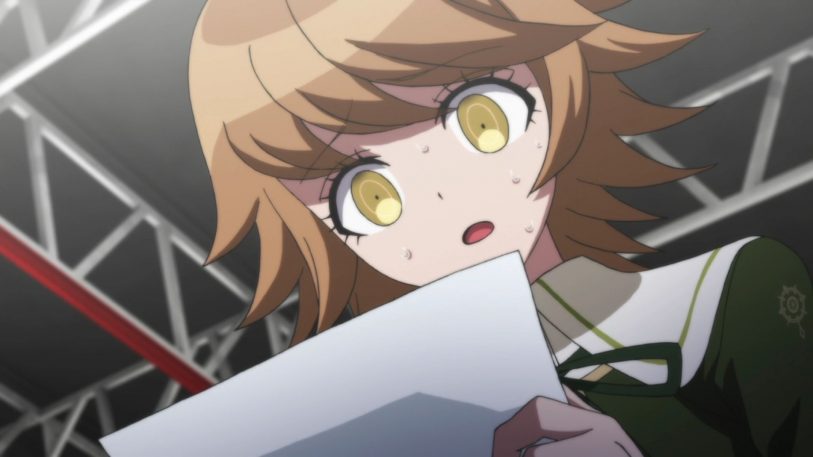 Danganronpa is a lot of things. It’s a school anime where the main and support characters are trapped inside a facility. They were ured into a prison essentially, and are forced to compete for their lives.

Chihiro is one of many characters but one who’s a trap by definition, or a femboy if you prefer that term.

His looks are deceiving to those who know no better or haven’t been told of Chihiro’s actual gender. 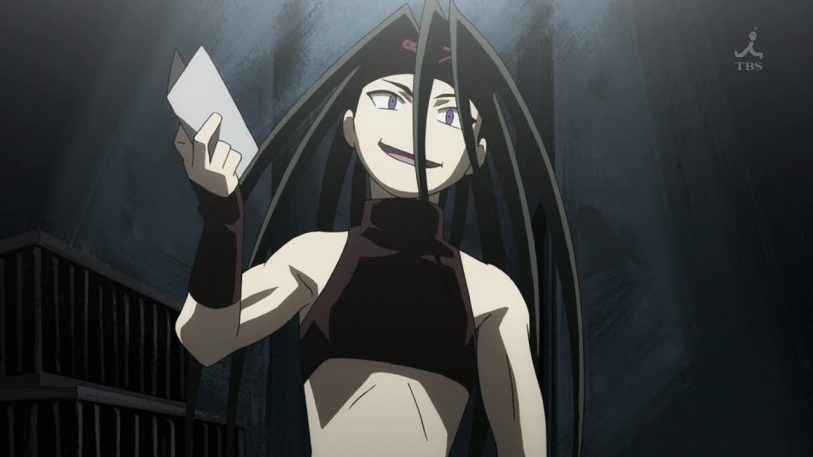 This anime like others was doing the “femboy” thing long before the term was popular in the anime community. But either way, Envy, one of many villains, is a character fitting for that title.

Envy is powerful, supernaturally strong, but is ambiguous in some ways when it comes to his physical atritubes.

It’s no doubt though that Envy can be taken for a woman or a girl for obvious reasons (despite the lack of cliches in the anime). 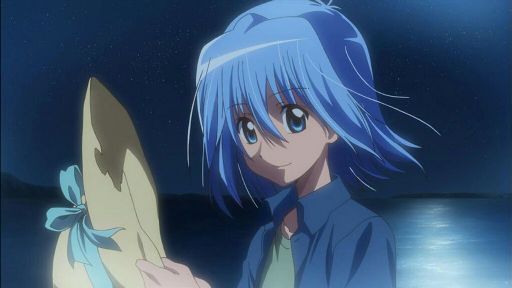 The main character Hayate ends up working for Nagi, a rich girl who inherited her money and wealth from her family. Her mother in particular who died and she misses a lot.

Hayate can fight, is true to his word, is a loyal character, and of course, has a look that distinguishes him from other male characters. 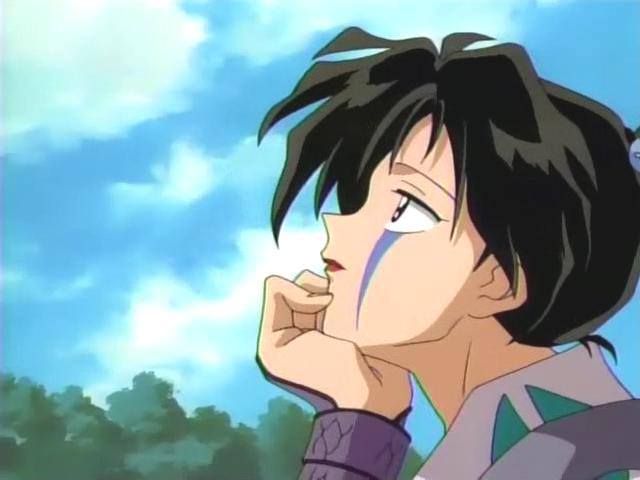 A major villain/antagonist who shows up later in the series (season 1). Jakotsu is part of The Band Of Seven, a dangerous group of assassins for hire who were slaughtered because they gained too much power.

He’s seen constantly complimenting and has a bit of a nasty attitude when he’s not cheerful. 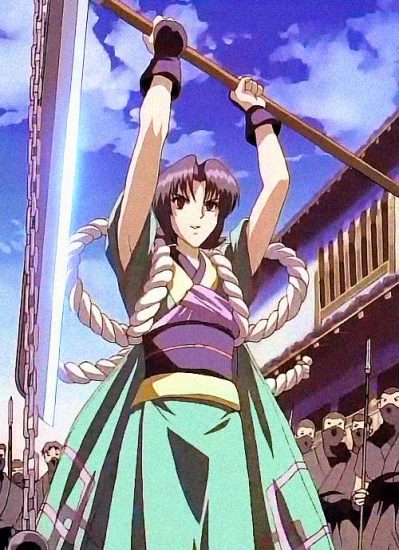 The 1990’s had their fair share of femboy characters or TRAP characters in anime. Kamatari is one of them from the legendary samurai series Rurouni Kenshin.

Kamatari is a deliberate crossdresser, so it’s not by accident or a part of a cliche to emphasize his differences.

He fancies one of the major villains of the Rurouni Kenshin series. 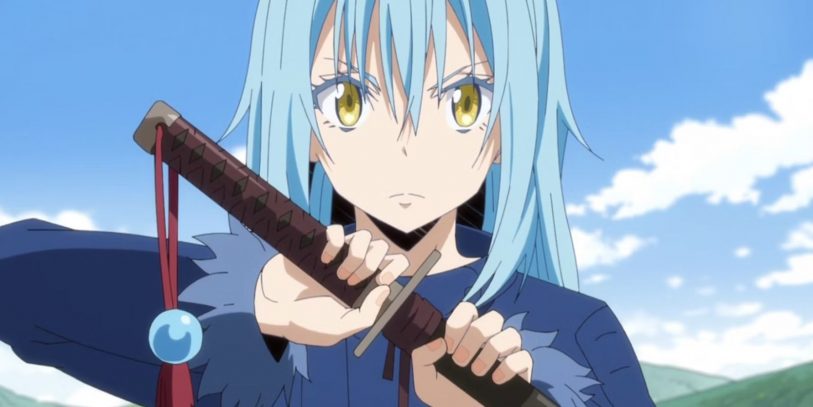 A character like this can be defined in a lot of ways. Rimuru is ambiguous and is also Androgyny. This term means someone with masculine and feminine traits.

Rimuru is also considered a femboy character, making him unique compared to similar characters on this list.

As the leader of his army and a man with connections, not to mention having slime powers, Rimuru is a character whose strength continues to grow and seems limitless. 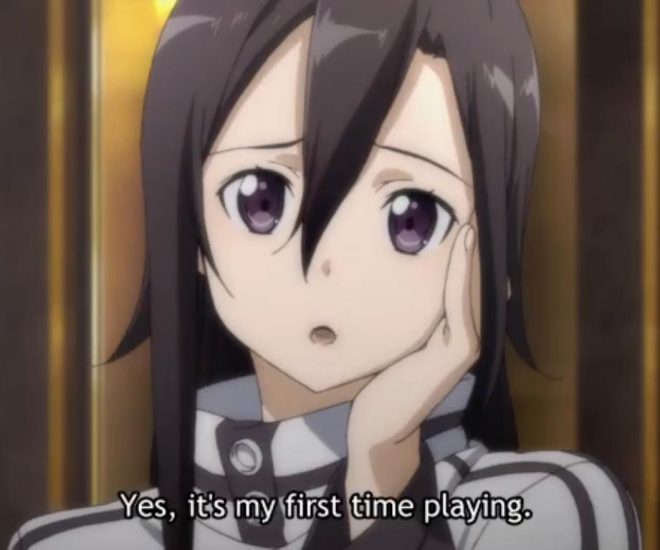 In the 2nd season of the SAO series, Kirito (Kazuto Kirigaya) makes a few changes to his appearance in the Gungale Online game. By doing so, his identity is mistaken for being a girl.

This is hilariously proven when Kirito meets Sinon Asada in GGO (Gungale Online). After finding out Kirito isn’t a boy during the time when they’re changing clothes, she loses it.

The demon inside of Yuichiro’s sword. Asuramaru has the appearance of a young person, maybe even someone in their teens. At the same time he has am ambigiious appearance just like Rimuru.

You could say he has girly features, but other features are more “manly”.

This adds to his mystique overall because Asuramaru is a character who so little is known about. 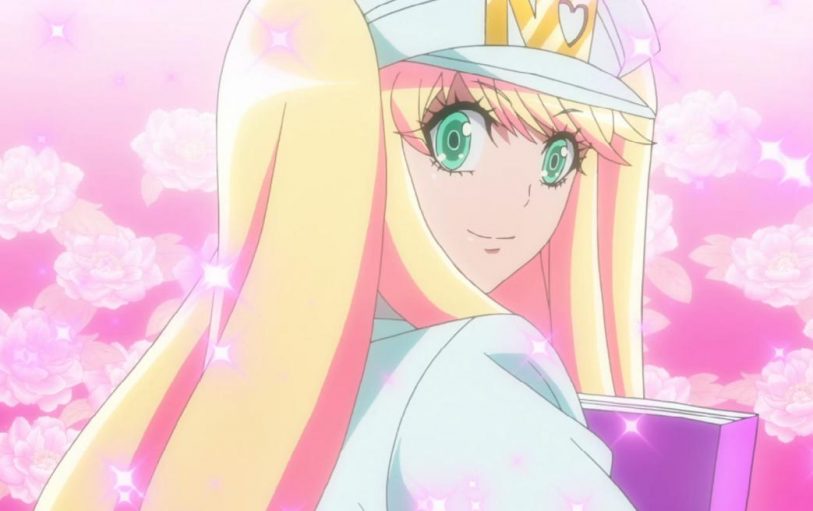 In the anime series Nanbaka, an anime about a group of jail mates locked up together, Hitoshi makes an appearance during the first season of the anime.

Hitoshi is the younger brother of Hajime, a guard who’s clearly masculine and more stereotypically a man.

When Hitoshi first shows up everyone’s convinced it’s Hajime’s younger sister, but their assumptions are far from the truth and the reality hits home. 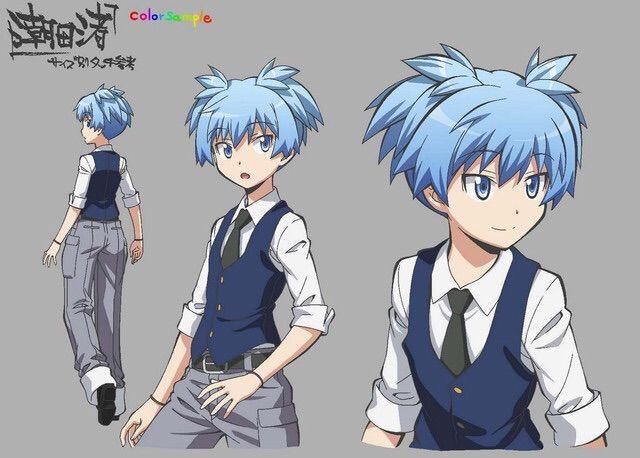 The Assassination Classroom series is based in school but has a lot of action, supernatural elements, and is about assassinating a certain teacher to supposedly save the world.

Nagisa Shiota is one of many characters, but the only male character who can be passed off as a girl depending on how he ties his hair.

He has both masculine and feminine traits similar to Rimuru Tempest from . 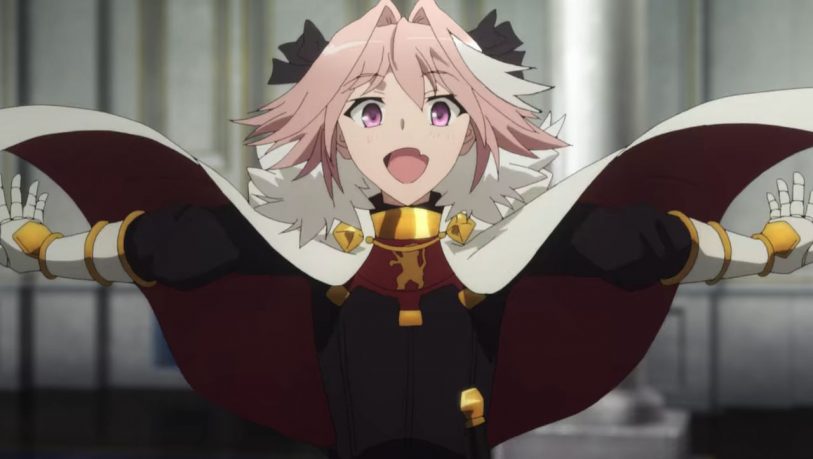 Can’t forget Astolfo, Rider Of Black. He’s the “poster child” (as Americans would say) of traps and femboys.

Being one of the 12 Paladins of Charlemagne in fictional history, Astolfo is said to be the prettiest, stupidest, and most attractive man.

Astolfo in the anime Fate Apocrypha resembles this behaviour of sorts and is more of the fun character who on occasion can fight and fight really well once serious. 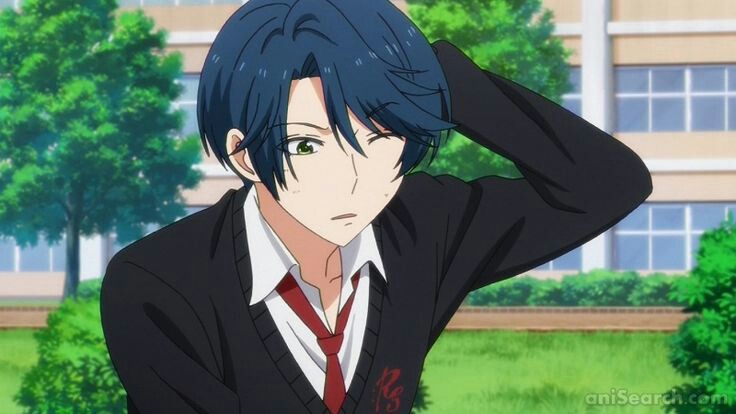 And lastly, there’s Kashima from Monthly Nozaki Kun. She’s a tall female character who looks more like a man on an average day. That’s not helped by Kashima’s style of dressing either.

Kashima wears unflattering clothes that don’t show off anything. And she has short hair which adds to the femboy look.

Despite all this Kashima is a really feminine and soft character.