In the real world, no one likes someone who constantly complains all the time. Especially when that person refuses to do anything about the things they’re complaining about in normal circumstances.

“Normal” means problems they can physically fix without restrictions other than the restrictions they put on their mindset.

In anime, you have plenty of these types of characters who either start out complaining and then become better through growth and development.

Or characters who refuse to let themselves be victims and find ways to overcome their challenges.

These types of anime characters are::

And may make you want to do better yourself.

Here’s a list of anime characters who refuse to complain and be victims, and instead make an effort.

Vegeta is the first character that comes to mind when it comes to those who refuse to complain or let their circumstances turn them into victims.

As a Saiyan who grew up under the rule of Frieza and his army, Vegeta learned how to become strong from a young age. He was taken way from his father and forced to grow up fast.

Not once did he let his emotions get the better of him. Instead, he used that energy to become stronger with the hopes of one day becoming stong enough to deal with his problem. Which he worked towards.

Vegeta isn’t the kind of person who enjoys those who complain all the time when they’re clearly capable of fixing the problem and aren’t being restricted in any way, shape, or form.

He’s a warrior with a warrior’s spirit. A Saiyan with a mindset driven to succeed no matter the challenge. 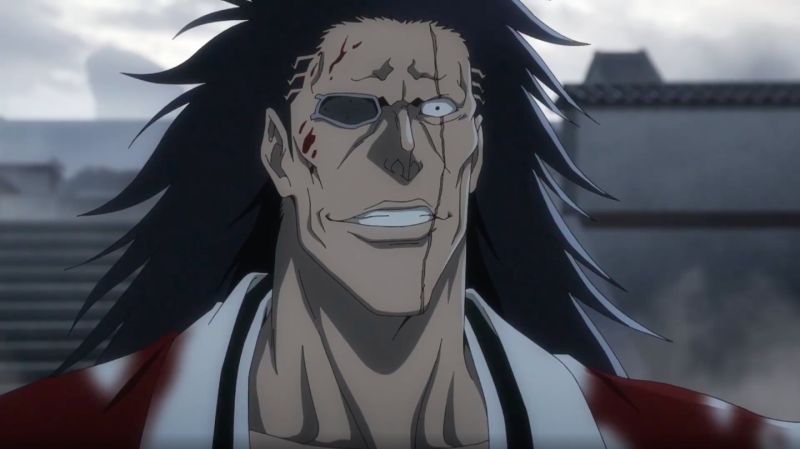 Kenpachi has been through a lot when you really think about his backstory, but it’s not framed in a way that makes you feel for the character.

Despite the methods he took to become who he is, and how his life has been in general, you never see this guy complain, whine, moan, or b*tch about how unfortunate he is or was at some point in life.

He seems to take life in his stride and run with it. He finds ways to enjoy it and one way of doing that is fighting, regardless of how others view his obsession and drive to fight people and grow in strength.

The same can be said about his lieutenant Yachiru, but that’s another story. 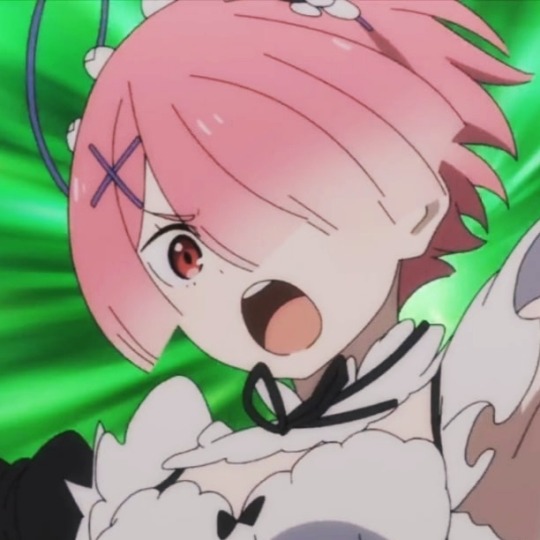 Ram, the pink-haired maid might criticize Subaru a lot in the anime, but as far as herself, her actions, her problems, and things of that nature, she never plays the victim or allows life to make her a victim.

She’s a strong individual who had her fair share of trauma and past experiences with her sister as a demon girl. Still, she plays the big sister role well and has the most confidence and self-assurance of the two.

She leads, she fights, she protects, and she doesn’t hold herself back mentally, physically, or in any other way. 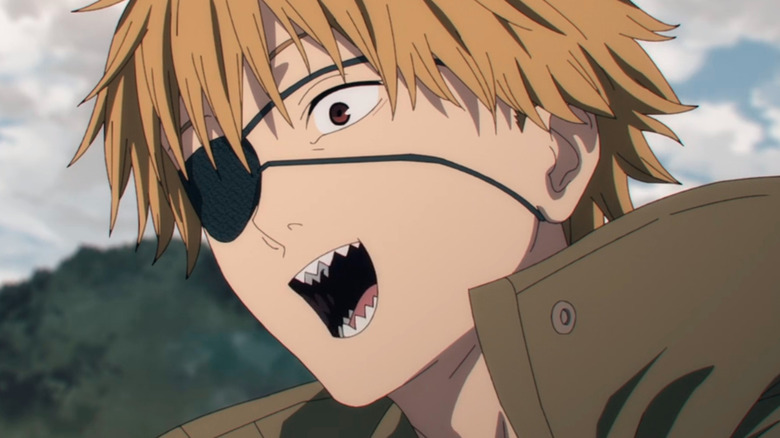 Denji has to be one of the most interesting protagonists there is. He’s been through a lot just like many before him, but even to a greater extent in some cases.

His father commits suicide, leaving Denji with his debt to a bunch of devil hunters who don’t give a F about Denji despite being a kid at the time. They force him to pay that debt back.

He could have given up and would have had every right to, but he refused, never let his circumstances destroy him, and somehow managed to pull through. Going to the extreme of selling his own organs to make money.

In the present story under Makima and with Power, he still never complains and miraculously manages to stay happy, chipper, and find ways to get motivated despite his circumstances or the hand life dealt him.

Touma is a standard protagonist. Not flashy looking. Just black hair like a normal Japanese person. He’s not the strongest character in a sense but definitely is the bravest.

He’s a poor student unlike other rich kids in the anime, but manages his situation well and never seems to let it get him down or break his spirit.

He’s a ballsy character and one with a fighting spirit. 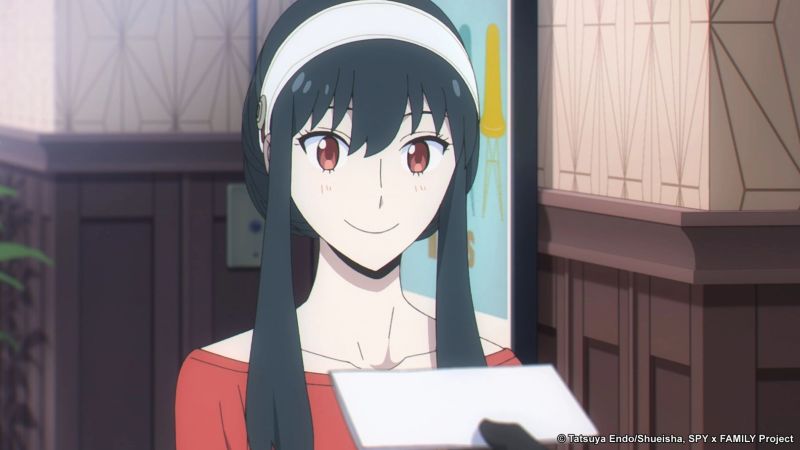 You can see that Yor Forger struggles a bit with certain challenges in the anime that she faces in her new life. Despite being an assassin ins secret, in normal circumstances, she’s actually shy-ish and not the most confident.

This carries over into her family life at times. She has a tendency to panic in unfamiliar settings and sometimes is unsure of what to do.

Despite all this, she has tenacity, drive, determination, and still pushes forward while figuring it out as she goes along. And going whatever it takes to succeed in whatever it is she#s struggling with.

Related: The Best Anime Mothers Of All Time Who Set A Good Example 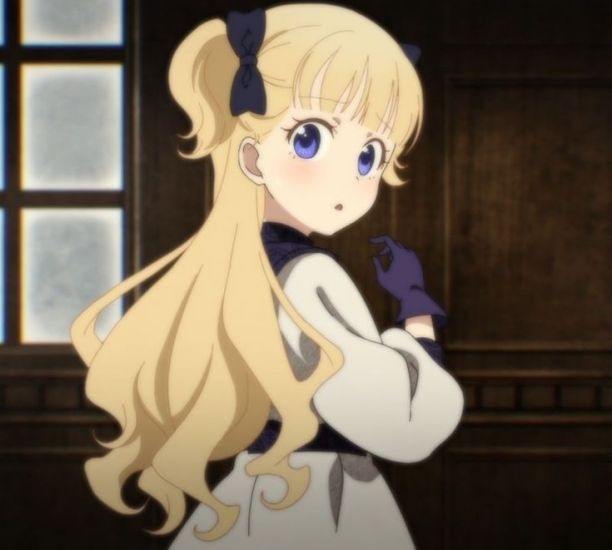 The little blonde-haired lady from the series is a ball of energy. She’s always excited, especially over little things that most wouldn’t be excited about.

She gets hyped at the thought of learning, experiencing, and doing new things. A lot like myself.

Even in serious situations in the anime, Emilico still finds a way to make things better despite her appearance. And she has more empathy than most can admit.

She’s more proactive than she’s expected to be. 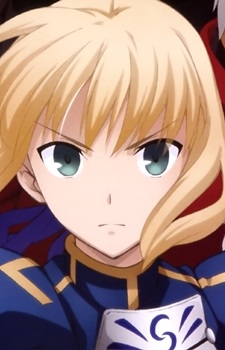 The king of knights, Saber, who’s based on King Arthur from British history is a female character who never complains about much. She’s focused, determined, disciplined, and respected.

She likes to train a lot to hone her strength, and rarely shows her weaknesses but may have time to herself about it in isolation.

She’s one of the best female anime role models there is!

9. Rit (Banished From The Heroes Party) 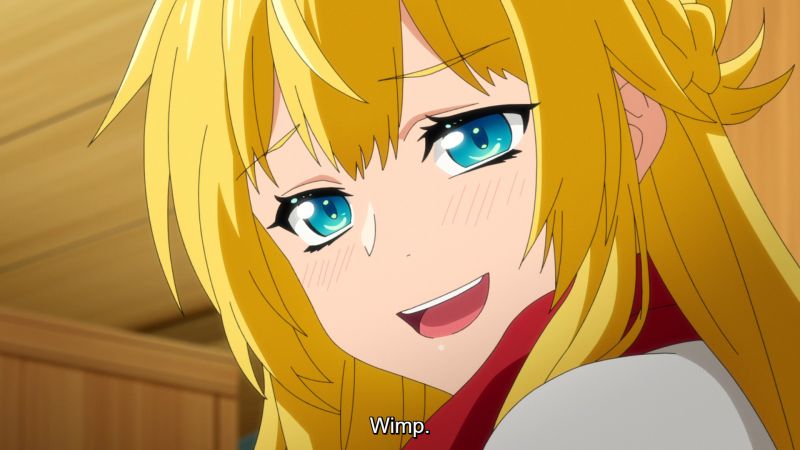 The main female character from the series with a long name, Rit is the blonde girlfriend of Red. Both of them retire in the countryside of sorts and get away from their past lives which involved constant battles, politics, and other things.

Ironically they don’t escape this since it gets brought to their doorstep in a way.

Rit might be a princess (no pun intended) but she’s still a skilled swordswoman. And she’s capable of fighting on her own to the surprise of anyone who underestimates her appearance. 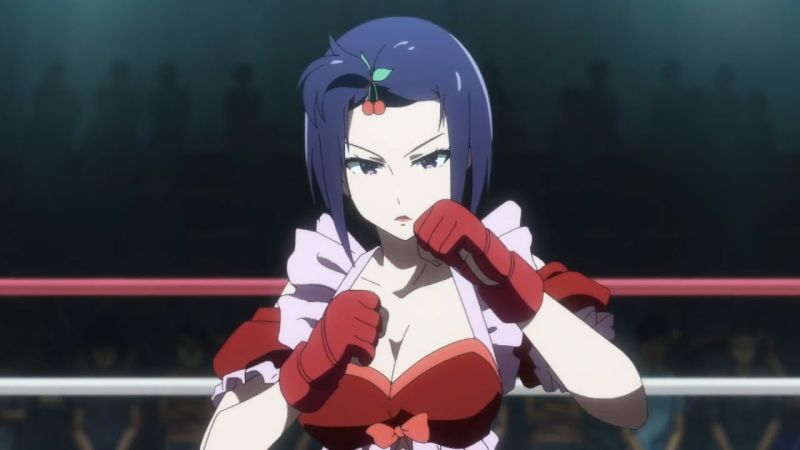 One of the fan favourites in the Akiba Maid War series, airing during Autumn 2022. She has a seemingly plain personality. She doesn’t laugh much if at all and has a dry sense of humour if you can call it that.

She doesn’t smile too much either. This is in contrast to her friend Nagomi who works in the same company as Ranko.

Being around Nagomi makes Ranko happier and her genuine effort to work hard and contribute is something you just can’t dislike.

Her backstory is the reason why she’s a bit hard-assed with a tough exterior. 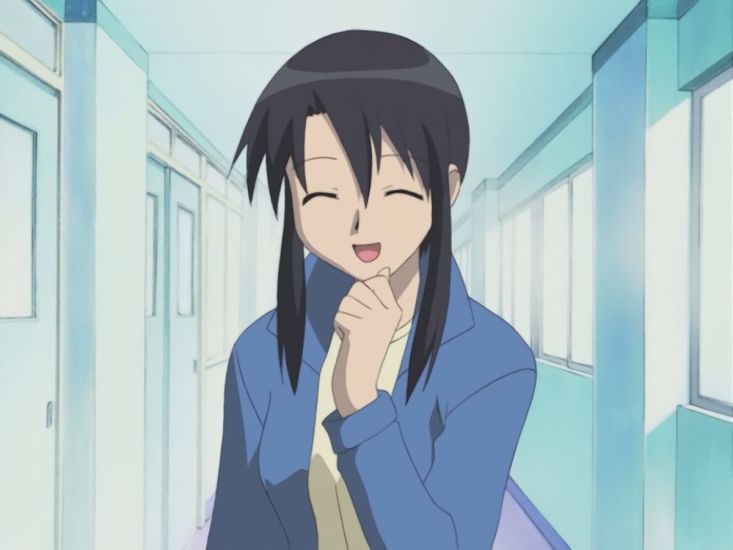 The P.E (physical education) teacher who everyone loves in the Azumanga Daioh series. She has black hair, usually is wearing a blue jacket, and gets embarrassed when her fried Yukari brings up moments about her dating life.

Minamo is one of the most responsible, likeable, down-to-earth, and respectable characters in the entire series. She’s the kind of woman who wouldn’t have a problem settling down because she’s pleasant to be around and has principles.

Of course, she’s not one for complaining and doesn’t tolerate others who complain but do nothing about it. She’s calm even when holding others accountable (in general). 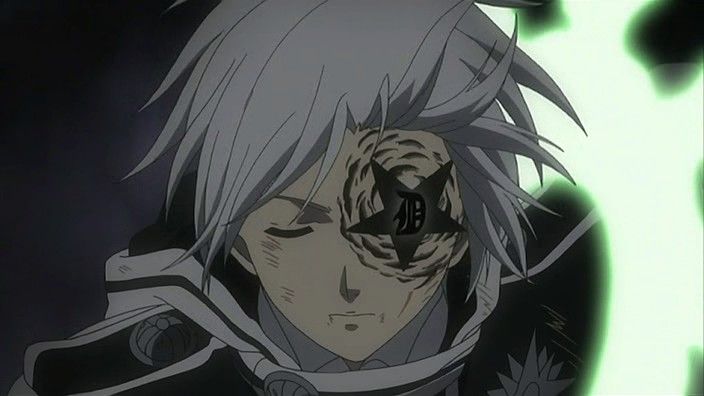 The demon-armed, demon-eyed human character whose eye and arm are really cursed, as opposed to it being a special kind of ability. With this curse he exorcised demons called Akuma.

With his eye, he’s able to see the undead, ghosts, spirits, and especially the spirits of humans that have been consumed by Akuma. That’s part of why he became an exorcist for The Black Order which is based in London.

It has branches all across the world.

Allen Walker never complains or lets life bring him down much even though his life has been a hard one. 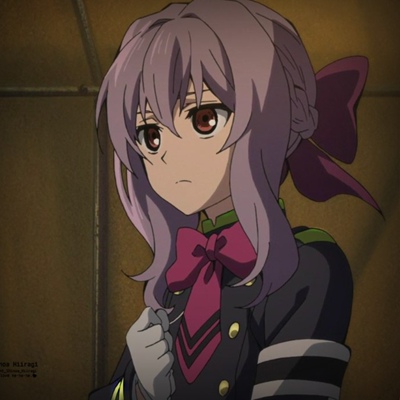 The sarcastic, funny, not at all serious vampire slayer from The Moon Demon Company in Owari No Seraph. As a soldier for the company she and others are trained to take down vampires who are threatening humanity.

For someone who doesn’t seem to be serious a lot of the time because she spends her time teasing others or having a slick tongue, she’s actually powerful and more than capable as a fighter.

She’s also the younger sister and a person who belongs to the important Hiiragi family, a thing that she dislikes for all the politics involved. And the seeming unhappiness it brings to her life.

Toshio Ozaki from the Shiki series (a horror anime) is one of the leading and most important characters of the show. He’s the reason the anime is stirred in a certain direction later on.

He’s the doctor in a small village. The only doctor there is in fact. The village is that small. And after an epidemic starts where residents are turning into vampire-like creatures, he takes action to stop the spread.

He goes to extremes that will make you question many things about life when it plays out. 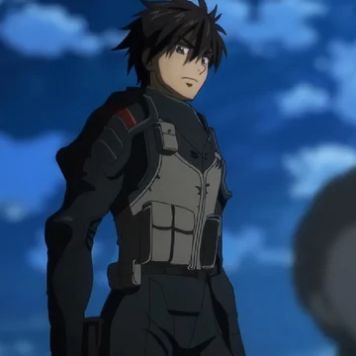 The disturbingly well-trained soldier from FMP has training from childhood, spanning 10 years of his life to the present. Because of his upbringing, he doesn’t have much of a personality at first.

He’s closed off, simple, straight to the point, and has no sense of humour at all. He’s not even the type to laugh and can be too uptight.

He loosens up a lot throughout the anime because of Kaname Chidori, the girl he’s protecting. And of course, he never complains about much, which is what makes him so efficient and practical in the face of difficult situations and choices. 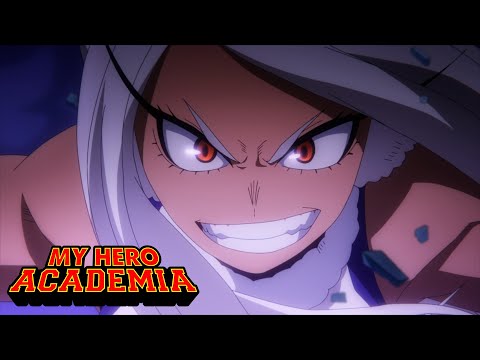 The OG bunny girl hero from . The one who we see putting in the work in the last part of S5, and shining bright with the ass-kicking she dishes out in season 6.

She’s the type of person who chooses to live life to the max so she doesn’t have any regrets should anything bad happen. This mindset is shown in full display when she fights off multiple Nomu singlehandedly and manages to survive.

She never complains and wouldn’t dare to. The way she see’s it if you can do something about the problem you have more than a fighting chance. And that’s why she never allows pressure to make a victim out of her.