body proportions is one of the stupidest arguments you see on social networks. Usually when there’s controversy.

In fact body proportions in , mainly female characters, is why controversy sparks in the first place.

Some self righteous, holier than thou westerners complain how:

And completely throw context out of the window, not caring to understand the facts, logic, or look at things rationally.

In a way, critics look at characters as real based on how they treat a piece of fiction as if it’s reality. And it should follow the same rules.

Ignoring exceptions like Ilulu from Miss Kobayashi’s Dragon Maid, who’s blatantly drawn unrealistically, the average character is much closer to reality than most think.

Including the exhausting critics who take every opportunity to point the finger as if is not usually realistic. 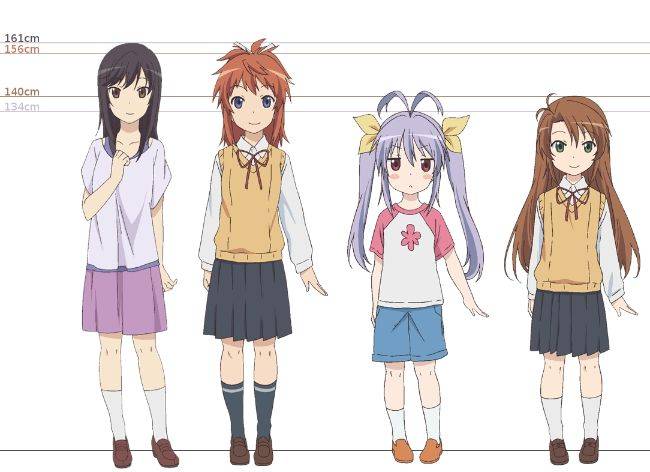 In , this is how the average kid tends to be drawn, outside of exceptions.

Renge for example (the smallest character) is a 7 year old kid. Most kids obviously don’t have purple hair and fancy hair , but in all seriousness it’s a realistic look.

Hotaru on the left is about 11 years old. Again, ignoring exceptions average 11 year olds in are drawn like this. And it’s a realistic design.

Natsume with orange hair is about 13, with Komari on the far right, despite being small, is 14 years old.

Focusing on Japanese society, how they look is on point and not at all unrealistic or foolish. 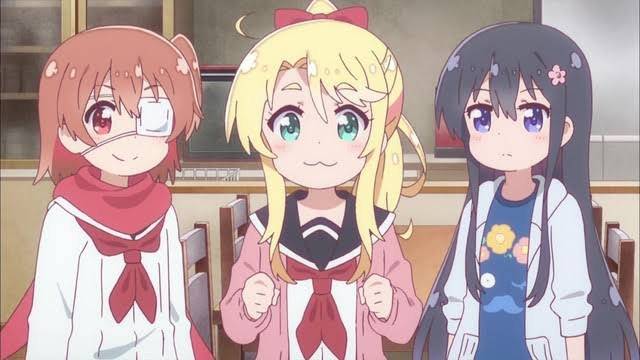 The trend follows even when the art style changes a little. In this , 8-11 year olds look like what you see in the image.

Even going outside of Japan and how Japanese would look, this is believable. Ignoring the focus on being “” that is.

Still in the realms of reality. 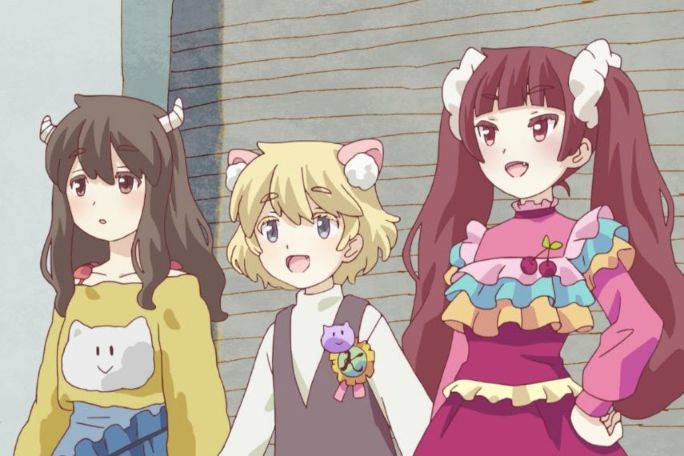 In this range, just like in real life, things can differ. But it’s still on the side of realism.

These characters in the image are 16+ years of age. Not hard to believe as a standard, especially if you go by East Asian standards in particular.

They are of a smaller height after all, and girls aren’t typically tall as an average. 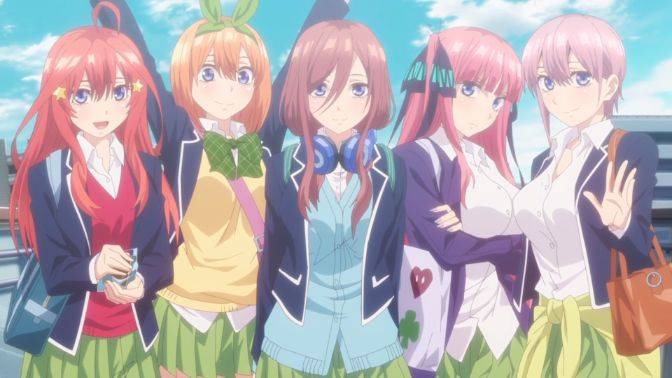 Then there’s the group of girls in the 17+ age range. Many are on the bigger, “thicker” side of things.

But not all are.

In this case, all the Nakano sisters (quintuplets) are as realistic as it gets, aside from the fact it’s animated and they have unrealistic hair colors.

Walking around a college campus (if you’re in college) makes this point loud and clear. Even here in the west, never mind Japan or East Asia. 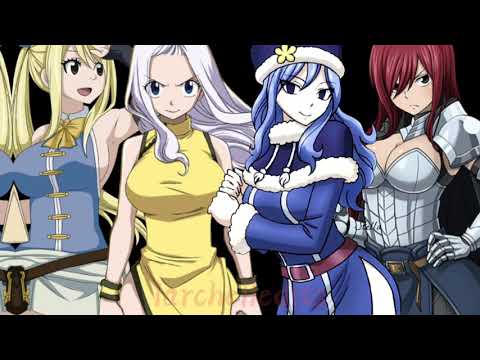 And that extends into the 18-19+ age range, and how the body proportions are in relation to it.

Heartfilia, Mirajane Strauss, Juvia Locker, Scarlet… These are just a few of the girls in who are not just on the bigger side, but have realistic proportions and body types.

People may complain about fan service, but this fact of how they’re proportioned realistically is undeniable.

That’s regardless of how you feel about it (or critics who stir up controversy all the time). 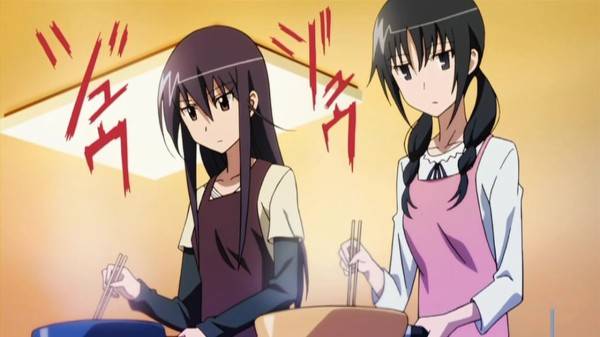 And finally you have other variations like the girls in Seitokai Yakuindomo.

They’re in the 17+ range of age, and no one would see this and convince themselves that it’s unrealistic in any way.

It’s very real, I think it just makes some girls in real life insecure when they see certain characters. 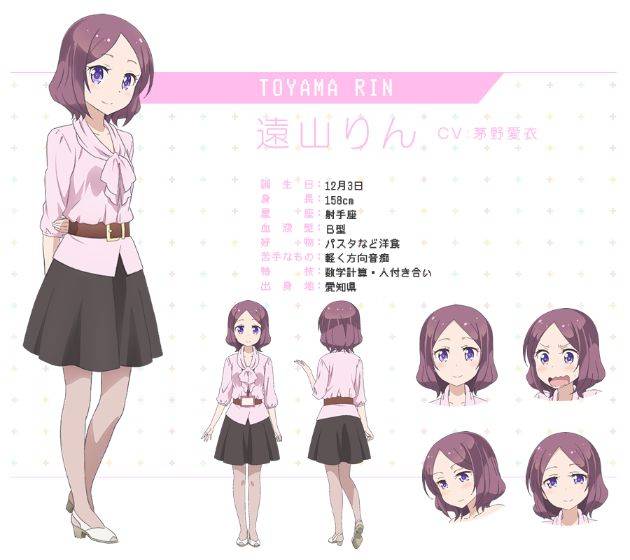 Rin Toyama from NEW Game is 25 years old. Despite the ‘s cutesy designs and focus on ““, there’s still some sense of realism to the designs of characters.

When it comes to characters, there’s a little more variation because of the type of that have these age groups. 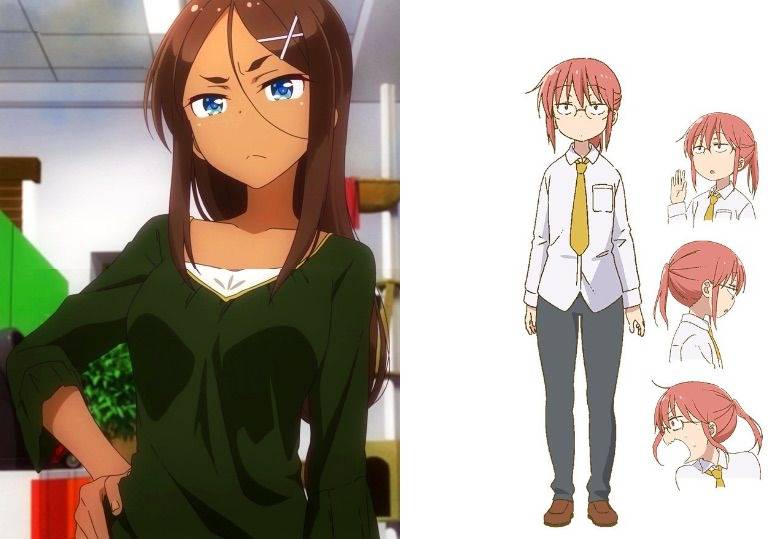 As you continue to look at characters over 20+ years old, there’s obvious variations, but still a lot of realism and relatability.

Umiko is a tad more stacked than Kobayashi, but similar (and realistic) body types overall.

It’s closer to reality, as its the average across the board. 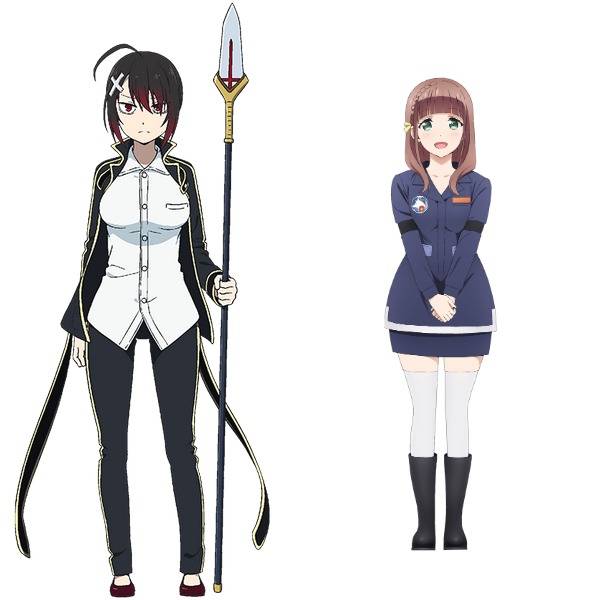 Even in more obscure series, the female characters still represent a realistic idea of what real people look like.

Not including the obvious random hair styles and what not.

Both characters (above), including Ichika Saotome to the left are 25 years old. 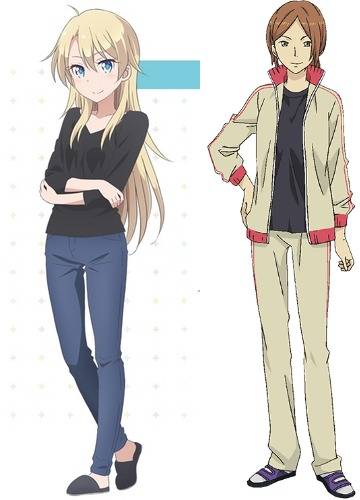 Both are slice of life , a genre with more realistic elements than others, but still they represent a side to the real world most don’t associate with (because of bias).

Not every or most girls have exaggerated designs, that’s just what drives controversy and gets mainstream at times.

boys compared to girls (admittedly) are more simple as far as designs. But then again, that’s true in real life as well.

kids, teenagers, young adults or grown adults, there’s a consistency and realism to the designs.

There are variations to that of course depending on the designer or .

Even though many teenagers are drawn unrealistically in Shonen (muscular, etc) generally speaking the average has a relatability feel to it.

So it’s not just female characters, controversy aside. 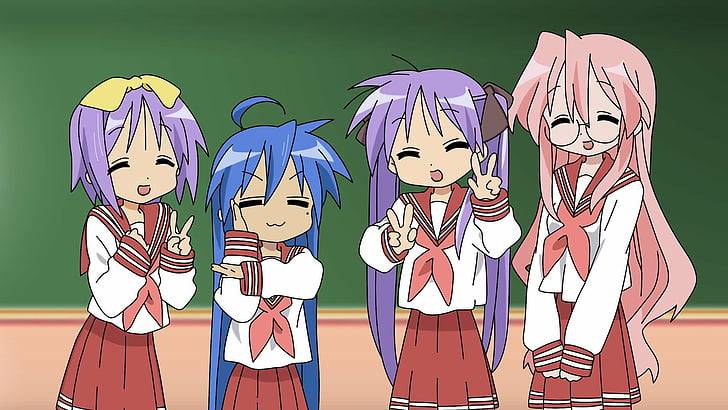 In series like Lucky Star, which is by Kyoto Animation, these realistic aspects are thrown out the window.

Konata Izumi with blue hair is apparently 17-18 years old. But the drawings don’t imply that at all.

Kagami Hiiragi, to the right of Konata, is also in the same age range as well.

This is a running theme in Lucky Star’s art style and designs.

It’s not about realism, at least not from a design point of view. But more about their lives and what they get up to. 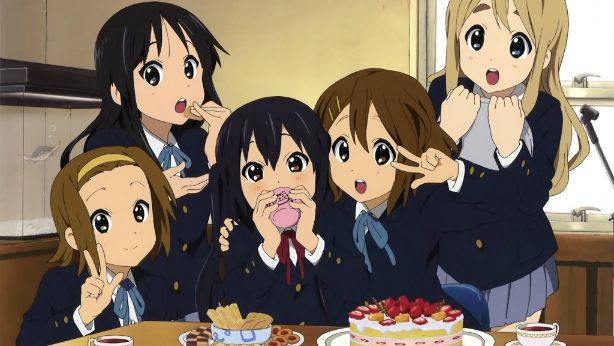 K-On, another slice of life by Kyoto Animation is the definition of “Moe”.

While Moe isn’t as extreme as the other exceptions with body proportions, it’s still relevant.

Only certain aspects of their designs can be considered realistic, while others aren’t.

It’s almost a balance of both worlds.

All the girls in the above image are 18 years old by the end of the series. 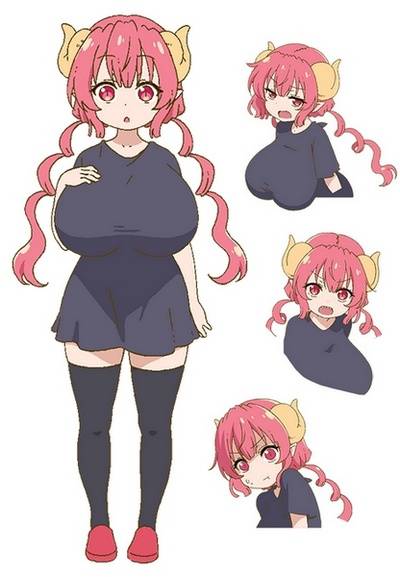 And if we go to characters like Ilulu from Miss Kobayashi’s Dragon Maid, we can clearly see it’s an exaggerated design.

Not only is it exaggerated as far as her height and insanely massive tiddies, but also when judging her real age.

Ilulu is pretty much a “Loli”.

The simple definition means little girl, but the extended definition is an girl who appears young, but is actually 100’s of years older than she looks.

This is a common theme and a running trope (or joke) in . It’s a deliberate cliche that fans get a laugh out of. 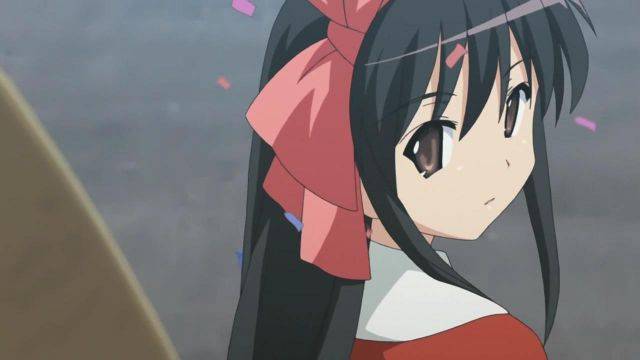 Even a character like Shana from is the same way.

She appears to be at least a teenager, but she’s many times older than she looks because she’s a flame haze. A type of warrior who’s immortal.

Once you become a flame haze in this , your age, looks, and appearance freezes. And you appear that way forever.

In the cases of Loli’s, Chibi or Moe characters, realism is hardly the focus as far as designs and proportions.

It’s more about portraying an image of youth, something , or otherwise. Usually to the extreme. 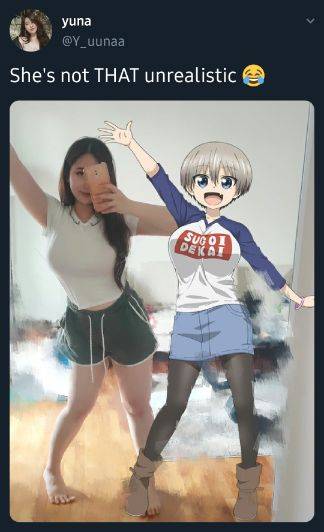 As we see with this girl, there’s a real life comparison for the design. And this is despite the fact Uzaki Chan is from an ECCHI .

Ecchi tend to have the most unrealistic designs going, and there’s still real life comparisons to be made.

The unrealistic argument holds no weight in the grand scheme of things. 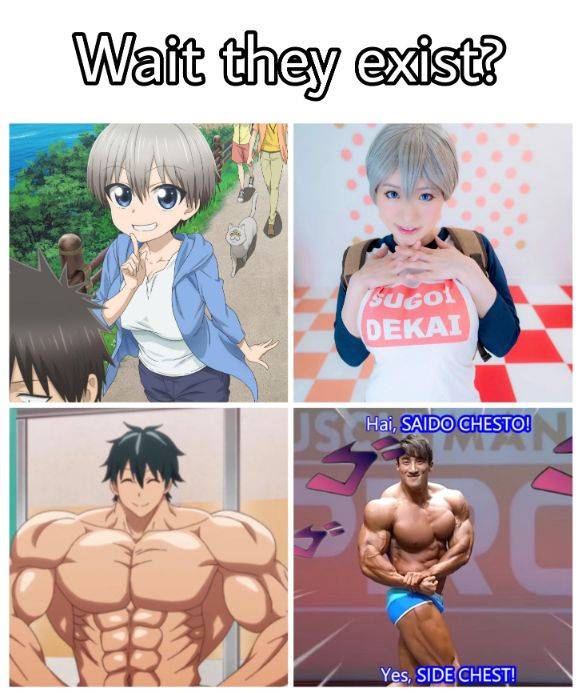 It’s the same thing here with the direct comparisons. It’s really not unrealistic at all.

Now of course these are only anecdotal, so they’re not helpful in the bigger picture of things, but for what its worth it makes a point.

There’s no sense in it anyway. But 100’s of cosplayers do make a statement without meaning to though.

body proportions may not be 100% because they can’t be anyway. It’s animated.

That said, as a rule the drawings and art is realistic, relatable, and true to life. With some exceptions when it comes to male or female characters of certain ages.

That’s why is completely different to “cartoons”. It’s for a audience generally speaking, and the art style, unless intentional, tends to realistic rather than childish. 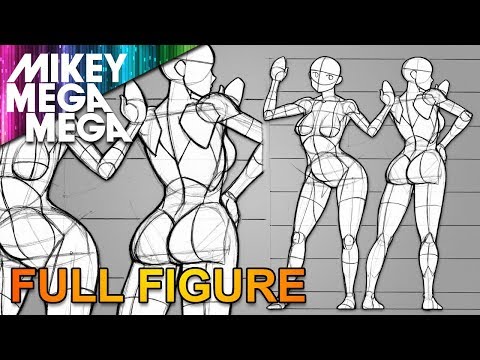 Anime Body Diversity, And How Its Evolved Over The Years

This Is Why Anime Characters Are So SKINNY With Perfect Bodies