How many shows are even based on real events?

I think we can both agree there aren’t many. You probably have more fingers on both hands than there are ‘s based on true stories.

Of all the shows I’ve watched and seen so far… And of all the recommendations I’ve seen from others, it seems there are 2 ‘s worth mentioning.

And when there are more I’ve watched, I may update this post.

So let’s get started!

‘s Based On Real Life Events:

Kancolle, also known as Kantai Collection is a slice of life/military series. Based on the original online video .

So how’s this based on real life events?

The weapons each character’s equipped with are the same weapons used in World war 1/world war 2.

And many other tragic wars that have happened throughout human history.

Let’s use a character called “Kongou” for example… 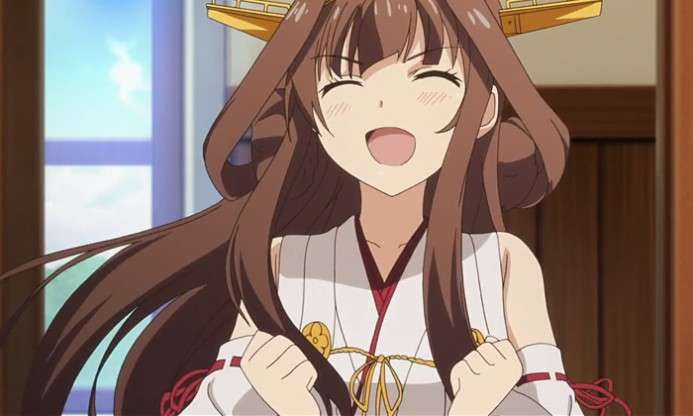 Kongou in the is a battleship made from England, and raised in Japan.

And she’s part of the “Kongou” class of fleet girls.

In the same way, there was a battleship used in the World War named Kongou.

And it was also made in England and then shipped to Japan.

One other fact is – Kongou’s one of the fastest fleet girls within the : Kancolle.

And the real battleship: Kongou was also designed to be fast and powerful.

As well as basing most of its story on history and how it played out to a degree.

Here’s a side by side comparison of Kongo’s battleship in real life vs :

2. The Ambition Of Oda Nobuna

Oda Nobuna is based off the historic Japanese lord, Nobunaga. Who’s goal was to reunite Japan back in the 15th/16th century.

So how is The Ambition Of Oda Nobuna based on history?

Let’s take a character from the called Mitsuhide as an example.

In the she’s a samurai and a military strategist who’s affiliated with Oda Nobuna’s army.

But in real life (or history) Mitsuhide was a male who had the status of a General under the real Nobunaga.

Here are a few more relevant facts about the : Oda Nobuna:

A lot of these references and relations run throughout the entire series.

And it’s one of few legit ’s based on legitimate events that happened throughout human history.

If you know of any more animes based on true events, share your thoughts!