Remember when fans were burning the in 2020? That was over a misunderstanding which caused a lot of “woke” outrage.

Now the same thing is happening with the BLEACH by Tite Kubo. 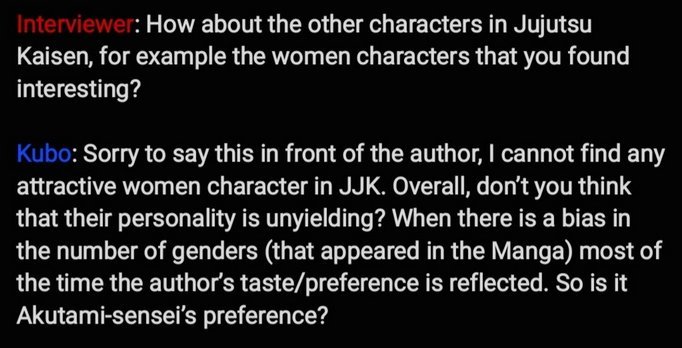 In part of a recent interview with Tite Kubo, the author of BLEACH, the interviewer asked a question about JJK.

In response (when translated) Kubo says:

As usual with the WOKE Twitter crowd and those who lack comprehension skills, they’re taking everything out of context.

They didn’t bother to read through the ENTIRE interview and have fallen victim to cherry picking. And are even burning their Bleach .

It’s said some have even shed a few tears in the process and cried a river that would make Justin Timberlake jealous. 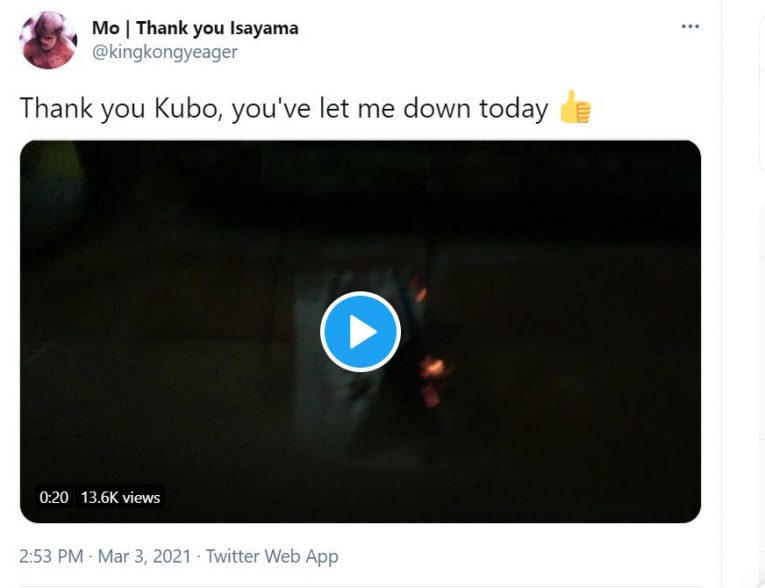 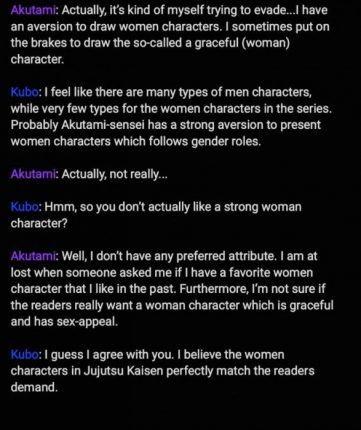 As shown by the image, the full context can be seen here. Fans cherry picked a piece of the interview and ran with it.

That was simply a lie which the truth has exposed in black and white.

“I believe the women characters in Jujutsu Kaisen perfectly match the readers demand.”

He’s speaking to the point of some fans wanting certain aspects when it comes to female characters. In JJK in particular.

Even this is apparently NOT the 100% correct translation. So it wasn’t the best reflection of his points. 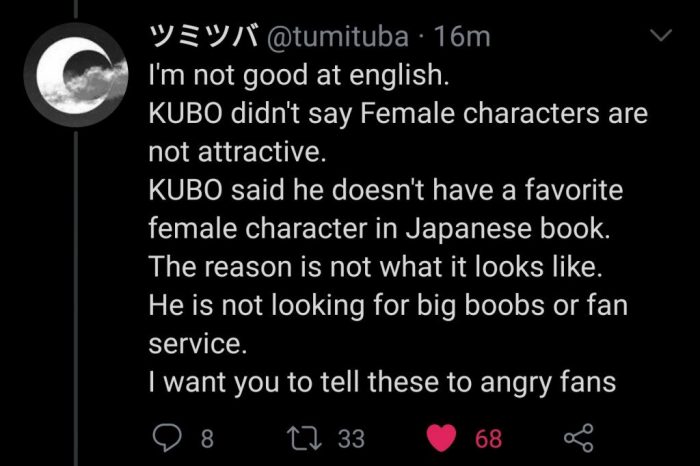 The same thing happened some weeks back when announced a new series.

The translation was inaccurate, and fans went ballistic just before they deleted the Tweet in a flash.

Then cancel culture, and the toxicity that comes with it would die overnight.

That’s asking a little too much though. This is just one more reason why some people avoid the community.