Angels Of Death is a horror/psychological series that has a strong start with themes similar to Death Note. The first episode is an introduction to the horror that awaits.

Rachel is a girl who’s gentle, fragile, but smart and intelligent. Isaac is the unexpected partner who’s stupid but has an interesting character.

Both of their experiences is what creates the quotes, the depth of those quotes, and ultimately the dark topics in this .

Let’s get into the best quotes the has to offer. 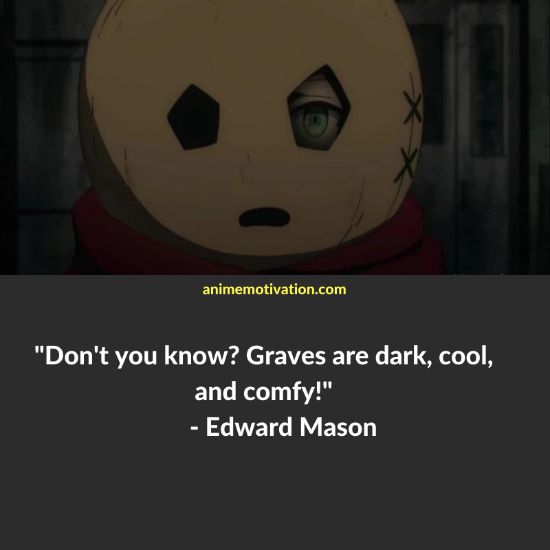 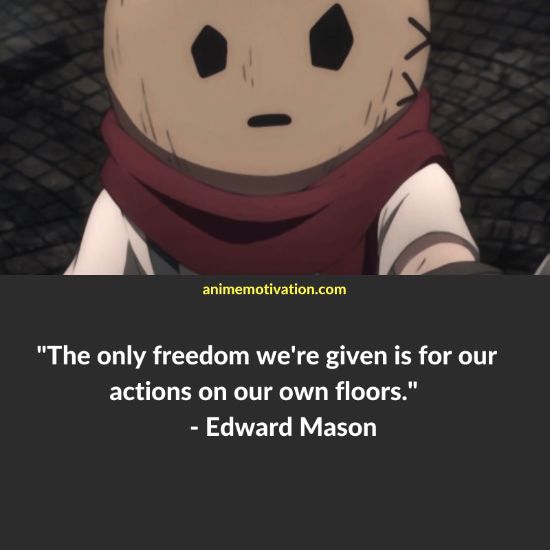 “The only freedom we’re given is for our actions on our own floors.” – Edward Mason 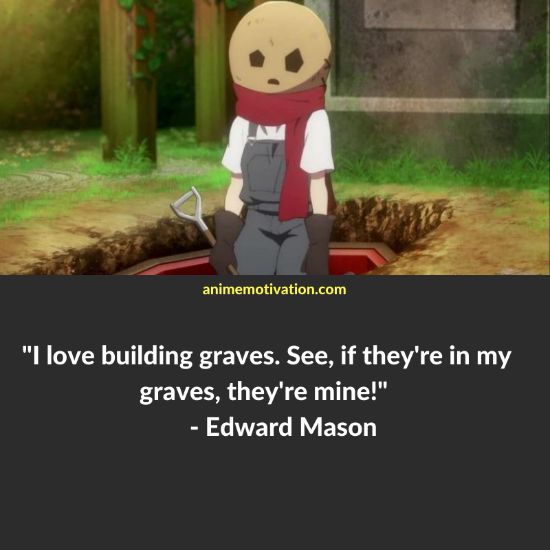 “I love building graves. See, if they’re in my graves, they’re mine!” – Edward Mason 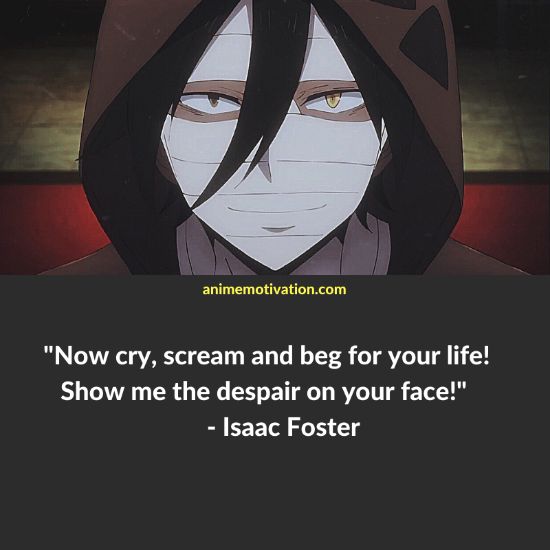 “Now cry, scream and beg for your life! Show me the despair on your face!” – Isaac Foster 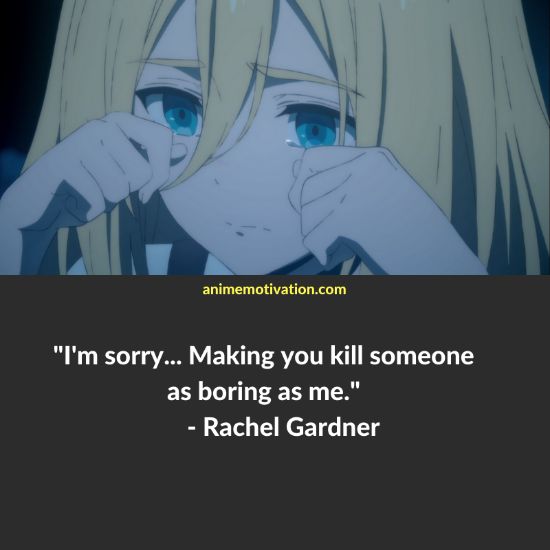 “I’m sorry… Making you kill someone as boring as me.” – Rachel Gardner 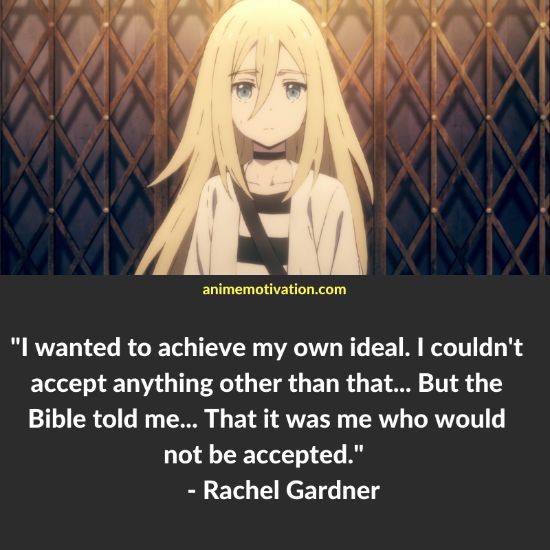 “I wanted to achieve my own ideal. I couldn’t accept anything other than that… But the Bible told me… That it was me who would not be accepted.” – Rachel Gardner 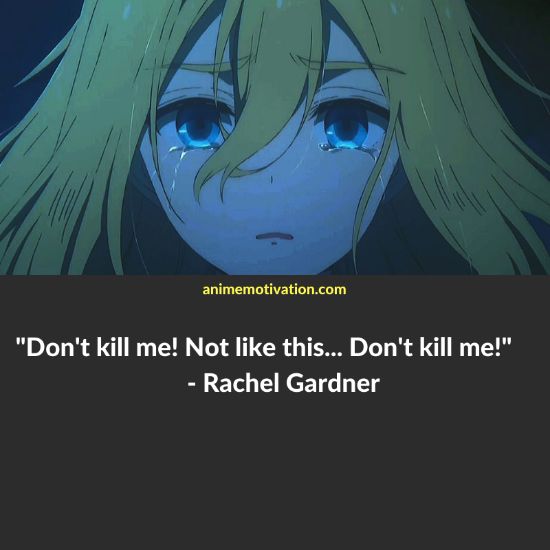 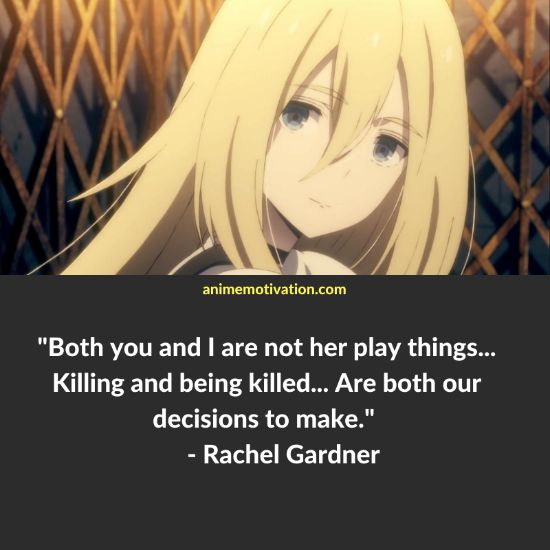 “Both you and I are not her play things… Killing and being killed… Are both our decisions to make.” – Rachel Gardner 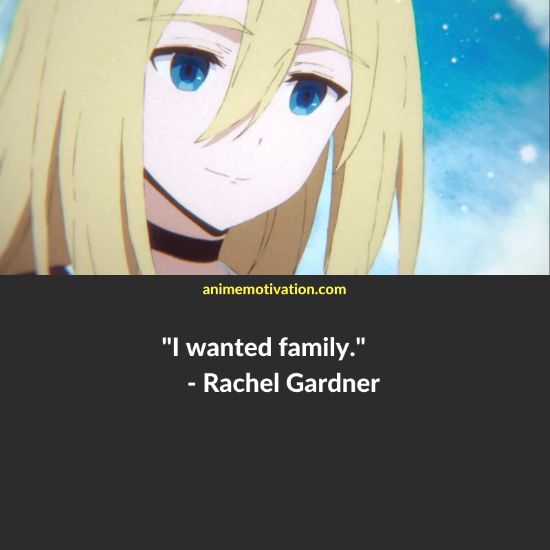 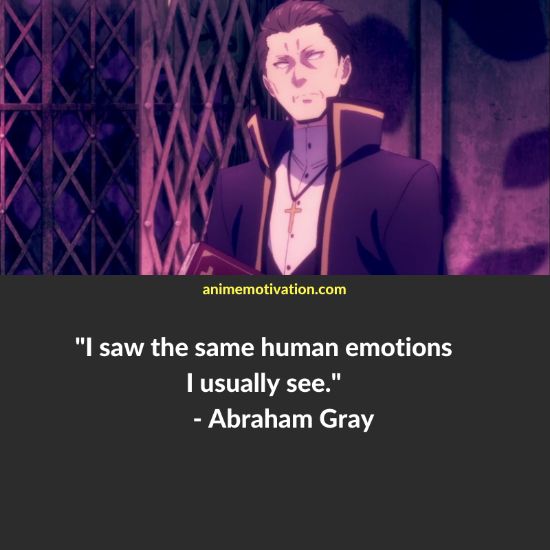 17+ Of The Greatest Horror Anime That Will Get You Invested