“There are real heroes in the world.” – Alibaba Saluja

Alibaba Saluja is a warrior from Magi: The Kingdom Of Magic .

Throughout the first half of the , he experiences hardships (like being homeless) he eventually overcomes. In turn this makes him stronger.

Not just physically, but mentally.

Alibaba isn’t one to not stand up for his beliefs and speak out for what he believes is right. That’s what makes Alibaba, and his quotes, inspirational and influential. “If nobody cares to accept you and wants you in this world, accept yourself and you will see that you don’t need them and their selfish ideas.” – Alibaba Saluja

Accept yourself before you worry about making others accept you. Because the truth is, when you accept yourself, you don’t need anybody else to accept you for who you are. “Friends are like balloons. Once you let them go, you can’t get them back. So I’m going to tie you to my heart, so to never lose you.” – Alibaba Saluja

Sometimes when you let go of certain things, that’s it. There’s no turning back or changing your decisions. “The people don’t want a king. They want to live happy lives. Even without a king, they can do that.” – Alibaba Saluja

When it all comes down to it, happiness is all that matters. “No matter how crazy it may be, or how dangerous it may be, even if it’s something personal, it doesn’t matter! Anything that you’re worried about, I’ll worry right along with you and think of a solution!” – Alibaba Saluja

As bad as things might be, there’s always a solution. That’s the lesson behind this quote! 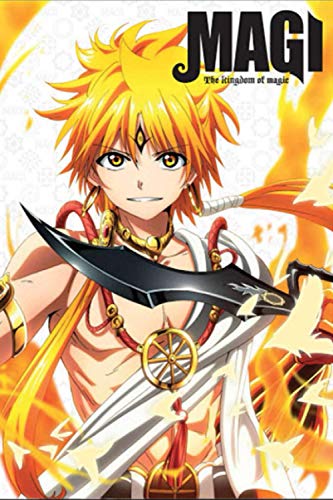 nime Gift For Teen Girls Boys Men Women, Notebooks Alibaba Start Shopping
We earn a commission from Amazon & other affiliates if you make a purchase at no additional cost to you.