Aldnoah Zero is a sci-fi series with militant aspects to the main story. So naturally there are quotes that reflect the war, violence and moments of despair that give life to the characters.

Let’s get into the quotes!

“Well, dying for honor isn’t such a bad thing. Because it’s hard to survive and live in misery.” – Koichiro Marito

“Like hell anyone’s safe. We’re all on the battlefield now.” – Koichiro Marito

“Sins you’ve committed cling to your soul and then continue to haunt you forever.The sins that have gone unpunished don’t get forgiven until you die.” – Koichiro Marito 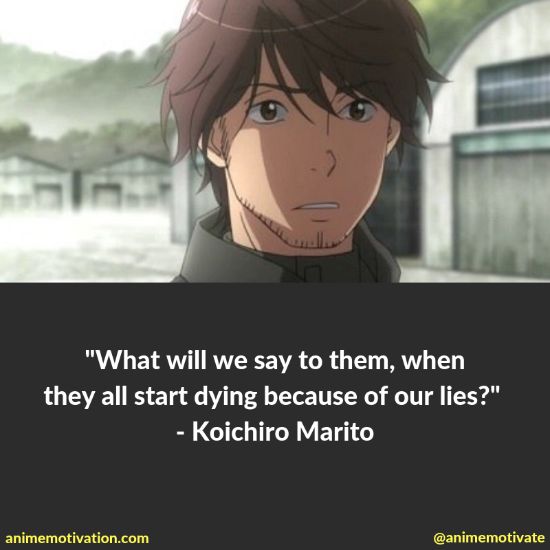 “What will we say to them, when they all start dying because of our lies?” – Koichiro Marito 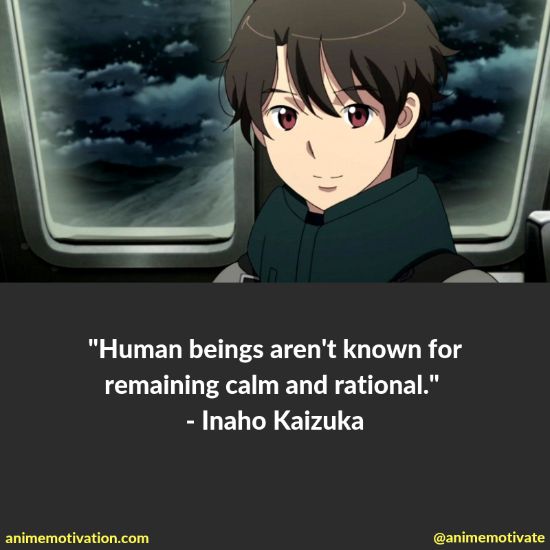 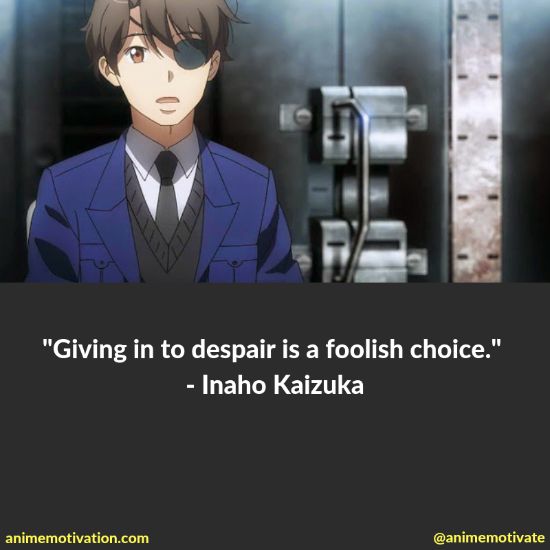 “Giving in to despair is a foolish choice.” – Inaho Kaizuka 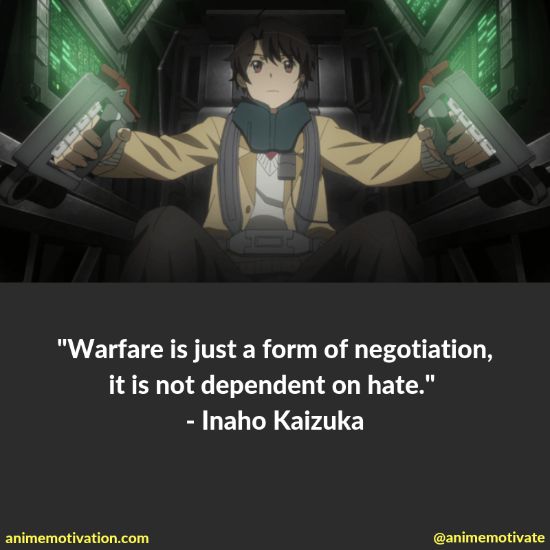 “Warfare is just a form of negotiation, it is not dependent on hate.” – Inaho Kaizuka

“When everyone knows an enemy could come at any time, human beings aren’t known for remaining very calm.” – Inaho Kaizuka

“Right, It’s too late for doubts now. There is no returning from this place I’ve come to.” – Inaho Kaizuka 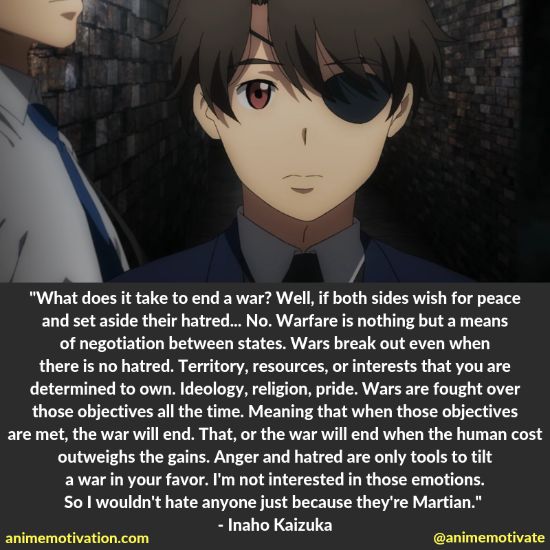 “What does it take to end a war? Well, if both sides wish for peace and set aside their hatred… No. Warfare is nothing but a means of negotiation between states. Wars break out even when there is no hatred. Territory, resources, or interests that you are determined to own. Ideology, religion, pride. Wars are fought over those objectives all the time. Meaning that when those objectives are met, the war will end. That, or the war will end when the human cost outweighs the gains. Anger and hatred are only tools to tilt a war in your favor. I’m not interested in those emotions. So I wouldn’t hate anyone just because they’re Martian.” – Inaho Kaizuka 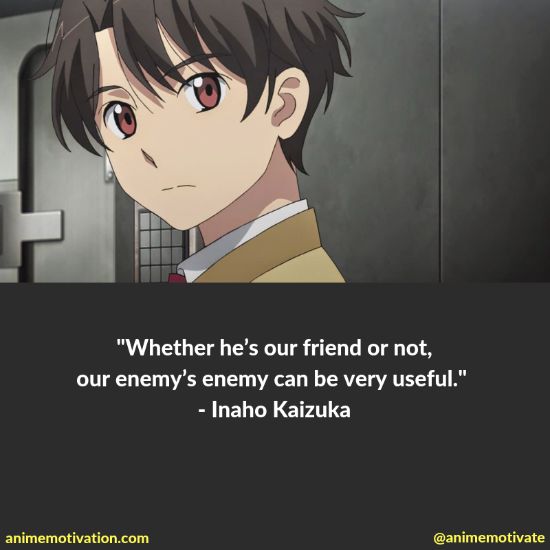 “Whether he’s our friend or not, our enemy’s enemy can be very useful.” – Inaho Kaizuka 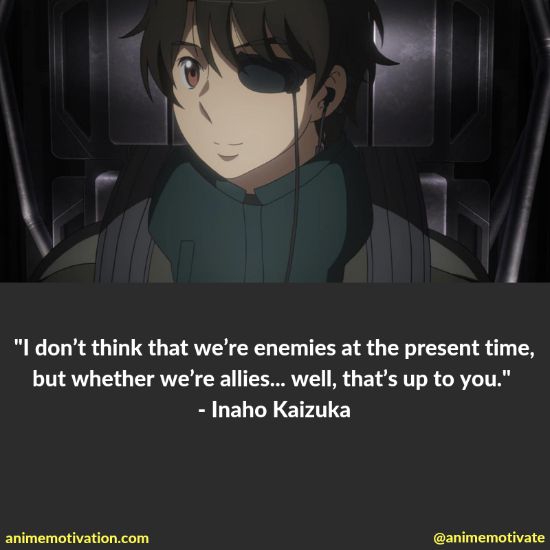 “I don’t think that we’re enemies at the present time, but whether we’re allies… well, that’s up to you.” – Inaho Kaizuka 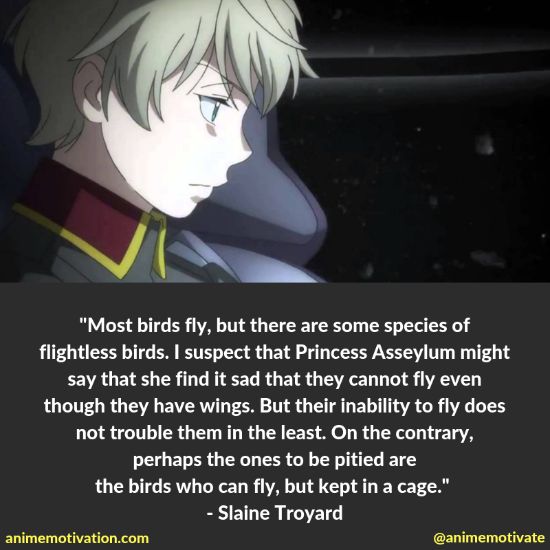 “Most birds fly, but there are some species of flightless birds. I suspect that Princess Asseylum might say that she find it sad that they cannot fly even though they have wings. But their inability to fly does not trouble them in the least. On the contrary, perhaps the ones to be pitied are the birds who can fly, but kept in a cage.” – Slaine Troyard 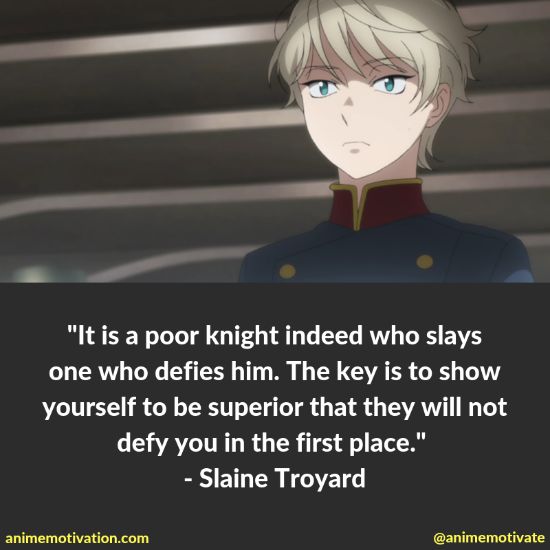 “It is a poor knight indeed who slays one who defies him. The key is to show yourself to be superior that they will not defy you in the first place.” – Slaine Troyard 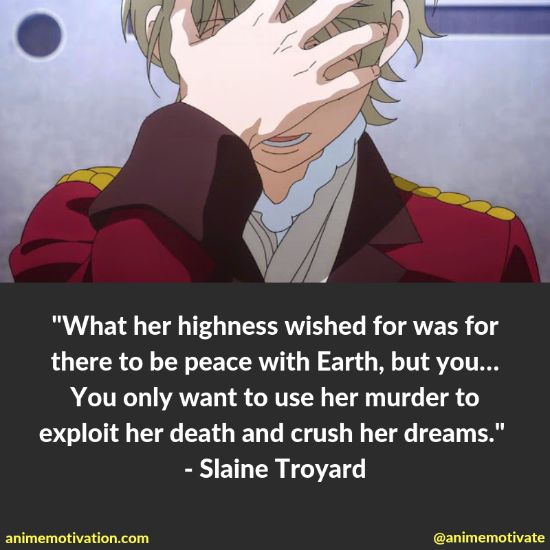 “What her highness wished for was for there to be peace with Earth, but you… You only want to use her murder to exploit her death and crush her dreams.” – Slaine Troyard 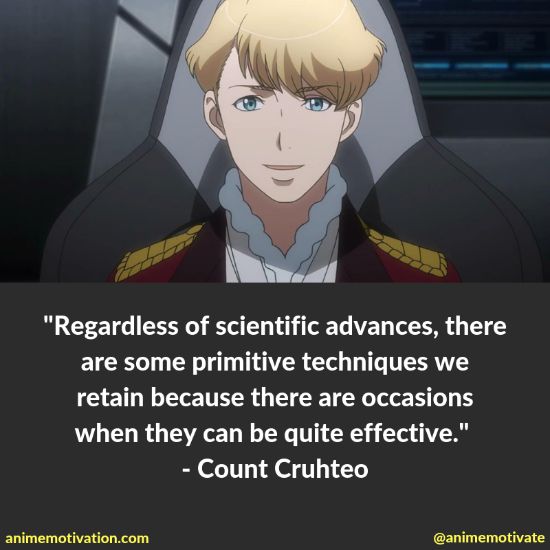 “Regardless of scientific advances, there are some primitive techniques we retain because there are occasions when they can be quite effective.” – Count Cruhteo

“When a dog soils the carpet, its master is responsible.” – Count Cruhteo

“Water and air in such vast quantities that they can bend light. That’s amazing!” – Asseylum Vers Allusia

“I thought I was going to bring peace. I thought that I could bring it about myself, but really I was just acting like a spoiled child with a new toy.” – Alleysum Vers Allusia

“How can these people not hate you for what you’ve done to us!?” – Rayet Areash

“I will never trust them. Every last Martian is the enemy to me.” – Rayet Areash 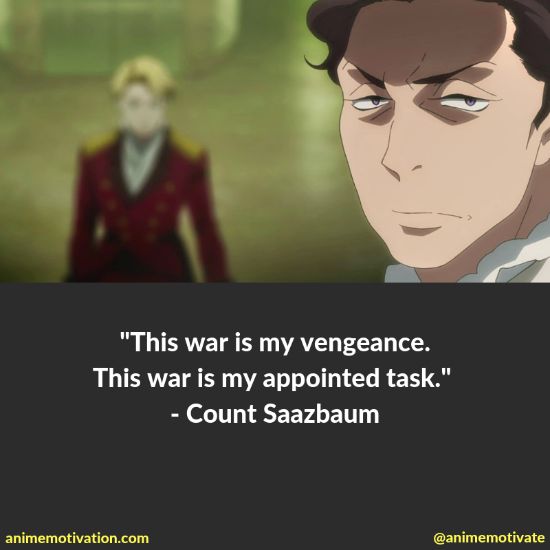 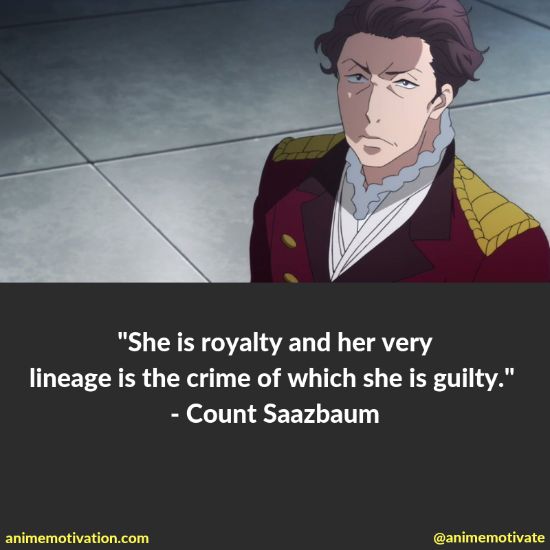 “She is royalty and her very lineage is the crime of which she is guilty.” – Count Saazbaum

“It is a lord’s duty to wage war to continually expand his domain for the benefit of his vassals.” – Count Saazbaum

“You’re young, it’s unfair. But now you are warriors, and it’s your job to safeguard the peace and safety of Earth.” – Darzana Magbaredge

“Die with valor or die with cowardice. You think you’re making some noble choice here?” – Trillram