As an anime collector who loves to photograph your figures, you may take inspiration from others, too.

After all – buying and photographing anime figures is more than a hobby.

There’s a whole community built around it, with many communities online.

Here are some of the best anime action figure photography images worth sharing! 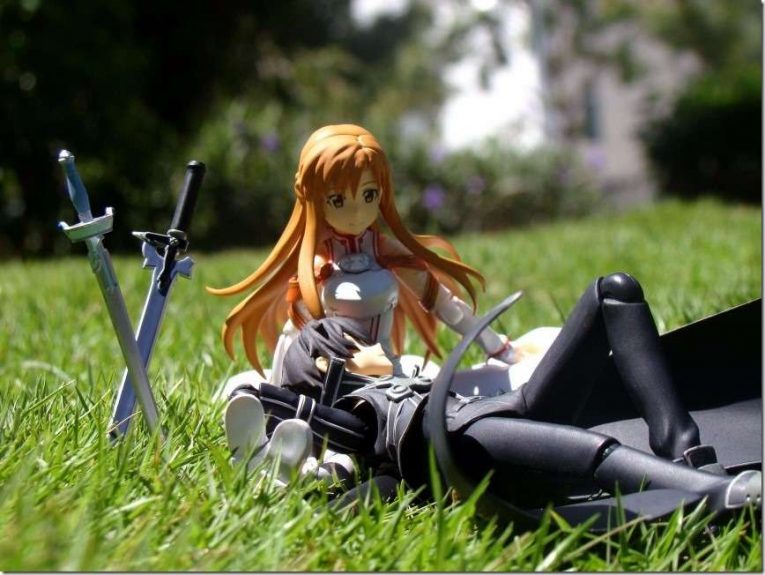 Kirito and Asuna are out enjoying the cool-weather breeze as a couple. 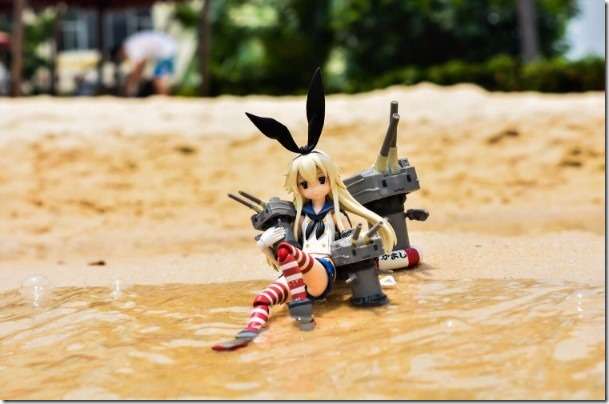 Shimakaze from Kancolle, taking a moment to chill out.

A quick selfie before traveling back in time doesn’t hurt, right? 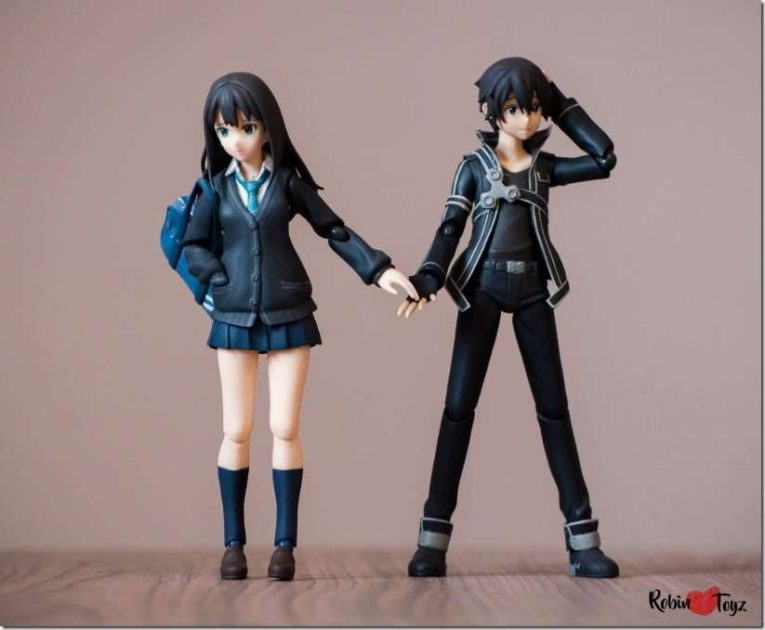 A little awkward, but still a great shot of Rin from Idolmaster and Kirito from .

5. Yui Hirasawa playing the guitar in her She looks focused, too!

7. Futaba Anzu’s having a bit of a rough day

You can blame the fast-food (Junk Food) for Anzu’s facial expression!

8. Shimakaze and Amatsukaze hanging out together (’s)

Somewhere near the beach, and close to a cave… 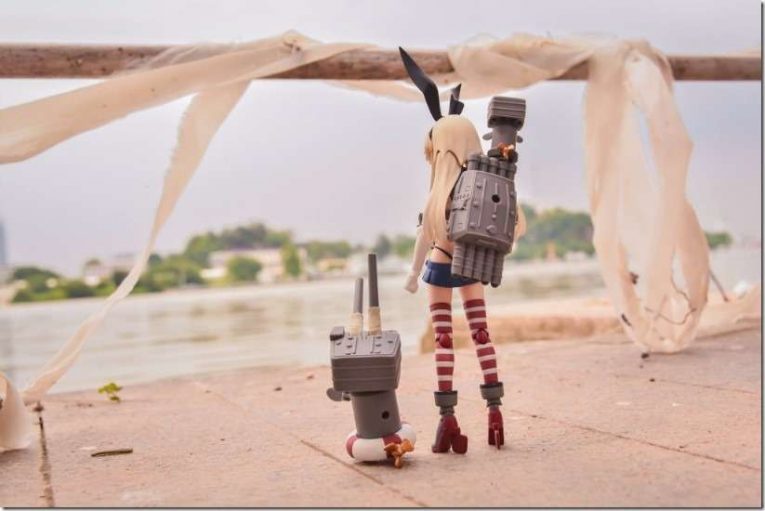 Armin’s freaking out, Eren’s relaxing and Mikasa’s launching a snowball at Armin…

11. Rei Ayanami’s feeding squirrels out in the snow

Cute bedroom for a cute character. Courtesy of anime: Bakemonogatari.

13. Asuza has no idea what her Senpai’s have planned for her…

14. Kirito And Asuna reading together

They’ve both got a bunch of red apples to themselves for snacks!

15. Super Sonico In the kitchen doing some baking…

While the little kitty-cat sits watching…

16. Koyomi, Kobayakawa and Karen are in a bit of a pickle…

Anime: Bakemonogatari and Love Plus.

Touma from: A Certain Magical Index.

18. Saber relaxing by her bike, thinking about the good times…

Who do you think will win?

20. Tetsuya vs Kagami from Kuroko No Basket

Kuroko Tetsuya’s about to do a slam-dunk…

21. Koyomi from Bakemonogatari walking with his bike…

22. The King Of Knights is a terrible cook, and Shirou’s lost for words…

We can’t all be expert chefs…

Baby Armin and Eren aren’t too happy about it. 😉

“I Like Booty, It’s All About The Curves” Says Shinichirō Watanabe (Cowboy Bebop Director)

27+ Of The BEST Anime Girls With Long Hair